Accessibility links
Interview: Richard Breitman and Allan Lichtman, Authors Of 'FDR And The Jews' President Franklin D. Roosevelt said little and did less on behalf of Jews trying to get out of Nazi Germany; but he also won Jewish votes by landslide margins and led the Allies to victory in World War II. A new history by Richard Breitman and Allan Lichtman revises FDR's performance upward. 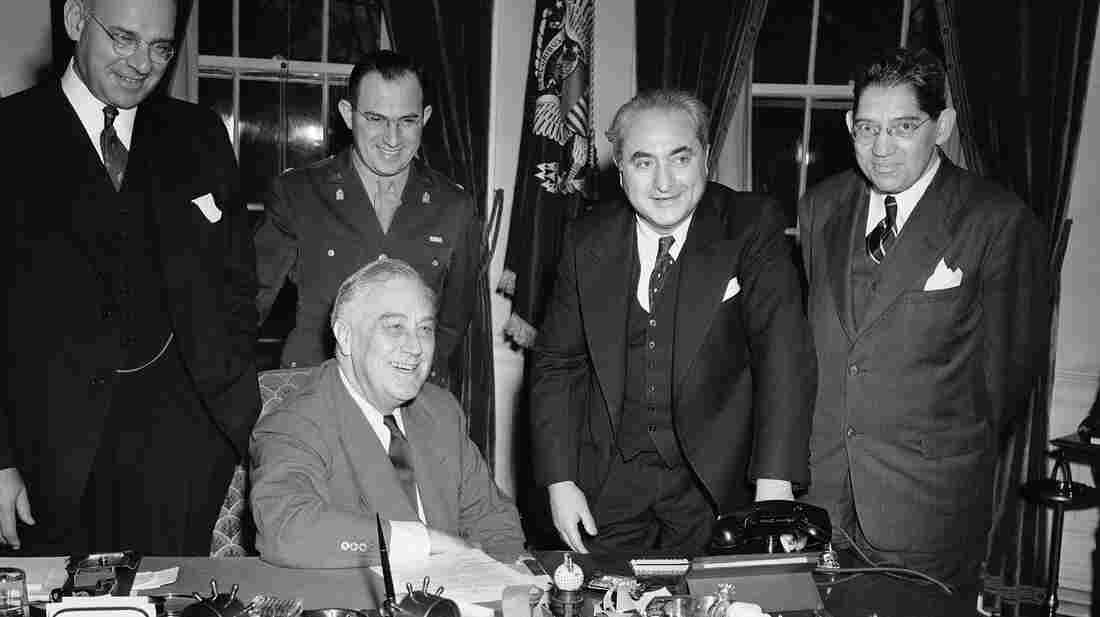 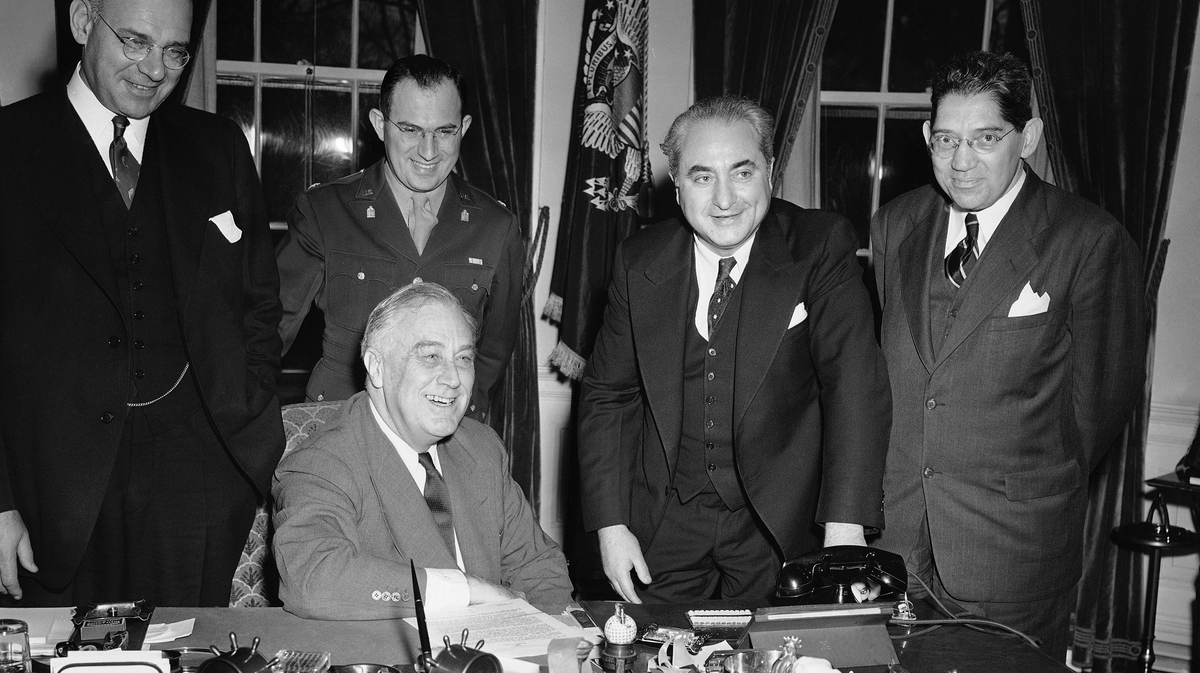 The subject of President Franklin D. Roosevelt's relationship with the Jewish community is complicated, multidimensional and contentious. On the one hand, the former New York governor won Jewish votes by landslide margins and led the Allies to victory in World War II, defeating Nazi Germany. Some of his closest advisers and strongest supporters were Jews, including Felix Frankfurter, whom he named to the Supreme Court, speechwriter Samuel Rosenman and Treasury Secretary Henry Morgenthau. 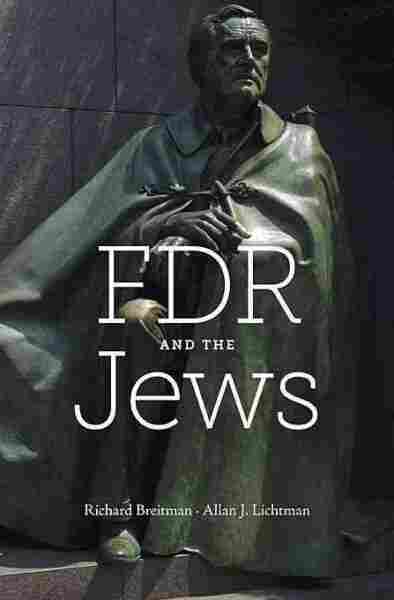 FDR and the Jews

On the other hand, FDR said little and did less on behalf of Jews trying to get out of Germany in the 1930s. He has been faulted for not diverting military resources to destroy the Nazi infrastructure of genocide and for not pushing Britain to admit more Jewish refugees to Palestine. Some have even accused him of abandoning the Jews.

FDR and the Jews is a richly detailed account of the president's relationship with that community in which historians Richard Breitman and Allan Lichtman deliver an upward revision of Roosevelt's performance.

Fear Vs. The Reality Of Anti-Semitism

In summing up FDR's record, Breitman and Lichtman write that "his compromises might seem flawed in the light of what later generations have learned about the depth and significance of the Holocaust." But, they add, "Roosevelt reacted more decisively to Nazi crimes against Jews than did any other world leader of his time."

"In some ways, that's a statement about Roosevelt's world and the inadequacies of other world leaders at the time," Breitman tells NPR's Robert Siegel. "But that comparison tells us something: that the world of the 1930s and the 1940s was a very different place, and that Roosevelt had both political constraints and international constraints that we don't often think about today."

In this way, Breitman says, FDR's track record was markedly different from that of British Prime Minister Winston Churchill.

"I think Churchill has the reputation of being philo-Semitic [or appreciative of Jews and Jewish culture] but didn't often back it up with actions. And Roosevelt has the reputation for being unsympathetic but in fact did a number of things behind the scenes which show at least some concern," Breitman observes.

FDR's father raised him to not be anti-Semitic at a time when anti-Semitism was common to their class. During his presidency, however, Roosevelt feared that expressions of his concern for the Jews of Europe would inflame anti-Semitism in the U.S. According to Lichtman, that fear affected how FDR and other leaders of the era dealt with the Jewish question.

But it wasn't just FDR who was afraid. American Jews were also nervous about rocking the boat and bringing a wave of anti-Semitism upon themselves. According to Breitman, "The American Jewish community was divided both over how much they could accomplish politically and how they should go about it."

A Cabinet Member Takes A Stand

The Holocaust has relatively few American heroes, but in FDR and the Jews, Breitman and Lichtman credit Treasury Secretary Henry Morgenthau and his team for taking on the State Department and the War Department in the name of supporting Jewish refugees.

According to Breitman, Morgenthau's subordinates became convinced that key officials in the State Department were "systematically frustrating" rescue plans and other measures to relieve the distress in Europe.

"There was the suspicion that some of [the officials] were anti-Semitic," Breitman says. "There was a certainty that they believed that humanitarian activity in a time of all-out war was at best a distraction and at worst interfering with the war effort." 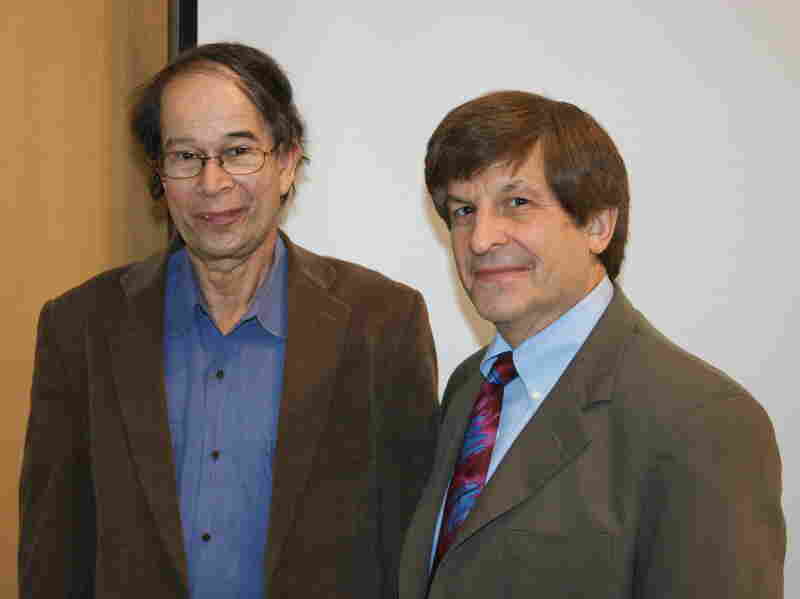 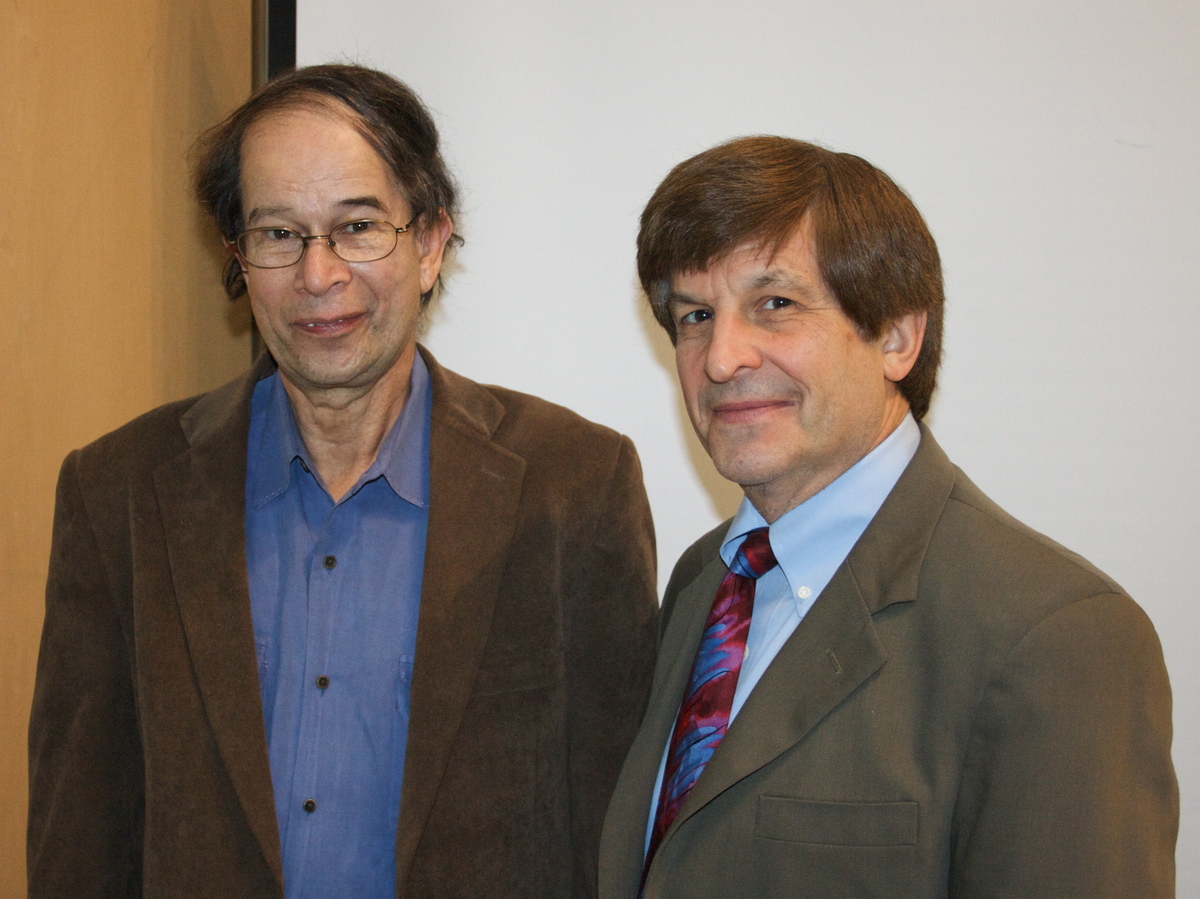 Convinced by his staff, Morgenthau reported the State Department's blocking action to the president, and in January 1944, FDR established the War Refugee Board, which, Breitman says, "saved a substantial number of lives in the last year and a half of the war."

In the end, despite struggling for the political will to aid Jews in Europe, FDR's relationship with American Jews remained strong.

"The Jews revered FDR," Lichtman says. "They voted for him more strongly than any other ethnic, religious or economic group in the United States. And even after the camps were liberated and the horrors of the Holocaust came to be revealed, the Jews still loved FDR. But they understood his limitations; they understood he was not perfect. But they also understood how much better he was for the Jews than any political alternative in the United States or, for that matter, anywhere in the world."

"That's the critical thing," Breitman says, "that we tend, today, to look back and say he didn't do this or he didn't do that. The people who lived in his world saw him against the context of who else was there. And they appreciated the fact that he was better than his predecessors and his rivals."

Read an excerpt of FDR and the Jews