Accessibility links
Afghanistan's Forests A Casualty Of Timber Smuggling Over the past three decades, the U.N. says Afghanistan's forest cover has decreased by about 50 percent — to just about 2 percent of the country's land. The main reason is the illegal harvesting and trade of timber. A visit to Kunar province, near the Pakistan border, reveals that many people, from top officials down, are involved. 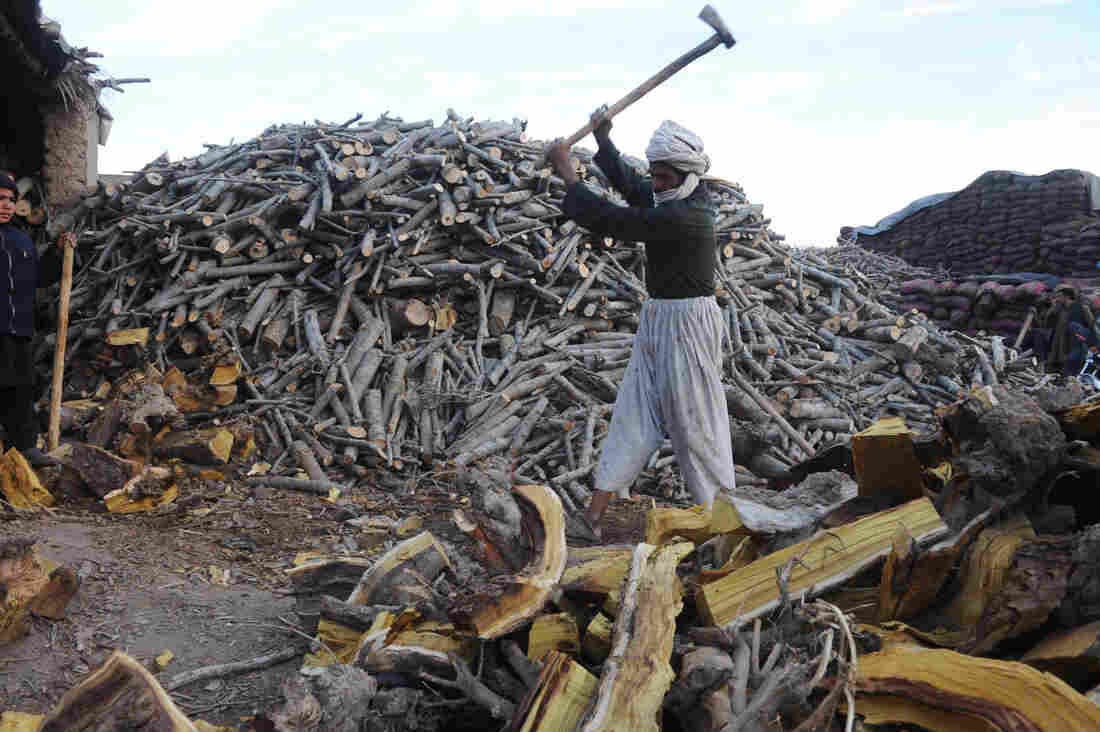 An Afghan laborer works in a firewood yard at a market in Herat on Dec. 11, 2011. Aref Karimi/AFP/Getty Images hide caption 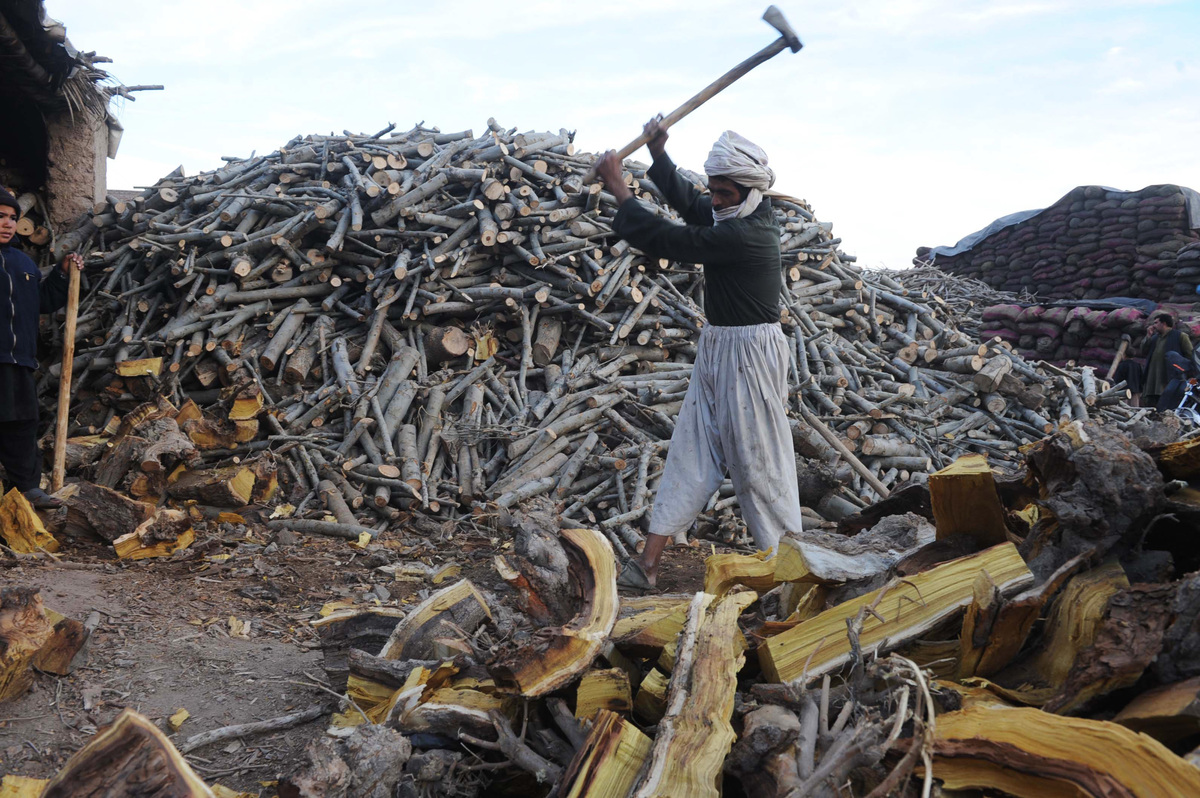 Despite Afghanistan's fierce winter, it's rare to find a house with insulation or a modern heating system. So Afghans rely on bukharis, stoves that look like an oil drum with a big rusty pipe growing out of the top that bends off into a hole in the wall.

That fact keeps the hundreds of wood vendors around Kabul quite happy. This winter, NPR staff fed several tons of firewood into their bukhari — and that's just one house in a city of about 5 million people.

The United Nations Environmental Program estimates that over the past three decades, Afghanistan's forest cover has decreased by about 50 percent.

Wali Modaqiq, deputy director of Afghanistan's environmental protection agency, says that today forests cover only about 2 percent of Afghanistan. He says years of war and drought have felled more trees than wood stoves, which generally burn scrap wood. The big killer of trees, though, is economics.

"There is a huge demand for Afghan timber in the international market," Modaqiq says.

Commercial timber harvesting is illegal in Afghanistan — which leaves a massive smuggling industry to satisfy international demand. The remaining forest is in places like Kunar province bordering Pakistan, which is the main outlet for Afghan timber now. 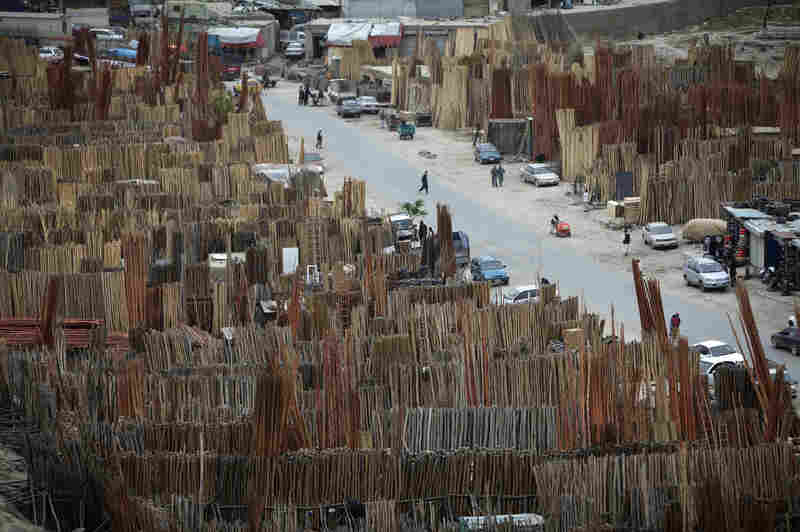 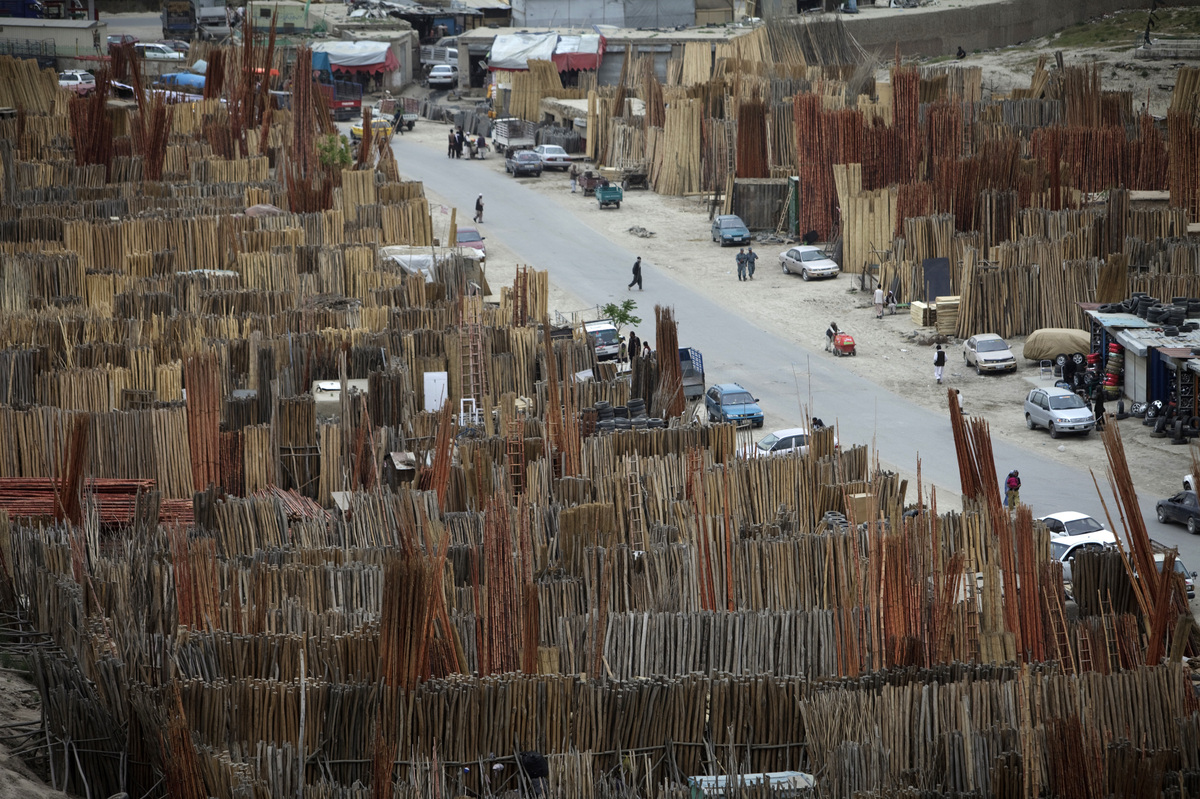 There is no business in Kunar but the timber business, says Haji Hamidullah, a businessman there.

"It's called Kunar, which means the homeland of mountains," he says. "Once upon a time when there was anarchy in here, people started cutting down the forest to make money."

That was during the 1980s war with the Soviets and the subsequent civil war. Now there is law — but law in Afghanistan often doesn't translate from paper to practice, and that applies to the timber business.

"There's a big business running [timber] during the night," Hamidullah says. "All top officials, including the governor, police chief and head of the provincial council, are involved and are paid their share."

Hamidullah knows, because he used to be in the business.

"When I was caught, all of my timber was put on sale by the government despite the fact that I paid a lot of money in bribes to many officials," he says.

Ashaqullah, who goes by one name, is from Asadabad, the capital of Kunar. He is the head of the Youth Provincial Council, but even he acknowledges that he smuggles on the side. He says there is a clear system. 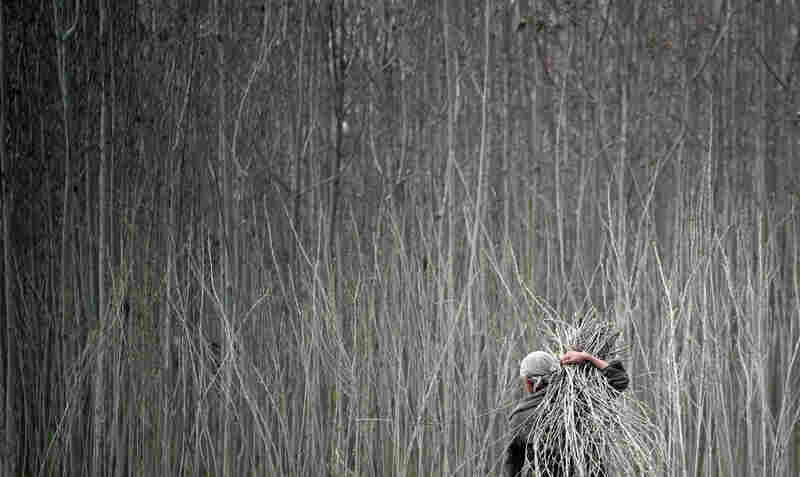 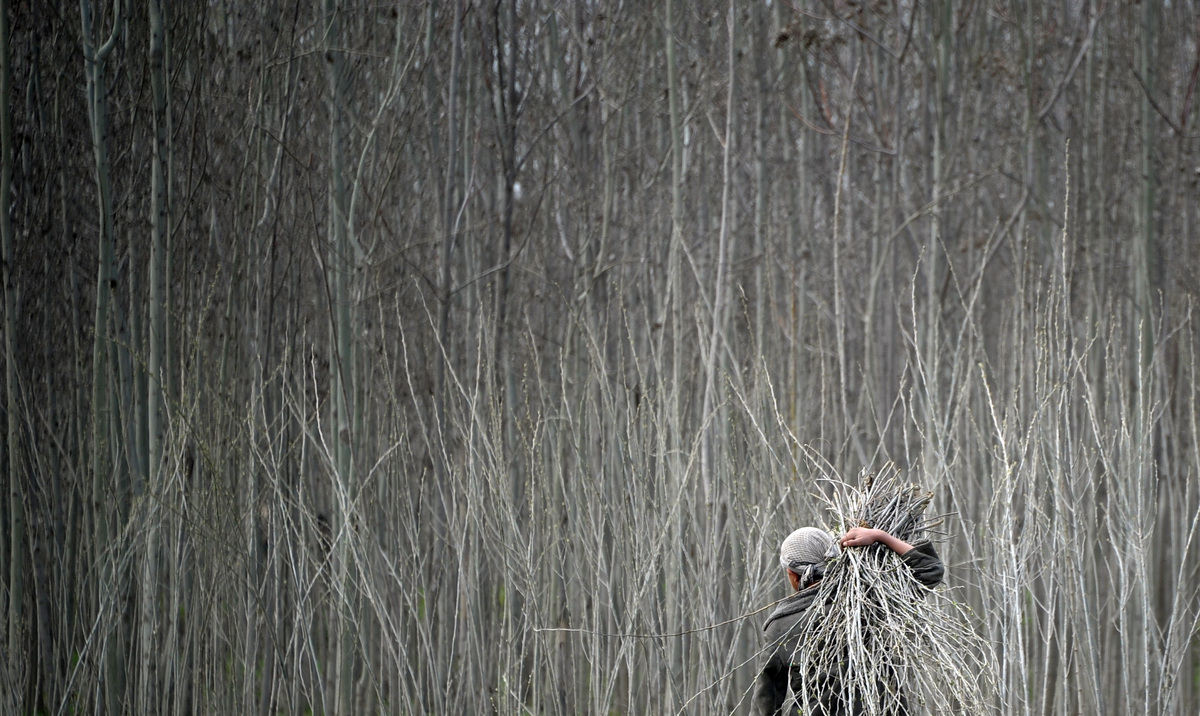 An Afghan carries a bundle of wood in Kunduz province on March 30, 2012.

"A specific amount of tax is levied on each truckload of timber. The deal is made during the day between the officials and the smugglers," he says. "The cutting and transportation goes on at night."

He says dozens of trucks carry hundreds of thousands of dollars worth of timber to Pakistan each night.

Not surprisingly, Fazelullah Wahidi, the governor of Kunar, says this is all bunk.

"Smuggling is not possible now," he says.

"This is a very old story because this was happening in war time," he explains. "But now we have a strong military, we have strong border police, and we have strong national police."

But according to smugglers and residents of Kunar, those policemen are on the take. The governor was about the only person in Kunar who denied that timber is being illegally harvested and smuggled.

Modaqiq, with the national environmental protection agency, points out a Catch-22 that makes it difficult to stop the smuggling.

"Official policy is to involve the local communities to manage the natural resources, especially the forest," he says.

But the local people of Kunar have few ways to earn money other than working for smugglers.

"They are providing job opportunities for those people," Modaqiq says.

So the very people empowered to protect the forests have a strong economic incentive to cut them down. And with law enforcement officials complicit in the business, the remaining forest covering 2 percent of the country may not be standing for long.

An earlier Web version of this story, as does the audio, quoted an Afghan official as saying that three to four decades ago, 50 percent of Afghanistan's total land was covered by forest. In fact, the forest cover has decreased by about 50 percent during roughly the same period.