Accessibility links
Justin Timberlake's Musical Vision Isn't '20/20' The multifaceted star's first solo album since 2006, The 20/20 Experience, offers a muddy view of pop. Critic Tom Moon says Timberlake "is a celebrity feeling out his place in 2013, and you hear his worry." 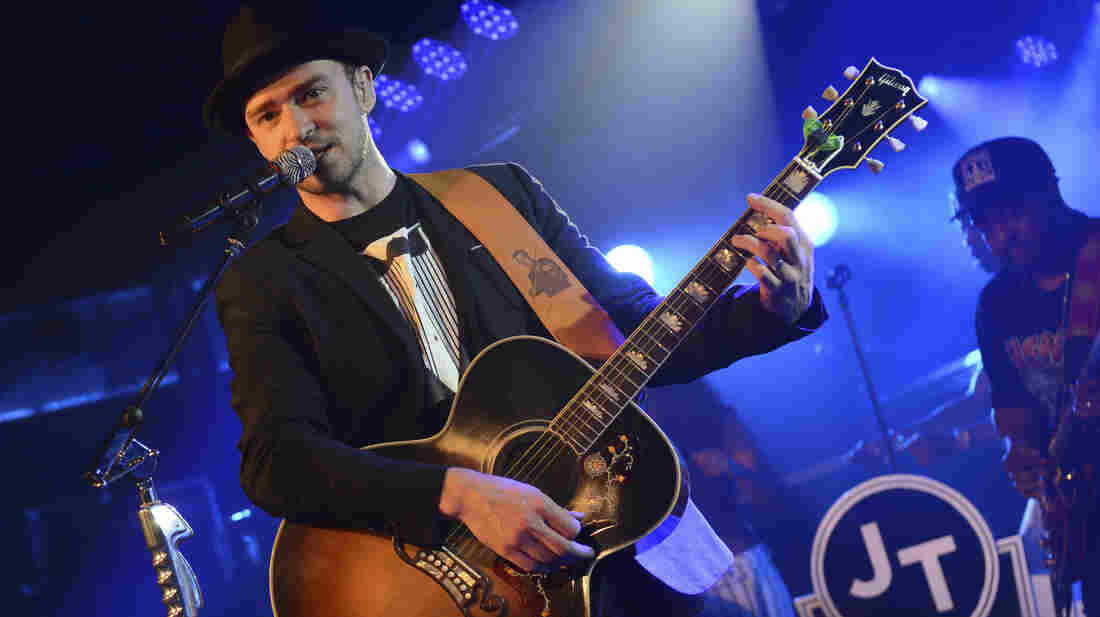 Justin Timberlake performed Saturday at the Myspace Secret Show during the SXSW Music Festival in Austin, Texas. His new album — his first in seven years — is The 20/20 Experience. Jason Kempin/Getty Images hide caption 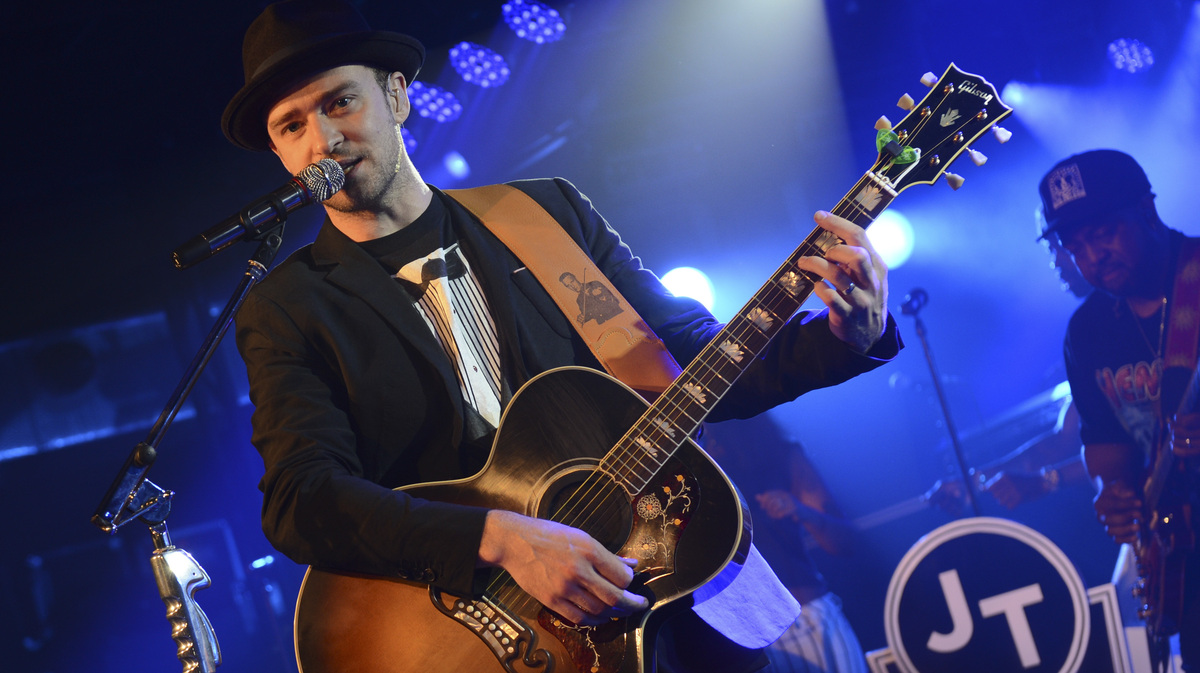 Justin Timberlake performed Saturday at the Myspace Secret Show during the SXSW Music Festival in Austin, Texas. His new album — his first in seven years — is The 20/20 Experience.

For his long anticipated return to music, Justin Timberlake pulled out all the stops. He hired an old colleague, the hit-making machine Timbaland, to produce. He got rap kingpin Jay-Z to do a cameo. As executive producer, Timberlake made sure everything has that state-of-the-art sheen. And as the tune "Tunnel Vision" shows, Timberlake leaned heavily on the sound that made him a star: elaborate multitracked vocal harmonies.

Sure enough, The 20/20 Experience is ultra-plush all the way. Exceedingly competent — and relentlessly bland. This is what it sounds like when a pop star gets too big to fail.

"Suit and Tie" is the allegedly danceable first single. Perhaps you've heard it? Timberlake has, after all, been carpet-bombing late-night TV to generate excitement for the album launch. He's wise to work overtime on the sell, because there's so little song there: This little bitty two-note excuse for a melody sounds like something a preschooler might sing while playing with sock puppets at the kitchen table.

Timberlake has never been what you'd call a visionary, but on his last album, he showed a great sense of the pop refrain. This time, he's just plain timid. The songs have no edge, no zip — they're generic medium-tempo loops that last way too long, with a few clocking in at close to eight minutes. The length allows Timberlake to bring you your full daily requirement of mindless clichés. Track one: love as drug. Track four: love as sugary bubblegum. Track six: love as something that happens in a spaceship built for two.

There's a real art to lightweight feel-good pop. And for the most part, it's missing from Timberlake's latest. What we have, instead, is a celebrity feeling out his place in 2013, and you hear his worry. He's making calculations about the market, serving up a dim, cynical and decidedly limited vision of what pop music can be.