Accessibility links
Op-Ed: March Aside, College Basketball Has Lost Its Madness Dave Kindred, a member of the National Sportscasters and Sportswriters Association Hall of Fame, says that even though March Madness still generates a lot of buzz around the water cooler, the regular college basketball season has lost its epic stories and, therefore, its charm. 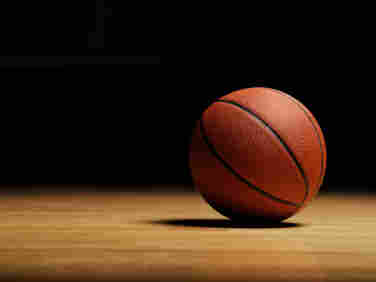 March Madness is officially here. Starting Tuesday, 68 college teams will compete for a spot at the NCAA men's championship on April 8. As millions across the country fill out brackets and enter office pools, this season has left longtime sports columnist Dave Kindred yearning for the good old days.

In a piece in The Washington Post, he argues that college basketball has lost its way.

"Maybe I'm speaking more as a writer than as a college basketball fan, because the lack of richness in the stories today is what bothers me," he tells NPR's Tom Gjelten.

Kindred, a member of the National Sportscasters and Sportswriters Association Hall of Fame, says that even though college basketball still generates a lot of buzz around the water cooler for three weeks in the spring, the regular season doesn't captivate viewers like it used to.

"The college basketball player of the year could be someone that I couldn't tell you three things about," Kindred says. "And that's the sadness in it."

Kindred traces this shift back to 2005, when the National Basketball Association set an age limit, requiring players to be at least 19 years old and one year out of high school.

"That rule has made many of our great universities into a little more than prep schools for the NBA," Kindred says. "Players coming out of high school are 18. So of course, they have a year in which they must find something to do. Some of them may be on campus for four months, may be on campus five months, but they're not really college students."

Kindred says that now that players quickly bounce out of college teams and into the pros, they no longer leave a mark with the school. Fans don't have the opportunity to really connect.

"We don't have time to understand who they are, to really get to know them, to build an epic story around them," Kindred says.

He misses following NCAA greats like Larry Bird and Magic Johnson throughout their college careers and cheering for them as they enter the big leagues. He misses stories like the Duke Blue Devils' Christian Laettner, who played at Duke four full years and played in four consecutive Final Fours.

"You came to love and, in many instances, hate Christian Laettner. That kind of story doesn't happen now because we don't know the nuances of the story."

It's not only the stories that Kindred misses. He says the technical aspects of the game have made it less pretty to watch.

"I know I sound like a guy talking about the good old days, but, in fact, a whole lot of basketball people agree that the game once was built on speed and grace. Now it's much more on power and physical defenses. And I don't like that as much."

He thinks that though some dedicated fans pay attention for the whole season, casual fans have been overcome by college football.

"College football has succeeded in convincing the public that each week's game matters, matters a lot," says Kindred. "All of those conferences have changed in the last two or three years ... and it's all in pursuit of the huge money that a college football season produces for television."

Kindred says that despite all of the changes he's still as excited as ever for this year's Final Four in Atlanta. "There is more parity than ever," he says. "Maybe 10 teams can win. So there'll be great interest. There's no doubt of that. It's just that the regular season has lost its luster.

"That makes the tournament right now the chance to redeem what I see as the failings of college basketball."