Accessibility links
Veterans Face Red Tape Accessing Disability, Other Benefits On the 10-year anniversary of the U.S. invasion of Iraq, journalist Aaron Glantz talks about the challenges American service members face in accessing disability and other benefits. Glantz says there is a backlog of 900,000 claims and that the average waiting period is 273 days. 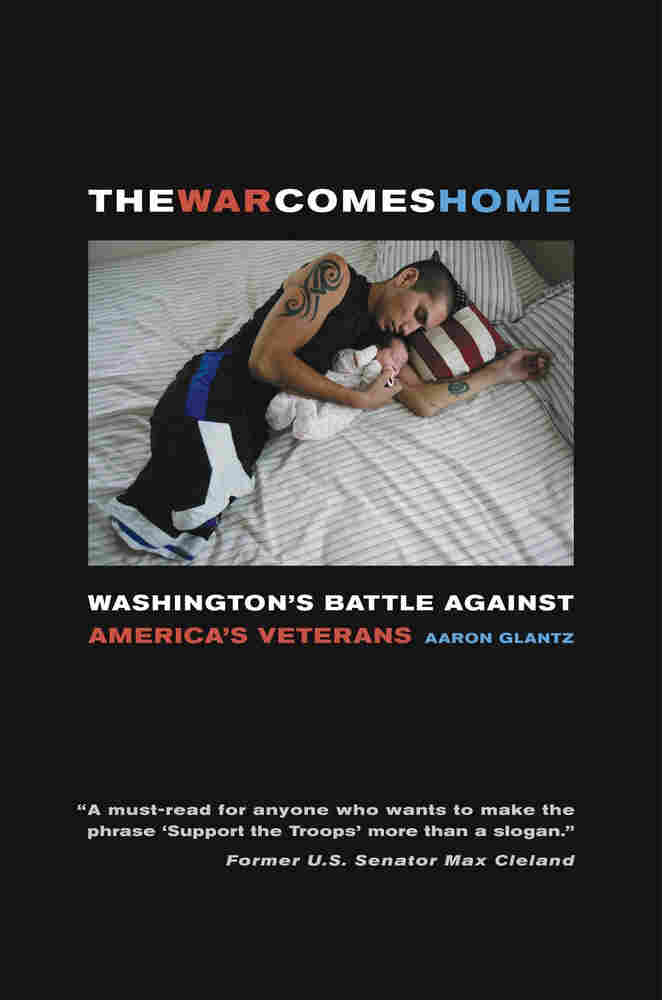 Ten years ago, the United States invaded Iraq and began what the Bush administration said would be a short war.

But it wasn't until December 2011 that the United States officially ended its military mission there.

In addition to the tens of thousands of Iraqis who died, the war cost the lives of nearly 4,500 American service members, and wounded more than 32,200 men and women in America's military. Many of the wounded vets have faced — or are still facing — long waits for their disability and other benefits to begin.

Journalist Aaron Glantz has written a series of articles for the Center for Investigative Reporting about how government bureaucracy is failing veterans when it comes to these benefits. He says 900,000 veterans are waiting for benefits and that the number will surpass one million "very soon."

Based on Department of Veterans Affairs documents Glantz collected through the Freedom of Information Act, he learned that 600,000 of these claims are backlogged, meaning those veterans have been waiting for more than four months to access their benefits. Glantz says that on average veterans are waiting 273 days.

Glantz says the Obama administration has not been as successful in streamlining the process as it hoped it would be.

"The real question is," Glantz tells Fresh Air's Terry Gross, "President Obama came in and he made promises of eliminating this backlog, and he had a plan to eliminate the backlog and he implemented the very steps he talked about ... but here we are five years later, and it has simply not worked for veterans."

"If you go into any VA office you'll see stacks and stacks of paper, giant manila envelopes going up to the ceiling sometimes into the hallways. The VA inspector general reported that at the office in Winston-Salem, N.C., there was literally so much paperwork in the office that it was inhibiting the structural integrity of the building. The frustrating thing is President Obama and the VA repeatedly say that they're solving this problem and they've spent ... half a billion dollars so far to launch this computer system, but then when you look at the reality on the ground, you see that it has only been deployed to fewer than half of the offices ... and that in those offices a very small number of claims are actually in the computer system. It's full of bugs. There have been a lot of problems, and the agency has not really been able to get it off the ground in a way that it can make a meaningful difference for veterans."

On the increase in claims from veterans

Read Aaron Glantz's Reporting For The Center For Investigative Reporting

"The VA says that they are getting more claims than ever before, that that's a combination of the large number of Iraq and Afghanistan veterans who have been coming home and also some decisions they have made to allow Vietnam veterans to make claims for compensation for some diseases they are only now acknowledging are caused by Agent Orange, and that they've had a flood of new claims — about a 50 percent increase — and that they're about to solve all these problems and that by 2015 nobody will be waiting more than four months. The problem is twofold: The first is, under President Obama, the number of veterans who are waiting more than a year ... has increased more than 2,000 percent, from 10,000 to 245,000, and this is not at all on the scale of the increase in claims that they have been talking about, so there is some significant and important bureaucratic dysfunction that is keeping the agency from dealing with this increase in claims."

On the understaffing of the VA

"The VA is severely understaffed to take care of all of these veterans who are coming home. Last year the VA inspector general found that the average wait time for a mental health appointment was 50 days. ... This is not because of a [malicious] intent; this is because the resources are being rationed because there are not enough providers. The problem is that the VA bureaucracy at the highest levels is so dysfunctional that they've been having difficulties staffing up to meet these needs even when Congress gives them the resources. They said about a year ago that they would hire 1,600 new mental health professionals nationally to deal with this influx of people seeking mental health care so people wouldn't have to wait so long, but recently they reported that while they had exceeded their goal in hiring administrative staff to oversee the mental health program, they had hired half of the psychiatrists that they promised. So it's two things: One is there's not enough money to hire enough people to care for all these folks, but the bigger problem I think is, even when money is made available, the agency just completely drops the ball and is unable to field the resources at the ground level so the veteran can actually access them."

On the number of suicides at home versus troops dying overseas

"The difference between the number of people who were killing themselves at home versus dying overseas is just increasing as fewer and fewer Americans are dying overseas. We're out of Iraq now. The president says we'll be out of Afghanistan by 2014. We now have 2.4 million Iraq and Afghanistan veterans, you know. Some are still in the military, but they'll eventually get out. Maybe by the time we're done with these wars, we'll have the same number of Iraq and Afghanistan [veterans] that we had Vietnam veterans. There are 3 million Vietnam veterans. ... I don't think that the public has an appreciation that these wars have as many people — almost — involved in them as the Vietnam War. There's no draft. Most people have never interacted with somebody who served in Iraq or Afghanistan ... and I think that further contributes to the suicides and the other problems, not only because, you know, the government is failing to deliver these programs efficiently, but also because of the alienation that sets in when you've had this incredible experience in your life — perhaps the most incredible experience — and you've seen your friends be killed, and all you can see in the media is a discussion of the iPhone. And in the meantime, the VA won't even approve your disability claim for an extended period of time, and that claim, for many veterans, is not only about the money and the access to health care but also about respect and an official acknowledgement from the government of what you've lost in the war."

Read an excerpt of The War Comes Home