Accessibility links
Visual-Effects Firms Having Trouble Seeing Green Life of Pi won four Oscars, including one for visual effects. But the company that did much of its work, Rhythm & Hues, is bankrupt and up for auction. At a time when movies are increasingly depending on computer effects, why are the economics not holding up? 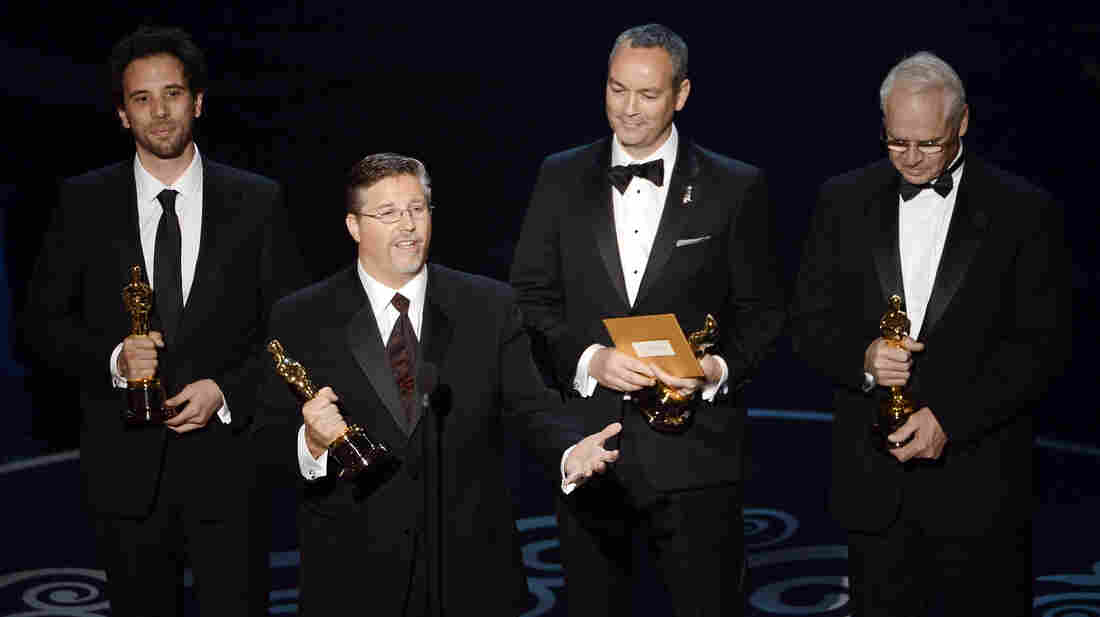 Hollywood studios are demanding more and more visual effects to make blockbuster films. But the artists who create this movie magic are protesting that they and their entire industry are in deep financial trouble. Even the most celebrated visual-effects companies face the risk of going under, and there are calls to revamp the way they do business.

The visual-effects community is still buzzing about Oscars night, when Life of Pi won four Academy Awards, including one for visual effects. In accepting his award, visual-effects supervisor Bill Westenhofer tried to explain that the company that helped create the film, Rhythm & Hues, had just declared bankruptcy. But the ominous theme song from Jaws drowned out the rest of Westenhofer's speech.

Some saw the Jaws theme slap-down as an insult to the army of more than 600 visual-effects artists around the world who toiled for years to create Life of Pi's vivid, computer-generated Bengal tiger, orangutan and meerkats — not to mention a living, heaving ocean.

Rhythm & Hues hopes to be rescued in today's court auction, even while the movie has earned nearly $600 million at the box office worldwide. The profits made by Hollywood studios rarely trickle down to the visual-effects companies.

"We're like a big mom-and-pop shop, so we can go to the edge of the cliff so many times when it comes to finances," says Lee Berger, president of Rhythm & Hues' feature-films division in explaining the company's bankruptcy. "But you can only go over once."

Visual-effects artists say the business paradigm for their entire industry is flawed. Here's how it works: The six major movie studios contract with effects companies on a "fixed fee" model. That means there's a set price for creating shots for a movie, no matter how many months or years it takes, no matter how many changes the director asks for.

So if a visual-effects company is asked to redo a sequence 80 times, "they're eating the cost of those extra 79 tries," says Variety features editor David Cohen. Cohen says the visual-effects vendors end up losing money for their painstaking work, and don't even get a cut of the profits in the end.

"They don't really have any recourse," says Cohen, who has written about the visual-effects industry for 13 years. "You can say, no, we're not going to do it anymore. This is the shot you asked for; pay me, buddy. But you'll never work again." 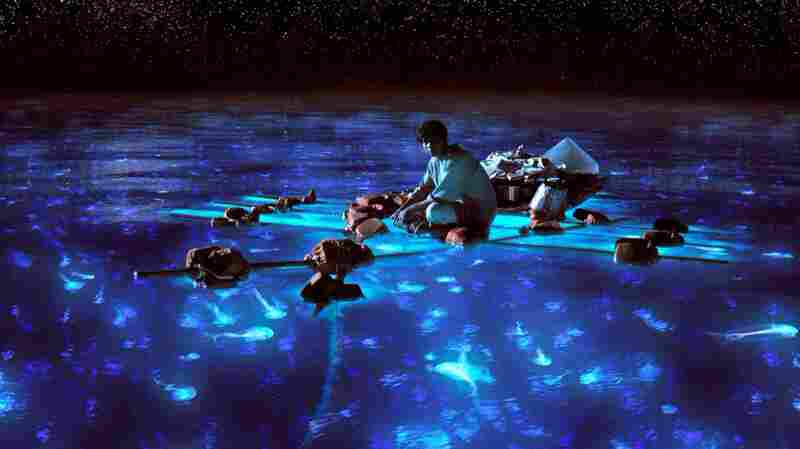 Suraj Sharma as Pi in Ang Lee's Life of Pi. The film was widely praised for its stunning visual effects and realistic digital depictions of the animal characters that populate the film. Fox 2000 Pictures hide caption 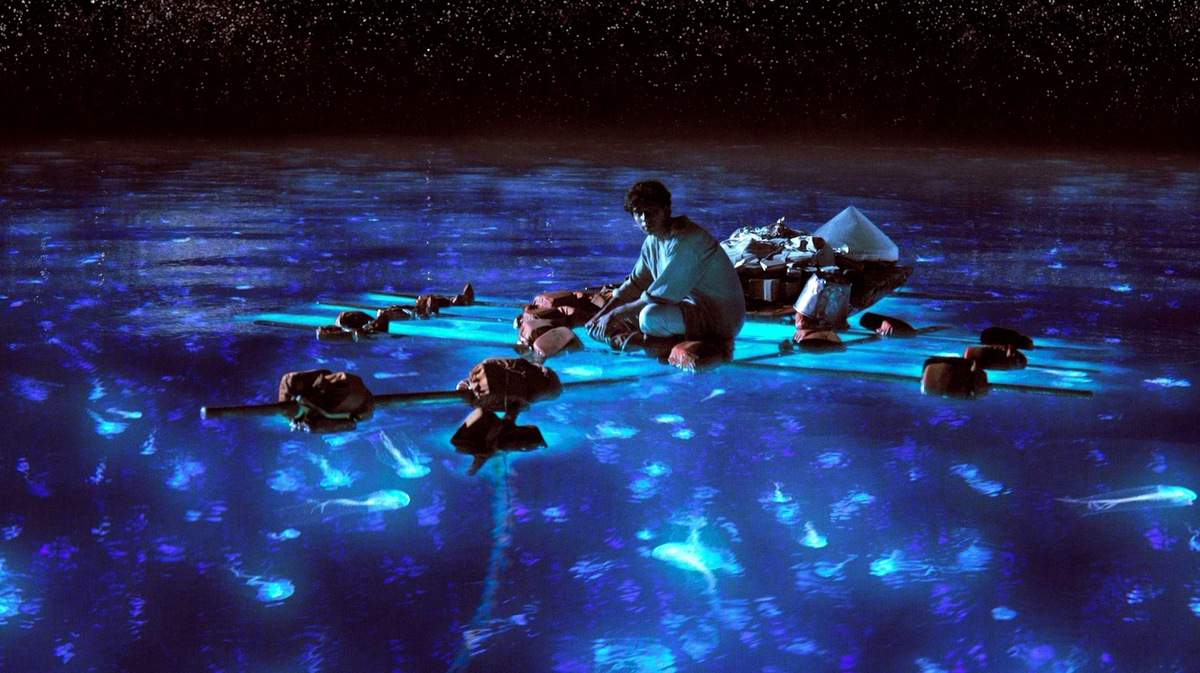 Suraj Sharma as Pi in Ang Lee's Life of Pi. The film was widely praised for its stunning visual effects and realistic digital depictions of the animal characters that populate the film.

David Rand, a senior visual-effects artist at Rhythm & Hues, says part of the problem is that the creative teams are left to interpret vague assignments.

"We end up in this kind of spin cycle, trying to guess what the director will like," says Rand, "just to have them say, 'No, that's not what I said. We want it like this now.' It'll go and go, and it starts to cost. And pretty soon you see the visual-effects shop is paying for the movie. ... And then we watch the movie go on to make hundreds of millions of dollars of profit."

Rand says another problem is that Hollywood studios are constantly chasing tax subsidies offered by other countries. Visual-effects companies end up losing work to international firms, or have to cut their fees.

To try to compete, Rhythm & Hues opened production offices in Mumbai, Kuala Lumpur and Taiwan. But the company still had to lay off hundreds of artists in its L.A. studios. The Universal, Fox and Legendary studios, which refused to talk to NPR for this story, loaned Rhythm & Hues $20 million to finish movies they contracted for. Now, the company is frantically trying to wrap up those projects.

In a small, windowless office, Rand is at his computer, trying to perfect a sequence for the upcoming movie The Seventh Son. He says he's worked for five other visual-effects companies that folded — with almost all of them still owing the artists money. Rand says a union for the artists — and trade associations for the companies — may be the solution.

Rand and other visual artists protested on Hollywood Boulevard on Oscar night. They've also been posting green screens on social-media sites to show what movies would be like without visual effects. They're protesting grueling working conditions — countless all-nighters with no overtime, no benefits or retirement plans.

"There are these incredible artists that are digital gypsies that fly around the world," Ross says. "That really messes with their families. And they wind up working in sweatshop environments. And ultimately, the companies they work for are going out of business."

Ross says that the business model has always been bad, and now it's even worse. In the 1980s, Ross ran Industrial Light and Magic, which did effects for the Star Wars, Indiana Jones and Terminator blockbusters. Ross also founded and was CEO of Digital Domain, responsible for effects on Titanic, among other movies. After Ross left Digital Domain, the company went bankrupt. It's now owned by a Chinese company.

Ross says that in the past 30 years, the visual-effects business has grown into a global enterprise — while still operating like a small cottage industry.

"I don't want to make studios out to be big bad ogres, because they're not," Ross says. "They're just running a business, buying the best products for the least amount of money. Unfortunately, the visual-effects industry is not running a business. What it's been doing is saying, 'Oh, gosh, do I get to work on Star Wars? Gosh, I get to work on Avatar.' So the people that run these companies really are not business people."

Rhythm & Hues is now hoping for a new owner, which could possibly be a South Korean company that promised to continue operations.