Accessibility links
What's Worked, And What Hasn't, In Gun-Loving Switzerland Like Americans, the Swiss have an entrenched gun culture — it's not uncommon to see regular citizens out in the public with a gun slung across their back — and most are vehemently opposed to gun control. Yet Switzerland has a far lower rate of gun violence than in the U.S. 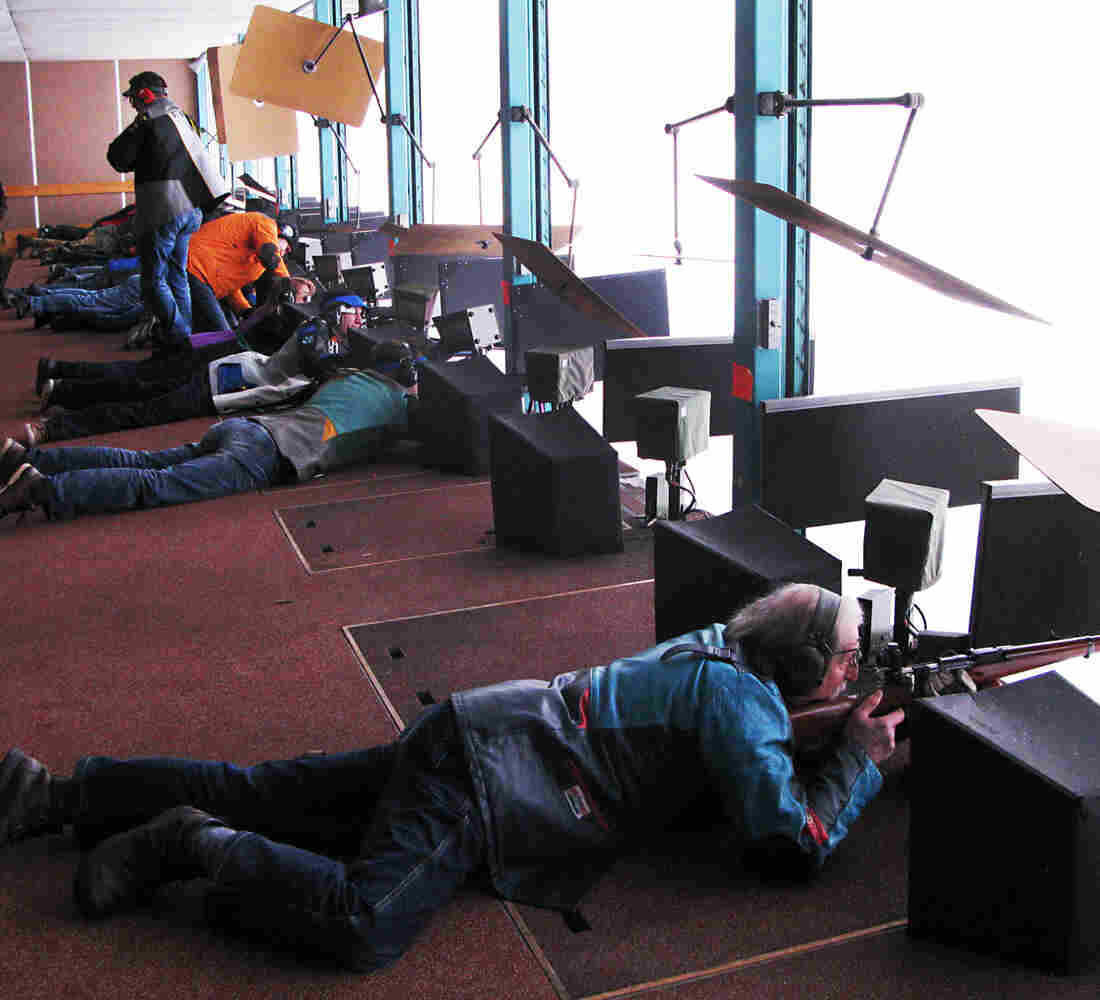 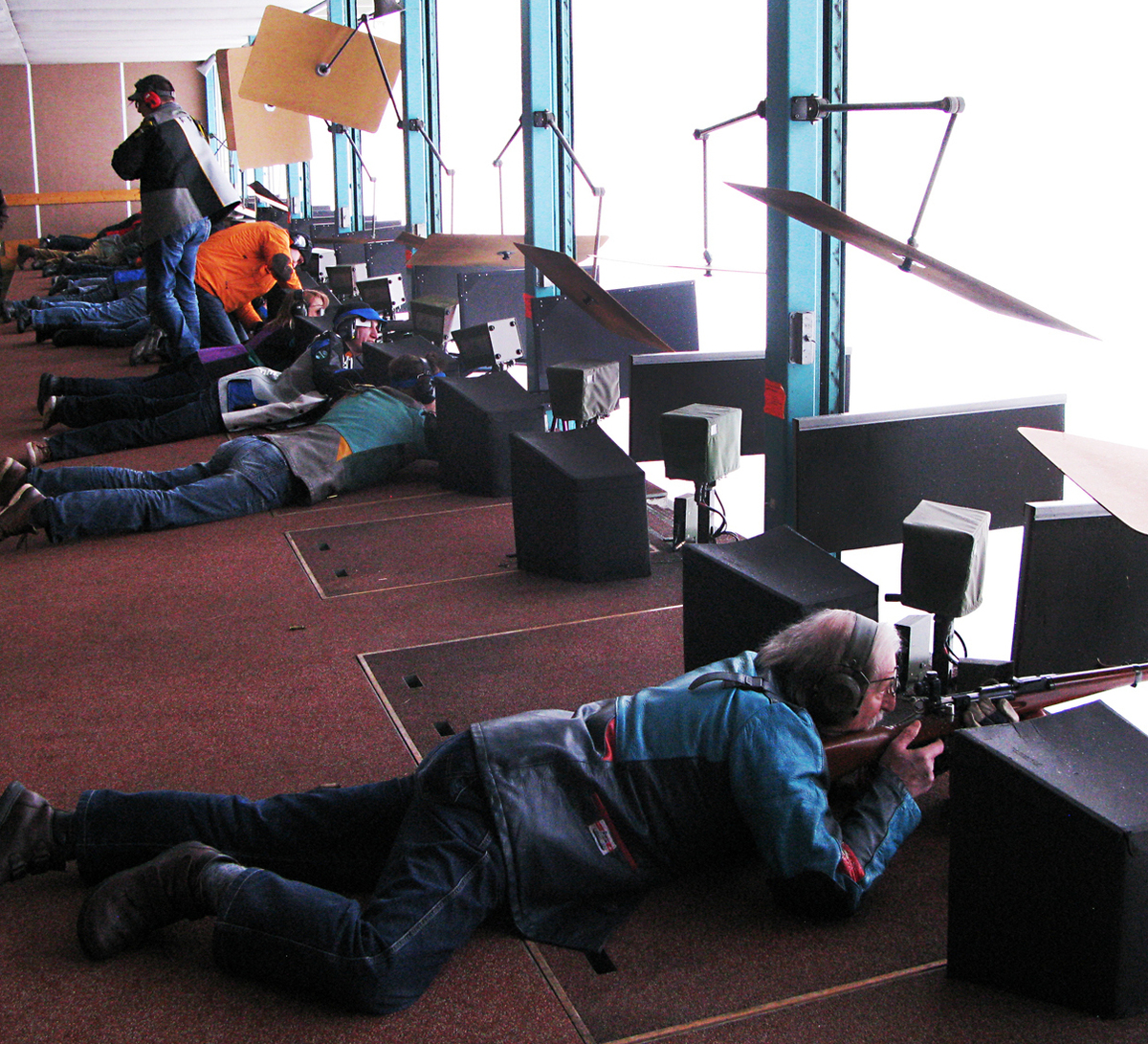 Gun enthusiasts take part in a shooting competition at a club outside Zurich. The gun culture is deeply entrenched in Switzerland, where citizens as young as 10 learn to shoot.

Switzerland has an entrenched gun culture that is embraced by most of its 8 million citizens, some of them as young as 10 years old.

Every Swiss community has a shooting range, and depending on who is counting, the alpine country ranks third or fourth in the number of guns per capita.

"You can walk into a cafe in a town where there is a shooting festival and you'll see rifles hanging on the hat rack. It's just incredible. It's just proliferation all over the place, but it's all for a peaceful purpose," says Stephen Halbrook, a Virginia-based lawyer who has argued cases for the National Rifle Association.

Halbrook, who has written books on Swiss history, is a frequent visitor to Switzerland and takes part in shooting contests there.

At a shooting range in the town of Dielsdorf outside Zurich, school-aged children like 11-year-old Greta Wolff are introduced to target shooting, a popular Swiss sport.

The sixth-grader — who immigrated to Switzerland with her family from Germany, where guns are far more restricted — is one of the best shots at a recent practice session. She and the other children use air guns to learn proper handling and technique before graduating to real guns.

Firing a gun was easier to learn than playing the piano, says Greta, who is also an accomplished swimmer: "You have to be sure you stand still and breathe properly before you release the trigger."

Her father, Markus Wolff, who also shoots for sport, says his daughter first learned to shoot more than 18 months ago after seeing her older brother do it. 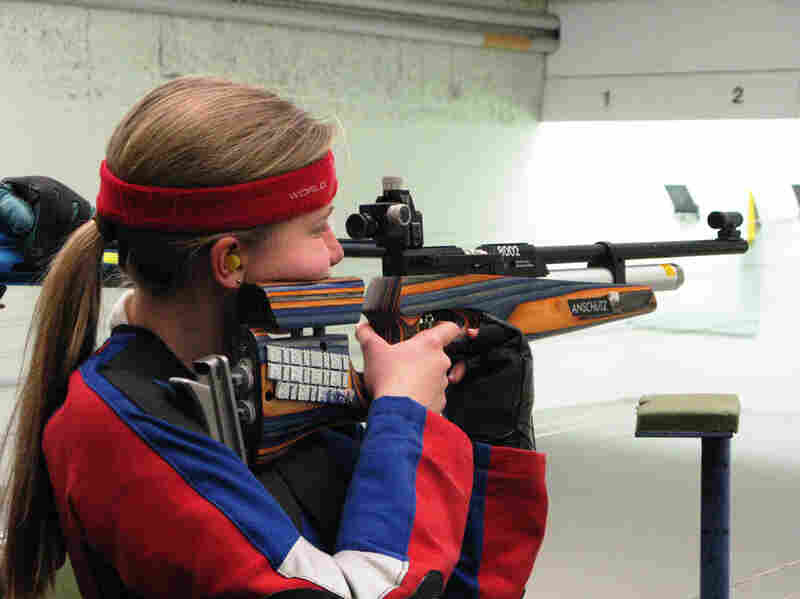 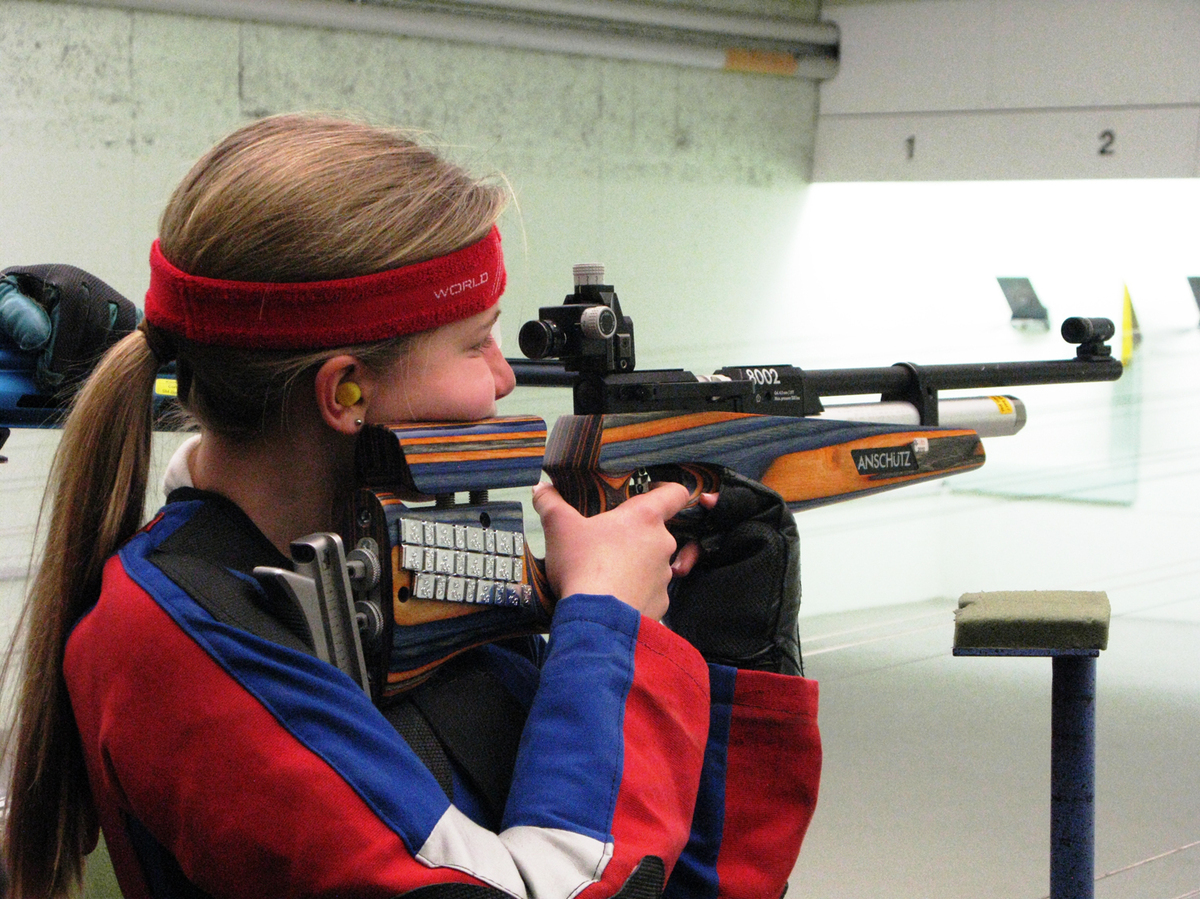 Greta Wolff, an 11-year-old immigrant from Germany, shoots during target practice at the gun club.

Their enthusiasm is music to the ears of Rene Koller, a Swiss army veteran and collector who owns hundreds of guns and heads youth training at the Zurich Shooting Sports Association.

"These days there are too many hobbies available," Koller says. "We have to work hard to get children to take up shooting sports."

Lower Death Rate Than In The U.S.

But the Swiss — like Americans — are grappling with the question of gun control these days after shooting attacks like one on Feb. 27 that killed four people in a factory outside Lucerne.

Firearm deaths in Switzerland take place at just one-seventh the rate that they occur in the United States. But researchers say guns are often used in suicides and crimes of passion in Switzerland.

Interest in gun ownership is waning, partly due to the shrinking size of the conscripted militia that serves as Switzerland's army. Men between the ages of 20 and 30 report for training and are issued military weapons, which they keep at home.

It's a tradition that some historians say kept the Nazis from trying to overrun Switzerland during World War II.

Gun control advocates argue Swiss authorities have lost track of too many of these military-issued guns, which account for most of the 2.5 million-plus guns in Switzerland.

As well, says Susan Peter, who is the director of the Zurich Women's Shelters Association, one-fifth of her clients report being threatened with guns kept at home by their male spouse or partner.

"It's not a private problem when someone in the family is killed, it's a public problem," she says. "The Swiss government has the responsibility to protect people."

There's also pressure on the Swiss government to adhere to the Schengen agreement. The accord opens borders between 26 European countries, but makes buying and owning guns more difficult than the Swiss are used to.

In Europe, "there is a mandate to register all guns and to have a central electronic registration," explains Halbrook, the Virginia-based lawyer. "Germany just announced it was the first to do so — that was on Jan. 1 this year — and others are supposed to follow suit."

Strengthened by local shooting attacks and Swiss research on violence, a growing anti-gun movement in Switzerland is also pushing for increased gun control.

Marcel Zwahlen, a professor of epidemiology, was one of the key researchers on a study presented recently by the Institute of Social and Preventive Medicine at the University of Bern.

The study reviewed 158 Swiss murders and suicides that took place between 1991 and 2008. It found 90 percent of the cases involved firearms.

Zwahlen says that owning a gun in Switzerland is easier than owning dogs or cars — but shouldn't be.

"It's OK to regulate how you are allowed to have it, how you should use it and that this gets checked," he says.

Lawyer Hanspeter Uster agrees. The former justice minister from the Swiss canton, or state, of Zug was shot in the chest by a gunman who stormed the regional assembly there in September 2001. The assailant killed 14 people before turning the gun on himself.

It's certainly important that all these weapons are secured, legally speaking, Uster says.

"Having them registered in each Swiss state and having those states share the data is also important," he says. "We need laws passed to make this happen as well as a committed government."

But the Swiss equivalent of the NRA, ProTell, rejects any new restrictions. Named after Swiss folk hero William Tell, who used a crossbow to target his enemies, the group argues that there are plenty already, including a crackdown in the past 18 months on the purchase and transport of ammunition.

"You can't register weapons that are in the hands of criminals so it doesn't help you prevent a tragedy, you know?" says ProTell Vice President Hermann Suter. He, like many Swiss, blame local gun violence on criminals from other countries, as well as the mentally ill who aren't supposed to own guns.

The majority of Swiss voters appear to agree that gun control is not the way forward. In February 2011, nearly 57 percent of them voted against storing military-issued guns in armories rather than at home. The reason? Suter says they saw it as undermining trust in Swiss soldiers.