Accessibility links
U.S. Gets Low Marks On Infrastructure From Engineers' Group The condition of the nation's roads, bridges and other kinds of infrastructure has actually improved over the past few years, but only slightly, according to the American Society of Civil Engineers. It gives the U.S. a D-plus on its annual report card. 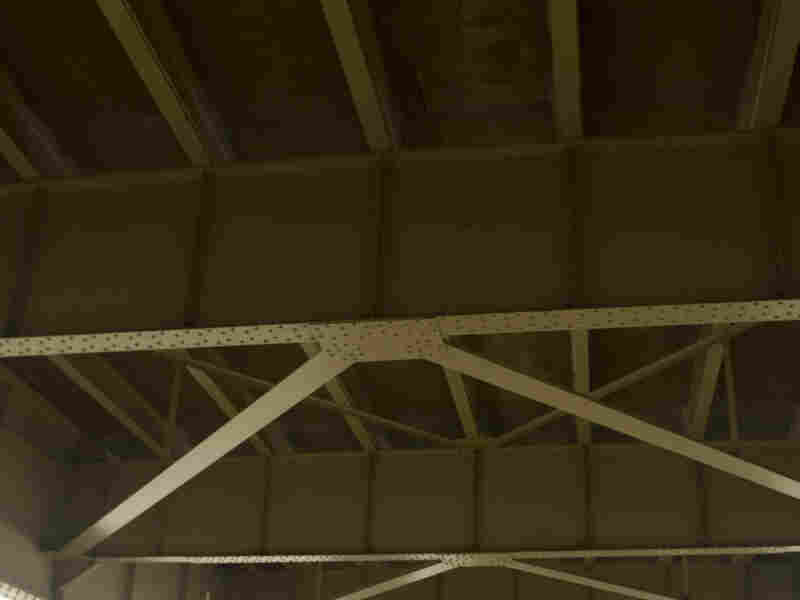 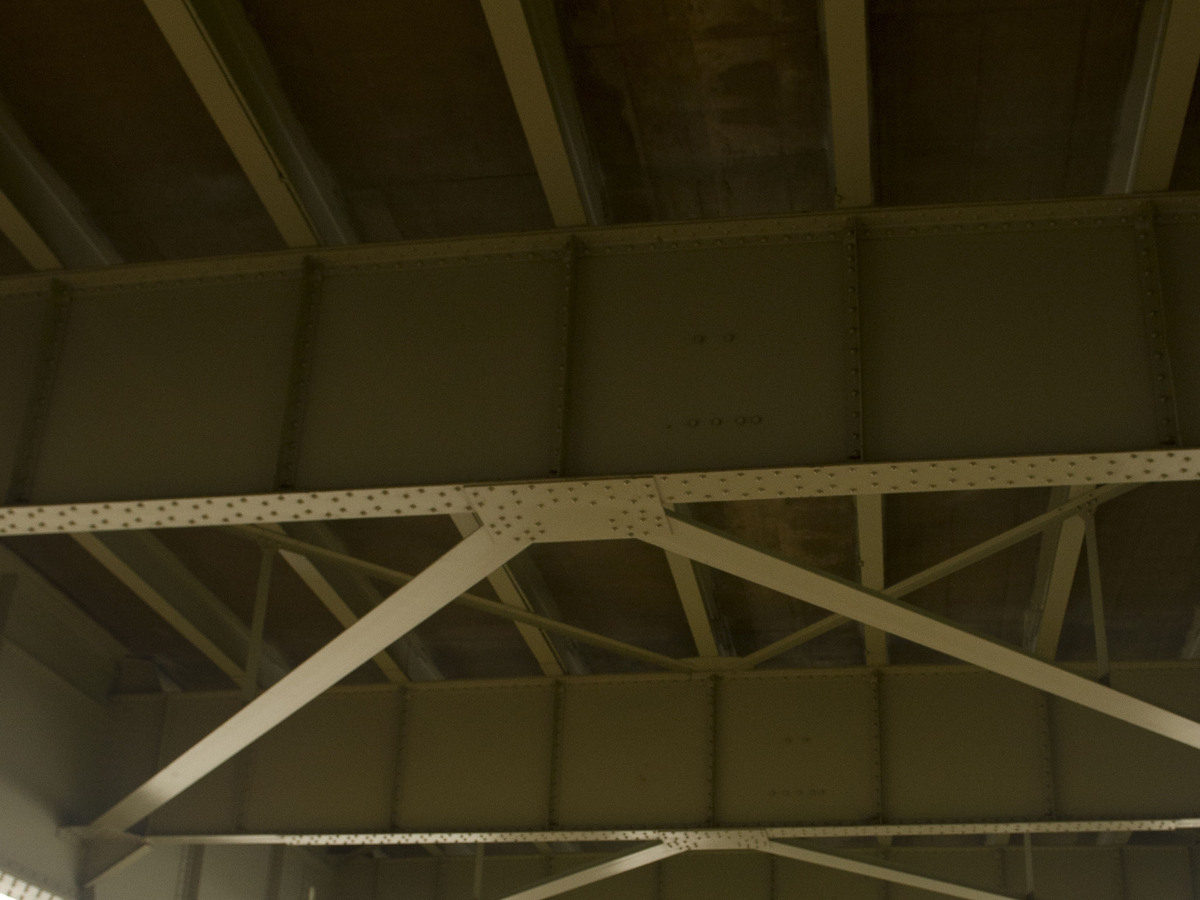 The 63-year-old Frederick Douglass Memorial Bridge in Washington, D.C., has been labeled structurally deficient — as is 1 in 9 bridges in America.

The condition of the nation's roads, bridges and other kinds of infrastructure has actually improved over the past few years, but only slightly, according to the American Society of Civil Engineers.

Four years ago, the group gave the nation's infrastructure a grade of D. Now, in their 2013 Report Card for America's Infrastructure, the engineers say it's up to a D-plus.

The poor condition of many of the nation's critical systems does not come as news to the millions of Americans who commute by car or rail, or who have seen their lights go out after a small storm, or who have been flooded out of their homes by a failed levee.

Gregory DiLoreto, president of the society, says: "We waste hours sitting in traffic; power outages become more frequent; we lose billions of gallons of water through leaky pipes. These things are costing us money and were getting nothing for it."

DiLoreto's group looked at 16 categories of infrastructure, from aviation to wastewater. What it found was not encouraging. It handed out 11 D's, 4 C's and one B. It gave a D-minus to the nation's system of levees.

DiLoreto says most Americans are "unaware that the nation has an estimated 100,000 miles of levees, and many of these are more than 50 years old and they were originally built to protect farmlands and crops from flooding."

He says since then new developments have been built behind the levees — exposing homes and businesses to threats. Repairing and rehabilitating the nation's levees alone could cost more than $100 billion.

The engineers held their news conference with Washington, D.C.'s Frederick Douglass Memorial Bridge serving as a backdrop. The 63-year-old span carries a heavy stream of traffic over the Anacostia River and has been labeled structurally deficient — as is 1 in 9 bridges in America.

Konjit Eskender, Washington's bridge engineer, says her department is keeping a close watch on the Douglass Bridge. She likens it to "when you have an old car. You can drive it, but ... you're going to continuously spend money on it and at one point you will decide to replace it, right?"

The District's government has a plan to replace the bridge, which along with some other interchange improvements carries a price tag of more than $900 million.

Nationwide, the ASCE figures it will take some $1.6 trillion more than is currently being spent to bring all of the nation's infrastructure to standard. Not an easy task when federal spending on transportation and elsewhere is being cut.

"It's because of this literally crazed idea that spending money is automatically bad," he says. "The federal government, state governments have to spend money on certain things that are important — there's no question about that. We have to invest in our own growth. Businesses invest in their own growth ... and so do we."

Rendell is co-founder of Building America's Future, which advocates for infrastructure spending.

Chris Edwards, an economist with the libertarian Cato Institute, points to a measurement called the "international roughness index." Edwards says the index shows America's highways "are getting smoother and smoother with fewer potholes and in better condition every year steadily. So I just don't think it's correct to say that America's highways and bridges are crumbling. ... They're certainly getting more congested, and we need to deal with that ... but they aren't crumbling."

Tuesday's report card shows how much of that work there is.