Accessibility links
Interview: Poet Dunya Mikhail Dunya Mikhail fled her homeland in the wake of the first Gulf War, after her writing was labeled subversive by Saddam Hussein's government. She has never physically returned to Iraq, but she remembers it in her poetry. 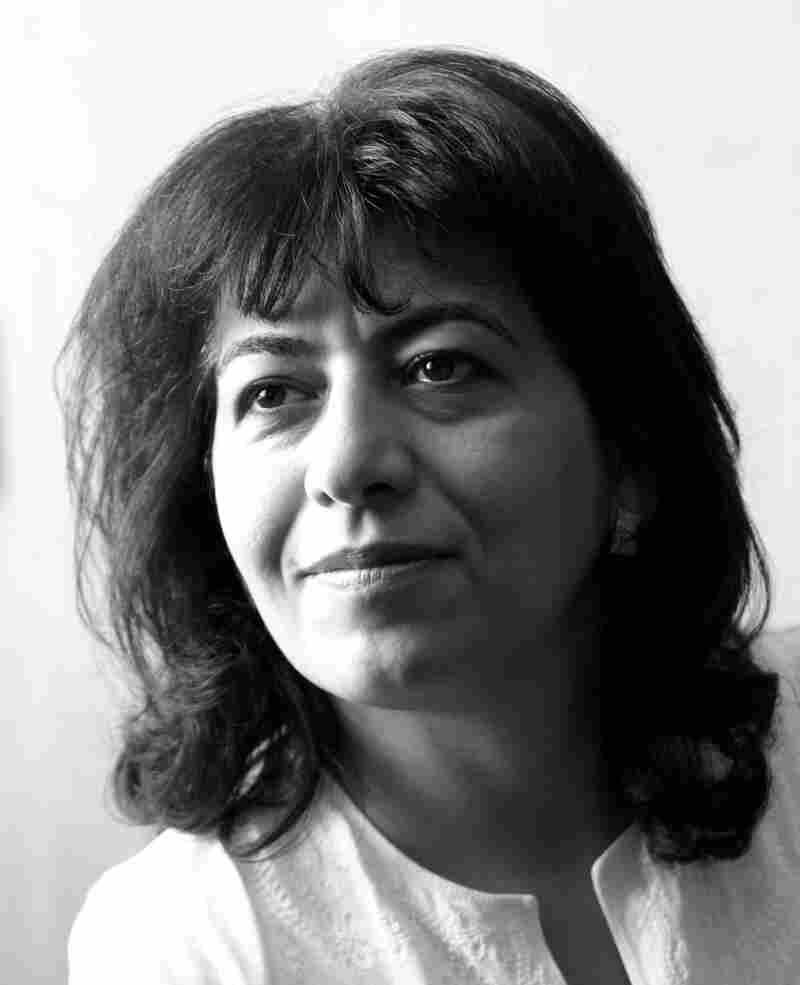 Dunya Mikhail is an Iraqi-American poet who teaches in Michigan. She has published five books in Arabic and two in English. Michael Smith/Courtesy of Dunya Mikhail hide caption 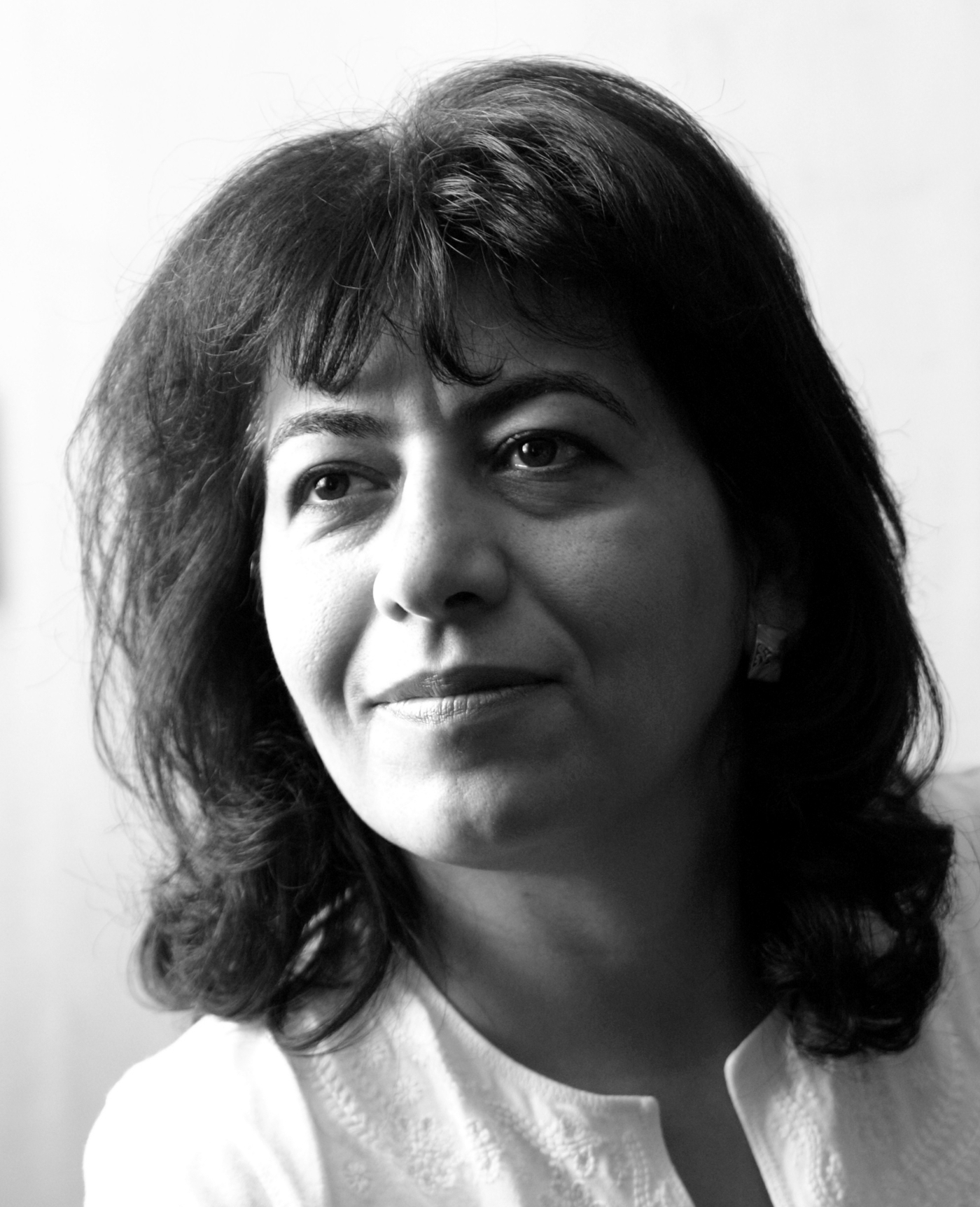 Dunya Mikhail is an Iraqi-American poet who teaches in Michigan. She has published five books in Arabic and two in English.

Poet Dunya Mikhail fled her homeland, Iraq, a few years after the first Gulf War. She had been questioned by Saddam Hussein's government, and state media had labeled her writing and poetry subversive. Mikhail escaped to Jordan and eventually reached the United States, where she made a home for herself — marrying, raising a daughter and becoming a U.S. citizen.

Mikhail never physically returned to Iraq. But she revisits her homeland again and again in her poetry — line by line, stanza by stanza.

Ten years after the start of the Iraq War, Mikhail joins NPR's Renee Montagne to read some of her poetry, talk about the bond she still feels with Iraq, and explain why she's never gone back.

On how she remembers Iraq after more than 17 years

"The way that things come to mind, I feel that they are more as fragments. They are strange. They don't come in order any more, so the happy moments and the sad moments climb over each other: our home in Baghdad with the roof where we would sleep [during] summer nights and we would go down when we [heard] the sound of the siren; the simple heater in the middle of our living room that was called Aladdin, and, on it, that pot of tea with cardamom.

"And I remember my father dying in front of my eyes. I remember the windows of our classrooms shaking from explosions. You know, the war was like the norm."

"I Was In A Hurry"
Dunya Mikhail remembers this as the first poem she wrote after arriving in the U.S.

From Diary Of A Wave Outside The Sea
This excerpt describes a family tragedy; the kidnapped niece was never found.

"The Shape Of The World"
This poem will appear in The Iraqi Nights, a collection Mikhail plans to publish in 2014.

On how poetry reveals wounds, rather than healing them

"I still feel that poetry is not medicine — it's an X-ray. It helps you see the wound and understand it. We all feel alienated because of this continuous violence in the world. We feel alone, but we feel also together. So we resort to poetry as a possibility for survival. However, to say I survived is not so final as to say, for example, I'm alive. We wake up to find that the war survived with us."

On why she hasn't returned to Iraq

"A lot of people ask me this, and the way I feel towards this is really strange. I feel that I woke up from a dream, and going back to Iraq is like asking me will I see the same dream if I go back to sleep? It's strange.

"But I keep contact to maybe have some trace of that old dream or experience. And I find that Iraqis all have one dream, and that is to live a normal life and to die a normal death."

Yesterday I lost a country.
I was in a hurry,
and didn't notice when it fell from me
like a broken branch from a forgetful tree.
Please, if anyone passes by
and stumbles across it,
perhaps in a suitcase
open to the sky,
or engraved on a rock
like a gaping wound,
or wrapped
in the blankets of emigrants,
or canceled
like a losing lottery ticket,
or helplessly forgotten
in Purgatory,
or rushing forward without a goal
like the questions of children,
or rising with the smoke of war,
or rolling in a helmet on the sand,
or stolen in Ali Baba's jar,
or disguised in the uniform of a policeman
who stirred up the prisoners
and fled,
or squatting in the mind of a woman
who tries to smile,
or scattered like the dreams
of new immigrants in America.
If anyone stumbles across it,
return it to me, please.
Please return it, sir.
Please return it, madam.
It is my country...
I was in a hurry
when I lost it yesterday.

"I Was in a Hurry" by Dunya Mikhail, translated by Elizabeth Winslow, from The War Works Hard, copyright 1993, 1997, 2000, 2005 by Dunya Mikhail. Reprinted by permission of New Directions Publishing Corp.

Excerpted From Diary Of A Wave Outside The Sea

(Mazin is Mikhail's husband, Larsa is her daughter.)

Mazin bends his head to the table and cries.
His niece in Baghdad has been kidnapped.
She is twenty years old.
Masked men surrounded her and pulled her away
from her mother's outstretched hands.
into a car. They were like a tsunami.
Iraq is a tsunami in slow motion.
I wake at night and wonder if she is alive
and if she is what her life is like.
To be in a cage of strange hands
Can only be a nightmare.

It is a great relief to have my daughter
far away from danger
from clouds like corpses
from kidnappers' masks
from long lines at passport offices
from amputated fingers in the sand.

Larsa scatters the old pictures
and mixes them with the new ones.
She mixes pictures of snowballs in Michigan
with pictures of a round city with two rivers
palm trees
poetry
wars
a thousand and one nights.
Inside that city was our home,
inside the home was our garden
not separated from the neighbors even by a wall,
and inside that garden was a razqi flower
I will never smell again.

"Excerpt" by Dunya Mikhail, translated by Elizabeth Winslow, from Diary of a Wave Outside the Sea, copyright 1995 by Dunya Mikhail. Reprinted by permission of New Directions Publishing Corp.

'The Shape Of The World'

If the world were flat
like a magic carpet,
our sorrow would have a beginning and an end.

If the world were square,
we would lie low in a corner
when the war plays "hide and seek."

If the world were round,
our dreams would take turns on the ferris wheel,
and we would be equal.