Accessibility links
At 'Stop-And-Frisk' Trial, Cops Describe Quota-Driven NYPD Police officers testifying at a federal trial challenging New York City's policy say they were ordered to increase their number of arrests, summons and 250s — the code for stop, question and frisk. The city says these were simply performance goals. 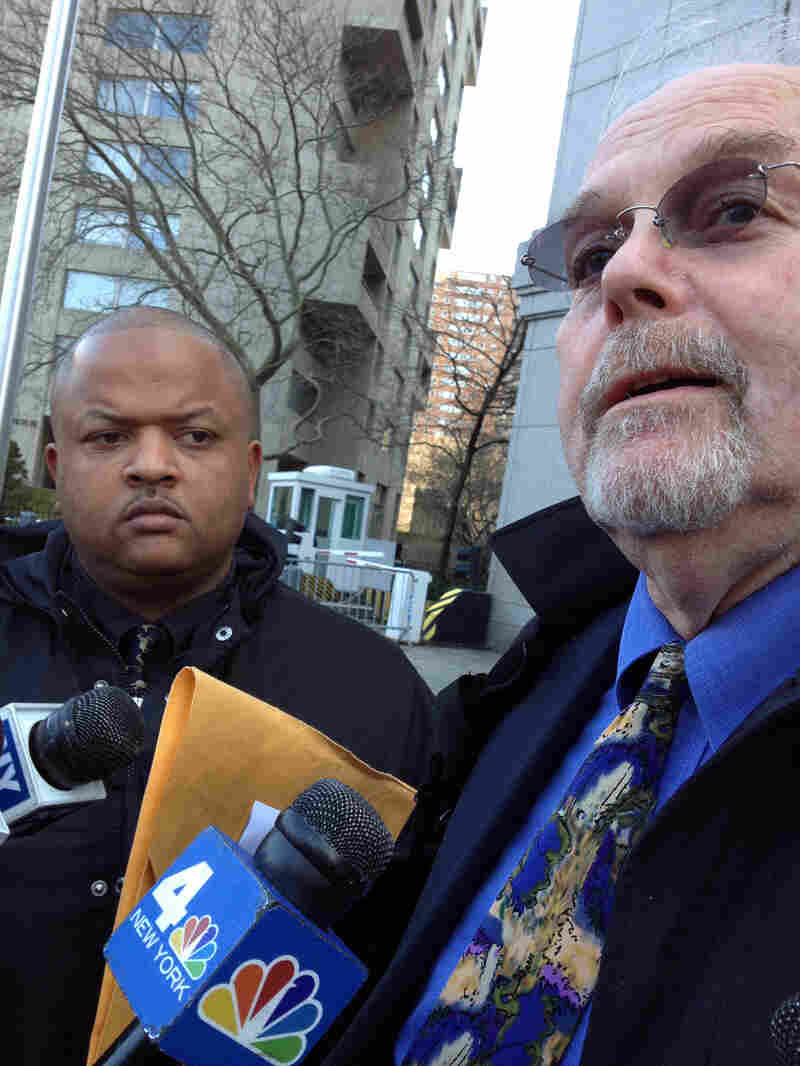 Adhyl Polanco, an eight-year police veteran (shown with lawyer Jonathan Moore, right), testified that if certain quotas were not met, an officer could be denied days off and overtime, and be given a poor evaluation. Margot Adler/NPR hide caption 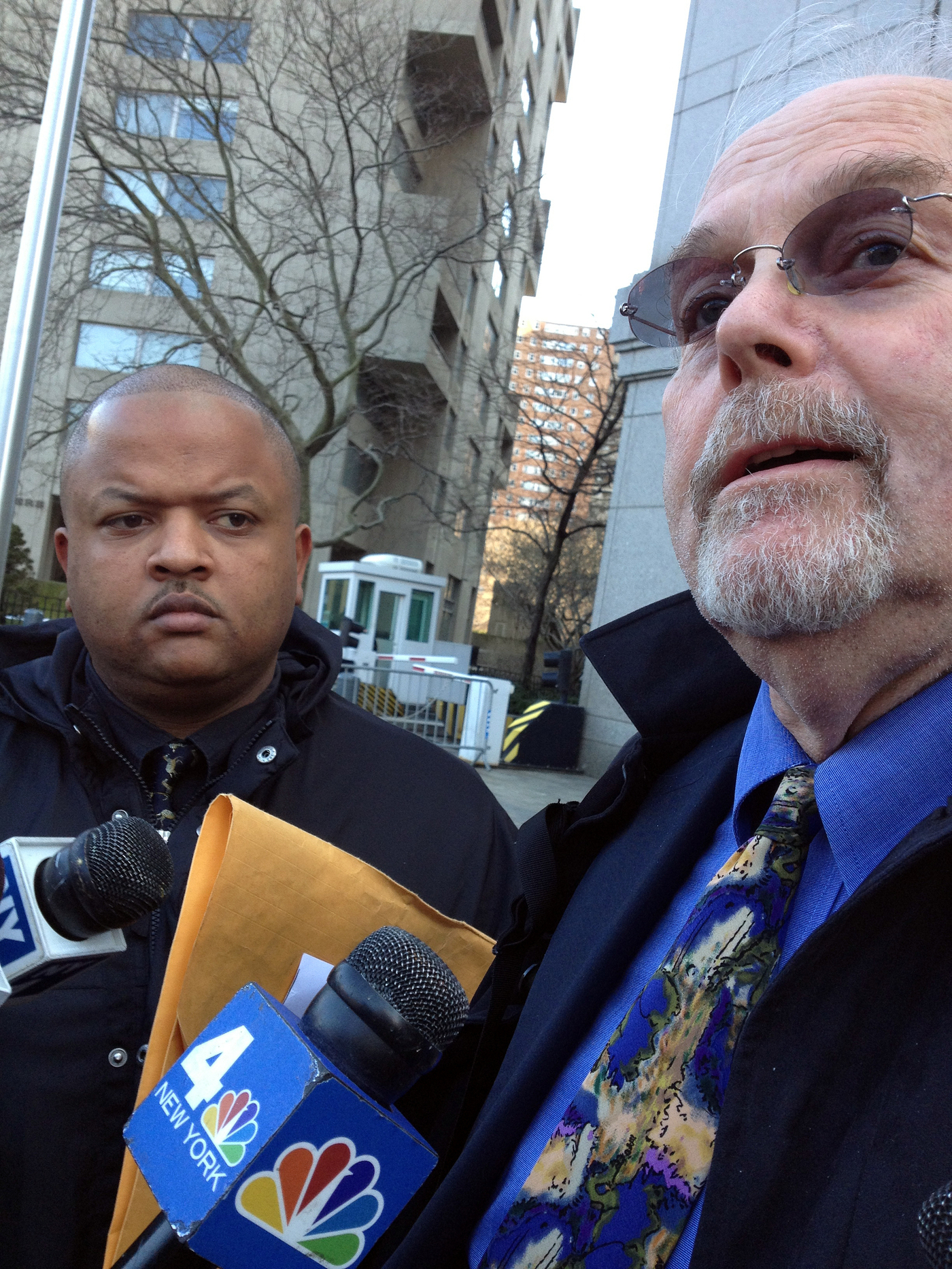 Adhyl Polanco, an eight-year police veteran (shown with lawyer Jonathan Moore, right), testified that if certain quotas were not met, an officer could be denied days off and overtime, and be given a poor evaluation.

Police officers testifying at a federal trial challenging New York City's stop-and-frisk policy say they were ordered to increase their number of arrests, summons and 250s — the code for stop, question and frisk.

Some 5 million street stops of mostly black and Latino men have taken place in the city in the last decade.

The city contends that the policy has helped make New York safer, leading to record-low crime rates, and that stop-and-frisks take place in areas where crime is often minority on minority. The plaintiffs argue the policy pressures police officers to increase their street stops and that supervisors and union reps cared only about numbers.

In opening statements, the city said there were safeguards in place and these were simply performance goals. Not so, said Jonathan Moore, a lawyer for the plaintiffs.

"This is about quotas. At the end of the day, it's about quotas," he said. "That's why there is such an epidemic in these communities of people getting stopped and frisked — because the police are told to get numbers, and they are not interested in the numbers of radio runs or how they help. They are interested in arrests, summons and 250s."

Lawsuit Over NYPD's 'Stop And Frisk' Program Heads To Court

Adhyl Polanco, an eight-year police veteran, testified that his supervisors in a Bronx precinct in 2009 insisted on 20 summons, five street stops and one arrest per month. If you didn't make that number, he said, you could be denied days off and overtime, and given a poor evaluation. Polanco said officers who didn't make their quotas were sometimes forced to "drive their supervisors," who would make them give out summons and make street stops, sometimes of people they had not even observed.

Polanco and a second witness, Pedro Serrano, a nine-year police veteran from a different Bronx precinct, taped discussions with supervisors during the daily roll call.

"Things are not going to get any better. It is going to get a lot worse," the supervisor says, because the city will want officers to meet even higher arrest and summons targets.

Officer Polanco said his supervisors did not think breaking up fights, ending domestic disputes and other police duties were as important as the numbers. In cross examination, the city's lawyers tried to show that Polanco was not punished in any way even though his monthly reports from January through August of 2009 showed he had never fulfilled this quota. He was later suspended with pay over a different incident; the case is still being reviewed.

"Even if you discredit Officer Polanco, the recordings say what they say, and you hear actual supervisors on these recordings saying this is mandatory, it is not negotiable, you need to do this, if you don't do it, find yourself another job," said Darius Charney, a lawyer with the Center for Constitutional Rights, which brought the class-action suit.

Serrano told similar stories. He said he was called a rat by his fellow officers and that rodent stickers were put on his locker.

The lawyers for the plaintiffs contend these orders filtered down from the top. Both sides will clearly argue over that assertion in what may be a six-week trial.