Accessibility links
Mosh Pit Math: Physicists Analyze Rowdy Crowd At a heavy metal concert five years ago, physicist Jesse Silverberg had a "eureka" moment: The jumping, raucous fans at the show seemed to be moving about like molecules in the air we breathe. So he and friend Matt Bierbaum set out to understand the patterns within mosh pit motion. 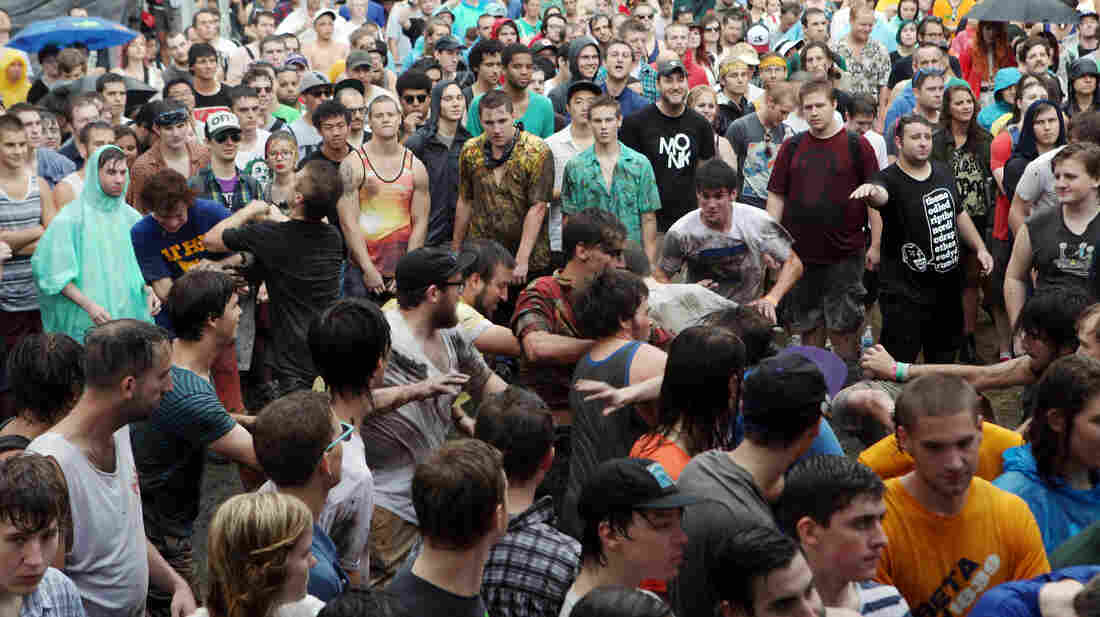 Fans in the mosh pit during the performance of Liturgy at the 2012 Pitchfork Music Festival in Union Park, Chicago, on July 14, 2012. Roger Kisby/Getty Images hide caption 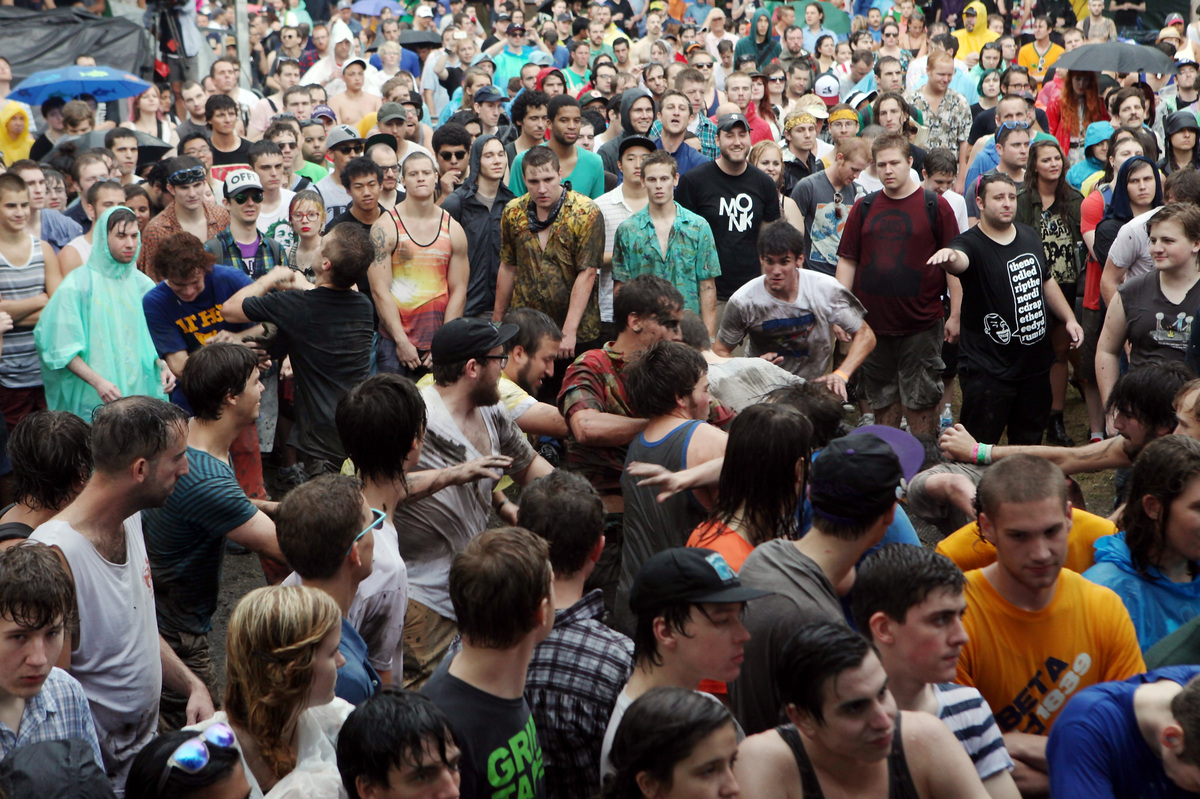 Fans in the mosh pit during the performance of Liturgy at the 2012 Pitchfork Music Festival in Union Park, Chicago, on July 14, 2012.

Physics and heavy metal don't seem to have a lot in common, but Matt Bierbaum and Jesse Silverberg have found a connection. Both are graduate students at Cornell University. They're also metal heads who enjoy going to concerts and hurling themselves into mosh pits full of like-minded fans.

About five years ago Silverberg took his girlfriend to her first gig. "Usually I would jump in the mosh pit," he says. "But this time I wanted her to be safe and have a good time, so we stayed out on the side and watched things from there."

While he was watching, he realized that the motion of people in a mosh pit looks kind of like molecules moving in a gas.

"It was basically just this random mess of collisions, which is essentially how you want to think about the gas in the air that we breathe," he says.

Physicists have worked out the basic rules that describe this kind of motion, so Bierbaum and Silverberg decided to look for the rules of motion in moshing. They went to concerts and studied videos from YouTube. Silverberg emphasizes that no tax dollars went toward buying concert tickets — the study is a labor of love.

Using just a few variables, like how fast people moved and how dense the crowd was, Bierbaum and Silverberg created a mathematical model that they presented at this week's March meeting of the American Physical Society. Using a mixture of simulated moshers and standing fans, they could reproduce mosh pits, circle pits and other common collective motions that take place at metal concerts. You can try some simulations for yourself in their mosh pit simulator below.

It's not just the metal heads that obey these kinds of basic mathematical rules, says Andreas Bausch, a researcher at the Munich Technical University in Germany. Flocks of birds and schools of fish do similar things. So do car drivers. Now concertgoers can be added to the list, he told NPR in an email. "This is indeed cool stuff."

The new mosh pit research could be interesting for another reason. In emergencies people panic, and the movement rules they follow change. Mosh pits might provide clues about the new rules.

"We hope that this will provide a lens into looking at other extreme situations such as riots and protests and escape panic," Bierbaum says.

They plan to continue their research, while rocking on.

This mosh pit simulator is based on the research by Jesse Silverberg and Matthew Bierbaum. Click the Show controls button at the bottom to play around with different parameters of the mosh pit. To learn more about what the parameters are, click here. To play with the full version, click here.