Accessibility links
With Vengeance And Violence, 'Olympus Has Fallen' Flat This macho action film starring Gerard Butler and Morgan Freeman is a vigilante fantasy about terrorists and turncoats invading the United States. It's a popular genre, but critic David Edelstein says he's tired of the American addiction to these tropes. 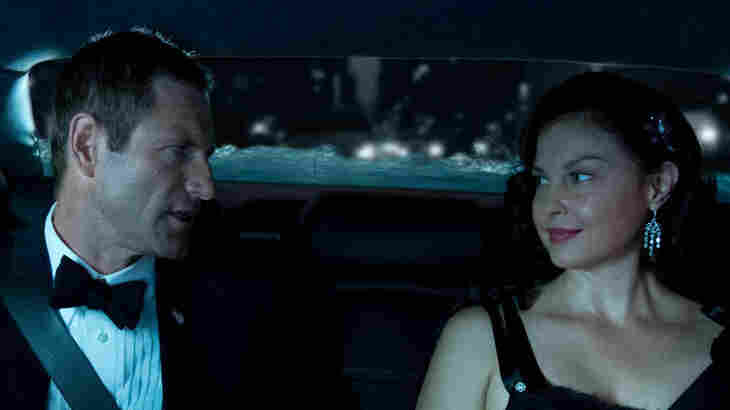 Aaron Eckhart and Ashley Judd as the president and first lady in Olympus Has Fallen. Phil Caruso/Millennium Films hide caption 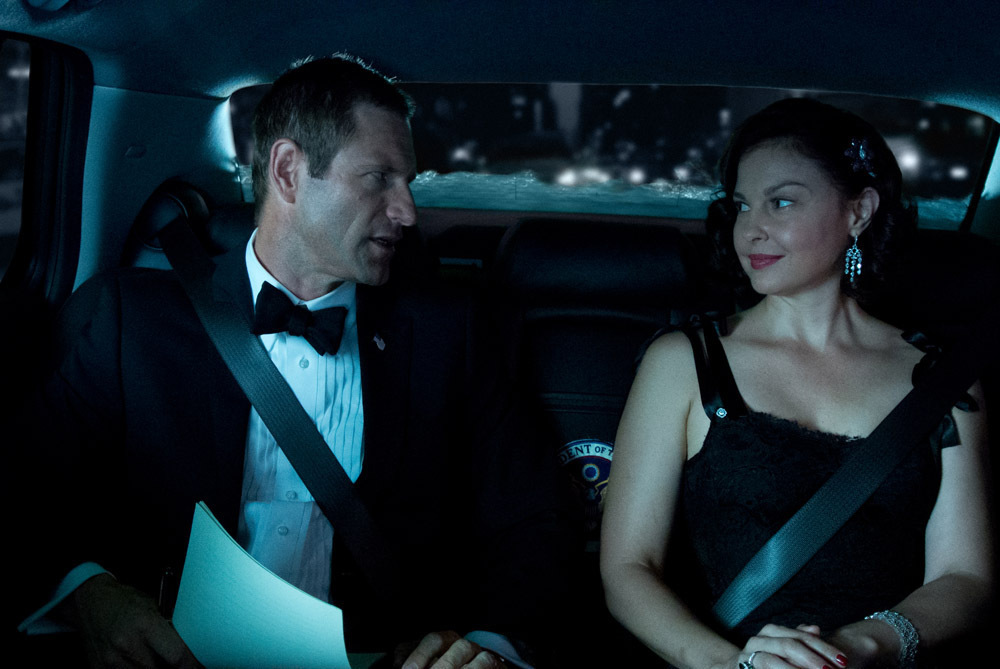 Aaron Eckhart and Ashley Judd as the president and first lady in Olympus Has Fallen.

What surprises me about the ongoing discussion of violence in cinema and whether it influences violence in the real world is how people fail to engage with the male fantasy behind these films. There's a template for them, a theme; it hinges on violation and vengeance. A seminal action picture of the last 50 years is 1988's Die Hard, in which a lone male cop operates behind the scenes after an ingeniously orchestrated foreign attack on American soil. He's symbolically emasculated — he has no gun or even shoes, his wife is now going by her maiden name. Arrogant bureaucrats from the city and FBI castigate him for breaking protocol. But he's an all-American hero. And so is Mike Banning, the fallen Secret Service agent of this year's Die Hard-ish vigilante fantasy, Olympus Has Fallen.

Rated R for strong violence and language throughout

The picture is vile, but it hits its marks harder than anything I can remember and it works — it makes you sick with suspense on the most primitive level imaginable. In the opening, Banning, who's played by Gerard Butler, makes a split-second decision to save the life of the president played by Aaron Eckhart — but at the expense of the first lady (Ashley Judd). It's the right call, but not protecting one's woman is a big stigma in this kind of movie. Banning takes a job outside the White House so as not to remind POTUS and his son of the loss.

But then comes the hideous violation. During a presidential meeting with South Korean diplomats, some kind of souped-up hovercraft invades D.C. air space, riddling people with bullets. Half the Washington Monument crumbles — symbolic on several different levels. Olympus — Secret Service code for the White House — falls. Terrorists shoot almost everyone — except for Banning, who drives like mad to the scene, dodges bullets and gets inside, alone but on his game.

Director Antoine Fuqua made Training Day and other films that made a pretense of using violence as more than a means to work you over. But the carnage here is both cruel and crude. Waves of people go down in showers of gore. The audience is primed to cheer when a pretty Asian terrorist gets her head blown off. The stars and stripes is shot full of holes and torn down — it drifts to the ground in slow motion.

More On 'Olympus Has Fallen'

Waiting for word is what's left of the government — including Angela Bassett as the Secret Service director and Morgan Freeman as the speaker of the House turned acting president, a job he practiced for as the president in Deep Impact. That's when they hear from our hero: "He will move mountains or die trying ..." Well, he doesn't move mountains but he shoots, stabs, strangles and tortures bad guys. And though Gerard Butler doesn't have much personality, he's solid — by which I mean he carries himself well and he's all muscle.

The terrorists are led by a North Korean psychopath who mouths leftist-sounding slogans; he's aided by an assemblage of Asians, Middle Easterners and people of darker hues, plus a turncoat agent played by Dylan McDermott. What we Americans — personified by Banning — do best is defend ourselves, in one case using a bust of Lincoln to bust a foreign terrorist's head.

OK, lots of not sick people enjoy violent junk like Olympus Has Fallen, including, on occasion, moi. I'm just tired of these tropes and their sway over large segments of the populace. Sure, we face threats. But the disproportionate number of movie scenarios like this — violation and vengeance — suggests a kind of addiction. I don't know what it means, but I know these aren't movies, really. They're fixes.