Accessibility links
Kids' Voices Key On Both Sides Of Gay-Marriage Debate Opponents of gay marriage have long argued that children's best interests require both a mom and a dad. Recently, however, the children of same-sex couples have started speaking for themselves, advocating for gay marriage.

When the Supreme Court takes up same-sex marriage next week, much of the debate will revolve around children. Opponents have long argued that kids' best interests require both a mom and a dad. Recently, however, more children of same-sex couples have started speaking out for themselves.

Two years ago, a video of a young man testifying in the Iowa Legislature went viral.

"Good evening, Mr. Chairman," the young man said. "My name is Zach Wahls. I'm a sixth-generation Iowan and an engineering student at the University of Iowa, and I was raised by two women."

Wahls told lawmakers he was a top student and an Eagle Scout — and that "the sexual orientation of my parents has had zero effect on the content of my character."

Steve Majors of the Family Equality Council says the gay advocacy group saw Wahls' video as "just the tip of the iceberg." The group filed an amicus brief with the Supreme Court highlighting the stories of people like him — the first generation raised by openly gay and lesbian parents.

On Thursday, the American Academy of Pediatrics announced its support of same-sex marriage as being good for kids, Majors says. 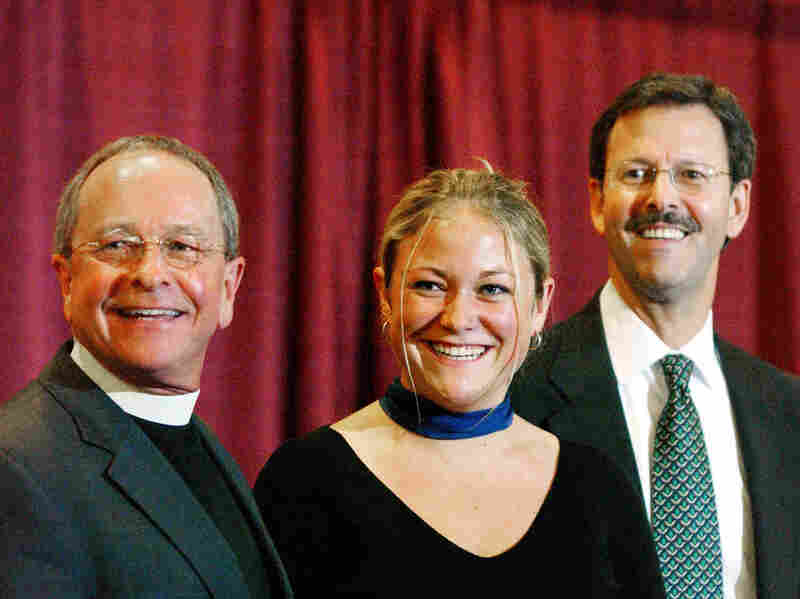 The Rev. Gene Robinson, along with his daughter Ella and partner Mark Andrew, attend a news conference after Robinson was confirmed as bishop of the Episcopal Church in Minneapolis in 2003. Robinson was the church's first openly gay bishop, and his daughter is an advocate for gay marriage. Eric Miller/Getty Images hide caption 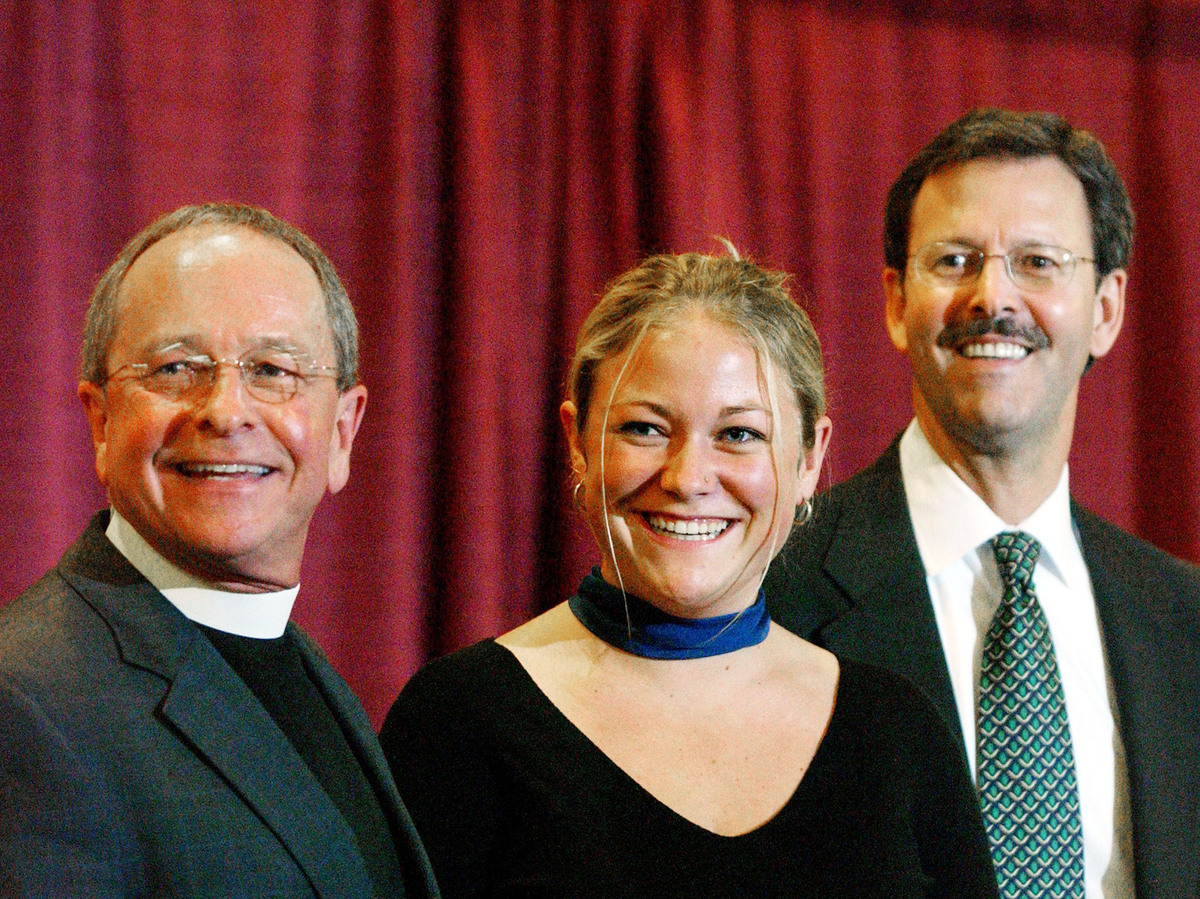 The Rev. Gene Robinson, along with his daughter Ella and partner Mark Andrew, attend a news conference after Robinson was confirmed as bishop of the Episcopal Church in Minneapolis in 2003. Robinson was the church's first openly gay bishop, and his daughter is an advocate for gay marriage.

"More than 30 years of social science research tells us that the children have the same outcomes, the same positive outcomes, as children raised by opposite-sex couples," he says.

Ella Robinson says her dad came out when she was 4 years old, and that's when her parents got divorced. Her dad is Gene Robinson, the first openly gay bishop of a major Christian denomination. He and his partner helped raise Ella at a time when she knew no other families like hers.

"We used to joke that people would expect a disco ball in our living room or naked pictures on the wall. And that could not have been further from the truth," says Ella, now 31. In reality, she says, it was board games and family dinners — boring, normal and loving.

Today, there are far more same-sex families. President Obama mentioned them when he told ABC last year that his views on gay marriage had "evolved."

"You know, Malia and Sasha, they've got friends whose parents are same-sex couples. It wouldn't dawn on them that somehow their friends' parents would be treated differently," he said.

In citing his children, the president echoed many others who have changed their mind on this issue. So does this explain the huge shift in public opinion?

'In The Media's Eye'

Surveys suggest that kids younger than 18 in same-sex families still number fewer than a quarter-million.

"The difference is that children raised by gay parents are very much in the media's eye," he says. "We see it on Modern Family. We see this hugely blown out of proportion. It's why, by the way, in Gallup [polls], Americans believe that a third to a fourth of Americans are gay."

Gay Marriage, DOMA And The Dramatic Shift In Public Opinion In One Year

In fact, studies estimate that it's more like 3 percent to 4 percent. And Peters argues that the media image of gay marriage's impact is misleading. His group put out an ad last fall stating that "young adults with a parent who has had a same-sex relationship fared worse on nearly two-thirds of outcomes measured."

That study is also cited in a Supreme Court brief, even though it has been widely debunked. Still, children are making their own heartfelt case.

Eleven-year-old Grace Evans, with her long hair in a braid, testified this month as Minnesota lawmakers considered legalizing same-sex marriage.

"I want to ask you this question: Which parent do I not need — my mom or my dad?" she said. She looked up from her paper to a long silence.

And a teen who testified against gay marriage in Maryland last year received online death threats. But Peters says kids are central to this debate.

"As long as the marriage conversation remains focused on, generationally, what's best for children, I think America will find the right way forward," he says.

Yet public opinion is moving rapidly in favor of same-sex marriage. A decade ago, the Pew Research Center found that most Americans thought it would undermine the traditional family. Today, researcher Michael Dimock says, most do not.

In fact, Dimock says, Americans seem to regard same-sex marriage and parenting as two separate issues.