Accessibility links
They All Voted For DOMA, But Now These Senators Are Split When the Defense of Marriage Act passed in 1996, it had strong bipartisan support. All of the 15 sitting Democrats who voted for it are now against it. But so far, Sen. Rob Portman is the only current Republican Senator to change his mind. 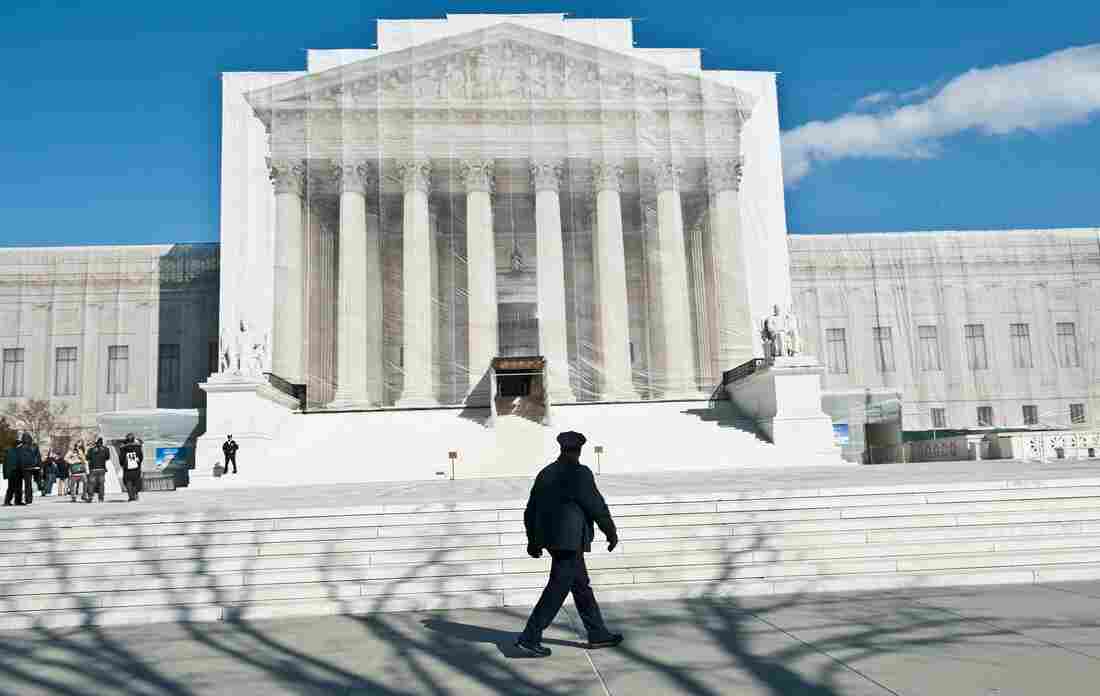 Supreme Court justices will hear arguments Tuesday on California's Proposition 8 ban on same-sex marriage. On Wednesday they'll hear arguments on the federal Defense of Marriage Act, which defines marriage as between one man and one woman. Nicholas Kamm/AFP/Getty Images hide caption 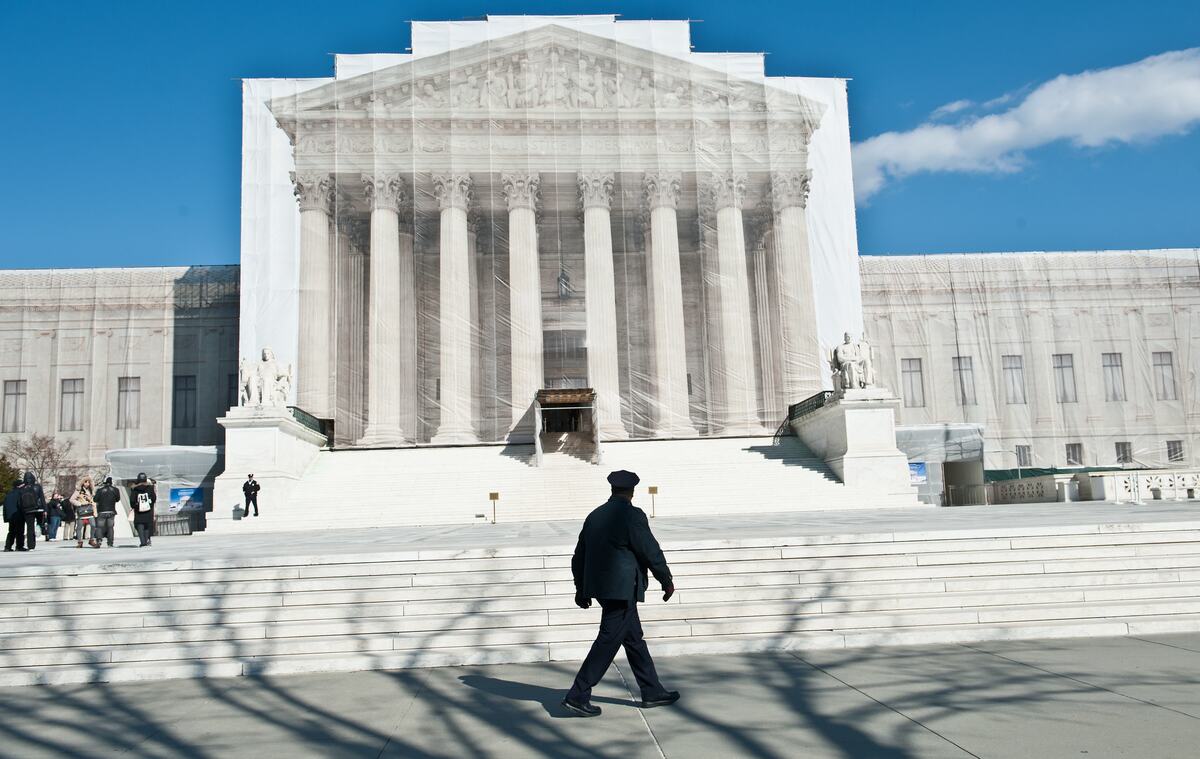 Supreme Court justices will hear arguments Tuesday on California's Proposition 8 ban on same-sex marriage. On Wednesday they'll hear arguments on the federal Defense of Marriage Act, which defines marriage as between one man and one woman.

The soul-searching over the Defense of Marriage Act went viral last week after Ohio Republican Sen. Rob Portman, a social conservative and original co-sponsor of the 1996 bill, sought out CNN to say something no one saw coming.

The Supreme Court will hear oral arguments in two cases next week, including a challenge to DOMA's constitutionality. The federal law defines marriage as only between a man and a woman.

More than 4 in 5 members of Congress voted for that law, but some who did are having second thoughts. Most of them are Democrats. 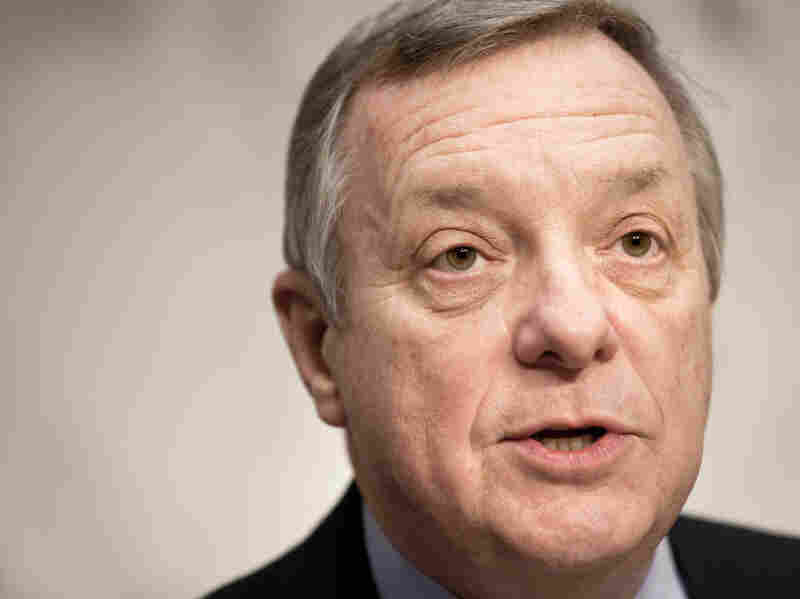 Illinois Sen. Richard Durbin is one of the 15 sitting Democrats who voted for the Defense of Marriage Act in 1996 but now oppose it. Brendan Smialowski/Getty Images hide caption 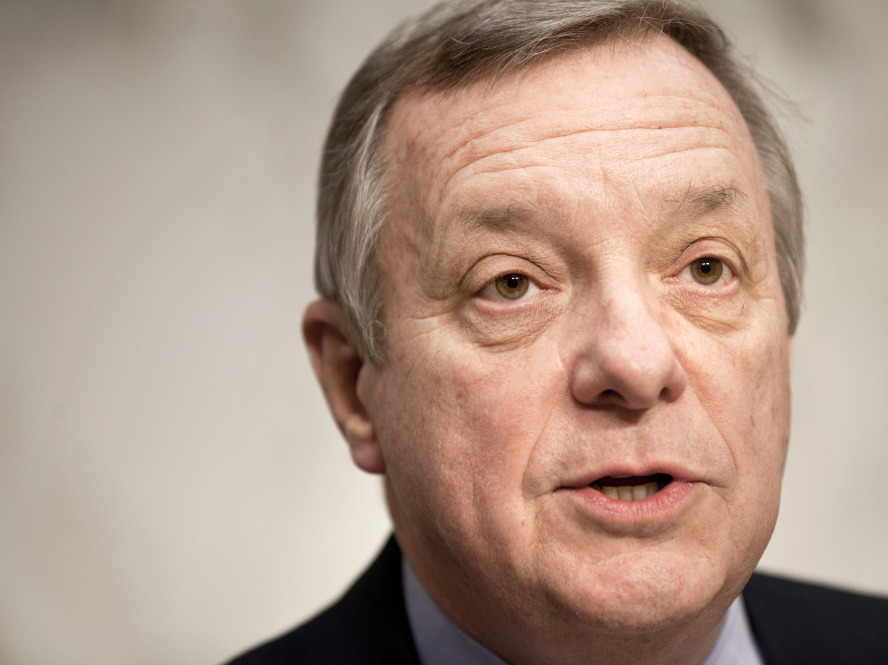 Illinois Sen. Richard Durbin is one of the 15 sitting Democrats who voted for the Defense of Marriage Act in 1996 but now oppose it.

Bill Clinton signed DOMA into law but now wants it overturned. This week, his wife, former Democratic senator, secretary of state and first lady Hillary Clinton did her own about-face. Without actually mentioning DOMA, Clinton spoke on a gay-rights advocacy group's website, making it clear she no longer opposed same-sex couples getting married.

"They are full and equal citizens and deserve the rights of citizenship. That includes marriage. That's why I support marriage for lesbian and gay couples," she said.

That shift aligns Clinton not only with President Obama, who now backs gay marriage, but also with every one of the 15 sitting Senate Democrats who voted for DOMA in 1996 and now oppose it. One is Patty Murray of Washington state.

"My state voted, and I voted with them, to allow marriages between gay and lesbian couples. I'm very proud of my state," she says.

"I think about my colleague, Sen. Portman, and his family situation. Mine is not that, but it certainly reflects a lot of friends that I've become close to over the years who are now in committed relationships, good people, some raising children," Durbin says. "I just felt at the end of the day, that this really is the civil rights question of our time."

But of the Senate's 14 sitting Republicans who also voted for DOMA, only Portman no longer supports it. Arizona's John McCain, whose wife and daughter have campaigned for DOMA's repeal, still backs the law.

"I have conversations with my children all the time on this issue, and many other people, and I respect Sen. Portman's viewpoint," he says.

Yet, McCain says he has not changed his mind.

Ten Republican senators who voted for DOMA signed a brief urging the Supreme Court to uphold the law. The lead author is Utah's Orrin Hatch, who insists he's not so far apart from Portman.

"Look, both of us believe that we should not discriminate against anybody. But where we do part is that I believe ... in the traditional definition of marriage that has existed for, some estimate, 6,000 years," Hatch says.

Though she's no longer in the Senate, Republican Nancy Kassebaum of Kansas has shifted her personal view of same-sex marriage.

"I certainly would vote to end it now. I think the time has come," she says.

Kassebaum voted for DOMA during her last year in the Senate, a time when no states recognized same-sex marriage.

Nine states and the District of Columbia do now. Kassebaum says it's time the federal government's laws acknowledged that reality, and that her fellow Republicans do the same.

"I'm sure people could say, 'Well yeah, right, she could say that, she isn't [in the Senate].' But I think it's personally the way I would feel," she says. "And personally, I would feel it shouldn't be necessarily a Democrat issue or a Republican issue."

Indeed, Portman says he described his decision to oppose DOMA as personal when he talked about it at a lunch this week with Senate GOP colleagues.

"I thanked them because I've had a number of people come up to me and express personal support for me and my family, and that's what I talked about," he says.

Portman says he isn't sure whether he will be the only Republican to reverse course.

"I really don't know. I didn't do this for political reasons, as you know, and I haven't really thought through the partisan politics of it," he says.

And yet, the strong bipartisan support DOMA once had is clearly gone. What backing it still has comes almost exclusively from the Republican side of the aisle.