Accessibility links
The Same-Sex Marriage Cases: A Primer This week, the U.S. Supreme Court hears a pair of cases on the issue of gay marriage. On Tuesday, the justices will review California's Proposition 8; on Wednesday, they take up the constitutionality of the federal Defense of Marriage Act. 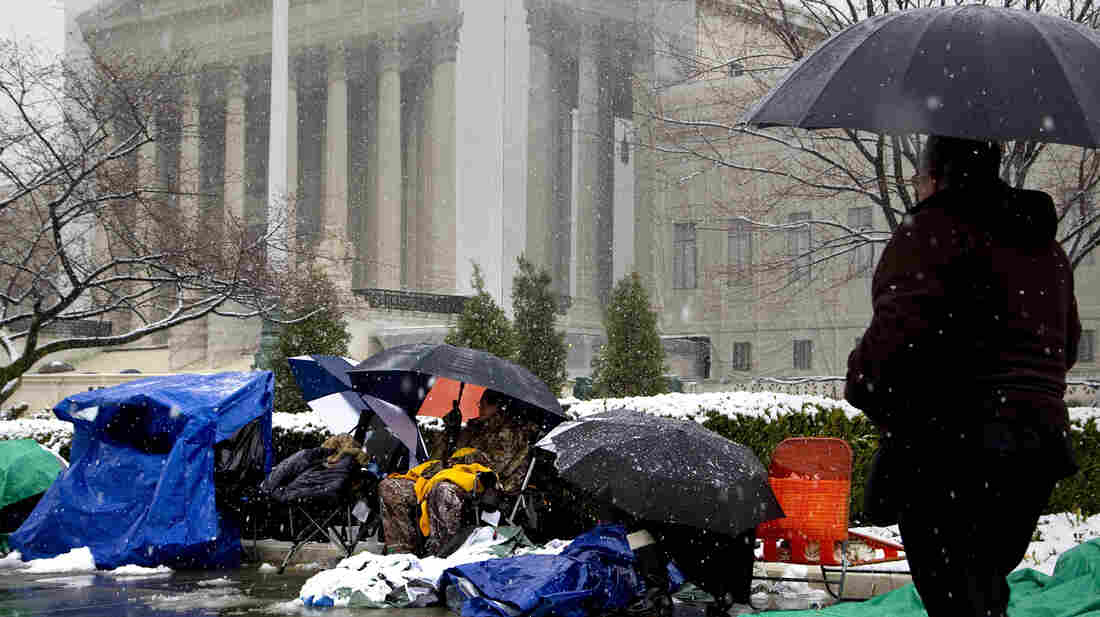 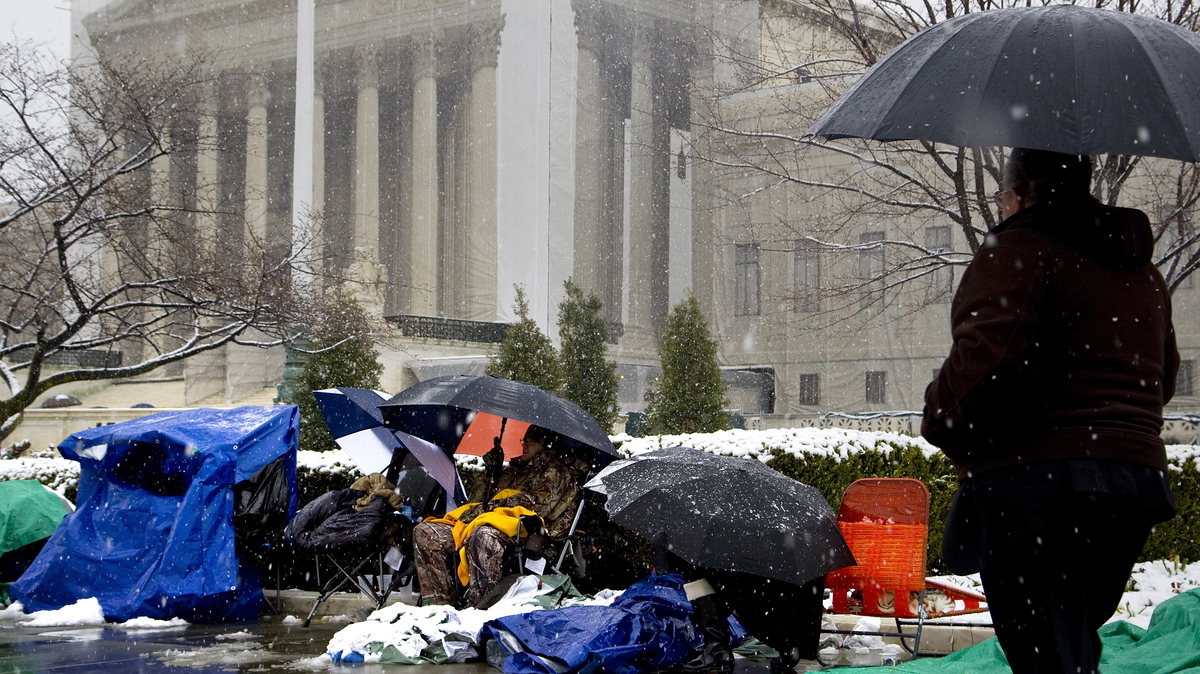 People wait through winter weather Monday outside the U.S. Supreme Court, in line hoping to attend oral arguments in the same-sex marriage cases being argued Tuesday and Wednesday.

At Issue: This case centers around a challenge to California's voter-approved gay marriage ban, known as Proposition 8: Does it violate the 14th Amendment, which prevents states from denying people equal protection under the law? In this case, too, there's a question about whether gay marriage opponents have a right to defend the ban in court, since the state of California has declined to do so.

The Background: Two same-sex couples, Kristin Perry and Sandra Stier, and Paul Katami and Jeffrey Zarrillo, sued after being denied marriage licenses in 2009.

What Other Courts Have Said: Lower federal courts have ruled against Proposition 8. However, the federal appeals court that heard the case before it headed to the Supreme Court ruled on narrow grounds, saying because California previously allowed same-sex marriage, "Proposition 8's only effect was to take away that important and legally significant designation." The Supreme Court could similarly rule in a way that only applies to California or a handful of states. Or it could rule broadly on whether all gay couples have a right to marry.

At Issue: The case challenges the 1996 law that bars federal recognition of same-sex marriages, preventing those couples from getting tax breaks and other benefits for married couples. Does it violate the Fifth Amendment guarantee of equal protection of the law for the federal government not to recognize gay couples legally married under the laws of their state?

But with the Supreme Court, things are rarely straightforward. The Obama administration has decided not to defend the law. So now the court also has to decide whether that means it doesn't have jurisdiction to rule on the case and whether House Republicans can defend the law instead.

The Background: Edith Windsor sued because, as she put it, "I couldn't believe that our government would charge me $350,000 because I was married to a woman and not a man." When her spouse died, Windsor had to pay federal estate taxes that wouldn't have been required if her marriage had been recognized by the government.

What Other Courts Have Said: Lower courts have ruled in Windsor's favor, saying the part of the Defense of Marriage Act that defines marriage as "only a union between one man and one woman" is unconstitutional.