Accessibility links
High Court's Decision On Federal Marriage Law Has Tax Implications How the Supreme Court decides the Defense of Marriage Act could mean changes for how same-sex couples file taxes. But experts say checking off the "married" box on tax forms will be a mixed bag for some gay couples. 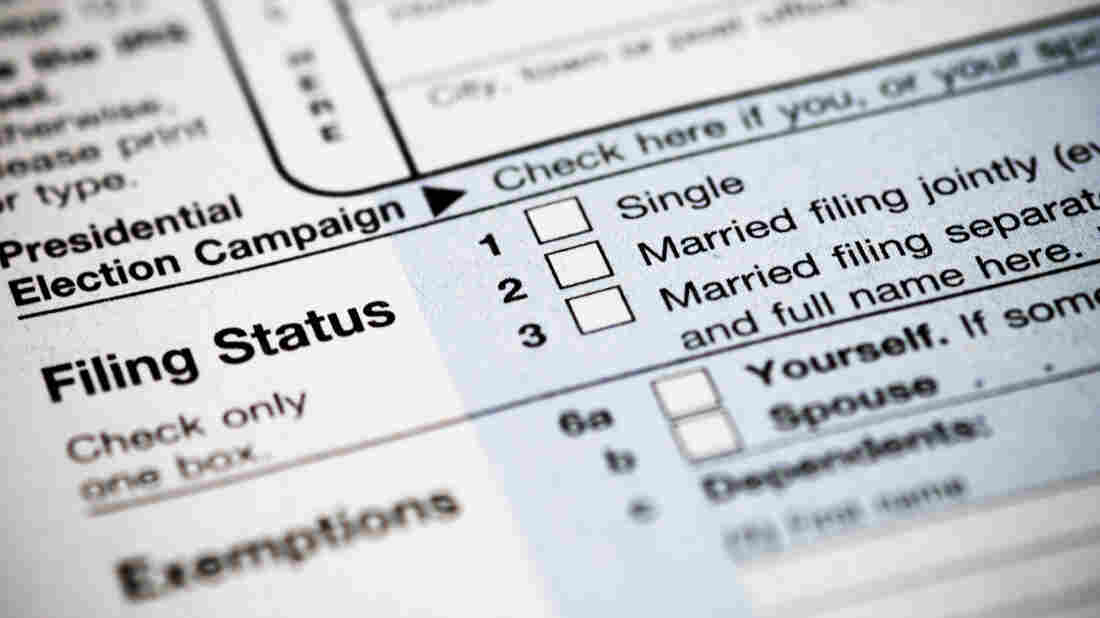 While equal rights occupy a large part of the debate over same-sex marriage, federal taxes are also a concern for gay couples. Experts say repealing the Defense of Marriage Act will affect some same-sex couples when they file their taxes. iStockphoto.com hide caption 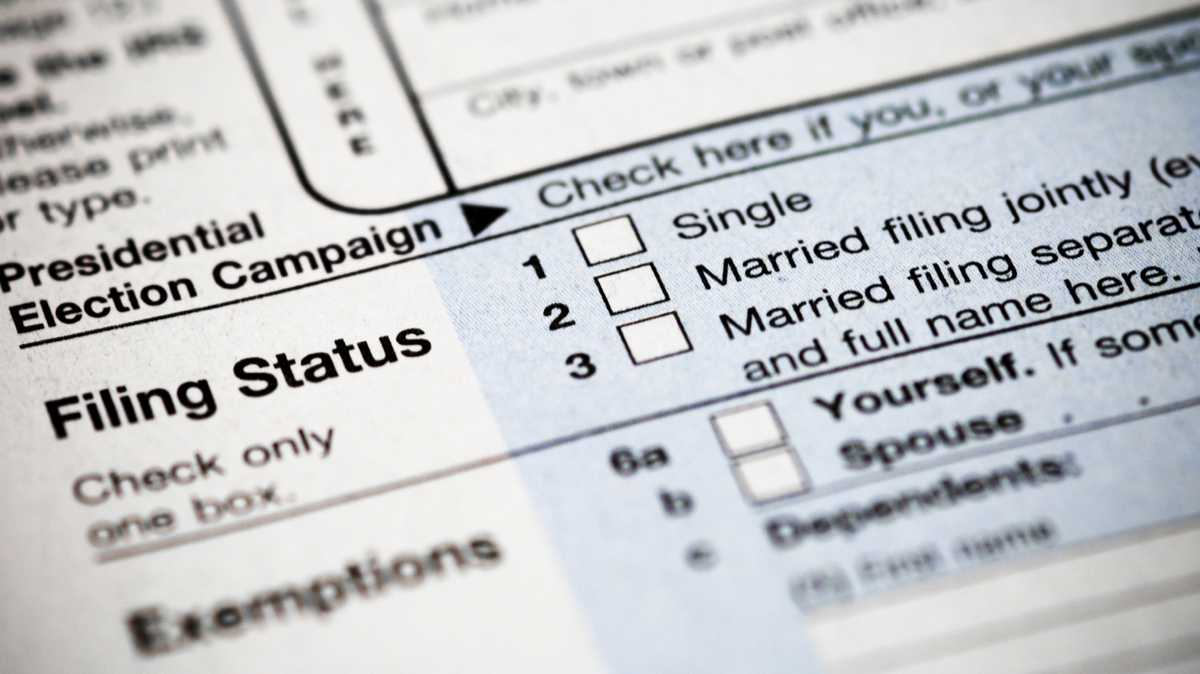 While equal rights occupy a large part of the debate over same-sex marriage, federal taxes are also a concern for gay couples. Experts say repealing the Defense of Marriage Act will affect some same-sex couples when they file their taxes.

When advocates for gay marriage talk about it, they usually focus on the struggle for equality and civil rights.

But how the Supreme Court decides the Defense of Marriage Act case being argued this week could possibly have big implications in another arena — the money same-sex couples owe the Internal Revenue Service.

The case that could throw out a law that defines marriage as between a man and woman started with a tax bill.

Edie Windsor married her partner of more than 40 years in Canada in 2007. Their relationship was recognized by the state of New York, where they lived together. But when her spouse died two years later, Windsor inherited a huge estate tax bill — a bill she would have avoided if her marriage had been recognized under federal law.

"The big thing that people need to be aware of is that you have to actively plan if you're LGBT in your estate or individual taxes, because the law is not set up to protect you," says Nanette Lee Miller, an accountant who works with gay and lesbian clients.

Miller says many of those couples are watching the Supreme Court this week for clues about what's in store for their own finances.

They don't get a marital deduction for estate tax purposes, so they usually need access to cash or life insurance to be able to inherit their partner's share of a home or other assets.

That could change, if the high court rules for Windsor and declares the 1996 Defense of Marriage Act unconstitutional. In that case, same-sex couples would get the same estate tax benefits as married partners.

Roberton Williams of the Urban Institute in Washington, D.C., says those savings would help just a tiny fraction of people.

"Very, very few people pay estate taxes," he says. "We estimate that with today's exemption level of $5 million, less than two-tenths of 1 percent of deaths result in a taxable estate."

Individual Tax Returns Will Be Affected

A ruling that the entire DOMA law is unconstitutional would have a much bigger impact on individual tax returns — the ones filed by same-sex married couples or registered domestic partners every year.

"If failure to recognize same-sex couples for tax purposes is unconstitutional, then it would be unconstitutional also to insist that it be a man and a woman — husband and wife — who file a joint return," says Patricia Cain, a law professor at Santa Clara University in California.

Cain says the ability for same-sex couples to file taxes jointly will be a mixed bag.

"That's good for some people and bad for others," Cain says. "In other words, you know, we have a marriage bonus when you have a couple with one high earner and one stay-at-home partner or low-income partner. And those people usually experience a tax bonus when they file jointly."

The Good, And The Bad

So, generally, good news for couples whose incomes are wide apart, but bad for some other same-sex couples with roughly similar incomes.

The numbers are complicated, and many couples are asking accountants such as Miller for advice.

She says people who may get some tax benefits if DOMA is overturned are thinking about amending their tax returns for the past three years to try to collect some extra money.

"For individuals you can go back to 2009, 2010, 2011, and you can also file an amended return, or there's a form to fill out in taking advantage of married filing jointly," Miller says.

But she says some clients have been surprised to find out they'll pay the dreaded marriage penalty, and they're not happy.

She says she tells them that's just a price of equality.