Accessibility links
A Hot Topic: Climate Change Coming To Classrooms For the first time, new nationwide science standards due out soon will recommend teaching K-12 students about climate change. Educators say many teachers have shied away from the polarizing topic, and an organized campaign to promote it as "controversial" leaves many students confused. 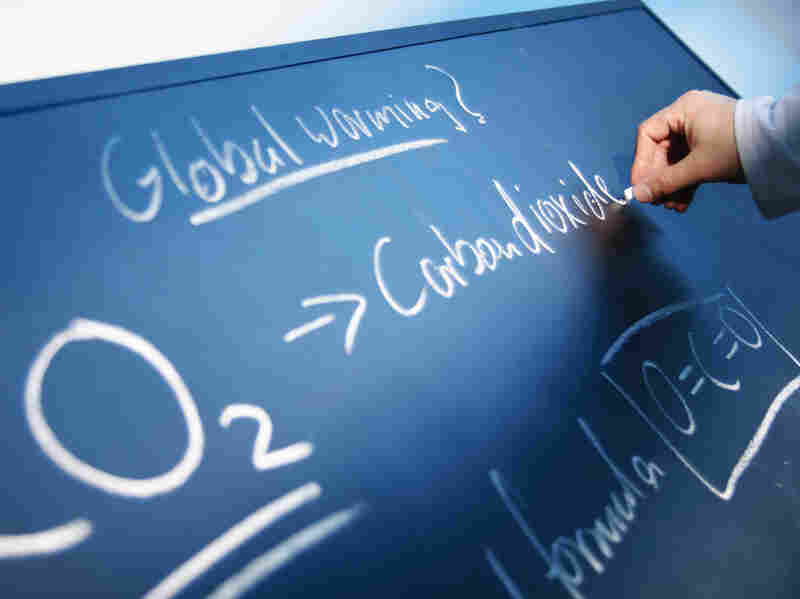 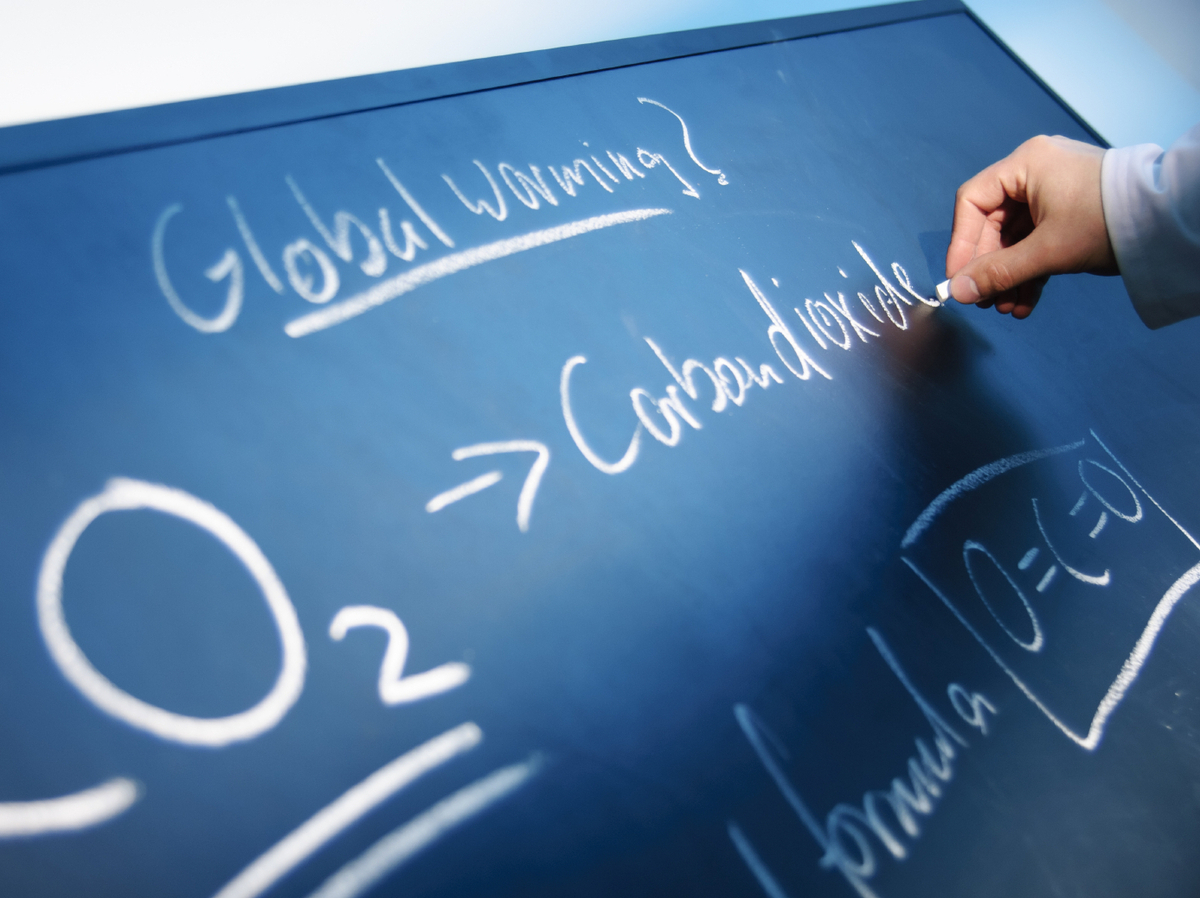 By the time today's K-12 students grow up, the challenges posed by climate change are expected to be severe and sweeping. Now, for the first time, new nationwide science standards due out soon will recommend that U.S. public school students learn about the climatic shift taking place.

Mark McCaffrey of the National Center for Science Education says the lessons will fill a big gap.

"Only 1 in 5 [students] feel like they've got a good handle on climate change from what they've learned in school," he says, adding that surveys show two-thirds of students say they're not learning much at all about it. "So the state of climate change education in the U.S. is abysmal."

We all learn the water cycle. But how many can draw a picture of the carbon cycle? It would include plants taking in carbon to grow, then dying, and eventually turning into fossil fuels like coal and oil, which then put carbon back into the atmosphere when burned.

Even when this is taught, McCaffrey says, climate is often sidelined. Why take Earth science, when what you need to get into college is biology and chemistry? A recent report on climate literacy recommends sweeping changes to address such issues.

On top of this, there's the political battle over how climate change is taught. Last month, Colorado became the 18th state in recent years — including seven this year — to consider an "Academic Freedom Act."

"The bill will go toward creating an atmosphere of open inquiry," Joshua Youngkin of the Discovery Institute told state lawmakers. The institute is the same group that's long questioned evolution and the way it's taught. Now it has crafted suggested legislation that also targets global warming, although Youngkin testified that the aim is not to ban teaching about climate change.

"It just gives teachers a simple right," he told lawmakers, "to know that they can teach both sides of a controversy objectively, and in a scientific manner, in order to induce critical thinking in their student body."

But critics point out there is no controversy within science: Climate change is happening, and it's largely driven by humans. So far, only Tennessee and Louisiana have passed legislation meant to protect teachers who question this.

Still, educators say the politicization of climate change has led many teachers to avoid the topic altogether. Or, they say some do teach it as a controversy, showing Al Gore's An Inconvenient Truth one day, and the British documentary The Great Global Warming Swindle the next. The end result for students? Confusion.

"To the extent that these standards do paint a picture that I think runs counter to the scientific evidence, we're going to make sure that we point that out," says James Taylor, a senior fellow with the Heartland Institute. The free-market think tank is working on its own curriculum questioning humans' role in global warming.

The new science standards are voluntary, but 26 states helped develop them, and it's hoped that even more will eventually adopt them.

"There was never a debate about whether climate change would be in there," says Heidi Schweingruber of the National Research Council, which created the framework for the standards. "It is a fundamental part of science, and so that's what our work is based on, the scientific consensus."

Schweingruber says a lot of thought did go into how to deliver what can be crushingly depressing information, without freaking kids out. For instance, while students will learn that humans cause global warming, they'll also be taught what kinds of actions can have a positive impact in helping to reduce it.

McCaffrey, of the National Center for Science Education, says many teachers will need training themselves on climate science. He'd also like to see them prepared for the pressures that come with teaching it.

"We've heard stories of students who learn about climate change," he says. "Then they go home and tell their parents, and everybody's upset because the parents are driving their kids to the soccer game, and the kids are feeling guilty about being in the car and contributing to this global problem."

McCaffrey says this raises all kinds of psychological and social issues that are difficult to grapple with, yet essential for this generation of students to take on.

A previous Web version of this story incorrectly described new national science standards as "federal." That version, as does the audio, also overstated the number of states saying they're likely to adopt them.