Accessibility links
Hollywood's History Of Putting Gay Rights On Trial With the Supreme Court hearing arguments this week on same-sex marriage, film critic Bob Mondello observes a parallel evolution in what he calls a Hollywood mini-genre: films in which gay characters are either taken to court or seek redress in court for issues involving their sexuality. 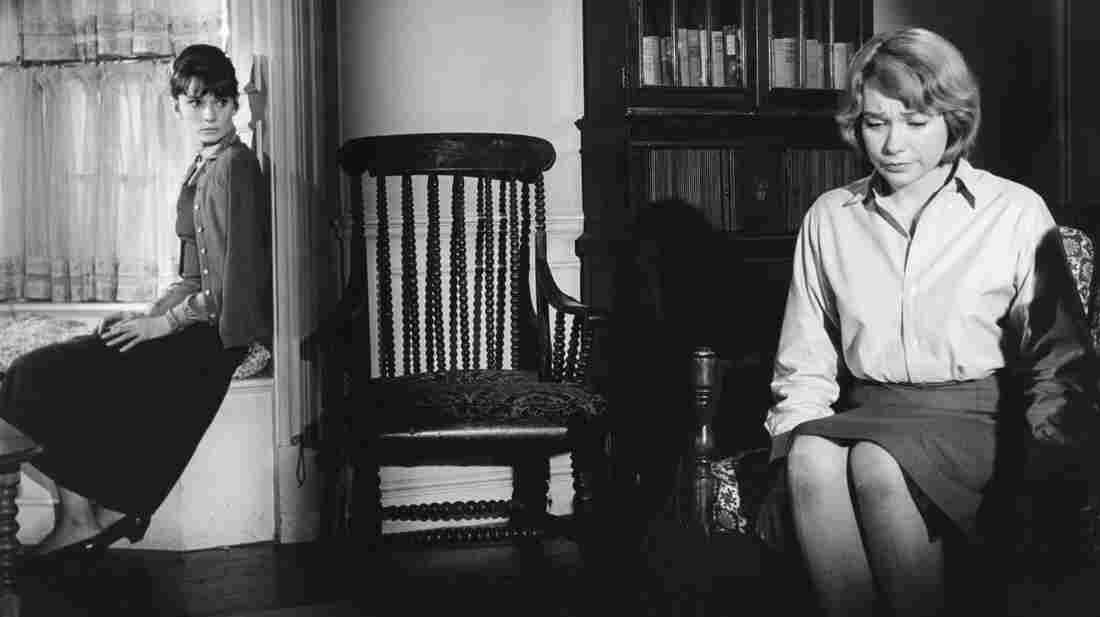 Teachers Karen and Martha (Audrey Hepburn and Shirley MacLaine) find the extent of their relationship questioned in the courts of public and private opinion in 1961's The Children's Hour. John Springer Collection / Corbis hide caption

With the Supreme Court hearing arguments this week on same-sex marriage, I'd like to point out a parallel evolution in what I see as a Hollywood mini-genre: films in which gay characters are either taken to court or seek redress in court for issues involving their sexuality.

Arguably the most famous question ever asked in a courtroom about a line of poetry — "What is the love that dare not speak its name?" — was originally put to playwright Oscar Wilde in 1894 by a British prosecutor. It was an attempt to trap Wilde into admitting to then-illegal homosexual conduct.

His impromptu answer, while eloquent, reinforced his guilt in the eyes of the court, an outcome that actor Peter Finch seems determined to avert in 1960's The Trials of Oscar Wilde, as he fairly rattles it off in a speech taken verbatim from the court transcripts. Briskly businesslike, forceful and assertive, Finch is not just addressing the court but also seeking to allay worries about unmasculine behavior in a buttoned-down, post-war era audience.

How Ellen DeGeneres Helped Change The Conversation About Gays

Three decades (and many Oscar Wilde films) later, actor Stephen Fry took a far different approach to that same speech in the film Wilde. Tremulous, soft-spoken and lingering almost sensually over phrases, he delivers his defense in the full expectation that 1990s audiences will empathize with Wilde. The words remain the same, their impact is altogether altered.

Hollywood's long-term obsession with another real-life case required different strategies from filmmakers. Teen thrill-killers Nathan Leopold and Richard Loeb inspired both "the trial of the century" and multiple movies. But early ones had to be heavily fictionalized. Alfred Hitchcock made up a whole new murder case in Rope, which dealt with gay themes only as subtext and seized on the pair's interest in Nietzschean theory in 1948.

A decade later, the movie Compulsion allowed a defense attorney played by Orson Welles to hint a bit about "immature boys of diseased minds," but he mostly asserted that the trial's sensationalism stemmed from the wealth, rather than the sexual orientation, of his clients.

Three decades later, Swoon showed no such reserve, focusing on the killers' sexuality almost to the exclusion of all other motives. 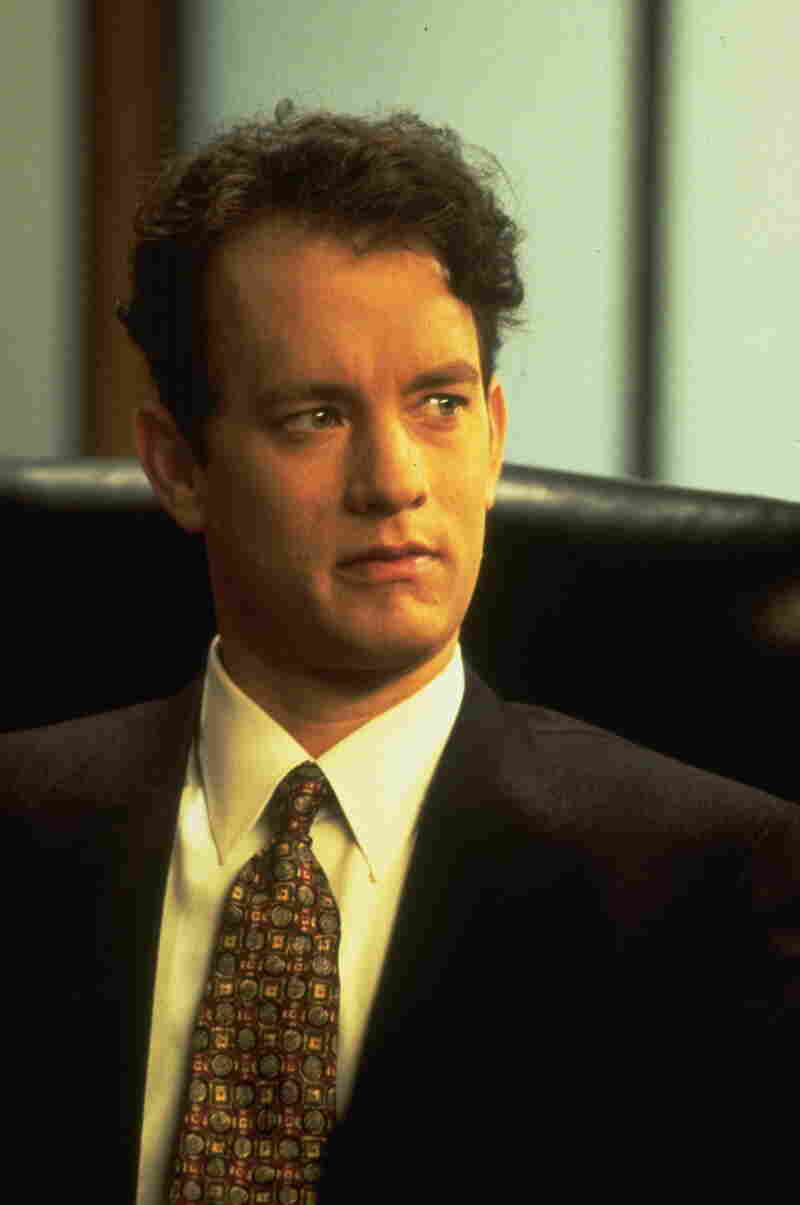 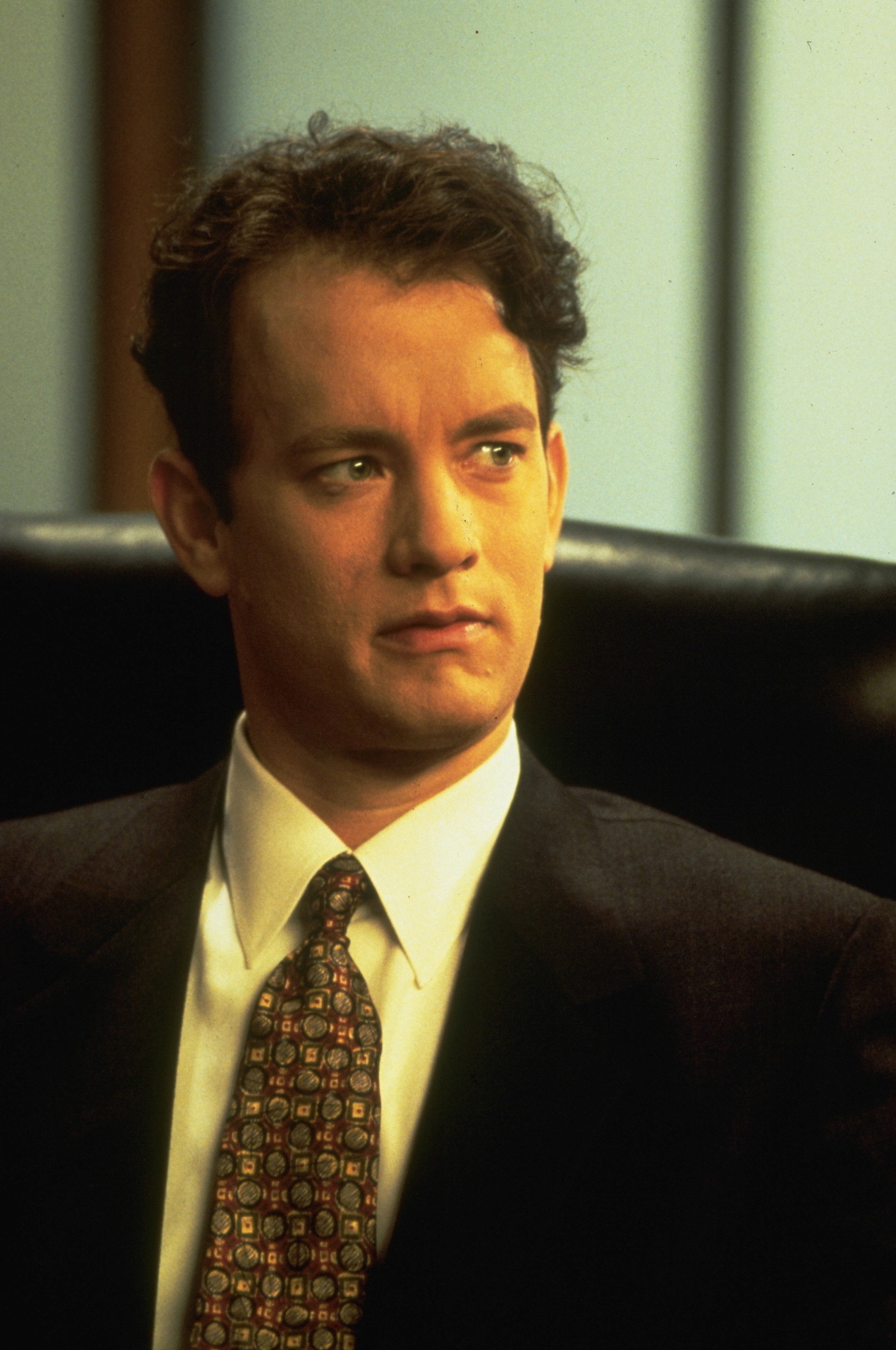 Until recently, let's note, most real-life court cases have mirrored those two infamous trials in not turning out well for lesbian and gay defendants, a fact that necessarily colors film depictions of them. And if fiction offered a little more latitude, it still had an obligation to appear plausible, so social prejudices figured strongly in them.

In Lillian Hellman's midcentury drama The Children's Hour, for instance, schoolteachers Shirley MacLaine and Audrey Hepburn, falsely accused of being lovers, could find so little support that they never got their day in court to prove their innocence. But even if a court had heard their case fully, things likely wouldn't have gone well for them for reasons movie characters have spent decades beating around the bush about. That is, until attorney Denzel Washington laid them out clearly in the AIDS-trial drama Philadelphia.

"Let's talk about what this case is all about," he declaimed, while defending the AIDS-stricken lawyer played by Tom Hanks. "The general public's hatred, our loathing, our fear of homosexuals, and how that climate of hatred and fear translated into the firing of this particular homosexual, my client."

Washington is playing a deeply homophobic man whose opinions evolve on gay issues during the course of the film — evolve way past where many audience members were at that point. Philadelphia was released in 1993, four years before Ellen DeGeneres came out on TV, five years before the first episode of Will & Grace and 12 years before Brokeback Mountain. The judge's response, that justice is "blind to matters of race, creed, color, religion and sexual orientation," was almost startling to audiences in a time when homosexual activity was still outlawed in many states.

"With all due respect, your honor," replied Washington, "we don't live in this courtroom though, do we?"

Today, in a limited but evolving sense, we do — at least judging from this week's cases before the Supreme Court. And that means that the movie Philadelphia — the product of an industry that, for business reasons, worries, much as the court does, about getting out in front of public opinion — is starting to seem just as much a period piece as any film about Oscar Wilde.