Accessibility links
It's Been An Ugly Year For College Basketball Frank Deford isn't impressed with the style of play — or the style of uniforms — in this year's March Madness. 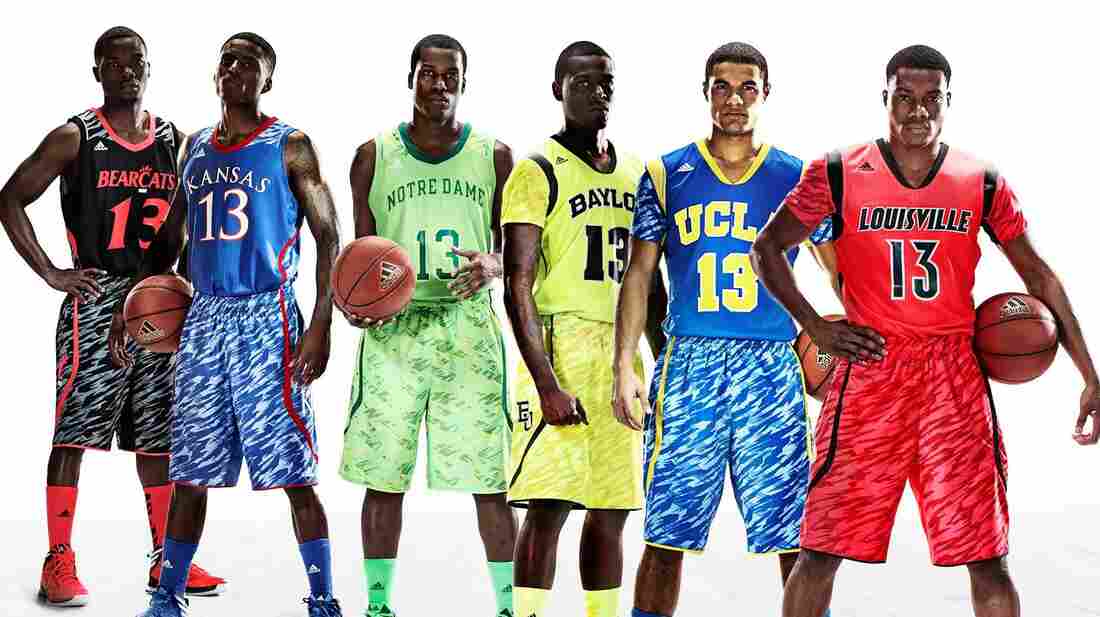 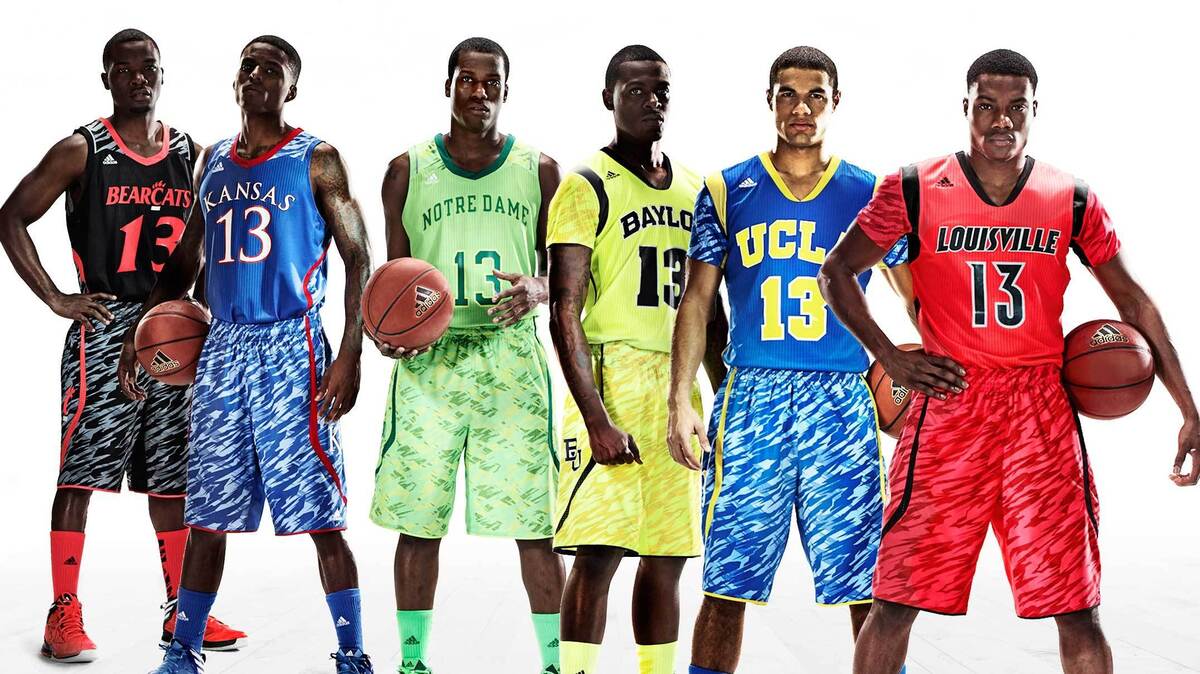 There once was a wise old basketball coach named Arad McCutchan who led the Evansville Purple Aces to five national championships in the small-college division, dressing his Purple Aces in bright orange T-shirts. I've been reminded of this recently as a number of grubby athletic directors have sold out to the sporting goods companies, allowing their teams to be costumed in the most hideous outfits.

For openers: Whoever decided that basketball uniforms should have a camouflage motif? That makes as much sense as attiring the Navy SEALs in tutus. Then we have the tacky day-glo ensembles, which have actually been modeled by the likes of good old hidebound Notre Dame. But then, it's been an ugly year all around for college basketball.

The greatest irony of March Madness 2013 is that in a sport that highlights individual stars, there's simply none of any box-office consequence playing in college. Well, not any men. The fabulous 6-foot-8 Brittany Griner of Baylor Unversity may well become the greatest female player ever to adorn the sport. But never mind special men's players; there aren't any particularly good men's teams around either. The brackets lack it.

Alas, the average team score is well down into the 60s, reminiscent more of the paleolithic pre-jump-shot era. Basketball at its best is an artful game of grace, played with abandon by perhaps the finest, most complete athletes in the world, but the college sport has become too roughhouse. Officials permit defenders to deface the game's beauty — blocking, chucking, forearming, grabbing. To update the old Rodney Dangerfield line: I went to a wrestling match and a college basketball game broke out.

And the it's-about-me coaches. It used to be that football coaches were the scowling, conservative types, but college football is now a more appealing, wide-open game. Meanwhile, basketball coaches have clamped down, trading creativity for control. If Woody Hayes came back, he'd surely be a basketball coach, slowing down the tempo, while Johnny Wooden would be run-and-gunning the pistol formation on the gridiron.

So, what a special delight it was this past weekend to see this unknown 15th seed playing at top speed, laughing and loose, unchained by their unknown coach who apparently hadn't heard that big-time coaches are supposed to button it down to prove their genius. The unknown team is Florida Gulf Coast, the unknown coach is Andy Enfield, and nice, stylish uniforms, too.

Oh, and speaking of uniforms, Arad McCutchan didn't dress his Purple Aces in orange T-shirts just to please any Nike or Adidas. He did it just because he concluded that orange was the easiest color to spot, say, for one of his players throwing a fast-break pass, and T-shirts were better for body warmth. Substance, not showing off.