Accessibility links
Looking For 'Oxygen,' Small Papers Erect Digital Pay Walls The Washington Post and the San Francisco Chronicle are the latest big newspapers embracing a pay model for Web content that had been free. But around the country, more small papers, like the Chinook Observer in Washington state, have also started charging for their digital content in a bid for economic survival. 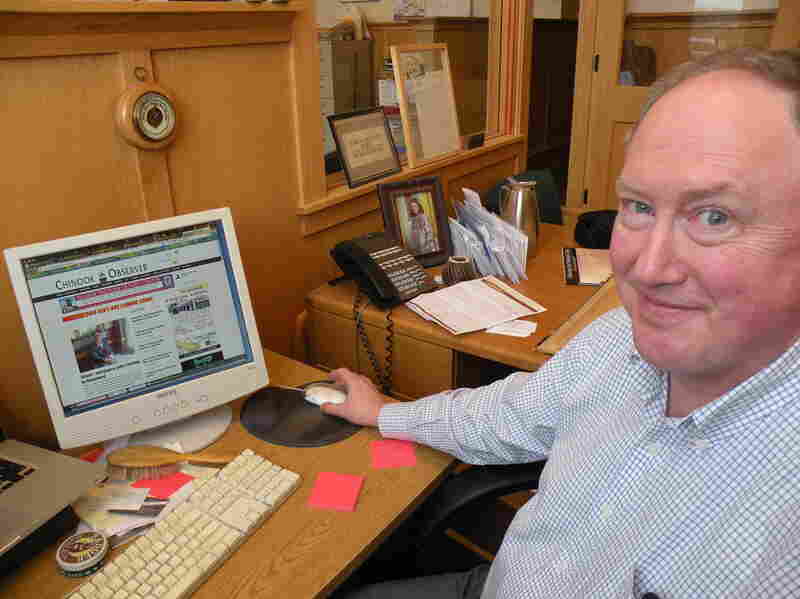 In Long Beach, Wash., Chinook Observer editor and publisher Matt Winters has overseen his paper's transition to the Internet and, more recently, to a pay wall. Ashley Gross for NPR hide caption 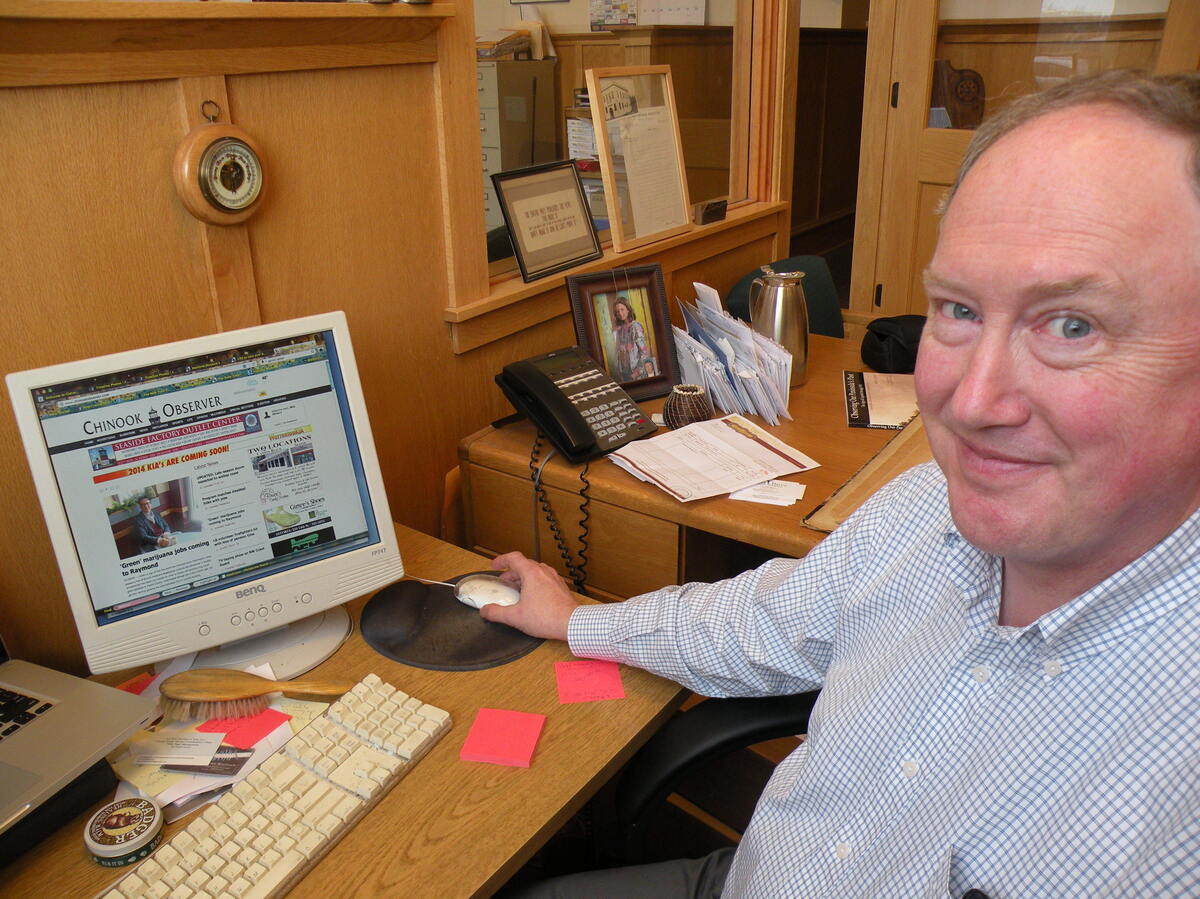 In Long Beach, Wash., Chinook Observer editor and publisher Matt Winters has overseen his paper's transition to the Internet and, more recently, to a pay wall.

The Washington Post and the San Francisco Chronicle recently said they will start charging readers for online content, joining big papers like The New York Times and The Wall Street Journal. Some large papers have made it work because they offer a lot of unique content.

But the same holds true for tiny community newspapers, like the weekly Chinook Observer tucked in an isolated corner of Washington state.

Newspapers big and small have a similar goal: economic survival.

Steve Rogers is a commissioner for Pacific County along the coast of Washington state. The county is about the size of Rhode Island but only has 20,000 residents. In the parking lot of the McDonald's in the town of Long Beach, Rogers climbs into his truck to take advantage of the free Wi-Fi.

But his favorite news app is the Chinook Observer. It's a weekly newspaper with a print circulation of 5,500, published in Long Beach. Rogers reads everything in it — from a front-page story about plans for a marijuana grow operation all the way to job ads.

"I had a little bit of reluctance at first because we have the sense of the Internet being free," Rogers says. "Well, nothing's free. They have to hire people to do all these things."

The Chinook Observer office is a quick walk from the windswept Pacific coastline. Today, the paper has just come out, and people are walking in to plunk down four quarters for a copy.

In back is editor and publisher Matt Winters. He has been here long enough to remember how it felt when his paper first went online in the late 1990s. All of a sudden the Observer's stories could be read in Australia or Russia.

"We, as everybody did in our industry, just loved the idea because we're all just inherently, in the business, have this passionate desire to get information out to people and tell stories," he says.

'How Does This Compute?'

After a while, Winters says, some harsh economic realities became clear. Digital advertising is not lucrative, and print circulation has been falling.

"Out here in the hinterlands, we were sort of looking at this model of, gee, you know, we're giving away all this stuff we've agonized over the week to produce. How does this compute?" he says.

The answer is, it doesn't. So, the paper put up a pay wall. In fact, more small papers have started charging than have large papers. That's according to research by Mike Jenner, a professor at the Missouri School of Journalism. He says it's partly because many small papers have a news monopoly — the Chinook Observer is the only one covering the Long Beach City Council. Still, Jenner says pay walls aren't magic.

"It's not going to replace the lost advertising revenue, but at this point these newspapers are looking for oxygen, and this is a little flow of oxygen for them," he says.

As a reporter for the Observer, Amanda Frink has covered everything from a murder investigation to the annual cranberry harvest. She says she's glad the paper has a pay wall now, but still: "I think eventually it's going to become the point where maybe there aren't newspapers anymore. So this whole pay wall transition is necessary to keep jobs like mine," she says, adding, with a laugh, "I certainly hope it does."

The Chinook Observer has been around since 1900. The paper's staff hope it's taking the right steps to make sure the publication is still here at the close of this century.