Accessibility links
86-Year-Old Music Teacher A Hit Among Jailed N.C. Youths At the Western Youth Institution in Morganton, N.C., a grandmotherly music instructor earns the respect of inmates with music and butterscotch candies. 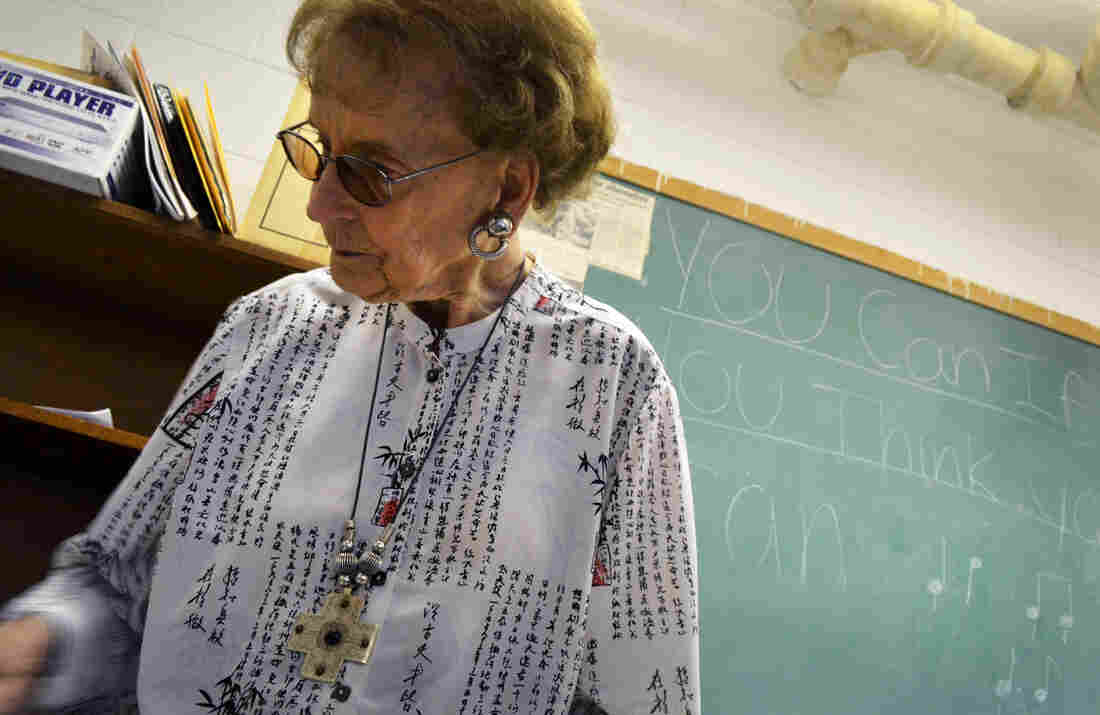 "I try very hard not to be judgmental and offer these guys understanding," says Millicent Gordon, the music teacher at Western Youth Institution. "They desperately need someone to listen to them." Briana Duggan/WFAE hide caption

Prisons are notoriously difficult places to work in for obvious reasons. But one prison in North Carolina has an employee who is indispensable: a grandmother.

Millicent Gordon is not a guard or doctor — she's a music teacher. And she not only brings her warmth to the state's only youth prison, but her popular butterscotch candies, too.

Only one person at Western Youth Institution has a reserved parking space, and it's not the warden. Smack dab outside the front door of the 16-story youth prison, halfway between Charlotte and Asheville, is a small sign. It reads, "Reserved for Millie Gordon" — the music teacher.

Her music classes and choir are made up of the state's youngest offenders, but she says she's never been scared.

She doesn't ask about her students' crimes. Her secret to success, she says, is not judging them. That and the butterscotch candies don't hurt.

Although there are a lot of disrespectful people in this facility, nobody disrespects Ms. Gordon.

"When you finish a paper in her class you get butterscotch and everybody love[s] butterscotch," says Kaseim Anderson, one of her students. "When you get the butterscotch you have to say thank you. Although there are a lot of disrespectful people in this facility, nobody disrespects Ms. Gordon."

Gordon always wanted a career in music. She even took classes at Juilliard. But when marriage and kids came around, music became a side item.

Then her husband left her. Not long after, Gordon says, she had a dream of young men reaching through prison bars. When she woke up, she remembered a call she had received two years prior — a man asking her to start a music program at the prison down the road in Morganton.

She called him back.

"As soon I said, 'This is Millie Gordon.' The man who had called me said, 'Are you ready to start that music program?' And I said, 'You mean in two years you haven't found anyone?' And he said, 'I guess we've been holding it for you,' " she recalls.

On the chalkboard in a beginner's music class, above several scribbled music notes, Gordon had written her own note: "You can if you think you can."

She dismissed class early, but not before she concluded her other lesson.

She passed out a poem called "I Am Special." Amid some chuckles, the students took turns reading.

"I am beginning to realize that it's no accident that I am special," a student read out loud. 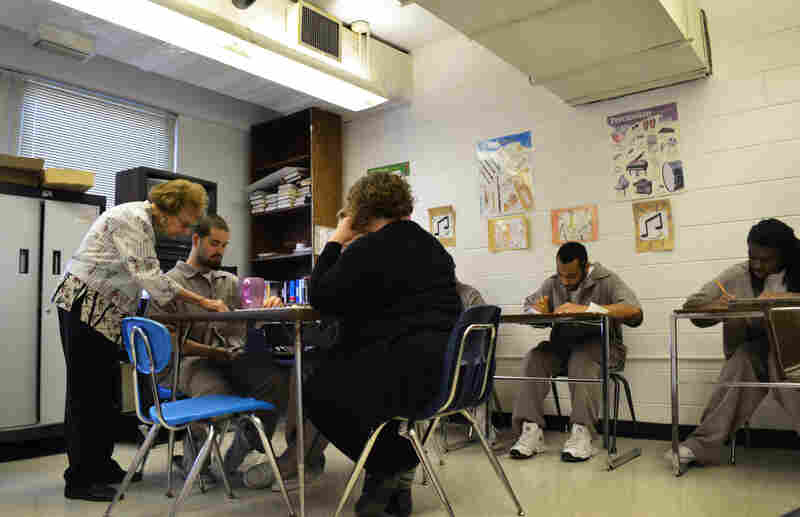 For many inmates, Gordon's music class is their first. "But when they discover they have some talent, it's very exciting," she says. Briana Duggan/WFAE hide caption 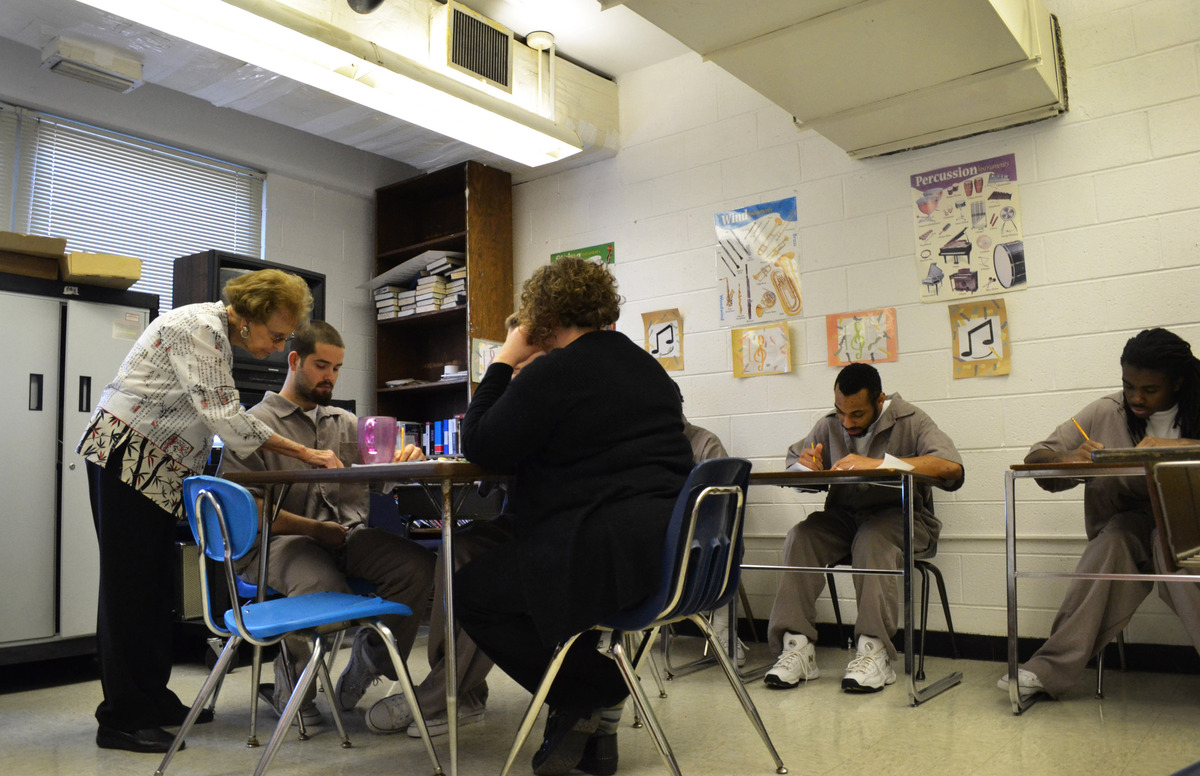 For many inmates, Gordon's music class is their first. "But when they discover they have some talent, it's very exciting," she says.

She said they're actually lucky to be in prison.

"And that's what's kept me here all these 30 years, is that you guys are special, that God has chosen you," Gordon told her class. "If you'd stayed out on the street you might be dead now, and you know some of your friends are deceased."

She rarely hears from students once they get out. She's not allowed to contact them for a year and by then they've usually gone on somewhere else.

"But I turn them over to God and say, 'He's your child now, you know what to do,'" Gordon says.

"I never thought in my youth, when I was studying for a career in music, that in my old age — in my 80th decade — I would be doing the work that I'm doing behind bars. Thank you, father," she laughs.