Accessibility links
As Housing Industry Builds Up, Other Sectors Follow The housing recovery is well on its way, economists say, and Americans are becoming more comfortable spending on things like remodeling, moving, gardening and furniture. One economist expects increased housing wealth to boost consumer spending by $100 billion this year. 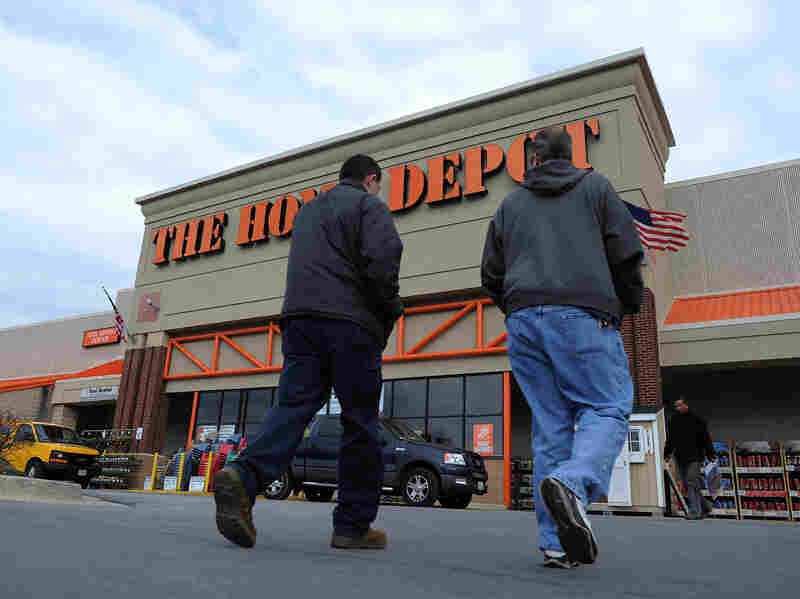 Home Depot is hiring 80,000 employees for its spring season. As the housing market picks up, other industry sectors — like gardening, construction and furniture — move upward, too. Jewel Samad/AFP/Getty Images hide caption 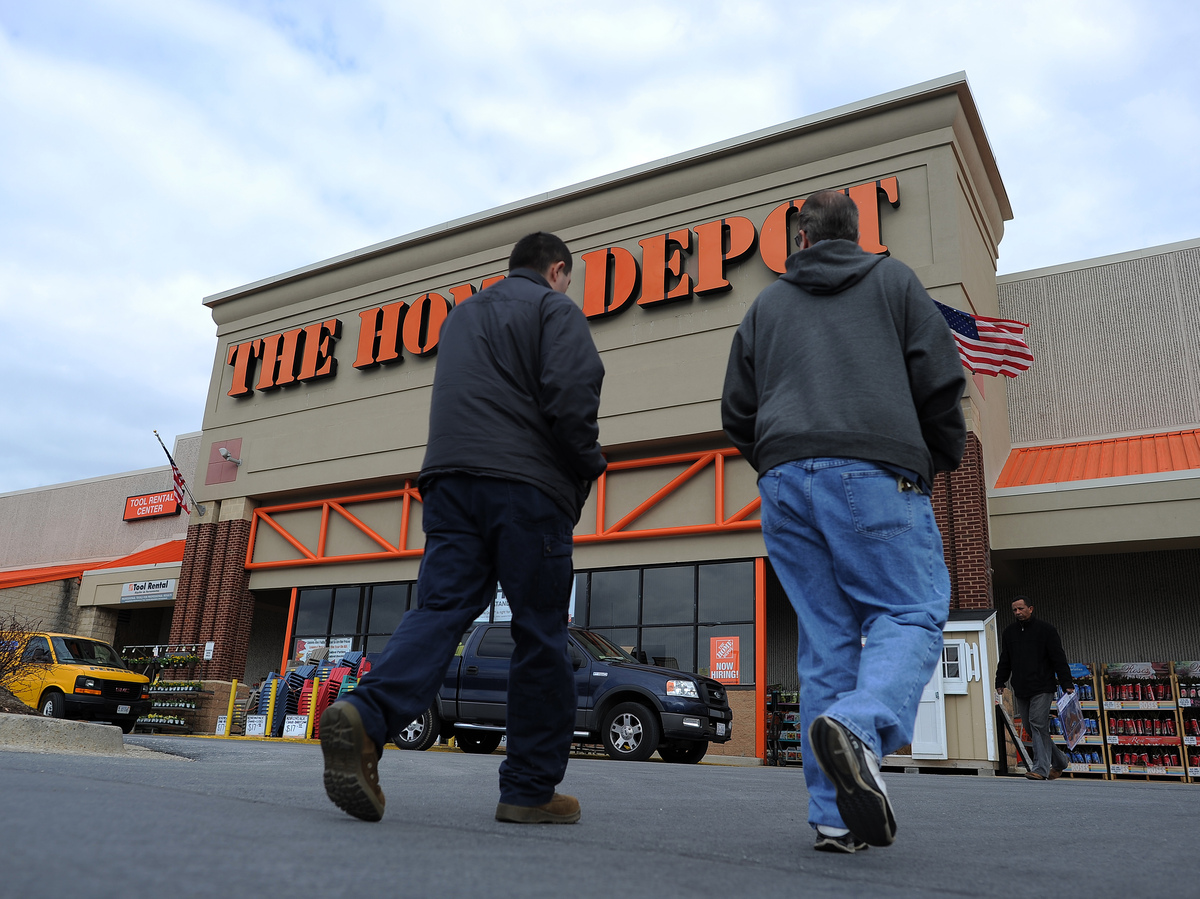 Home Depot is hiring 80,000 employees for its spring season. As the housing market picks up, other industry sectors — like gardening, construction and furniture — move upward, too.

When fortunes rise in the housing industry — as they currently are — it tends to lift sales for other businesses, too. Home construction, sales and prices are all improving. And according to many analysts, the market is gaining steam.

For nearly two decades, Scott Gillis has owned his own moving company, Great Scott Moving in Hyattsville, Md. Moving high season is just around the corner, which means Gillis is hiring.

"I'm doing it right now, I'm calling up all my old employees. Basically, I'm doing as much as possible 'cause I'm anticipating we're having a good summer," Gillis says.

That's in contrast to several years ago, when Great Scott moved more people into rental apartments than houses — as its sales and staff plunged by a third. Gillis says things have improved. But they're still very hard to predict.

'The Mood Is Much Better'

"I think the mood is much better than it was five years ago. I think we are heading in a better way," he says. "But nobody knows the forecast."

The federal spending cuts known as the sequester don't help. And there are pockets of housing weakness. Still, overriding all that, he says, is a sense that things are fundamentally better and improving.

"When you start seeing larger offices going to smaller offices, it's an indicator that everybody's cutting back. Now I see offices getting larger. And that's usually a good indicator," Gillis says.

Part of what's driving the urge to move is that people are spending again.

"This housing market recovery is a tremendous boost to the economy," says Lawrence Yun, a chief economist for the National Association of Realtors.

More On The Housing Industry

Increase In Sales And Low Inventory Indicate Housing Recovery Is In Full Swing March 21, 2013
Is The Housing Market Finally Back On Track? March 20, 2013

Yun says residential construction, remodeling, moving, gardening and furniture buying add up to about 20 percent of the country's gross domestic product — which is why the upward momentum in housing is such a powerful boost to the economy.

But it's not just that. Yun says by year end, U.S. homes will collectively be worth $3 trillion more than they were at the bottom of the market. "And that will provide a significant boost in consumer spending" — $100 billion in extra spending this year, to be exact, he says.

Eric Belsky, Joint Center for Housing Studies director at Harvard University, says there's an aphorism about collective psychology in real estate: When the housing market turns, it sounds a whistle that only dogs and homebuyers hear.

"You kind of get the sense that that whistle's been blown," he says.

Belsky says a low inventory of homes and greater demand are driving prices up.

"That's creating a certain amount of momentum in the market, it's making house prices turn around," he says. "What it hasn't been doing is getting as many people to put their homes on the market."

Comparisons to prior years aren't always helpful, he says, because sales had been boosted by first-time homebuyer tax credits. This year is different.

"This is happening because the market itself is kind of finding its own sea legs and moving up," Belsky says. "And once that happens, that market turns, it tends to have momentum."

When asked if he's subject to the psychology of housing, he says: "I think we all are. It's nice to feel that house prices are beginning to move up. Have I been spending more? I don't know."

'Customers Are Coming In'

Home improvement retailer Home Depot is hiring 80,000 people for its spring season. And Lowe's plans to hire 9,000 extra workers this year — on top of 45,000 seasonal hires.

"We are investing more labor, literally, in the aisle today, because we know that customers are coming in not just for a single maintenance item or a replacement item. They're coming in to engage in projects, and that takes some face-to-face time," says Greg Bridgeford, Lowe's chief customer officer.

"We're seeing them engage emotionally in their homes again as they have more confidence financially," Bridgeford says.

It's also starting to contribute to their happiness, he says.