Accessibility links
Interview: Kate Atkinson, Author Of 'Life After Life' During a beach outing with her family when she's 5, a little girl is swept away by a wave and drowns. In another version of that trip, though, an amateur painter swims out and saves her. Ursula's many lives grow in and out of each other in Kate Atkinson's new novel. 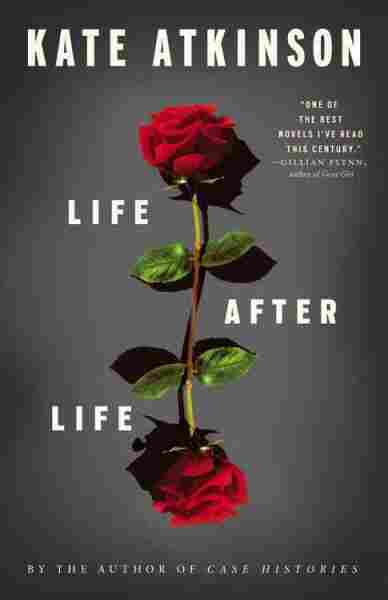 One night in 1910, a little girl is born during a snowstorm in the English countryside. The umbilical cord is wrapped around the baby's neck; she turns blue and gasps for life. The doctor can't make it through the snow, and the little girl dies.

That same little girl is born on another version of that night in 1910, but this time the doctor makes it through the storm, delivers the baby and stays for breakfast.

The little girl becomes Ursula, known to her father as "Little Bear." She is joyful and happy. But on a beach outing with her family when she's 5 years old, she's slurped up by a wave while holding her sister's hand. Ursula dies again. Then, on another version of that afternoon, the same wave crashes against her and this time an amateur painter set up nearby clambers into the water and plucks her and her sister both up. Ursula's parents treat him to tea.

End of story? Not really. The many lives and deaths of Ursula Todd are related, interlocked and grow in and out of each other in Kate Atkinson's new novel, Life After Life. She joins NPR's Scott Simon to discuss how Ursula grows through her many lives, her own fascination with the London Blitz and the process of writing Life After Life.

"This to me was much easier to write than the previous four novels because they were, for all intents and purposes, crime novels. And they are tapestries — that's a very good analogy for them. Because it's two steps forward, one step back. You're always going back and putting something in because it's all about clues and plotting. Whereas this, because I knew where I was going to start and I knew where I wanted to end and I knew that it was all about her being born, all was always going to come back to Feb. 11, 1910, in a snowstorm. So it's a much more rhythmic way of writing. I just started at the beginning and wrote to the end, and I actually found it much easier." 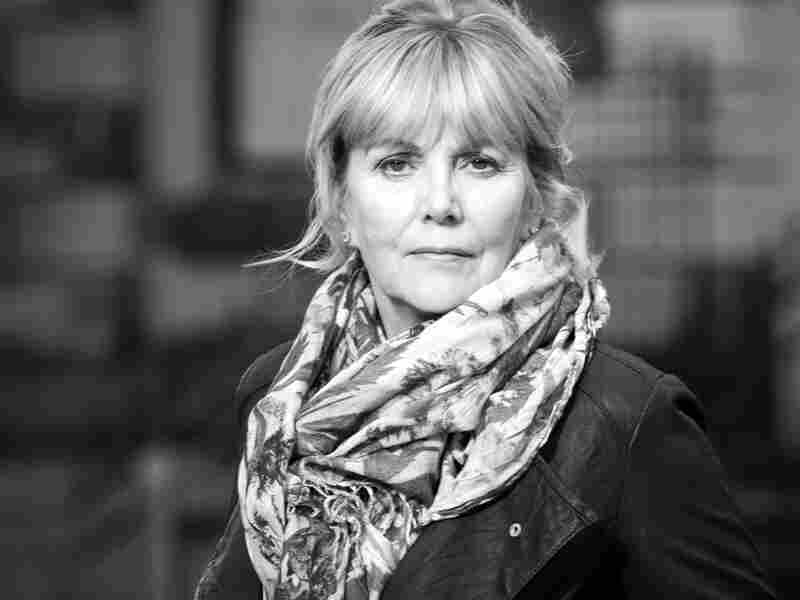 Kate Atkinson's first novel, Behind the Scenes at the Museum, was named the Whitbread Book of the Year in 1995. Euan Myles hide caption 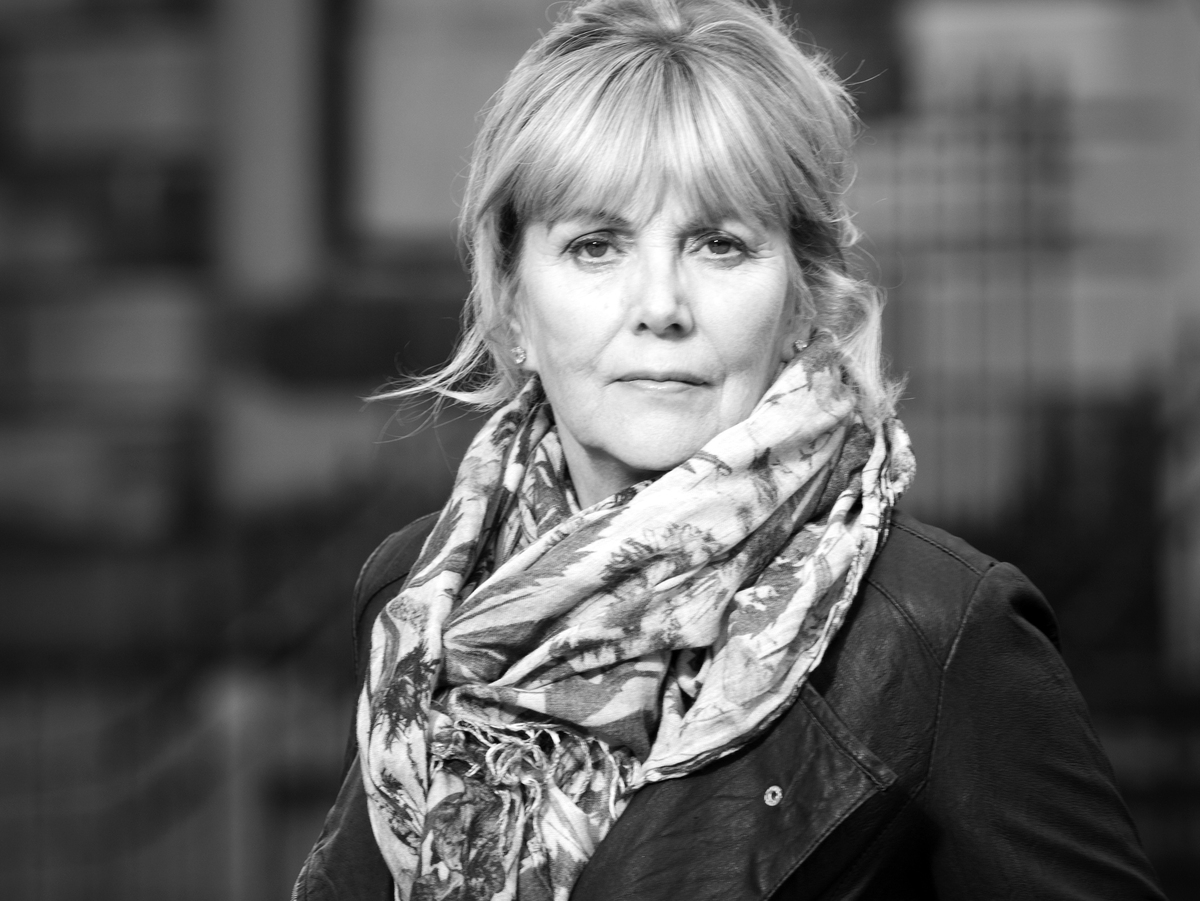 Kate Atkinson's first novel, Behind the Scenes at the Museum, was named the Whitbread Book of the Year in 1995.

On how Ursula grows as a result of her many lives

"She learns and she doesn't always correct — she certainly doesn't always correct in the right way — but she changes and she changes things. Not that she improves herself. I think that she gets stronger and she gets more courageous. And I think that's just — life after life, literally, she learns so much about herself but she is always the same person."

"I hadn't really intended her to be in Berlin during the bombing, but it seemed only right in a way because obviously the London blitz was a terrible thing, but you know, what happened in Germany was infinitely worse in that ... Germany was almost destroyed as a country and so many more people died. And something that struck me as well, reading a lot of the mass observation diaries of ordinary people, was that Germany was not felt to be the enemy — it was Hitler who was felt to be the enemy and the Nazis; that people had holidayed in Germany, they had German pen friends, they admired German culture and they were very worried about the fact that Germany was the enemy. And I wanted to show that really, in a way, it could have been us, we could have been the fascists."

On her fascination with the London blitz

"I was born in '51, so in a way I just missed it. And I think they do say it's the period of history you just miss that becomes the one that interests you most, isn't it? But I think with the blitz, I think it's such an intense period — I forget how many days, it's 57-58 days — of continuous bombing. ... And you do wonder what effect that has on character and on how people feel. So I read a lot of firsthand accounts and was impressed really by the stoicism. I think of all the words I would use for how people behaved it would be stoic. You know, you have to peal away layers of propaganda because there was an immense amount of propaganda in Britain in the second world war which was deemed necessary to keep morale up. So you have to sort of see through that to how people were really feeling and behaving. But I, you know, if I could choose a period to go back to I think I would like to live through the blitz because you do read so many accounts of people who say they were living their lives at such an intense pitch that it was a completely different way of living. And to be so near death, as well, must have — you know, to be in touch with a constant fear of death or experience of death in others, I think that must have really changed people."

"For me, it actually simply compounded it so that it was layer upon layer of awfulness, really. We should, you know, we should point out that this isn't a novel entirely mired in gloom and doom. There are some lighter moments in it.

" ... She dies many, many times of the Spanish flu and you can tell the tone of the novel is very much 'Oh god, here we go again. Yes, death, darkness.' And then after that, I think we settle down into much longer narratives. She dies a lot in the first third of the book, but I would say in the second two-thirds of the book she actually does very little, until we get to the blitz. She has a whole cascade of horrible deaths in the blitz. But after we've set the pattern I think there's less of that. So it changes, it alters. Sometimes it's very sad; sometimes it's poignant; sometimes it's rather offhand, I think."

"I usually try different novels. I usually start writing a novel that I then abandon. When I say abandon, I don't think any writer ever abandons anything that they regard as even a half-good sentence. So you recycle. I mean, I can hang on to a sentence for several years and then put it into a book that's completely different from the one it started in. So I think you sort of nose your way into it."

On what happens to us after we die

"I think about death a lot, I really do, because I can't believe I won't exist. It's the ego isn't it? I feel that I should retreat into a better form of Zen Buddhism than this kind of ego-dominated thing. But I don't know, I mean, I want to come back as a tree but I suspect that it's just not going to happen, is it? I did feel when my mother died if anyone was going to haunt me it would be her. And she hasn't, so I think it is possibly the end. Oh, we don't know, do we? We have absolutely no idea. It's an awfully big adventure, as J.M. Barrie would say."