Accessibility links
Defending Women's Champs Baylor To Battle Cardinals' Tough Defense The two NCAA women's college basketball teams face off Sunday for a spot in the Elite Eight. Baylor has been one of the most successful women's programs in the nation, but Louisville has its own strengths. "We understand we're going up against a great team," says Baylor point guard Odyssey Sims. 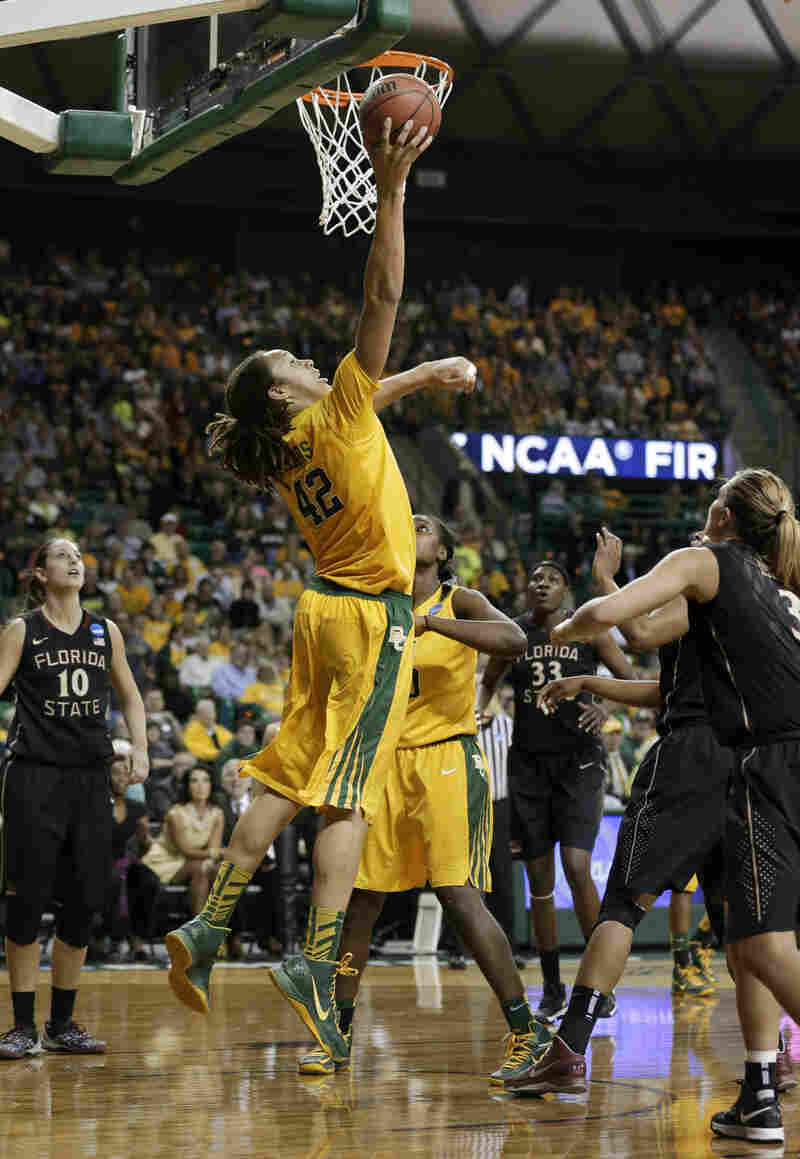 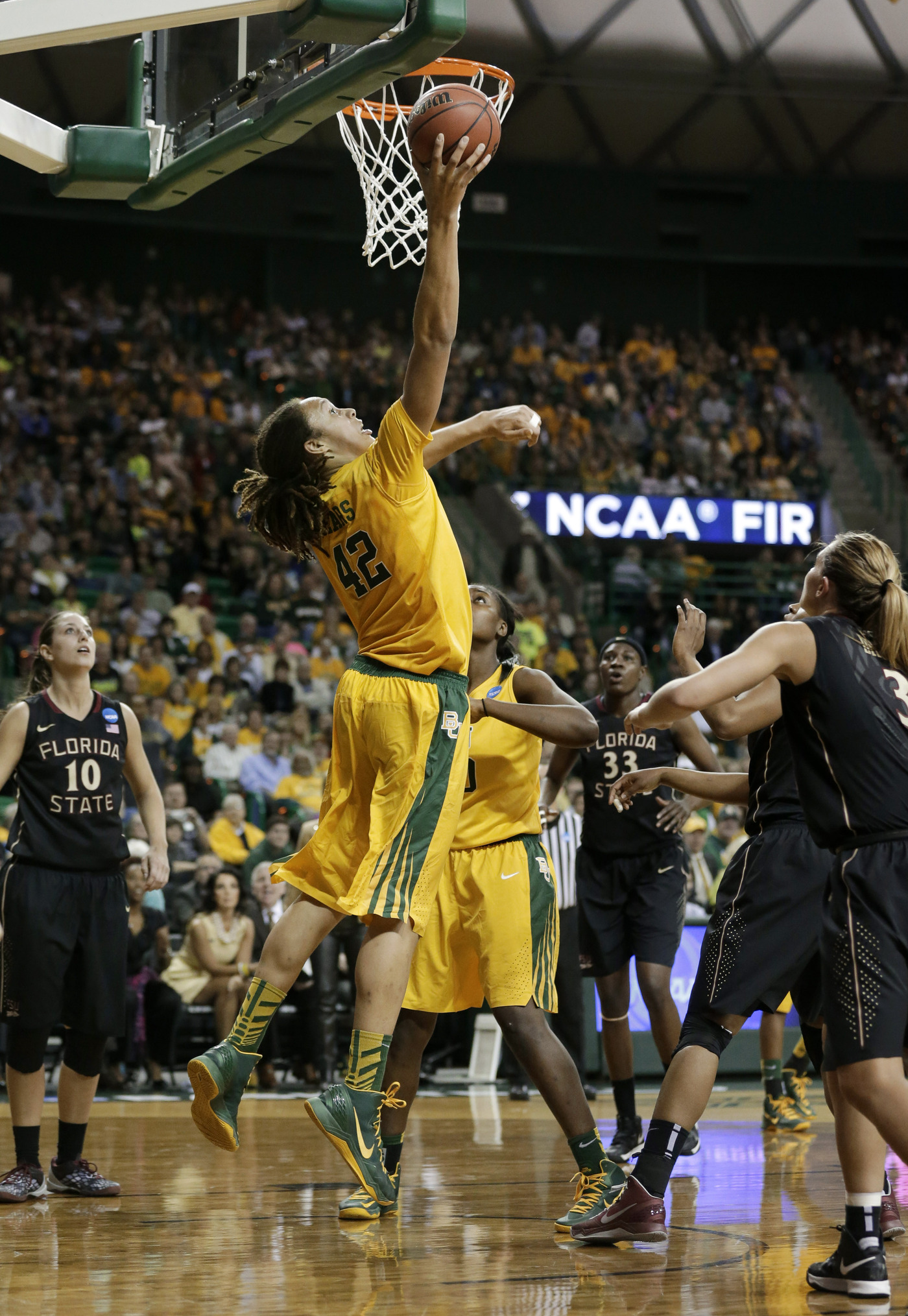 Baylor's Brittney Griner goes up to dunk in a second-round game of the NCAA women's college basketball tournament against Florida State on Tuesday in Waco, Texas. On Sunday, Baylor faces Louisville.

Where The Women Stand

No 1. Connecticut beat No. 4 Maryland

No. 2 Kentucky beat No. 6 Delaware

The NCAA women's basketball tournament's Sweet 16 round continues Sunday, with No. 1 overall seed Baylor taking on No. 5 University of Louisville. Baylor is the defending national champion, and is widely considered the team to beat in this tournament.

Baylor has been one of the most successful women's programs in the nation since head coach Kim Mulkey's first national championship in 2005. The Lady Bears have lost only one game in the past two seasons, and Brooklyn Pope, the lone graduate student on the roster, says they're mentally tougher in 2013.

"Everyone knows the goal ahead, and everyone's on the same page to let our egos go to the side," Pope says. "The personality of this team is mainly pride and focus."

The other reason for Baylor's success is Brittney Griner. Only half a dozen women ever dunked in a college game before Griner started her decorated career in 2009, and the Houston native's 18 career dunks and counting are more than all six of those players combined.

Figuring out how to contain an imposing 6-foot-8-inch senior who dunks is Louisville head coach Jeff Walz's challenge.

"We're going to try and keep her away from the basket if possible, because that's what she does so well. If she misses, she normally gets her own miss back," Walz says.

The Cardinals opened their 90-minute practice on the floor of the Chesapeake Energy Arena in Oklahoma City on Saturday with shooting drills. Walz and Louisville freshman forward Sara Hammond say perimeter shooting is one way to keep the game close. 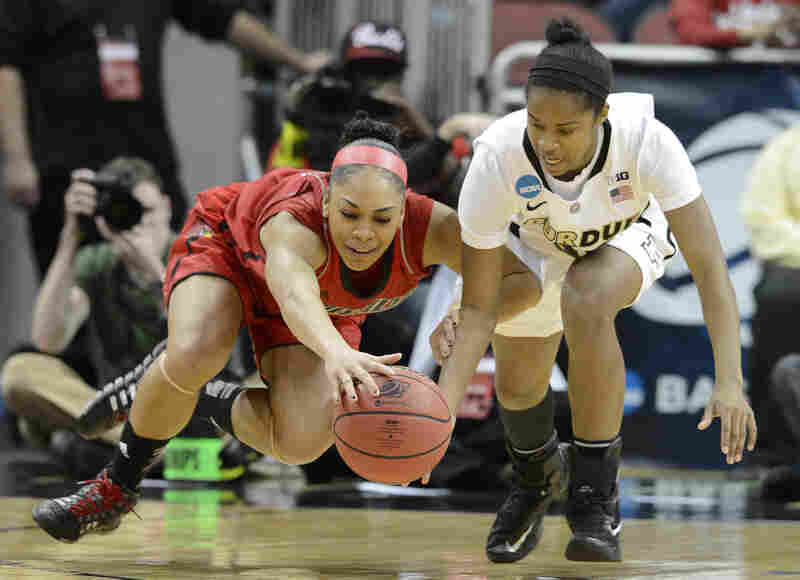 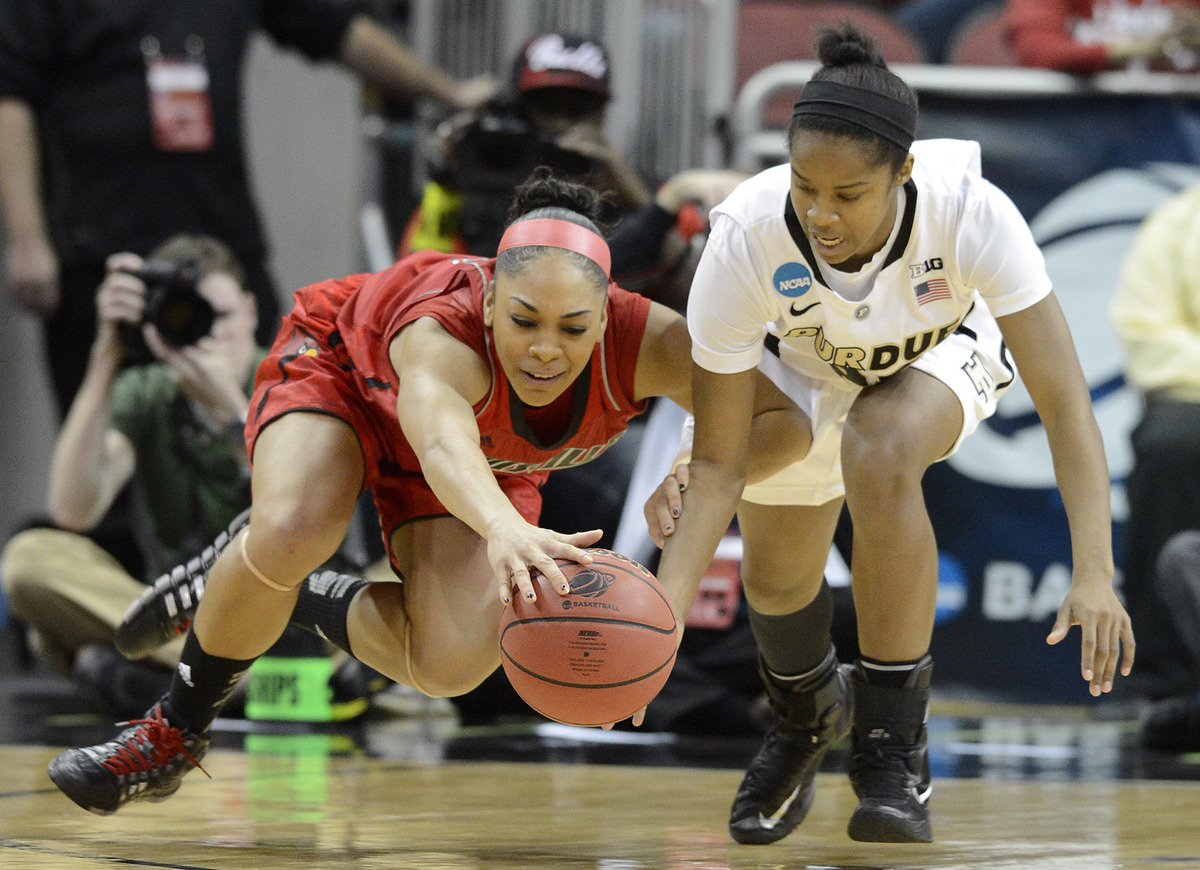 "We have Antonita Slaughter, who has shot the ball like crazy," Hammond says. "She's a person we feel really confident in shooting the ball, and also her length and her defense and rebounding ability."

Walz has succeeded this season by disguising his defensive schemes. They might be in a zone one minute, then with 10 seconds left on the shot clock, they'll switch to man-to-man coverage.

"That's why they're very good," says Baylor head coach Mulkey. "If you look at stats, they create a lot of steals, and I attribute that to what Jeff has them doing defensively."

During Baylor's practice Saturday afternoon, Mulkey emphasized that point during drills up and down the hardwood.

"This is a new team," Sims says. "We don't know too much about them, so we have to continue to watch a lot of film. Coach does a great job of that. We understand we're going up against a great team."

Griner is set to graduate in May, and likely heads to a professional career in the WNBA. She says her final NCAA tournament run feels a little different.

"You appreciate everything, take in everything," Griner says. "A little bit more emotional, I guess you could say, after every game, knowing it's your last time at that spot, your last time on the home court. This time it's my last one."

The winner of the Louisville-Baylor matchup takes on the victor of Sunday's other contest in the Oklahoma City regional, Tennessee against Oklahoma.