Accessibility links
Somewhere Over The Brainbow: The Journey To Map the Human Brain The government-funded plan could cost $3 billion, take 10 years and involve hundreds of scientists. The hope is the project can unlock the secrets of conditions such as Alzheimer's, schizophrenia and Parkinson's disease. But progress will likely be slow, and in the end, will it be worth the cost? 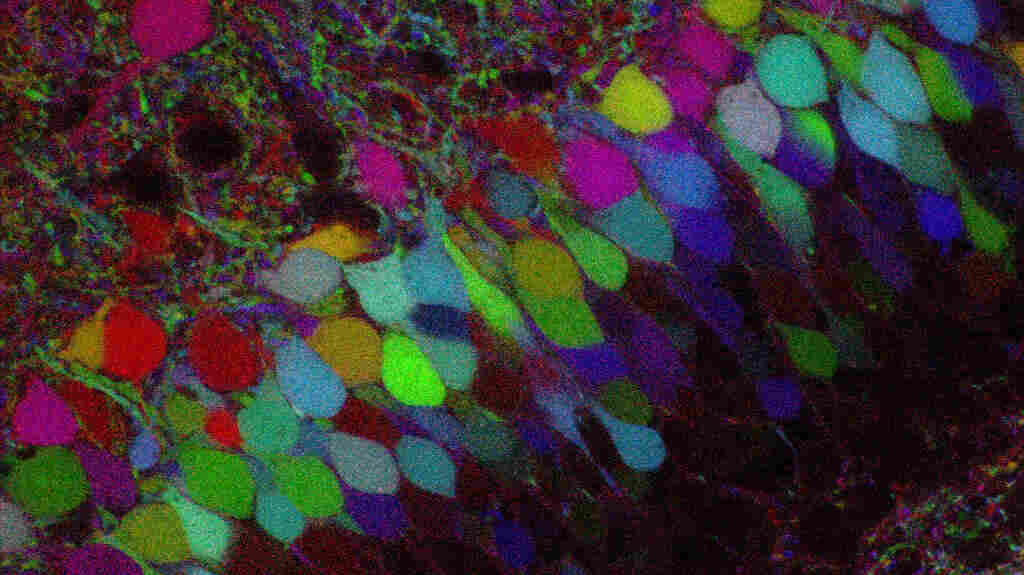 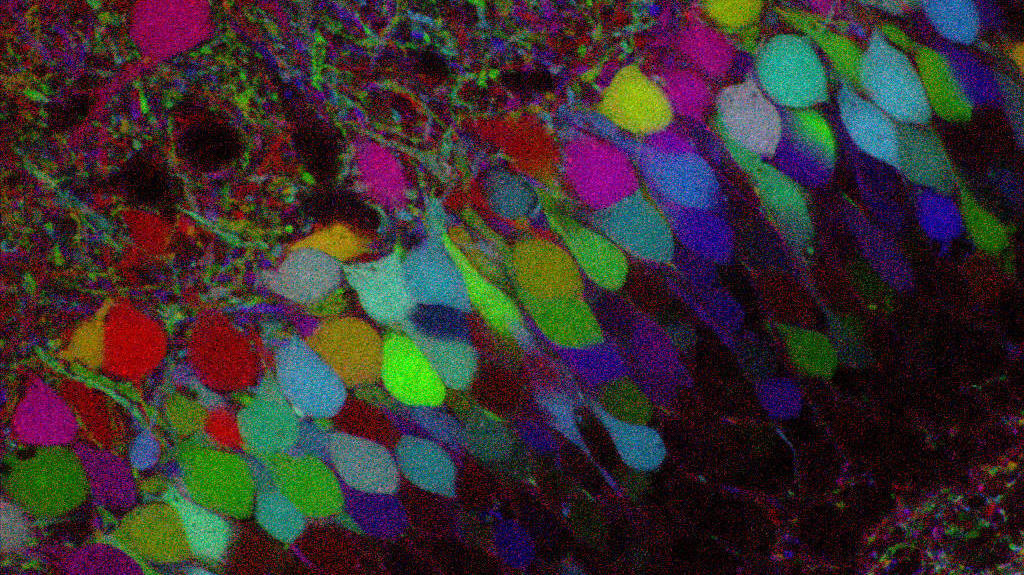 During the State of the Union, President Obama said the nation is about to embark on an ambitious project: to examine the human brain and create a road map to the trillions of connections that make it work.

"Every dollar we invested to map the human genome returned $140 to our economy — every dollar," the president said. "Today, our scientists are mapping the human brain to unlock the answers to Alzheimer's."

Details of the project have slowly been leaking out: $3 billion, 10 years of research and hundreds of scientists. The National Institutes of Health is calling it the Brain Activity Map.

People have been studying the brain for centuries and they've been mapping it, but the brain is just so complex that we barely understand it now.

Obama isn't the first to tout the benefits of a huge government science project. But can these projects really deliver? And what is mapping the human brain really going to get us?

Much like the Human Genome Project a decade ago, scientists are hoping brain mapping will lead to new scientific advances and breakthroughs, and that perhaps it will even unlock the secrets of conditions such as Alzheimer's, schizophrenia and Parkinson's disease.

"With the brain, we're kind of at the same stage as we were in the early 1980s with the genome," says science writer Carl Zimmer.

Zimmer tells Laura Sullivan, host of weekends on All Things Considered, that there's no way to know what mapping the brain can do, but if mapping happens it's going to be both pricey and complicated.

"People have been studying the brain for centuries, and they've been mapping it, but the brain is just so complex that we barely understand it now," he says. "We have maybe 85 billion neurons in our heads, but we can only listen to maybe 1,000 at a time. [So] we're only getting a tiny picture of what the brain is doing."

There are several ways to map the brain, Zimmer says, one well-known example being an MRI. The resolution, however, is not nearly high enough for scientists to see all of the intricate wiring of the brain, where hundreds of thousands or even millions of neurons can fit in an area the size of a poppy seed.

"There are people who are trying to go down to that level," he says.

Some of this is already happening, albeit slowly, in labs around the world, Zimmer says. The problem is the efforts aren't coordinated.

The next steps for the brain mapping project, Zimmer says, is simply to get a detailed plan going, and then get neuroscientists onboard. He says that debate should begin unfolding in the next few months. 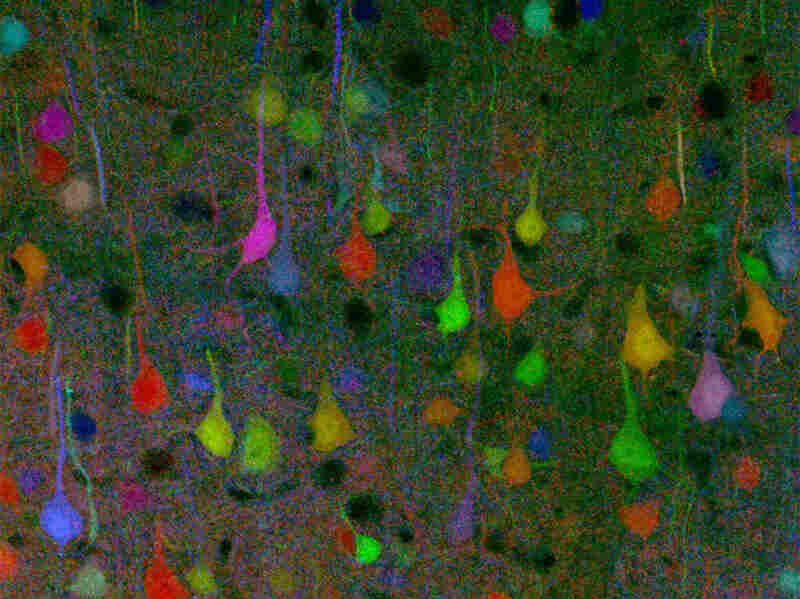 With a combination of genetic tricks and fancy proteins, researchers have colorfully labelled hundreds of individual neurons with distinctive hues to create a "Brainbow." AFP/Getty Images hide caption 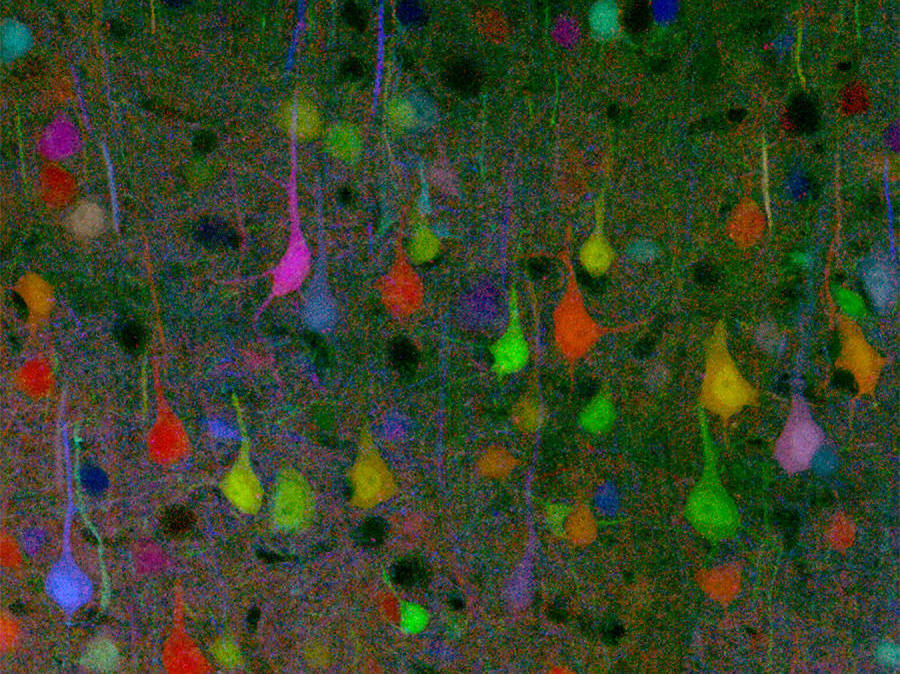 With a combination of genetic tricks and fancy proteins, researchers have colorfully labelled hundreds of individual neurons with distinctive hues to create a "Brainbow."

Zimmer warns, however, that at first the project is likely to be underwhelming to the public, and Alzheimer's and other neurodegenerative diseases won't suddenly be cured. In all likelihood, scientists will study the brains of fruit flies and other creatures before moving on to the human brain.

"You have to walk before you can run," he says. "In order to develop the tools to map a human brain, you've got to start with much smaller brains made of the same basic kind of neurons. So look for big headlines about fruit flies the next couple of years."

Completed a decade ago, the $3 billion human genome project, which mapped our DNA, was another massive science project undertaken by the government. In 2000, then-President Clinton said it would "revolutionize the diagnosis, prevention and treatment of most if not all human diseases."

That's a bit of a stretch even 10 years later, but for one man in particular it turned out not to be a stretch at all. When Clinton was giving that speech in 2000, oncologist Lukas Wartman had just entered medical school. During that time, he began having severe bone pain and high fevers.

"Finally, [I] dragged myself into the doctor," Wartman tells NPR's Sullivan. "So the next day, I had a bone marrow biopsy which showed the unthinkable, that I actually had leukemia."

Right away, Wartman began chemotherapy treatment. He responded well and went into remission. He finished medical school, but then the cancer came back.

"By this time, I was an oncologist myself, and kind of knew what was going on," he says.

Wartman took on intensive rounds of chemo and a stem cell replacement surgery. He was grateful when it worked and was ready to build a life. He focused on his research in the cancer lab and was thinking about the future.

Then one night, the fevers came back, as well as the exhaustion and he knew. He just couldn't face it.

"So this time, I did ignore it for a little while, and went to Spain, and went to my friend's wedding," he says. "The last thing I wanted to think about was the possibility of this coming back again, because I knew now that the odds of me surviving yet another relapse of this leukemia were just really poor."

Wartman joined a clinical trail, but it failed. There was nothing left, and it appeared to be a death sentence.

Then Wartman and his fellow researchers at the lab started thinking. The human genome project had figured out how to map healthy genes, so they decided they could use the same technology to map Wartman's healthy genes and compare them to Wartman's cancer genes.

When they compared them, they found a protein that the cancer relied on to survive. Wartman then scoured the database of every known drug on the market and found a drug made for something else entirely, that just so happens to kill the very protein his cancer needed to live.

"The only word, and I don't necessarily mean this in a religious context, but this was almost like a miraculous response to this drug," he says.

Wartman and his colleagues had killed his cancer, and today he's completely healthy. Now, everyone else in the country with the form of leukemia that he had, and who is not responding to chemo, use the same drug.

"I probably wouldn't be alive today if it weren't for the human genome project," Wartman says. "Because I definitely benefited from the finances and the effort that the government put into a focused research question and it had very tangible benefits in my case."

Why Not Map The Brain?

Like the Human Genome Project, getting the science community onboard with a brain mapping project could be tough. Michael Eisen, a biologist at the University of California-Berkeley, has already started campaigning against it.

"The idea that science should be organized and funded in massive, centrally run projects that are organized by committees and bureaucrats in Washington rather than by individual scientists ... it just doesn't work," Eisen says.

Eisen says he agrees that government funding was necessary in collaborative science projects such as the moon landing or Human Genome Project. But, he says, this isn't one of those problems.

"If you listen to neuroscientists talk about this today, they don't even know what it means to understand the brain," he says. "This is not a moon shot."

Eisen says that in this instance, where creativity and innovation are needed, one of the worst things that the scientific community can do is put 500 biologists in a room to pursue a singular, consensus plan to get there.

Zimmer says there's another problem: How do you know when you're done mapping a brain?

"The problem is that while the genome was finite, the brain is really infinite," he says, "because not only does it have 86 billion neurons ... [and] 100 tillion connections, but those connections are changing all the time.

"It's very dynamic, and that's really what matters to us. ... So when do you know when you've finished mapping the brain?" he says. "You might never finish it."

But for Lukas Wartman, whose life was saved by gene mapping, it's far simpler. He says we have to take the leap, spend the money, cross our fingers and hope.

"I do understand that there's some resistance to it," Wartman says, "but at the same time, while it's not a sure bet, it's a bet that if it does pay off could really reap tremendous benefits for humanity.

"So I think as a society it would be great if we were willing to commit to supporting projects like that."

The details of the brain mapping project are expected to be released in the coming weeks in the president's budget proposal.