Accessibility links
'A Lovely Feeling': Celebrating Older Women With Fabulous Style The fashion industry is sometimes criticized for unrealistic portrayals of young women. But if you're a woman older than 60, there are almost no portrayals, realistic or otherwise. Now a fashion blog called Advanced Style has made stars of some of these older fashionistas, including a 93-year-old who says the spotlight makes her feel like she's "part of the world."

The fashion industry is sometimes criticized for unrealistic portrayals of young women. But if you're a woman older than 60, there are almost no portrayals, realistic or otherwise. Fashion may be something you have to invent more than follow. A blog called Advanced Style focuses on women who've done just that.

The blogger bringing their images to the world is 31-year-old Ari Seth Cohen. His idea of heaven is to wait in the freezing cold on a street corner in the middle of Manhattan hoping a fabulous-looking older woman passes by. When he spots one, he rushes up to her, explains his project, asks for a photo and just generally tries to convince her he's not a weirdo. He's rarely turned down.

Cohen says the most influential people in his life were his grandmothers. He loved watching old movies with them and looking through their scrapbooks. And as a little kid, he became fascinated with the way women dressed in the 1930s, '40s and '50s.

"I used to draw pictures of fancy older ladies as a kid," Cohen says. He collected the drawings in a book, he says, and called it something like "Fantastic Ladies with Amazing Style." 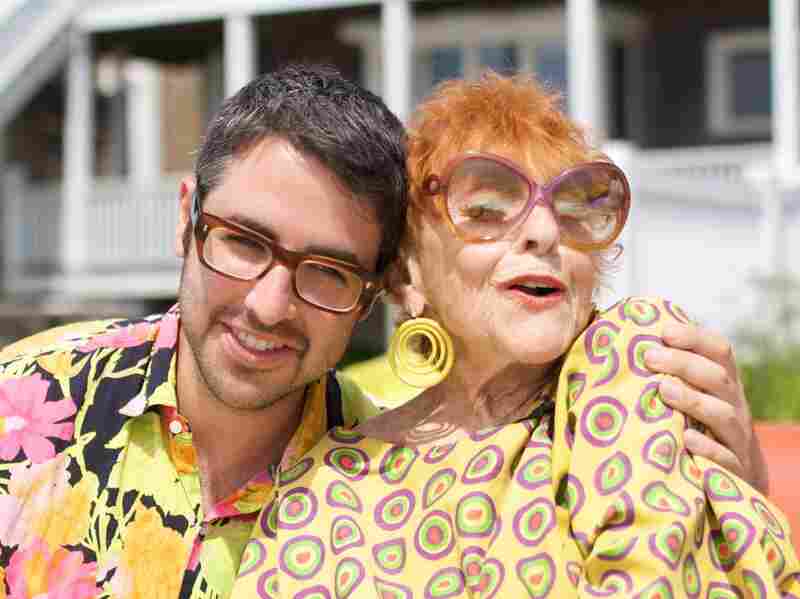 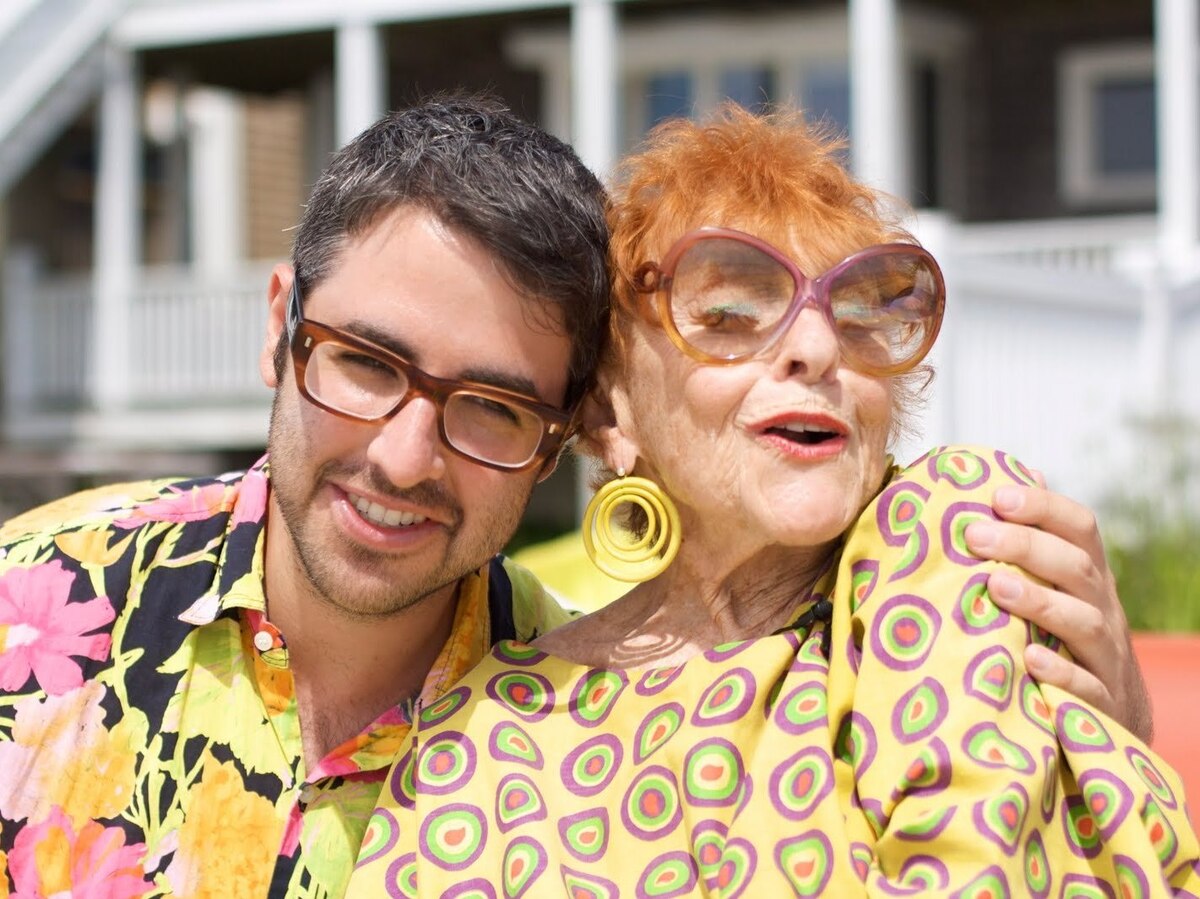 Blogger Ari Seth Cohen with Ilona Royce Smithkin, 93, one of his most famous subjects.

"Now," he says, "the women who I'm photographing, they're the women from my book from when I was a kid, coming alive."

Cohen even moved to New York from his native San Diego because one of his grandmothers told him "that's where you have to go if you want to be creative." He didn't have anything in particular in mind when he moved there, though.

"I didn't set out to be a photographer or a writer," he says. "I just wanted to do something that I felt inspired by and start sharing it with people."

And it has caught on. In addition to his blog, Cohen now has a book called Advanced Style. A coloring book is on the way, and he's raising money to complete a documentary. Cohen has worked on campaigns for Lanvin, Coach and a sunglasses company, all featuring the women he has photographed. Some have become good friends, both with him and with each other.

Two of them are Debra Rapoport and Joyce Carpati. They are living proof that there are many different ways to look fabulous. Carpati is 80. She goes for simplicity and elegance. "Less is more," she says. "I would start with a dark background and add to it with accessories or jewelry."

Rapoport, 67, is the opposite of that. She dresses in layers of contrasting patterns topped off by one of her signature hats. They appear to be made from coiled fabric. They're actually Viva brand paper towels, rolled, wrapped and painted. What she doesn't make, she buys in thrift shops.

At our age, "we've got closets full of wonderful things," says Rapoport. So the challenge "is what can I not buy?" And thrift shops provide the challenge. "I give myself a $5 limit," she says. "If I can find something, great. And if I can't, then I really don't need it."

The two have traveled with Cohen to book signings around the country and in Europe, and Carpati and Rapoport are clearly having a lot of fun with their Advanced Style adventures. But the impact on another one of the blog's stars has been more profound.

Ilona Royce Smithkin, 93, is one of Cohen's most famous subjects. She's well under 5 feet tall and topped off by hair that's a shade of orange not found in nature. Then there are her eyelashes — about 2 inches long. "I cut off my own hair and made my own eyelashes," she explains. That means they are orange, like her hair. She is determined to be noticed.

"Sometimes older people are really put into a very hidden spot," Smithkin says. "They exist and people know they exist, but they have to fight for themselves instead of being still part of the world, which we are."

Smithkin has lived in the same one-room flat for about 60 years. It's crammed with zillions of things as colorful as her hair: clothes, of course, but also art that she has made over a decades-long career. The artwork never brought her fame. The Advanced Style blog has. Now, she gets modeling jobs. She's on billboards. People recognize her on the streets of New York.

"It's a lovely feeling," she says, "like you are part of the world and the world is part of you."