Accessibility links
When You're Mixed Race, Just One Box Is Not Enough While being forced to tick a single box for "race" has never been a problem for George Washington III, who is black, his mixed-race children see it differently. And for Dave Kung, being allowed to check two races on the U.S. Census form for the first time prompted an unexpected outpouring of emotion. 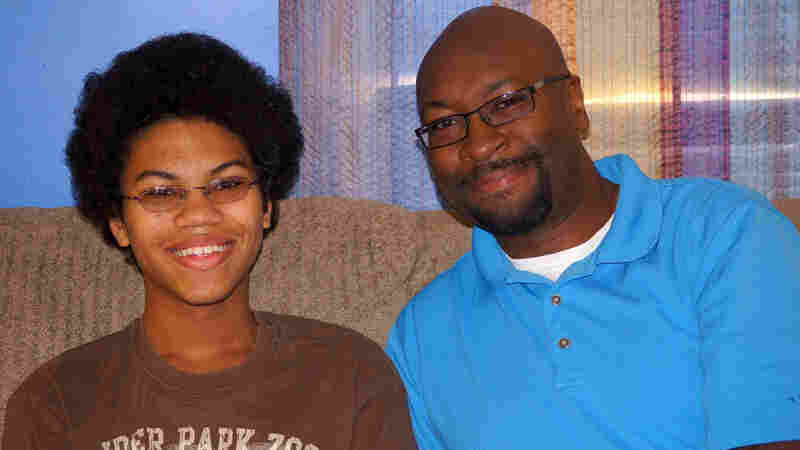 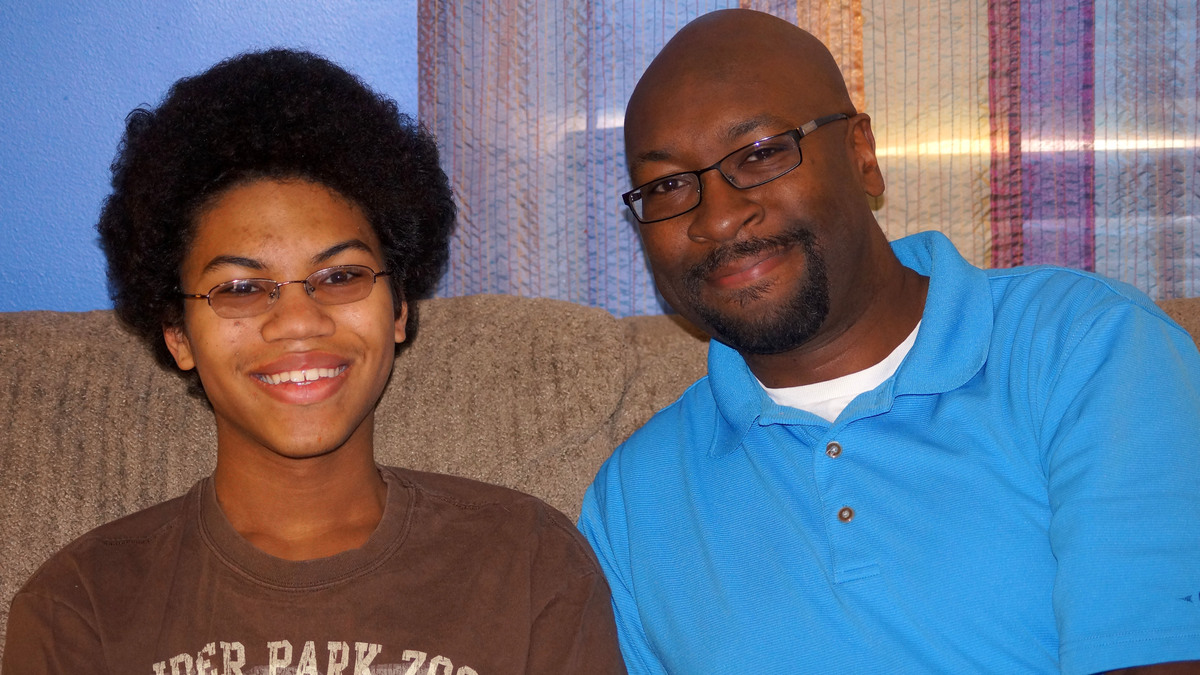 George Washington III and son Jordan. When George heard about The Race Card Project, he immediately thought of his children.

NPR continues a series of conversations about The Race Card Project, where thousands of people have submitted their thoughts on race and cultural identity in six words. Every so often NPR Host/Special Correspondent Michele Norris will dip into those six-word stories to explore issues surrounding race and cultural identity for Morning Edition. You can find hundreds of six-word submissions and submit your own at www.theracecardproject.com.

Since The Race Card Project is about identity, it's not surprising that many submissions deal with the question of how people choose to identify themselves. That can be more complicated for those who have two parents who do not share the same race — especially when asked to choose a particular box for race or ethnicity on an application or government form. 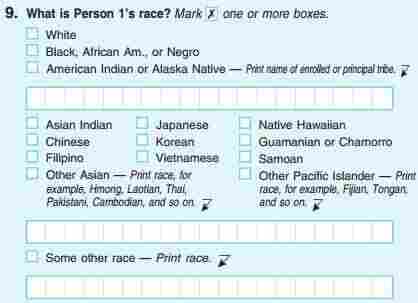 The U.S. Census has allowed respondents to select multiple races since 2000, as in this screen grab of the 2010 form. U.S. Census hide caption

George Washington III is familiar with this quandary. An African-American voice-over artist, Washington has been married twice, both times to women who are white. When he heard about The Race Card Project, his thoughts went immediately to his children. His six words: "My mixed kids have it differently."

Since Washington is black, he assumed the world would also see his olive-skinned children as black. But during a routine trip to the doctor's office in Charlotte, N.C., he realized his son Jordan, 18, had his own ideas about identity.

"It was an 'aha' and an awareness moment for me," Washington says. "[My kids] know that they don't exactly fit into the, 'They are black, they are white' ... way of thinking."

George Washington III: "My Mixed Kids Have It Differently" 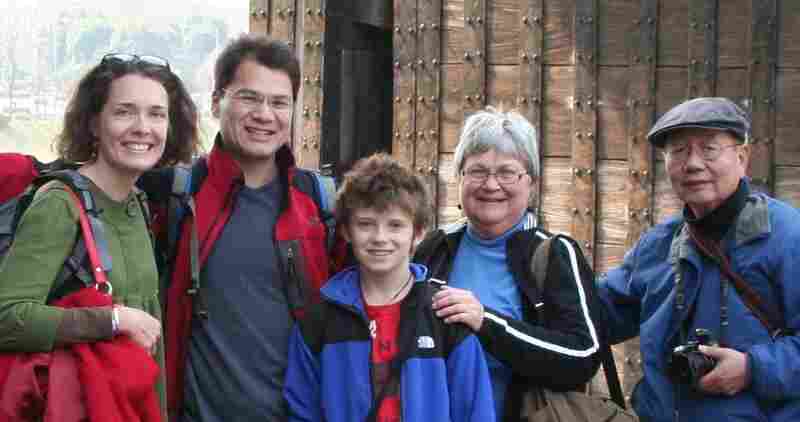 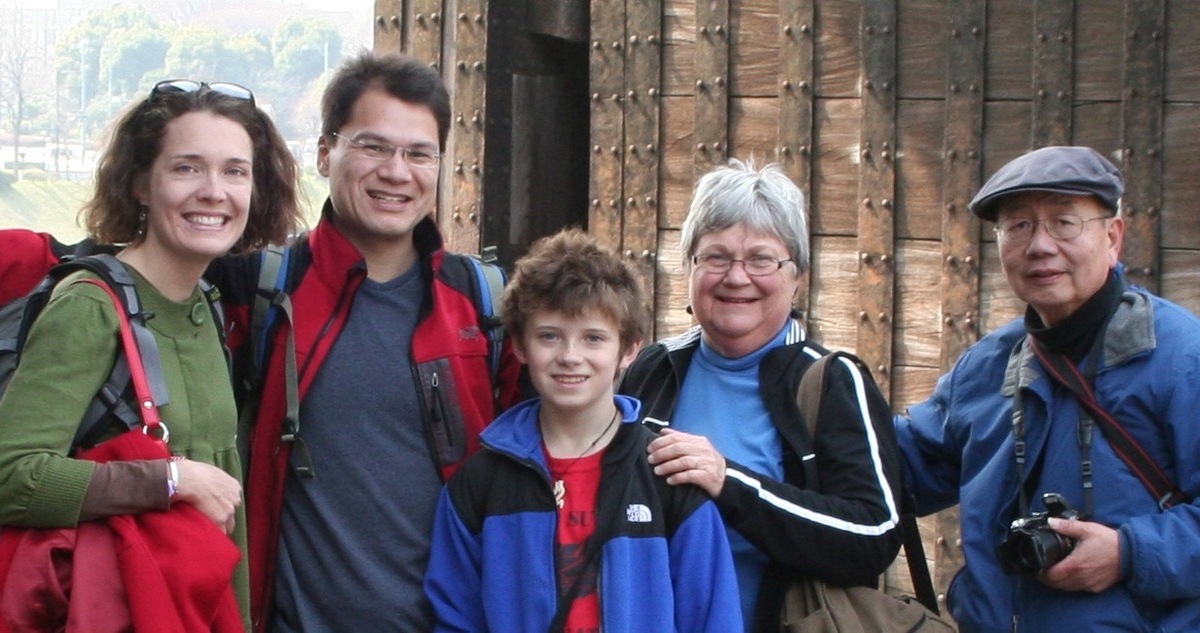 An Inner Struggle Over 'One Box'

In 2000, the U.S. Census began allowing people of mixed race to choose more than one box to describe their racial makeup.

Dave Kung of St. Mary's City, Md., was grateful for that policy change, and his submission to The Race Card Project explains why: "No one box is correct."

Dave, a math professor, struggled for years over what box to check on government forms and applications. His father is Chinese. His mother is white. Picking just one box on a form, Dave says, meant choosing one race over another — and that meant denying part of his ancestry. But checking "other" as an alternative choice was also unsatisfying, he says.

Many forms and questionnaires allow respondents to check just one box to describe their racial identity. That doesn't sit well with many people who have written to The Race Card Project.

I am biracial. But who isn't — Alicia, St. Louis

My race is double, not half — Brittany Verner, Ann Arbor, Mich.

You are required to check one — D. Casey Jones, Olympia, Wash.

"Sometimes when I was applying for colleges I was just annoyed at whoever was asking me. I was sort of picturing some bureaucrat forcing me to check a box," Dave says. "And sometimes I would just check both boxes and force them to deal with it."

Kung was in his late 20s when his 2000 Census form arrived. He already knew, before opening it, that the form would offer him a chance to check more than one "race" box.

Even so, he wasn't prepared for "how emotional that experience was," Dave says. "When I filled out my census card and was finally allowed to — correctly — check more than one box, I cried."

Dave Kung: "No One Box Is Correct."