Accessibility links
Tina Brown's Must Reads: Women Vs. The World The editor in chief of Newsweek and the Daily Beast joins NPR's Steve Inskeep to talk about women taking on big cultural challenges, and the stories of how they got there. 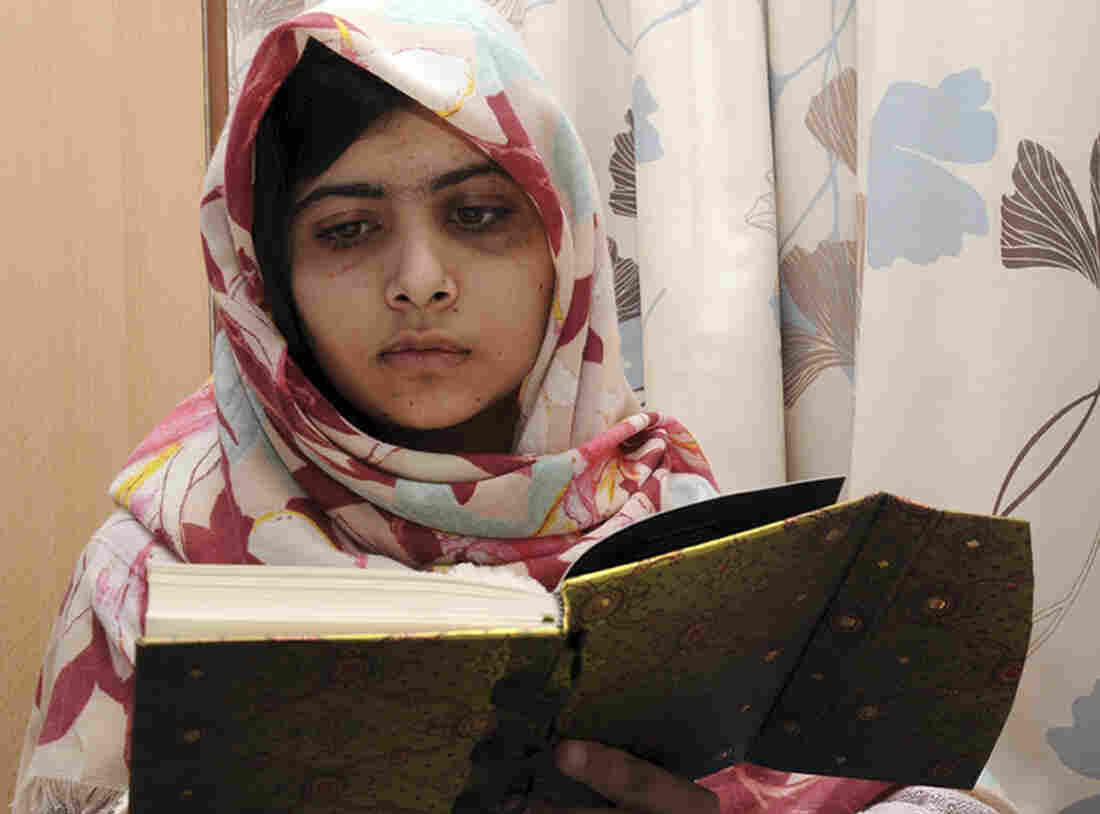 Malala Yousafzai, targeted by the Taliban for her advocacy in favor of education for girls and young women in her native Pakistan, will be honored at the opening night of Tina Brown's Women in the World Summit. AP hide caption 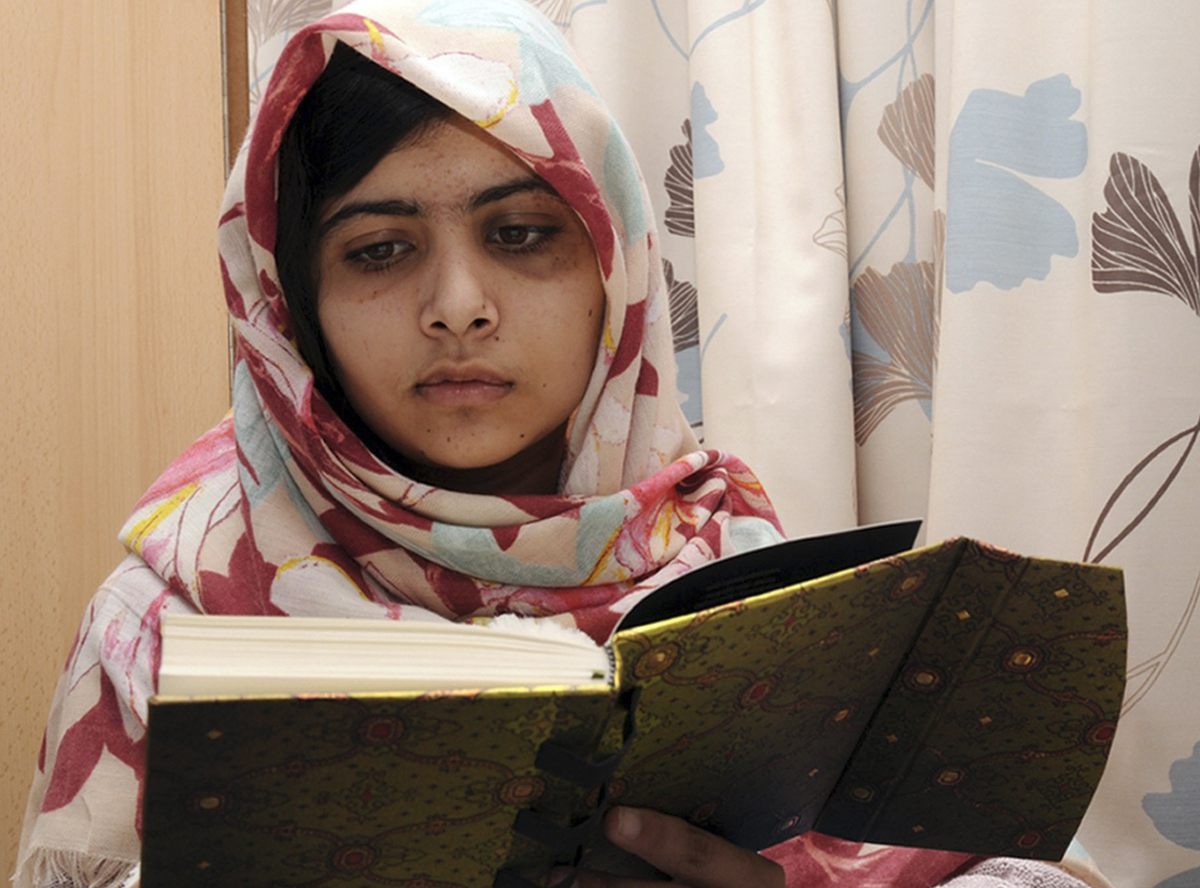 Malala Yousafzai, targeted by the Taliban for her advocacy in favor of education for girls and young women in her native Pakistan, will be honored at the opening night of Tina Brown's Women in the World Summit.

Tina Brown, editor of the Daily Beast and Newsweek, joins NPR's Steve Inskeep again for an occasional feature Morning Edition likes to call Word of Mouth. She talks about what she's been reading and offers recommendations.

This month, as Brown prepares for her annual Women in the World Summit in New York City, her reading suggestions address just that: the role of women in the developing world.

Malala, Pakistani Teen Shot For Demanding An Education, Heads To School In U.K.

Malala And The Media

The first piece that Brown selected this month is from Marie Brenner in the April edition of Vanity Fair. It focuses on Pakistani student Malala Yousafzai, who was the target of a Taliban assassination attempt after she started a public campaign to demand school access for girls.

"This piece goes beyond actually what we already know about Malala," Brown says. "It really asks the question, 'Does the media have any blame to share in what happened to this incredibly brave and extraordinarily intellectually precocious young girl?' "

One Pakistani journalist blamed himself for the crime because of his reporting on her activism, Brenner writes. But Yousafzai's father, a mentor for the young woman, never thought his daughter was in danger because Islamic tradition calls for protection for children, Brown says.

"She was speaking publicly, she became a blogger under a pseudonym, but gradually that pseudonym became quite well-known within her area — [locals knew] that this in fact was her," Brown says. "All of these things obviously heightened her profile and enraged the Taliban, and in the end, of course, she suffered grievously for it."

Yousafzai is currently recovering from her injuries, and is set to be honored on the opening night of Brown's Women in the World Summit. But what ultimately happened as a result of her attack is astonishing, Brown says.

"At the end of the piece, frankly, you really feel that Malala herself was such an extraordinarily young leader," Brown says. "Her father was so passionate. They did want very much to bring this focus. They were speaking in groups and communities, they really were campaigners, and that is what is so extraordinary about Malala. 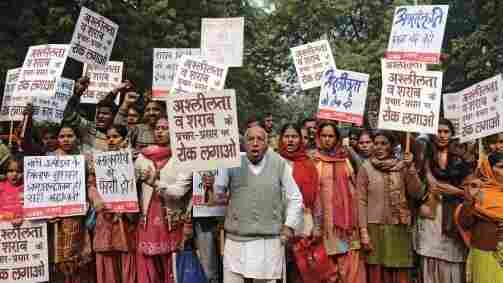 The rape and eventual death of a young woman in New Delhi has spurred a large protest movement calling for greater attention to violence against women. (Pictured: A protest held one month after the woman's rape.) AFP / Getty hide caption

"She really took a knowing risk, and in the end what happened to her of course raised attention to the issue that she had been trying to talk about, in ways that they could never have expected, never have wished. But the outcome has been extraordinary."

Brown's next read is from her own Newsweek — now, like the Daily Beast, an online-only publication. It provides an in-depth look at the horrendous gang rape of a young woman in New Delhi.

The piece, by New Delhi-based editor and writer Shoma Chaudhury, looks beyond the intimate details of the crime that ultimately killed the woman, now known internationally as Nirbhaya, or "The Fearless One."

"It describes not just the savage crime that afflicted this young girl, but also the cultural currents and conflicts that brought these savage young men together with her that night," Brown says.

The victim came from a poor, rural background and was studying to become a physiotherapist, Brown says. Her family had spent a large percentage of their income to put her through school, and she was excited to be moving on an upward path into the middle class.

Chaudhury delves deep into the backgrounds of the men who attacked Nirbhaya and discovers surprising parallels.

"In many ways their own backgrounds were very similar," Brown says. "The young men also came from very poor rural areas, but what Chaudhury describes is this boiling frustration as kids and young men; they come into the towns of Mumbai and Delhi, these glittering global metropolises, and they're so near and yet so far from of any of these great rewards that they see all around them.

"And a kind of boiling fury takes place at what she describes as the membrane between the two worlds: of rural backwoods India, if you like, and the global, exciting, money-moving India. The savagery of that collision creates a terrifying atmosphere."

Chaudhury also took the daring step of venturing into the communities and interviewing the families of the six young men at the center of this case. These interviews are what make the piece so fascinating, Brown says.

"Although they committed this terrible, savage crime, you also feel the pain and turmoil of these families who are being confronted with these fast-moving global currents and are not ready to deal with them," Brown says. "And also the parents, who are distraught at what their sons have done, and say, you know, 'Why did he have this evil in him? And where did it come from?' "

The case became famous around the world and spurred a kind of enraged social movement in India, Brown says.

"Every 22 minutes, a woman is raped in India," Brown says. The widespread belief that the justice system lacks concern for crimes against women adds to the anger. 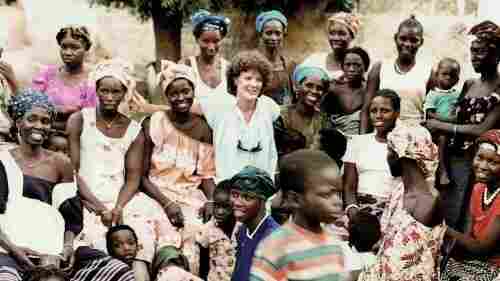 Women's health activist Molly Melching poses with some of the women she worked with and taught in Senegal. Over a period of 20 years, Melching's activism helped drastically reduce female genital cutting in a region of the West African nation. Courtesy of Molly Melching hide caption

"There's a lack of focus in that, a lack of care in the justice system — in the police reports and so on," Brown says.

That perception and the awesome power of social-media conversations about hot-button issues meshed together to create a huge and ongoing conversation around women and violence in India.

"All of these things really turned this thing into a massive movement in India, which has brought a kind of boiling tipping point about violence against women, which has been long overdue," Brown says.

A Heroine Who Fought Her Own Series Of Small Battles

Brown's final offering this month is an excerpt from a book telling the story of Molly Melching, an American foreign-service worker who moved to Senegal and fell in love with the West African country.

Brown describes Melching, who has become a fierce activist in the battle to prevent female genital mutilation in Senegal, as a personal heroine.

"[Melching] devoted herself first off to NGOs [that specialized in] education, but then became more and more aware of the absolutely horrific, barbaric practice of female genital cutting," Brown says. "[She] decided that she was going to take on that issue, in terms of trying to educate women as to why it was such a harmful pursuit, and at the same time sort of co-opt the imams and the male villagers into realizing that they didn't have to go through this very barbaric and unhealthy practice."

"She went from village to village, co-opting the imams, getting the imams themselves to spread this word," Brown says. "After a period of 20 years, she has pretty much ended genital cutting in that region.

"It's really an extraordinary story of quiet medical-missionary zeal, in which she has co-opted a culture into understanding that progress is better for all concerned," Brown says.