Accessibility links
Movie Review - ' Trance' - Crime Pays, If You Remember Where The Stash Is Trippy-cinema auteur Danny Boyle can sleepwalk through a scene and still deliver jolts. His latest film, an art-heist psychological thriller, waffles between the tense and the trite but features a talented trio of actors who turn in some fine performances.

'Trance': Crime Pays, If You Remember Where The Stash Is

'Trance': Crime Pays, If You Remember Where The Stash Is 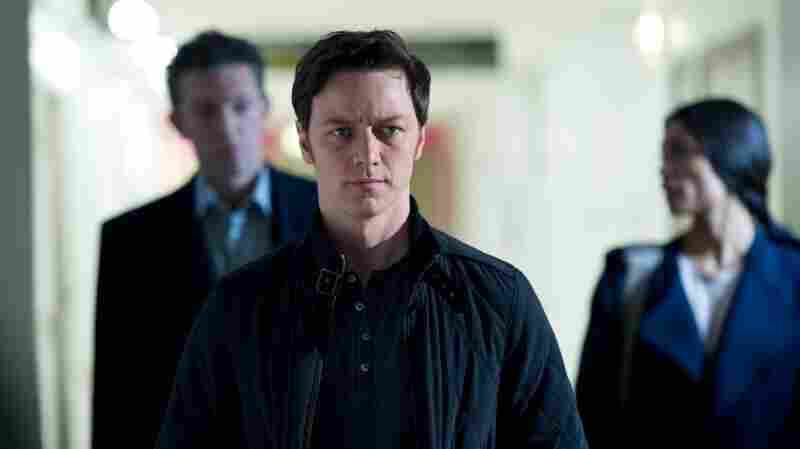 Watch A Clip From 'Trance' - 'Stop Right There'

Watch A Clip From 'Trance' - 'All Of the Doors Are Locked'

'All Of the Doors Are Locked'

The rampant trippiness of Danny Boyle's movies is what makes them so enjoyable — and, sometimes, so annoying.

Trance, in which James McAvoy plays a stalwart London auction-house employee who helps sexy criminal Vincent Cassel steal an extremely valuable painting, is a little of both. The picture begins as a neon-slick caper, gets tripped up in the middle by its labyrinthine, overly synthetic plot details, and ends with a wrapup straight out of Crazytown. But when Trance is cooking, it bubbles like a forbidden drug in the bowl of a spoon — it's all kinds of wrong, and yet it feels seductively right.

McAvoy's Simon kicks off the proceedings by addressing the camera directly, explaining the ins and outs, the hows and whys of stealing art. He has an earnest, scrubbed-clean look, and his eyes are the same piercing blue found in Van Gogh's Starry Night. Why would anyone trust this guy? How could anyone not trust him?

But even though Cassel's Franck and his gang of clever thugs have worked out the robbery in precise detail, it still goes awry. Simon appears to have played his role in the heist well enough, and Franck makes off with a package that ought to contain the painting in question. (It's Goya's Witches in the Air.)

But when Franck gets back to his lair and unwraps the package that supposedly contains this precious work, the frame is empty. Simon, meanwhile, has been knocked unconscious during the robbery; even after some time recuperating in the hospital, he has no memory of what might have become of the painting.

Franck puts the screws to him — brace yourself for a little bit of nasty, albeit off-camera, fingernail business — before enlisting a seductive hypnotist named Elizabeth (Rosario Dawson) to draw the hidden information from the deepest reaches of his cranium.

Can she be trusted? More important, can you trust your perception of anything? Heck, no. In Trance, written by Joe Ahearn and longtime Boyle collaborator John Hodge, no one is who you think he is, and no one does what you'll think he'll do. So what else is new?

In the most basic terms, this is one of those dime-a-dozen puzzle movies — a la Inception or Source Code or Looper — that pretend to be smart and tricky but really just send lots of sliced-and-diced information at you so rapidly that you think you're being dazzled. It's the kind of thing Boyle could do in his sleep — and maybe he is asleep, or at least just in a trance. 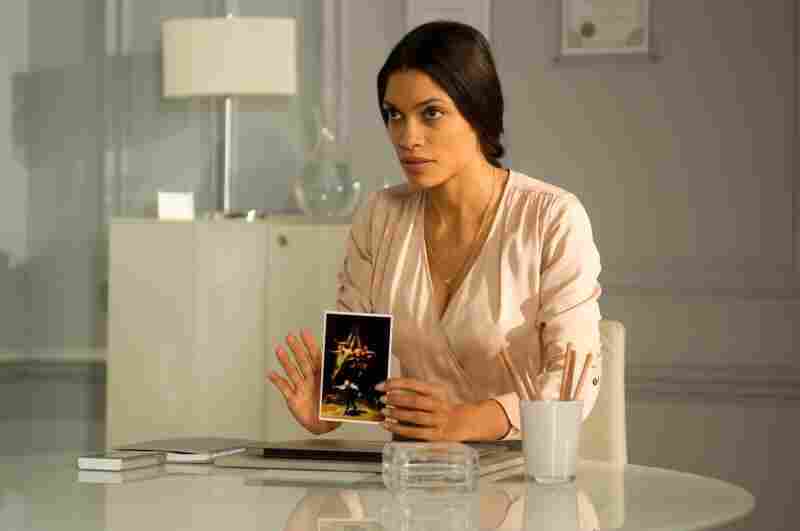 Dawson's Elizabeth is a hypotherapist trying to help the amnesiac Simon remember what happened to the Goya he was helping to steal. Fox Searchlight Pictures hide caption 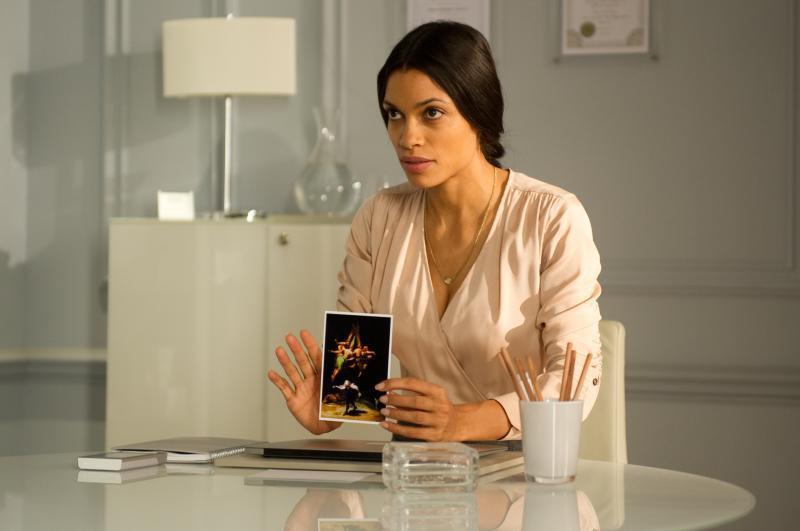 Dawson's Elizabeth is a hypotherapist trying to help the amnesiac Simon remember what happened to the Goya he was helping to steal.

But among all the swooshing camera moves and hairline cuts and hypersaturated pops of color, there are actual actors giving wonderfully watchable performances. McAvoy plays Simon as a guy who's half lost lamb, half conniving fox, and even if you don't much care which side wins, he's fun to watch.

And Cassel, who has proven his genius at playing complex baddies (in Jean-Francois Richet's Mesrine movies) and charming psychos (in David Cronenberg's A Dangerous Method), is a supremely romantic presence here. His Franck is no good, mind you, but there's a sea of longing behind the calculation in his eyes. Cassel carves warmth out of an ice block of coldness.

Boyle may be sleepwalking — speed-sleepwalking, maybe — through Trance. But he's awake and alive when it comes to knowing what his actors can do. They're the movie's humming current, delivering just the right jolts to make sure we're fully awake.