Accessibility links
D.A.'s Office Slayings Unnerve Texas County In Texas, a memorial service is planned Thursday for Kaufman County District Attorney Mike McLelland and his wife, Cynthia. They were killed in their home last weekend, just months after an assistant district attorney was killed outside the courthouse. The incident has shaken the community's sense of safety. 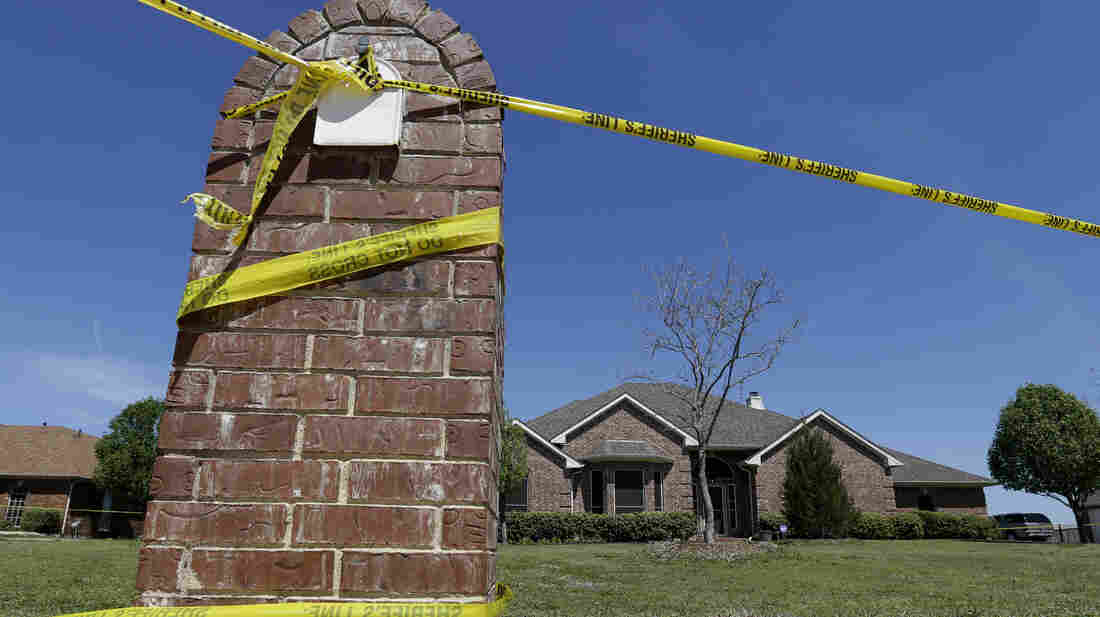 Crime scene tape is seen outside the home of Kaufman County District Attorney Mike McLelland. McLelland and his wife Cynthia were murdered at their home Saturday. Tony Gutierrez/AP hide caption 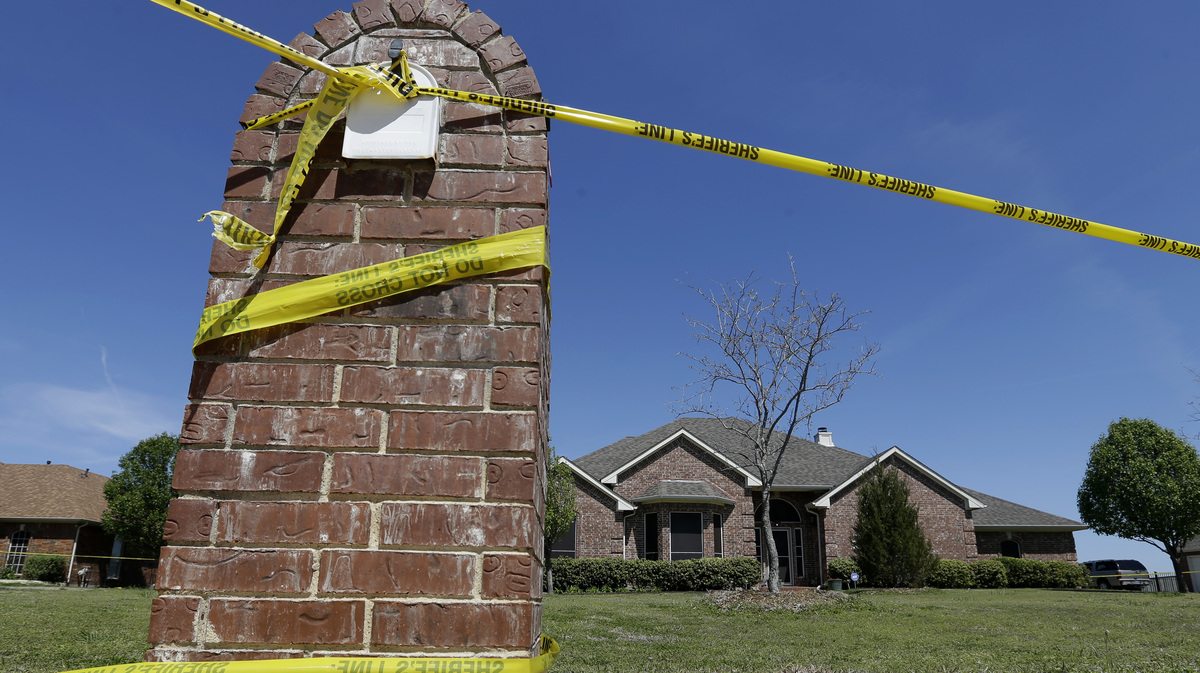 Crime scene tape is seen outside the home of Kaufman County District Attorney Mike McLelland. McLelland and his wife Cynthia were murdered at their home Saturday.

Kaufman County, Texas, is holding a memorial service Thursday for its fallen district attorney and his wife. Mike and Cynthia McLelland were gunned down in their home over the weekend following the assassination of the county's assistant district attorney, Mark Hasse, nearly two months ago.

The McLellands were shot multiple times by an assailant with an assault rifle so now Texas law enforcement has its assault rifles on display and at the ready.

"There's no question this has escalated," says county Judge Bruce Wood. Courthouse security is so tight that for the time being, it's simpler to have his meetings by phone.

People are, I don't know that they're walking around in fear, but it's not the same county that we lived in two months ago. A lot has changed since that time.

"It was certainly a tragedy when Mark was killed, but with this, it was already at a high level and this certainly carried it to the next level," Wood says.

In January, Hasse was assassinated after he stepped out of his car on his way to work. McLelland took the murder personally and in a press conference called the perpetrators "scum."

"I hope that the people that did this are watching, because we're going to find you, we're going to pull you out of whatever hole you're in and let the people of Kaufman County prosecute you to the fullest extent of the law," McLelland said.

But it was the district attorney and his wife who were next, not the bad guys. The D.A. was reportedly shot 20 times in his pajamas, his wife killed as she answered their front door. Judge Wood says now the town is wary in a way it's never been.

"People are, I don't know that they're walking around in fear, but it's not the same county that we lived in two months ago. A lot has changed since that time," Wood says.

Rural Texas prides itself as a place where people can take care of themselves, many are not only armed but well armed. And McLelland was a man among them. Joining the Army after graduating from the University of Texas, he held a major's rank in the reserves and served as recently as the Persian Gulf War. After his assistant was ambushed in January, he warned potential assailants that in him, they faced a former military officer who was now armed and ready.

The two practiced defense law together before deciding to become prosecutors. Burns says the murder of his friend has not only changed Kaufman County, it has stunned district attorneys across Texas.

"I talked to a number of my colleagues just last night and the reaction, we don't exactly know how to react to it, especially because we don't know what happened," Burns says.

Early suspicion has fallen on the Aryan Brotherhood of Texas. The gang was the target of a state wide racketeering sting that indicted 34, including top leaders. On Tuesday, the federal prosecutor in Houston charge of that case surprised everyone when he withdrew, sighting security concerns. Burns says many prosecutors, including himself, before felt invincible, untouchable. That's over now.

"I know that every prosecutor in the state of Texas at least, that every time their doorbell rings in the next few months, this incident is going to cross their mind before they answer the door," Burns says.

In addition to the Aryan Brotherhood, there's speculation that Mexican drug cartels might be responsible. The murder of law enforcement officials has grown commonplace south of the Texas border. The question now is: Has a new front opened, the first shots fired in a rural county east of Dallas?