Accessibility links
Emigre Artist Sculpted Exquisite Gems Of Russian Folk Life Semiprecious stones were the medium of choice for Vasily Konovalenko, a Soviet ballet set designer turned sculptor. His masterful workmanship captured Russian characters, from Cossacks and drunks to country folk and czarist henchmen. He fell afoul of the authorities and left Russia for the U.S. in the 1980s.

A team of American researchers is on a treasure hunt for jewels — of both artistic and historic value.

This month, researchers from Denver were in Russia to document the work of Vasily Konovalenko, a former ballet set designer turned sculptor, who created scenes from Russian folk life in semiprecious stones.

In the 1980s, Konovalenko emigrated from what was then the Soviet Union in search of artistic freedom. Now, his legacy is divided between the U.S. and Russia.

Stephen Nash, a curator from the Denver Museum of Nature and Science, recently visited the Moscow Gem Museum to see the work that got Konovalenko in trouble with Soviet authorities.

Nash's enthusiasm bubbles up as he describes a piece called Sultry Mid-day. It's roughly 15 inches long, set on a platter carved from malachite stone, as green as moss. Gray-blue agate has been set into the malachite.

"Into those agate circles, which look like pools of water, are two middle-aged women who are enjoying cooling off in the summertime with tea that's being cooked in a samovar," he says about the work. 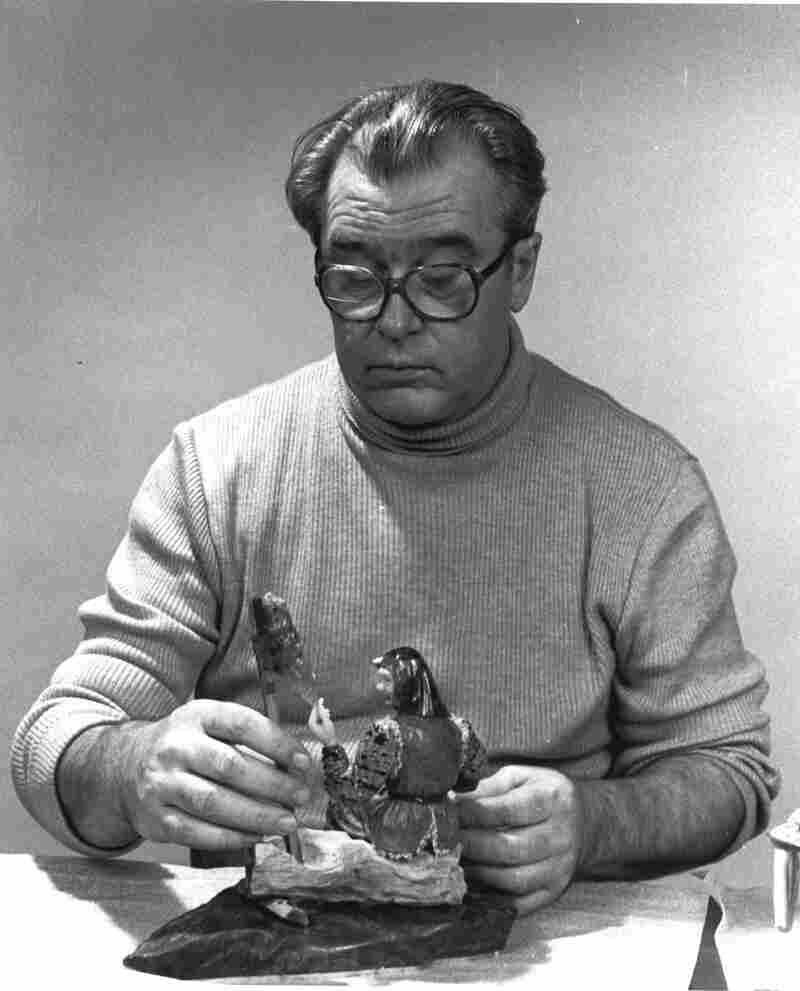 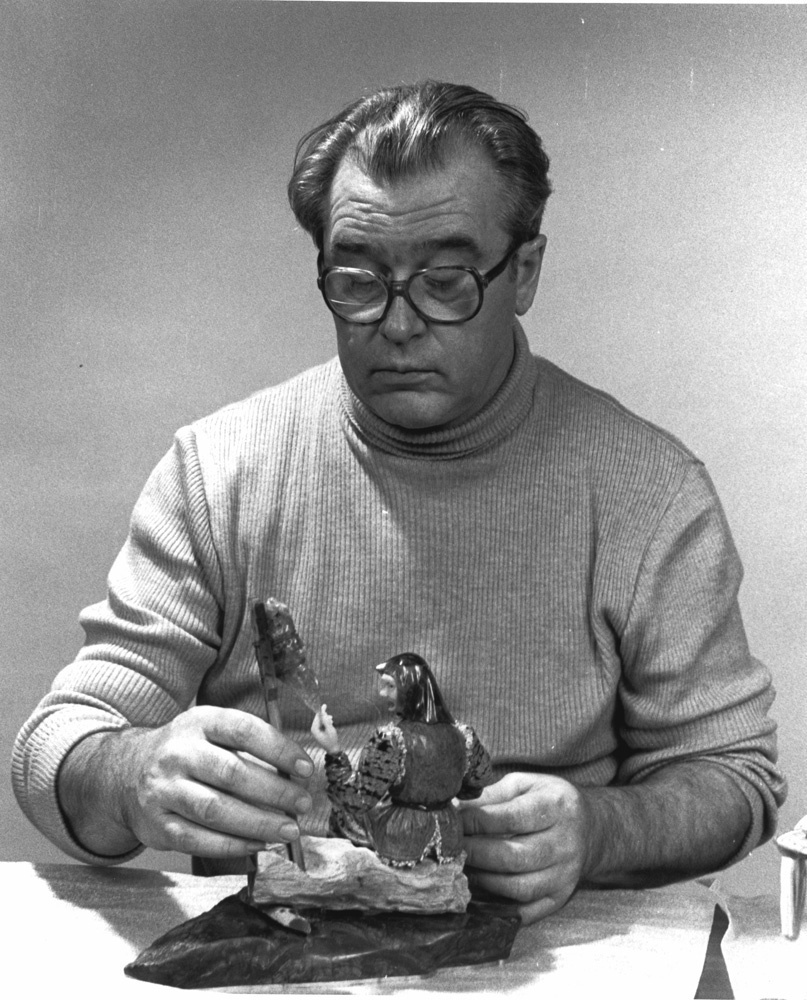 Denver Museum of Nature and Science

The ample bodies of the women are carved from a ruddy colored quartz; the samovar is of clear crystal.

"And they're sitting across from each other, there's a table between them, floating on the water," Nash continues. "It's made of petrified wood so that it looks like a wooden table."

The Konovalenko sculptures aren't studded with gems, like a Faberge egg — they are gems, big chunks of semiprecious stone.

In the 1950s, Konovalenko was a young set designer at St. Petersburg's Mariinsky ballet theater. He discovered gem carving when he had to make a malachite box as a prop for a ballet called The Stone Flower.

According to his widow, Anna, he fell in love with the art and began to use it in daring ways.

Konovalenko had his first big public exhibition in 1973, and people loved it, she says, except for a certain Communist Party official. "The main person of Communist Party of St. Petersburg ... became angry not to be invited to opening of exhibit, and he started to try to put my husband in jail," she says.

Among other things, she says, her husband was accused of making fun of the Soviet people.

Konovalenko was eventually forced to give his entire collection to the State Geological Museum and to take a job creating sculptures that were often given as gifts to visiting dignitaries.

In 1981, the Konovalenkos got a chance to immigrate to the United States, and they took it.

From then until his death in 1989, Konovalenko produced dozens of works, some 20 of which are now in the Denver Museum of Nature and Science.

For all their masterful workmanship and exquisite materials, the pieces are broad and bold, essentially caricatures of Russian types: Cossacks, drinkers, warriors and country folk — even a czar's henchman, who might have been a forerunner of the feared KGB.

Anna Konovalenko scoffs at the charge that the sculptor was making fun of his subjects.

"He was very interesting, very artistic person — like actor ... because everything [he did] he had in mind a certain person who [he] met during his lifetime," she says.

Nash, the Denver curator, says he thinks the result rises above folk art or caricature.

"I see it as fine art. There's no other way to interpret it. The genius of Konovalenko's gem carving is evident in each and every piece he created," he says.

Nash thinks Konovalenko's background in the theater contributed to the dynamic, theatrical quality of his pieces.

Nash and photographer Rick Wicker hope to document as many of the sculptures as possible in the United States and Russia for a book on Konovalenko's work.