Accessibility links
As Audiences Shift To Cable, TV Programming Changes, Too Broadcast TV used to have bigger stars, bigger audiences and bigger budgets. Cable shows were edgier, with more sex and violence than the broadcasters dared show. In the last few seasons, though, cable ratings have improved and broadcast shows have taken more risks. What's going on on TV? 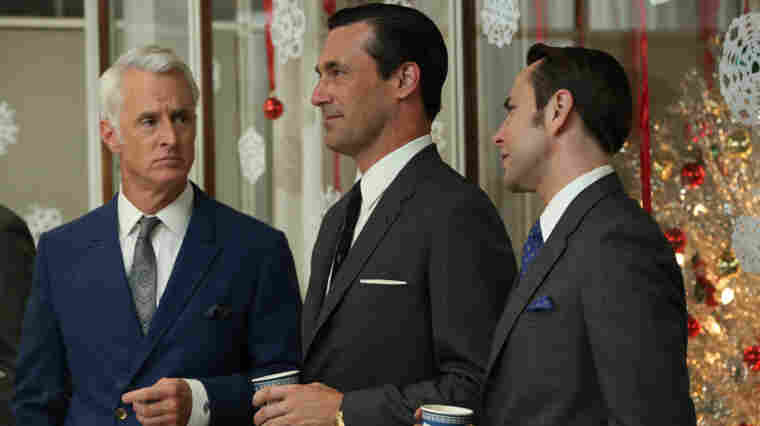 Mad Men comes back for its sixth season Sunday at an opportune moment for basic cable. Last weekend, 25 million viewers combined watched The Bible and The Walking Dead on basic cable channels. That's more than triple the audience for The Good Wife on CBS that same night.

So are we looking at a convergence between scripted shows on broadcast and cable? It's hard not to wonder, when you see broadcast networks rushing to replicate gruesome death scenes like the ones relished by The Walking Dead's enviably sizable audience. (See The Following on Fox or Hannibal on NBC for examples. Or, depending on your tolerance for gore, don't.)

"Imitation is the sincerest form of television," jokes TV critic Eric Deggans. He points out that until fairly recently, cable barely registered in the ratings. One of the leaders was actually a channel for older women. It became known — or perhaps infamous — for its original content.

"Lifetime was the most-watched cable network for a period of 18 months in 2000 and 2001," points out media scholar Amanda Lotz. "They had this very clear brand. At that time, Lifetime was TV for women, with original scripted shows for female leads when they weren't on broadcast networks."

But no one would have used the word convergence back then. Lifetime shows looked cheap and stamped-out. Cable channels lacked big broadcast budgets, so they had to fill vast tracts of airtime with reruns of broadcast shows. And that, says Lotz, doesn't necessarily establish a basic-cable brand.

"And the thing about [an] original scripted program is they can make it match their brand exactly," she observes. 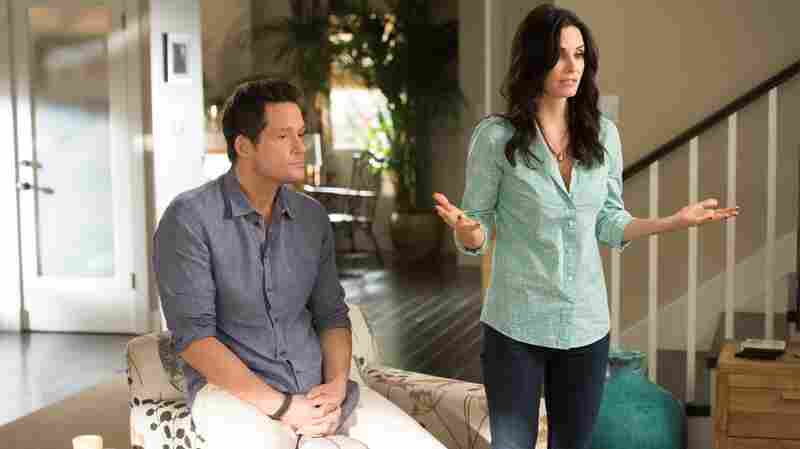 The programming convergence between cable and broadcast networks may have already begun, with shows like Cougar Town jumping ship from ABC to TBS. (Pictured: Josh Hopkins and Courteney Cox) Darren Michaels/TBS hide caption 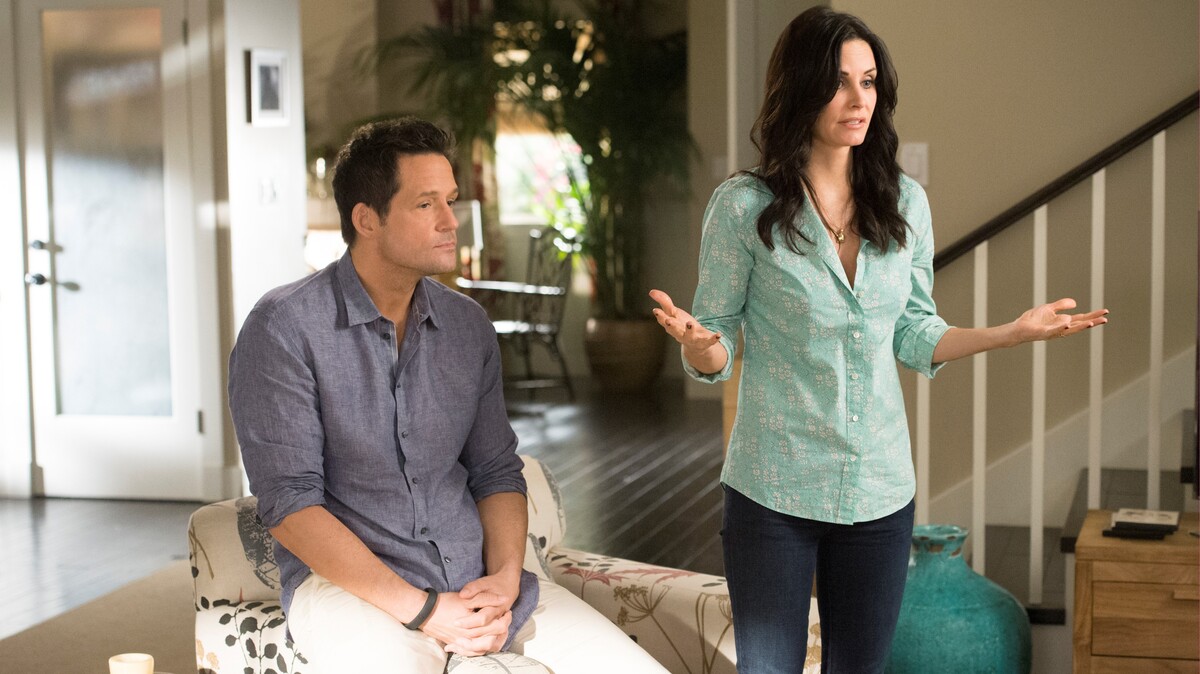 The programming convergence between cable and broadcast networks may have already begun, with shows like Cougar Town jumping ship from ABC to TBS. (Pictured: Josh Hopkins and Courteney Cox)

That's why it worked for the comedy-oriented TBS to pick up the broadcast show Cougar Town when ABC dropped it last year. Edgy FX is enjoying broadcast-level ratings for its original scripted shows, such as American Horror Story and Sons of Anarchy.

Basic-cable shows started to look more expensive back in 2002, with the launch of USA's Monk and FX's The Shield, according to the latter network's president, John Landgraf. Since then, he has seen a remarkable jump in the sheer volume of scripted shows.

"When The Shield launched, there were about 30 scripted original series in basic and premium cable," he says. "There were 125 last year. And I think there'll be well over that this year. Could be 140 or 150."

Still, Landgraf isn't quite making a case for convergence between scripted shows on cable and broadcast — not yet, anyway. On broadcast shows, he points out, consequences for wrongdoing are dealt out instantaneously.

"So you always see crime doesn't pay and bad people get punished and cops generally win," he says. But cable shows like The Shield and The Sopranos are more like Shakespearean tragedies.

"Macbeth doesn't get his comeuppance until the fifth act," Landgraf notes.

Maybe that's when we'll know when we've reached true convergence — when we're watching Macbeth: The Series on Fox or ABC.

In the audio version of this story, we incorrectly say that Eric Deggans coined the phrase "Imitation is the sincerest form of television." It was comedian Fred Allen who first said that.