Accessibility links
FBI Building May Soon Be 'Put Out Of Its Misery' With D.C. real estate booming, it's no surprise that the government is thinking about unloading a building seen by many as an eyesore. The J. Edgar Hoover Building, headquarters of the FBI, sits on a valuable spot along Pennsylvania Avenue, not far from the Capitol and the White House. 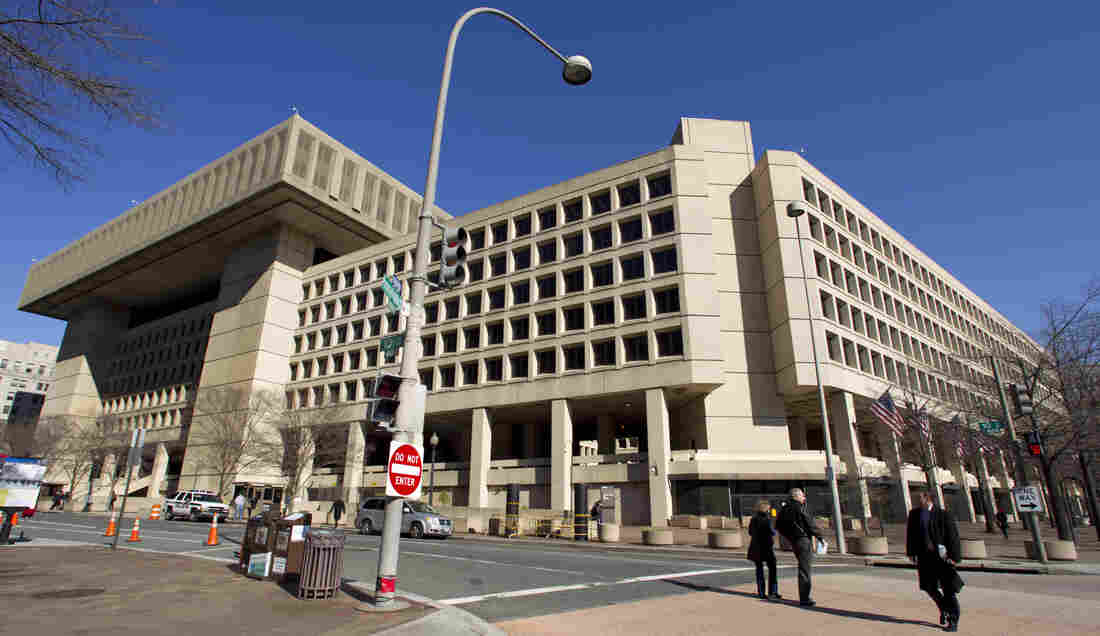 The Federal Bureau of Investigation headquarters in Washington, just blocks from the White House, has long been the government building everyone loves to hate. Manuel Balce Ceneta/AP hide caption 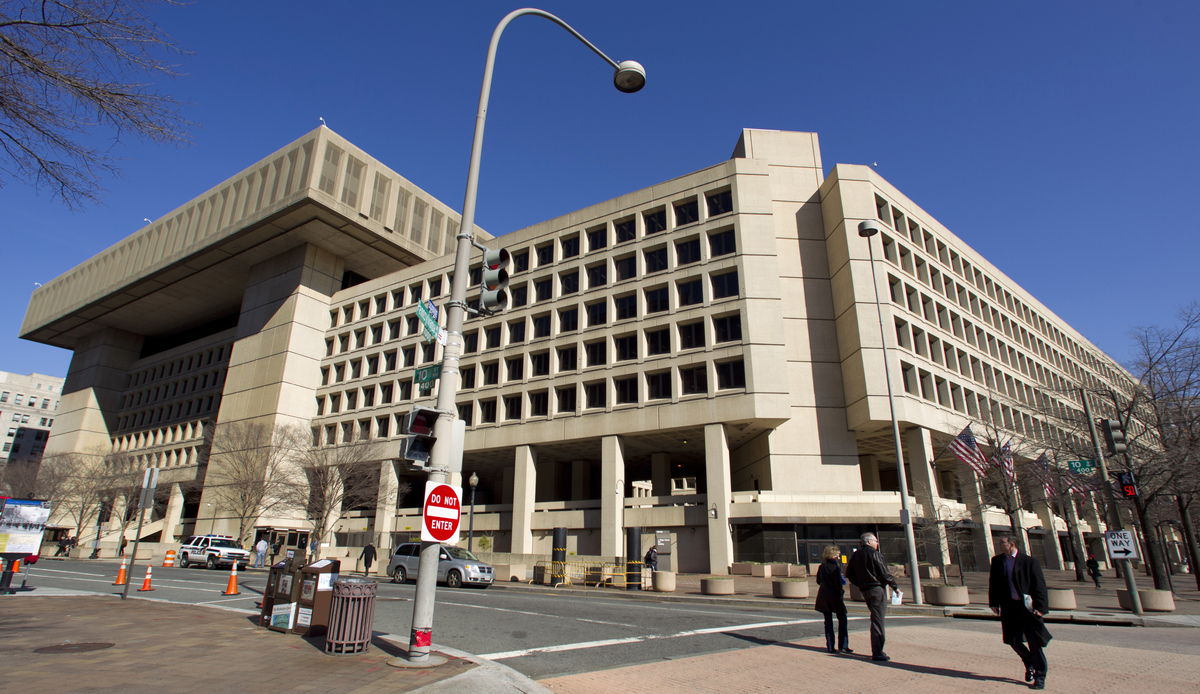 The Federal Bureau of Investigation headquarters in Washington, just blocks from the White House, has long been the government building everyone loves to hate.

The nation's capital has been undergoing something of a building boom. Dozens of construction cranes dot the Washington, D.C., skyline.

So it comes as no surprise that the federal government is hoping to take advantage of the real estate values and unload what's seen by many as an eyesore on Pennsylvania Avenue: the J. Edgar Hoover Building, headquarters of the FBI.

The Hoover building sits on a valuable piece of real estate: Pennsylvania Avenue is where the inaugural parade is held every four years; the Capitol building looms just up the street; and the White House is not far away in the other direction.

Tourists used to visit by the thousands each day, but the tours stopped after the Sept. 11 terrorist attacks. Now the building — never much to look at in its prime — has fallen into a state of disrepair.

"If you look at the sides and the tower on top of the building, you'll see there's netting on the facades of the tower because the concrete's been chipping away," says Catesby Leigh, an architecture critic.

Leigh is no fan of the FBI building or its design — the exposed concrete style called Brutalism. 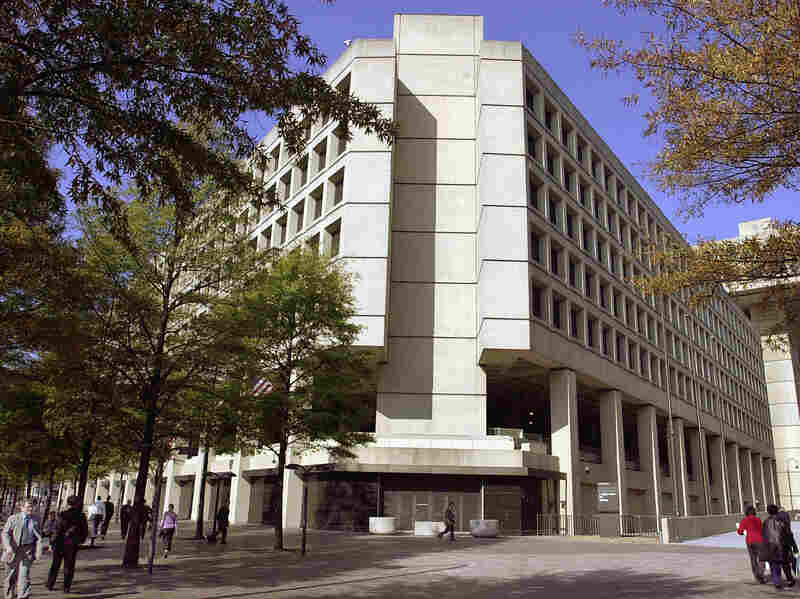 This photo of the J. Edgar Hoover Building was taken in November 2001. After the Sept. 11 attacks, the FBI stopped offering tours of its headquarters. Joyce Naltchayan/AFP/Getty Images hide caption

"This building reflects the tendency within Brutalism to completely ignore the building's surroundings, and it's just plopped down as if it dropped in from outer space," he says. "Also, you have a moat running around three sides of the building, which just intensifies its forbidding aspect. ... There's a very large consensus that the sooner it's put out of its misery, the better."

The FBI essentially agrees with Leigh, calling the Hoover building, completed in 1974, "obsolete, inefficient and expensive." And — despite the moat — it doesn't meet modern security standards.

The bureau says because of its growth after the Sept. 11 attacks, half of the staff doesn't even fit in the Hoover building. So it rents other space around Washington at a cost of $168 million a year.

The agency that oversees government buildings and properties, the General Services Administration, says it's time to think about a move.

"We believe the Pennsylvania Avenue site has considerable potential for higher and better use than as a headquarters of a federal agency," the GSA's Dorothy Robyn testified at a recent congressional hearing. "We hope to unlock that hidden value and apply it to the creation of a new facility."

The GSA has received 35 proposals to sell the Pennsylvania Avenue site to developers and use the proceeds to build the FBI a new headquarters. Officials from Washington and its Maryland and Virginia suburbs are jockeying for the headquarters and the 11,000 jobs it would bring.

Advocates of suburban locales say they can provide sites better suited to the security needs of the FBI. Washington's congressional delegate, Eleanor Holmes Norton, says there is no need to move the FBI out of the capital — there are secure sites in D.C. as well.

"We are in the process of building ... the Department of Homeland Security. That is going to be a complex of secure agencies that are now spread all over the region," she says. "So if your concern, or the concern of some, is security — you need to move on."

The government is just beginning to review proposals, and it will be a few years before the FBI will be able to move. Still, it appears that the days of the J. Edgar Hoover Building are numbered.