Accessibility links
On Broadway, Old Shows And New Tricks These days, a hit show can run not just for years but for decades. So how do you keep it fresh for new audiences? Reporter Jeff Lunden talks to people who work on three of Broadway's biggest hits to find out. 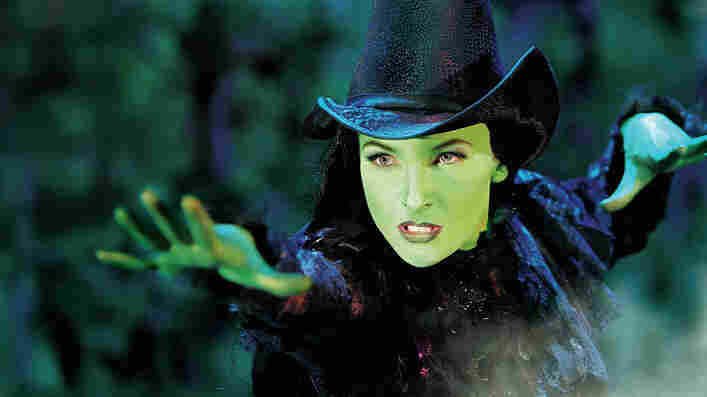 Willemjin Verkaik is the latest leading lady to play Elphaba, the misunderstood green girl who grows up to become the Wicked Witch of the West in Broadway's long-running Wicked. She has also played the role in Dutch and German in Europe. Bankhoff-Mogenburg hide caption

When I was a teenager falling in love with the theater, I picked up a book called Broadway's Greatest Musicals. The sole criterion for inclusion was that a show run for at least 500 performances, which translates to about a year and a quarter.

I was thinking about that when I attended the 25th-anniversary performance of The Phantom of the Opera, now ranked as Broadway's longest-running musical ever. The show was in great shape — in some respects maybe better than when it opened — and I asked the Phantom's legendary director, Hal Prince, how often he came to see it in a year, expecting him to say once or twice. His answer surprised me.

"I see the show probably at least a dozen times a year, but I rehearse them four times a year," Prince says. "And it's a hell of a happy responsibility, you know what I mean? I'm very grateful for it." 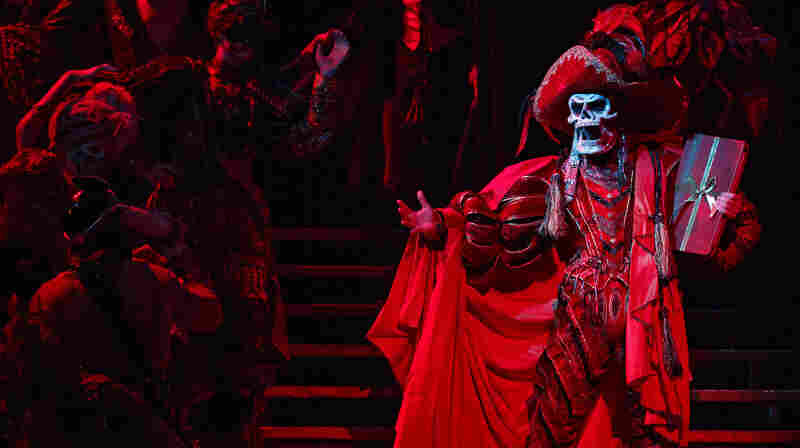 Hugh Panaro plays the title character — here done up as The Red Death for the show's spectacular masked-ball scene — in The Phantom of the Opera, Broadway's longest-running show. Twenty-two years ago, Panaro made his debut with the show as Raoul, the male romantic lead. Joan Marcus hide caption 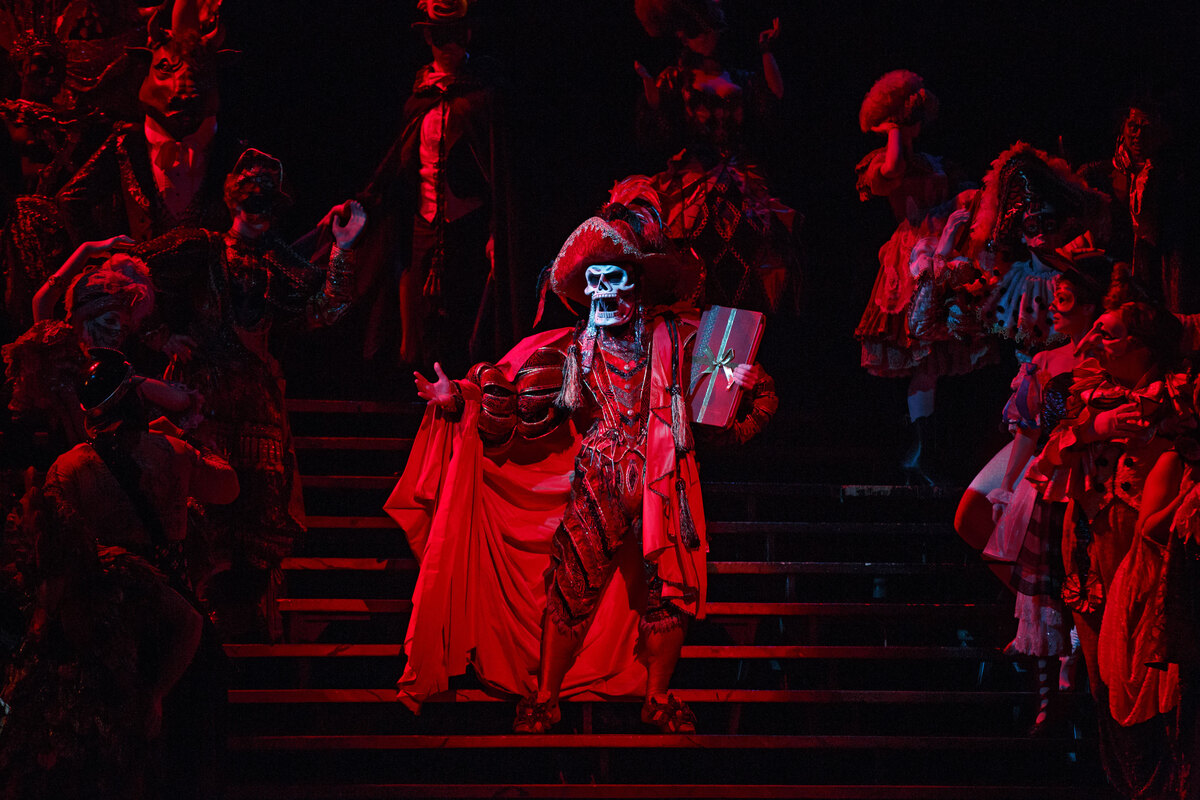 Hugh Panaro plays the title character — here done up as The Red Death for the show's spectacular masked-ball scene — in The Phantom of the Opera, Broadway's longest-running show. Twenty-two years ago, Panaro made his debut with the show as Raoul, the male romantic lead.

Hugh Panaro, who plays the Phantom, has a unique perspective. His first stint with the show was 22 years ago, when he played the young lover Raoul. Over the years, Panaro has left the show to do other roles, but he's returned several times. All told, he's played the Phantom for over 1,700 performances.

While he says those rehearsals with Prince are crucial, part of what keeps things fresh for him is that he has played opposite so many actresses in the lead role of Christine. He doesn't have an exact count, but he can wager a guess.

"Fifteen, easily!" Panaro says. "And that's not counting understudies; that's counting girls that have held this contract, from the time I was Raoul 'til now. I get two Christines a week" — the part is daunting enough that a different actress performs at matinees — "and no two Christines are alike, which is the beauty of it. So I get a fresh pair of eyes every night, pretty much."

Getting It Right, Eight Times A Week

Up on West 51st Street at the Gershwin Theatre, production stage manager Marybeth Abel is putting a new actor into the role of the munchkin Boq in Wicked, the prequel to The Wizard of Oz, which will be celebrating its 10th anniversary this October. In her office backstage, she explains what she does.

"I always say my primary job is to make sure the show goes on every night as scheduled, and that we do it successfully and we get a standing ovation at the end of the night," Abel says, laughing.

So she works with the actors and the backstage crew — there are about 120 people on Wicked — to make sure the show runs smoothly eight times a week.

But she also takes charge of afternoon and evening rehearsals, teaching understudies and new performers their blocking — where to move onstage and when.

One of the new actors Abel has put in the show is Willemjin Verkaik, in the role of Elphaba — the green girl who becomes the Wicked Witch of the West. Verkaik is from the Netherlands and has played Elphaba in Europe in both Dutch and German. Now she's hit a trifecta, doing it on Broadway in English. 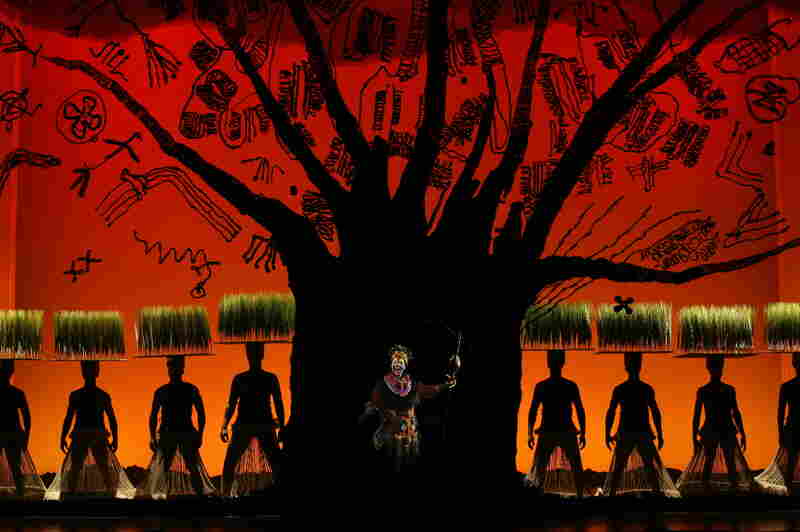 Tshidi Manye (center) as the baboon narrator Rafiki, with the ensemble of The Lion King. The long-running adaptation of the popular Disney animated film has been on Broadway for 15 years. Joan Marcus/Disney hide caption 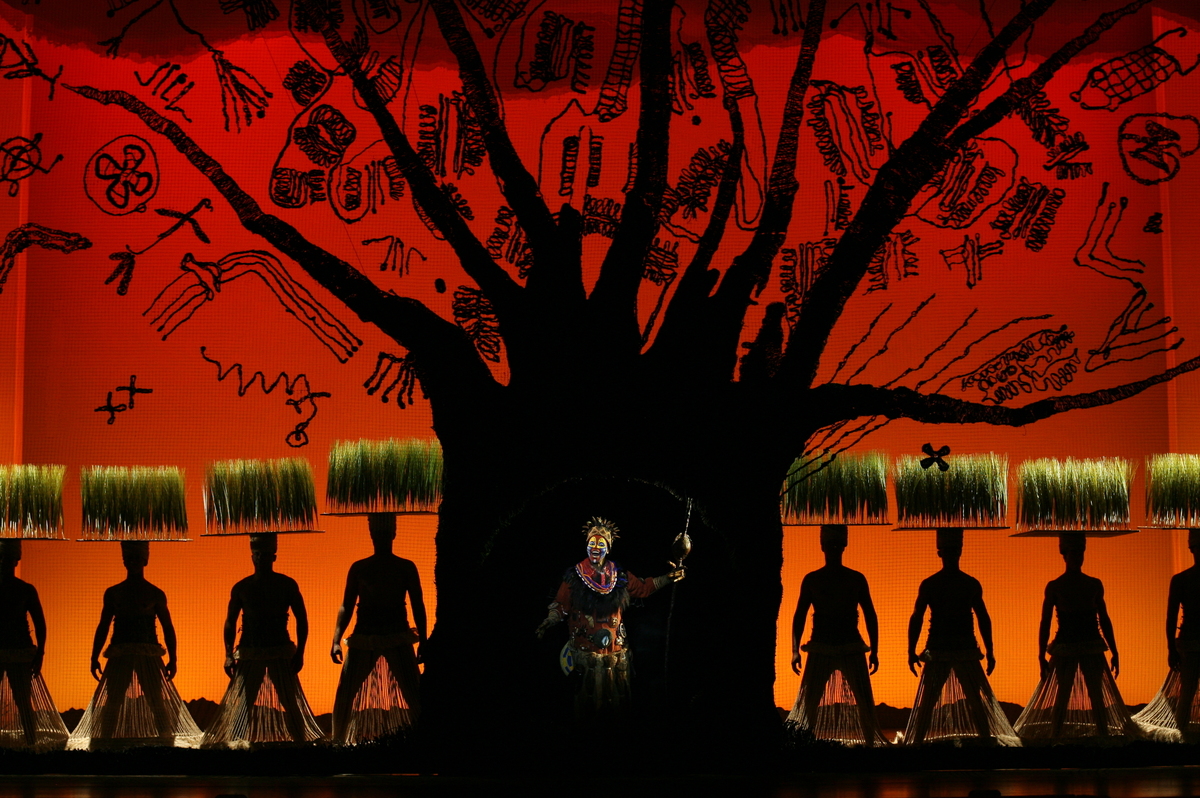 Tshidi Manye (center) as the baboon narrator Rafiki, with the ensemble of The Lion King. The long-running adaptation of the popular Disney animated film has been on Broadway for 15 years.

Even if she's following in the footsteps — literally — of Tony Award winner Idina Menzel, who created the role, she says she's found ways to make the part her own.

'It's Not A Factory Job'

Every show has a resident director, who acts as a liaison between the original creators and the cast. That's John Stefaniuk's job at The Lion King, which recently celebrated its 15th anniversary. He travels the globe overseeing as many as eight productions of the show, working closely with all the actors.

"It's not a factory job," Stefaniuk says. "You want to allow these actors to feel like actors and treat them as such; not feel like replicas of somebody else's show. It's being told by that person firsthand, rather than fifth-, sixth-, seventh-hand, because if you take a copy of a copy of a copy of a copy, soon it starts to lose its integrity. And I really think that's the core ... to really keep the integrity of what that audience had on the first night."

Ron Kunene has been with The Lion King for all 15 years, as a bass in the chorus. Born in South Africa, he has a second job on the show — helping actors in New York and in other companies with some of the African dialects, like the language the baboon Rafiki speaks.

"And it's based on clicks," Kuene says, demonstrating. "So, it's my duty to also teach."

But Kunene says what really keeps the show fresh for him is seeing the expressions on the faces of audience members. Panaro, over at The Phantom of the Opera, agrees.

"Every performance, there's a new audience out there," Panaro says. "And there may be a 12-year-old or a 13-year-old kid out there that wants to maybe do this for a living. And that's my story. You know, my parents brought me to see my first Broadway show when I was 12 years old."

And even though he's seen The Lion King hundreds of times, resident director Stefaniuk says it's never boring.

"I think after all these years, if it doesn't still send a shiver up my back, then I'm not doing my job," Stefaniuk says.