Accessibility links
Rick Nielsen Of Cheap Trick Plays Not My Job Rick Nielsen formed Cheap Trick with three of his friends back in 1973 in Rockford, Ill., and since then they've traveled the world and put out more than 16 albums. He'll play a game called "BAAAAAAAA." Three questions about sheep tricks. 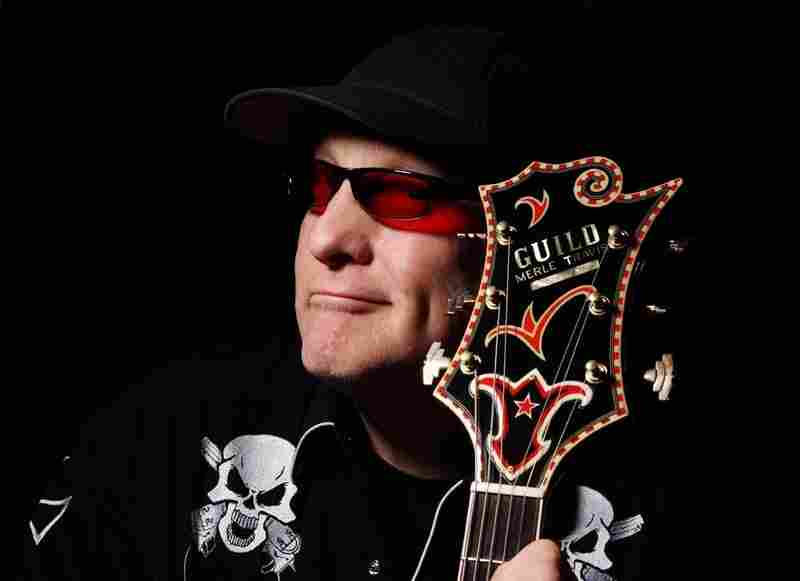 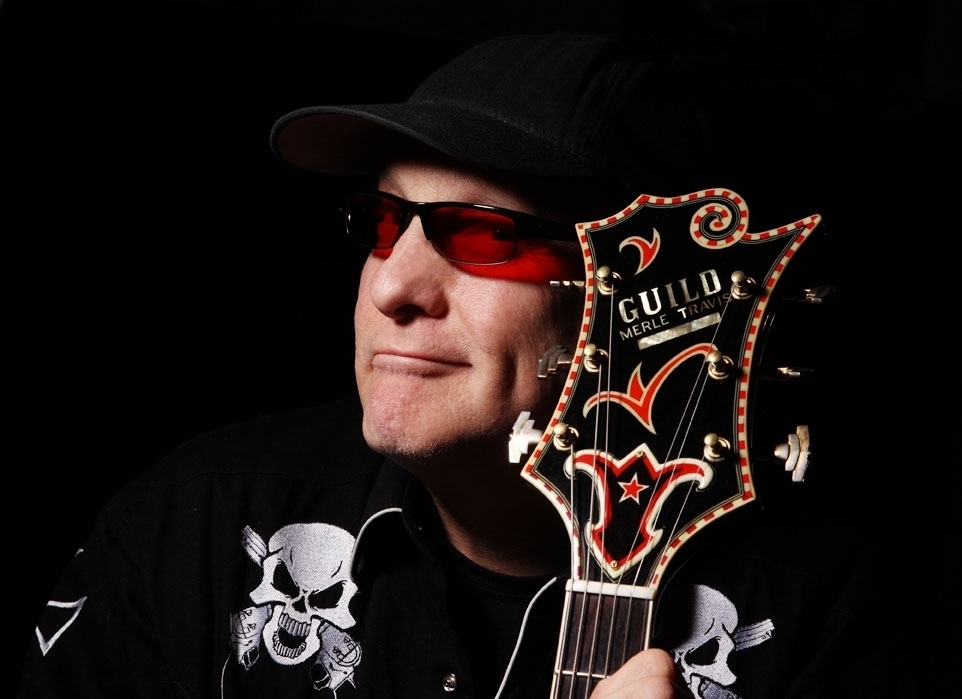 Every Midwestern city has garages full of four local teenagers playing rock 'n' roll and dreaming of the big time ... but Rockford, Ill., boasts the few that made it. Rick Nielsen formed Cheap Trick with three of his friends back in 1973 in Rockford and since then they've traveled the world and put out more than 16 albums.

Since Nielsen was in a band called Cheap Trick, we've invited him play a game called "BAAAAAAAA." Three questions about sheep tricks.

And now, the game where we take famous people and we treat them infamously. Every Midwestern city has garages full of four local teenagers playing rock and roll and dreaming of the big time. But Rockford, Illinois boasts of one of the few that made it. Rick Nielsen formed Cheap Trick with three of his friends back in 1973.

SAGAL: Right here in Rockford. Since then, they've traveled the world. They've put out more than 16 albums. And Rick Nielsen still lives right here in his hometown. Rick Nielsen, welcome to WAIT WAIT...DON'T TELL ME!

RICK NIELSEN: Thank you, thank you.

SAGAL: It's a great pleasure to have you.

NIELSEN: I'm happy to be here.

SAGAL: So that story is true. You grew up in Rockford. Your father ran a music store.

NIELSEN: He ran a music store and he was also an opera singer, and he was choir director and he had one child.

SAGAL: I understand. Well, he was busy with all those other things. When you founded, you had been in a band called Fuse that put out a record and then you came back to Rockford and you got a new singer, who you had to wait until like his contract with a Wisconsin resort was up.

SAGAL: Sure, well, those are hard to come by.

SAGAL: Wisconsin Dells, for those who don't know is sort of a somewhat cheesy tourist town.

SAGAL: I was trying to be polite. So you were able to get him out of that...

SAGAL: Get him down here.

SAGAL: Now, we were told that when you guys started with Cheap Trick, your reception was OK in America but it was - to use the phrase - huge in Japan.

NIELSEN: Yes. It's true. We were probably the only group or company that brought money back from Asia to the United States.

SAGAL: So can you explain that? I mean, we heard that when you showed up to Japan for your famous tour that resulted in "Live at Budokan," there were like thousands of people at the airport waiting for you.

NIELSEN: Yeah, we thought that there was somebody famous on the plane. And we got off and we found out that we were recognized. There was 5,000 people waiting for us. Usually it's TSA waiting for us.

SAGAL: Well, can you explain that, I mean the appeal that you had to the Japanese.

NIELSEN: They liked our music.

NIELSEN: I've got to say one thing.

NIELSEN: The last time that I played here, there were 2,500 crazy idiots in here.

SAGAL: Really, it's the same.

SAGAL: I remember, I mean you - I became aware of Cheap Trick, like so many people here, because of the record you recorded over there, "Live at Budokan."

SAGAL: And those videos that you guys put up of your lives performances on MTV. I remember watching it and there was, you know, there was the rest of the band and your lead singer had that classic 70s, early 80s rock and roll look. He had the long feathered hair.

SAGAL: But you had this completely different look. You were wearing a bowtie. You had your ball cap...

SAGAL: You haven't. You're still wearing it. So did you, like, pick out a particular look for yourself?

NIELSEN: I was never going to be very cute. I always looked for the best people to play with and 'cause to make myself look better.

NIELSEN: And I did pretty good.

NIELSEN: If you're going to be ridiculous, be over the top ridiculous.

SAGAL: Is there an actual point to a five-necked guitar?

PETER GROSZ: Did you have to buy that? Was it like available in the store or did you commission that?

NIELSEN: Oh, no, they used to sell those at Sears.

GROSZ: I want a gallon of paint.

SAGAL: I want a gingham dress, a washing tub and a five-neck electric guitar.

SAGAL: How many guitars does a man need?

NIELSEN: How many do you want?

SAGAL: I would assume that one would be enough, it being a guitar.

NIELSEN: Well, you're in radio, so you probably have 100 microphones.

SAGAL: No, just the one.

SAGAL: That's all I need.

NIELSEN: Well, let's see, you're in comedy, you must have at least one good joke.

SAGAL: I'm genuinely serious. Do you like have all these guitars because they have different sounds? You just love them as art objects? Or you just like counting your guitars?

NIELSEN: Look at me; I need all the help I can get.

SAGAL: I guess so. But is there one guitar you play in concerts or do you just...

NIELSEN: You know, I play a different guitar every song.

NIELSEN: Yeah. I did it out of necessity back it the 60s when I started playing, because I hit the guitar so hard, I'd always knock it out of tune. And I always hated watching bands, the guy would break a string or be out of tune, and I have perfect pitch so it would always tick me off when a guy is up there and he'd break a string. And 40 years later, all the guitar players play with their backs to you now.

NIELSEN: So that's what I'd used to see and I hated that, so I got guitars and every time I'd knock it out, I'd pick up another one.

NIELSEN: Well, it's half a true story, yes.

SAGAL: Do you have a favorite guitar?

SAGAL: Right, isn't this the same kind of guitar that...

NIELSEN: I'm stupid, but I still did that.

SAGAL: Bo Diddley. How did those things come about?

NIELSEN: They liked me.

NIELSEN: I played with all these guys. You know something because, you know, you think about it, I can play OK, but look at me; I won't steal their girlfriend.

SAGAL: I want to ask you about your family because my understanding is you still live here in Rockford. You've been married to the same woman for 40 years.

SAGAL: I'm sure. So you traveled the world as a rock and roll star and you live in the same midsize city you grew up in and you're married to the same woman for 43 years.

NIELSEN: I took a lot of drugs earlier.

SAGAL: So here's my question, are you doing the rock and roll thing completely right or completely wrong?

NIELSEN: You know, it's like people get divorced in radio, in lawyers, in doctors, in this and that. It's like, you know, you make your priorities. My priorities were to do what I wanted to do and marry someone that wanted to do what she wanted to do. And when we're together, once in a while we do it.

GROSZ: I think you just wrote the shortage marriage book in the world.

GROSZ: The entire book on marriage.

SAGAL: Rick Nielsen, we are delighted to have you, and we've asked you here to play a game...

SAGAL: So you were in the band Cheap Trick, so we thought we would ask you about sheep tricks.

SAGAL: Answer two out of three questions about talented sheep and you will win our prize for one of our listeners, Carl's voice baaing on their home answering machine. Carl, who is Rick Nielsen playing for?

SAGAL: Here's your first question, Rick. In 2007, the British news site Metro UK reported that more and more Japanese people were adopting sheep as pets. Why were they doing that? Was it A: Because unlike dogs, they make a nice entrée once their natural lives were over? B: Because of the newest Japanese social craze, Herding Parties? Or C: An internet company was shaving the sheep in a certain way and convincing people they were poodles?

NIELSEN: All of the above.

SAGAL: C, that they were selling them as fake poodles?

SAGAL: You're right, that's what they were doing.

SAGAL: The alleged scam fell apart when customers started complaining that their new poodles would not come when called.

SAGAL: Next question: people who've tried to train sheep discovered they had something in common, the sheep that is, with NPR listeners. What is it? A: the sheep loved the taste of tote bags? B: They really like chardonnay? Or C: they love the sound of two guys from Boston laughing at their own jokes?

SAGAL: You seemed so certain. Researchers have used sheep to weed vineyards and they discovered that they like some wine grapes more than others and their favorite is chardonnay. Very good, all right.

SAGAL: Who knew? You did, apparently.

SAGAL: Last question: a sheep farmer in Canada published a guide to training your sheep. He says that if a ram starts to get aggressive, it can be effective to do what? A: grab its horns, flip it over and tickle its little belly?

SAGAL: B: bark at it like a dog. Or C: look at it and think of lamb chops.

SAGAL: B, you're going to say bark at it like a dog.

SAGAL: No, actually, it was C. This is what the sheepherder says. He says if the ram is giving you a hard time, if you look at it and sort of put on a mean face and think of it as lamb chops, it will recognize you as a possible predator and back off.

SAGAL: We want you all to go out, find a ram and see how it works.

NIELSEN: Let me look at you.

SAGAL: I'm backing off, my friend. Carl, how did Rick Nielsen do on our quiz?

SAGAL: Rick Nielsen's exhibit Rick's Picks: A Lifelong Affair with Guitars and Music is now at the Burpee Museum in Rockford, Illinois. Rick Nielsen, thank you so much for joining us on WAIT WAIT...DON'T TELL ME!