Accessibility links
Roger Ebert: Elegance And Empathy Roger Ebert wrote simply, abundantly, gorgeously — and on deadline for 46 years at the Chicago Sun-Times. Over the years, his work reminded us that empathy is the grace note of a good life, not just great art. 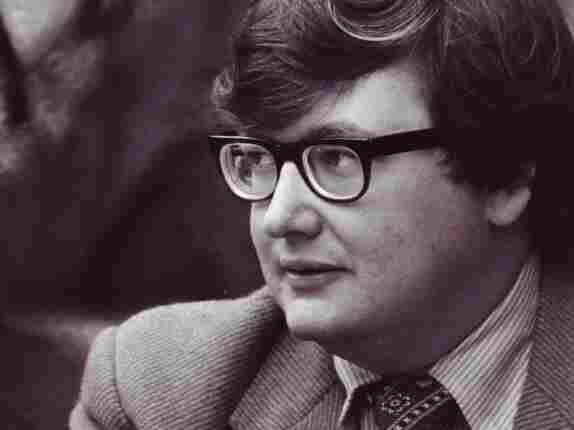 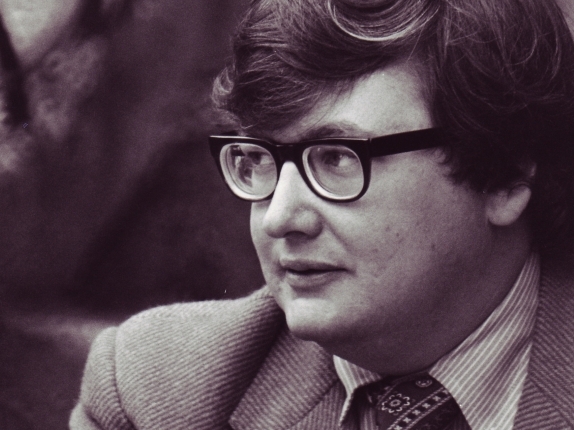 The iconic Chicago photographer Art Shay took portraits of presidents, prizefighters, prose poets — and in the person of Roger Ebert, at least one Pulitzer-winning critic.

Roger Ebert was a critic, not a blowtorch. He could be sharp if he thought a movie insulted the audience, but had a champ's disdain for a cheap shot.

Many critics ridiculed the film Deep Throat when it came out in 1973. Who couldn't mock its absurdities? Roger just wrote, "If you have to work this hard at sexual freedom, maybe it isn't worth the effort."

Roger Ebert was a Chicago newspaperman who typed with two fingers — it sounded like a machine gun, columnist Bob Greene remembered on Friday — who was from the age when reporters were fueled by ink and booze.

But Roger gave up drinking when he saw it ruin too many people he loved and spent 30 years helping others give it up, too. And he elegantly adapted to the age of blogs and tweets, so when he died this week at the age of 70, his website was so overloaded it shut down.

Roger Ebert wrote simply, abundantly, gorgeously, and on deadline for 46 years at the Chicago Sun-Times. "Jargon," he said, "is the last refuge of the scoundrel," and over the years his work reminded us that empathy is the grace note of a good life, not just great art.

A few years ago, I finally got the nerve to tell Roger that one of the first things I did on turning 21 was go to a North Side bar where I'd heard that he held court with other lions of Chicago letters.

"I heard that on a great night Studs, Royko and Algen would come in together," I told Roger, who smiled and said, "Yes. But those nights were rarely great."

Roger began a struggle with cancer a decade ago and eventually lost his lower jaw. Monica Eng of the Chicago Tribune, who had known Roger since she was 6, says he told her, "I can't talk, but I have a voice as long as I can write." In his blog, columns, tweets and a superb memoir called Life Itself, he detonated ideas each day. He used movies, as great filmmakers do, to move into our imaginations.

Roger Ebert became fascinated by Richard Dawkins' theory that people give off mental units — memes — that can move between us and spread like fire:

"After a lifetime of writing, teaching, broadcasting and telling too many jokes, I will leave behind more memes than many. They will all also eventually die, but so it goes."

"We must try to contribute joy to the world," said Roger Ebert. "That is true no matter what our problems, our health, our circumstances. We must try. I didn't always know this and am happy I lived long enough to find it out."