Accessibility links
Interview: Editor Christine Dumaine Leche And Contributor Billy Wallace Of 'Outside The Wire' In some ways, Christine Dumaine Leche's writing class was just like any other — there were backpacks, rough drafts, class discussions. But her classroom was on an air base in Afghanistan, and her students were active soldiers. She's collected their work in a new book called Outside The Wire. 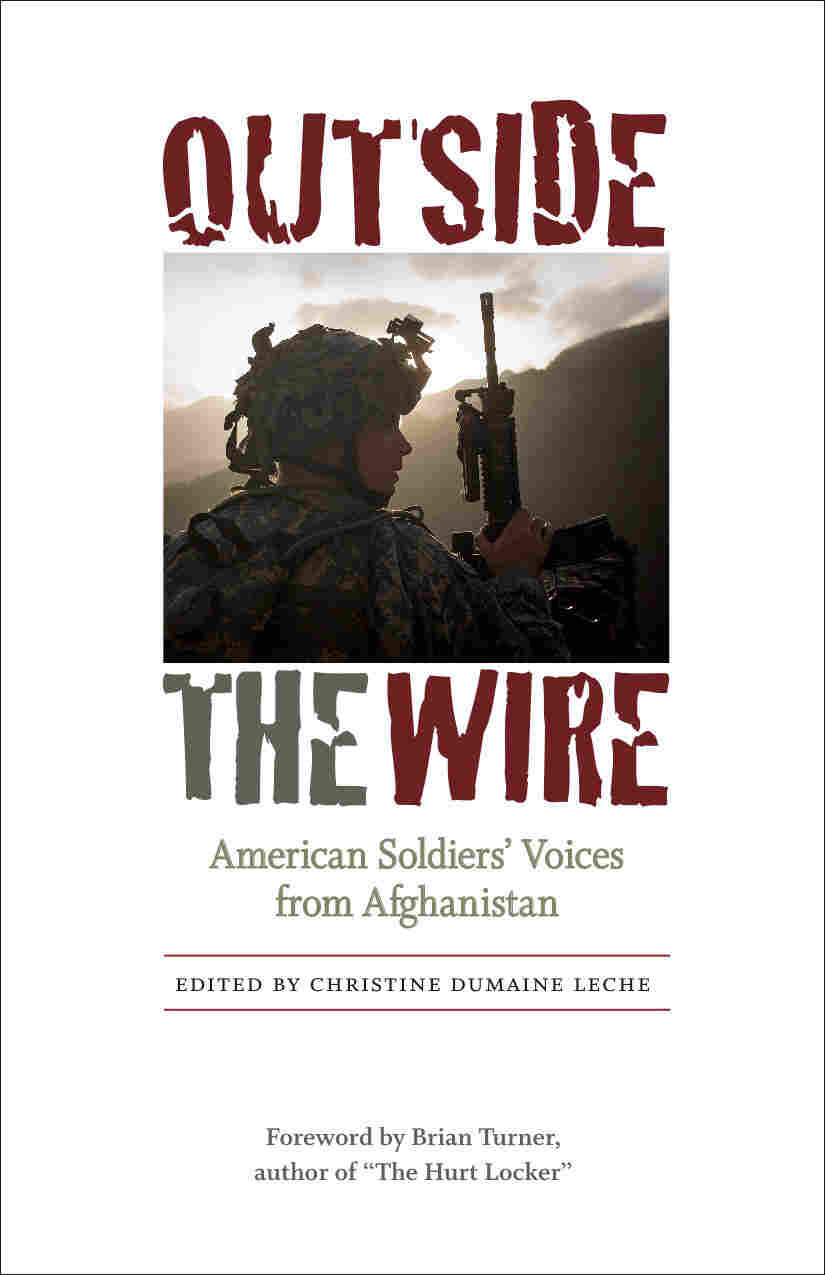 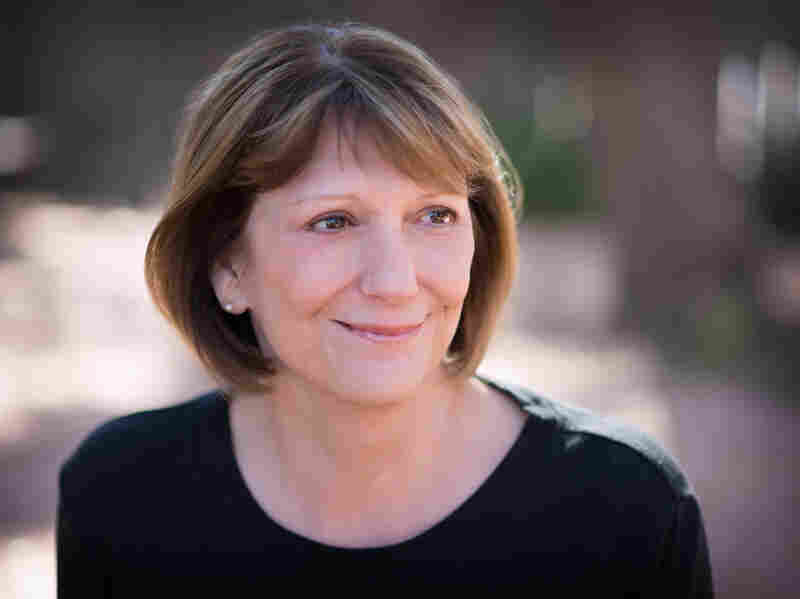 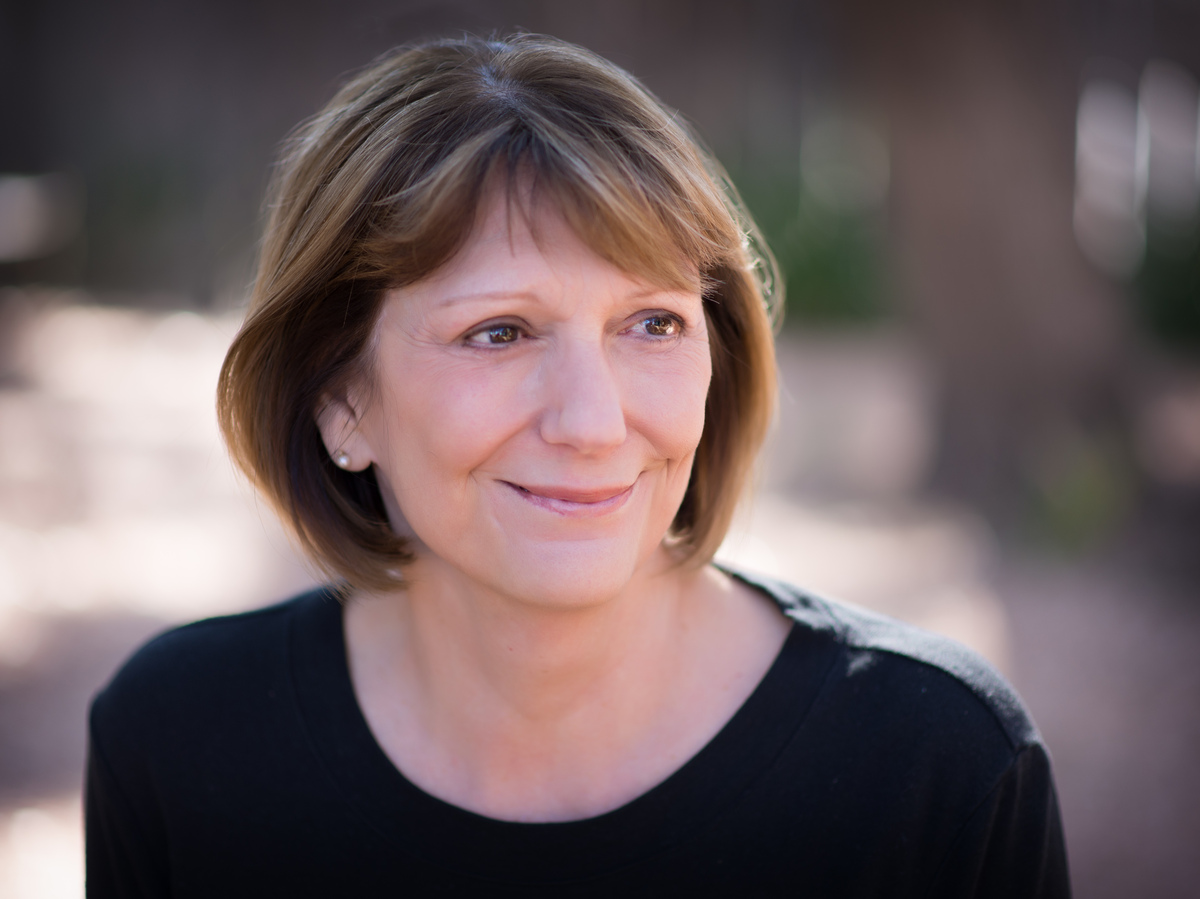 Christine Dumaine Leche has taught active-duty American soldiers on bases throughout Europe as well as in Bosnia and Kosovo.

In some ways, it was like any other writing class: backpacks, books, rough drafts, discussions about literature. But instructor Christine Dumaine Leche and her students weren't sitting in a college classroom or a community center — they were on an air base in Afghanistan and the students usually came to class after long days in a war zone. Leche was teaching them to translate their experiences — the danger, the boredom, the painful separation from their families, the fear and the hatred — into prose.

Out of that classroom came dozens of intimate narratives of life as a soldier, including an essay by Sgt. 1st Class Billy Wallace about a previous deployment to Iraq. It contains this scene of him leaving home for that tour:

The dreaded time had come. Time to walk the family to the truck and say goodbye. My wife, Stefanie, and I walked hand in hand. She was squeezing my hand pretty hard. The walk to the truck seemed like the "green mile." I picked up my two youngest, Devon and Caleb.

"Where are you going, Daddy?" asked Caleb.

"I'm going to Iraq to make it a better place."

Then he plunged his fist, a pretend dagger, into my heart. My oldest, Austin, assured me he would be the man of the house.

Then Caleb piped up again, "Are you going to die in Iraq, Daddy?" Before I could answer he started crying as if he had broken his leg — long, deep guttural screams.

Devon, who has Down syndrome and is a total daddy's boy, said, "Daddy, no die please."

Wallace's essay, as well as 37 other soldiers' narratives, are part of a new book Leche has edited called Outside the Wire: American Soldiers' Voices from Afghanistan. She and Wallace join NPR's Rachel Martin to discuss writing during war, the therapeutic value of Leche's course and how Wallace's essay helped him talk to his family about his experience.

Leche: "Most of my students were on patrol during the day, and they would come to class just ready to go. They looked forward to being outside of that military world, so this was their time. We had terrific discussions about literature. I would have them read, for example, Tim O'Brien's The Things They Carried, and they realized that they were living all the elements of fiction — only this was reality; only they had a lot at stake in the moment."

Wallace: "[The mental shift] was pretty easy because, you know, once we walked into the door, it was like all the fears and the worries and the stuff that we had gone through that day just kind of evaporated for a little bit. And once we got in there, it was like, wow, this is kind of like a burden, you know, lifted off our shoulders."

On the value of writing about wartime experiences

Wallace: "I kind of got a little bit of therapy out of it, to be honest, because part of the writing that is in this book about my Iraq deployment ... was a moment that changed my life forever and, you know, changed a lot of things about my life. And it just — I put it aside and wouldn't talk about it. Didn't talk to anybody, which is what soldiers do. You keep it bottled up inside, which could actually make more of the problems worse. So it was more therapeutic. It allowed me to understand how I could start coping with it and how I could put it into words to where other people could understand it."

I would have them read, for example, Tim O'Brien's 'The Things They Carried,' and they realized that they were living all the elements of fiction — only this was reality ..."

On what the class talked about

Leche: "We talked constantly about how to put experience into words, to re-create that experience on the page. That's an important way of communicating what does happen down range ... in a war zone. But the student soldiers would attend class after 18 hours of guard duty. They would be exhausted, but nevertheless they were ready to open that backpack and pull out their English text. ... After cleaning human remains from medevac helicopters; or after washing bodies in the morgue; after having been raped by a fellow soldier in the camp a week earlier; after watching their wives give birth via Skype; and even after working as a nurse with a surgeon who might be trying to save the lives of two young [Afghan] boys. So everyone in that room brought different experiences with them to camp. But we had that great commonality of being present in this space together, and of taking that raw experience and writing it as story, as narrative to convey the instant and to take that back to people who might not otherwise know what it's like for a soldier when he's deployed to a combat area."

On how the essays have helped after returning home from war

Wallace: "My wife didn't know a whole lot about the attack in Karbala [Iraq], but she knew I was wounded. But after writing it, you know, it allowed me to better, I guess you could say, articulate it to her; to where I could kind of dummy-proof it down for her a little bit to where she doesn't have to know everything but at least it gave me an opportunity to kind of talk to her about it so that she felt that she was part of the loop too."

Read an excerpt of Outside the Wire