Accessibility links
Interview: Neil Irwin, Author Of 'The Alchemists' In a new book, Washington Post economics writer Neil Irwin looks at an elite group of policymakers from around the world who manage the money supply, and explains how money can come from — and disappear into — thin air based on the decisions of these influential men and women. 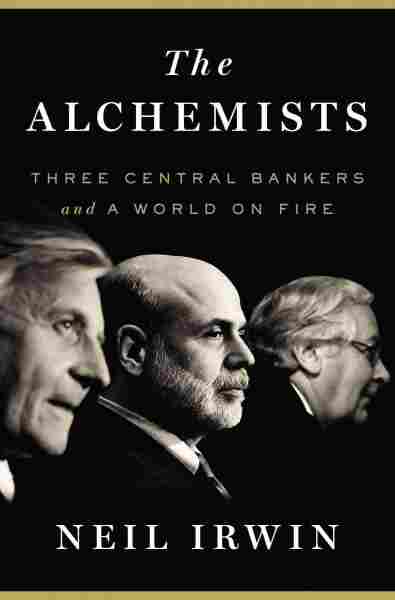 Three Central Bankers and a World on Fire

As the U.S. economy struggles to recover from the financial crash, and Europe is buffeted by a series of banking crises, attention has focused on the presidents and prime ministers who've tried to cope with it all. Journalist Neil Irwin, an economics writer for The Washington Post, says there's an elite group of policymakers who can make enormously important decisions on their own, often deliberating in secret, and in many ways unaccountable to voters. In his new book, The Alchemists, Irwin profiles the central bankers — the men and woman who control the money supply in their national economies.

Irwin compares these bankers to the alchemists of yore. Charlatans, cranks and serious scientists alike once dreamed of turning routine materials into gold or silver. But since the invention of paper money in the 1660s, no such elaborate pseudosciences have been necessary to create money.

"You don't need a crazy potion to create value where there was none," Irwin tells Fresh Air's Dave Davies. "It you have a central banker and you have a printing press and you have the authority of the state imbued in both, you can create money from thin air."

In the U.S., the Federal Reserve Bank pumped hundreds of billions of dollars into the economy in recent years, prompting some in Congress to seek limits on the Fed's power. The Alchemists is both about the efforts of central bankers in recent years to contain crises, but also about the past blunders of central bankers, whose decisions have sometimes had ruinous consequences. Irwin, however, says he thinks they are learning from past mistakes.

On how the regulation of banks has changed over time

"Paper money had its start this time 350 years ago. What's remarkable is that we've learned a lot since then. There's a lot that we've learned about how you can control the banking system, how you can regulate banks, how you can — if you are a central banker — turn the dial of money supply. ...The idea that this is a dial over which people have control and governments have control is something that has only really developed in the last hundred years, as we've moved beyond the Gold Standard and toward this world of fiat money, where one thing you learn the more monetary history you study, is [that] money is an idea, it's not a physical object; it's an idea of, 'What is this value? What is the store value? What is money worth?' Why does money have value? Because people will take it as compensation for other things."

The Fed meets eight times a year to discuss interest rate policy. We only find out exactly what they said at those meetings five years later. We get transcripts; that's not exactly a model of transparency.

On the transparency of the Federal Reserve system

"It's very much the case that we, as a society, have decided ... [that] there are some decisions that's better off being made by technocrats, by experts who can act quietly, who can act behind the scenes, and move quickly, and move on a scale commensurate to the problems. That's not to say it really fits with most of our democratic principles. The Fed meets eight times a year to discuss interest rate policy. We only find out exactly what they said at those meetings five years later. We get transcripts; that's not exactly a model of transparency. It is true that Ben Bernanke goes before Capitol Hill and answers questions over and over, and it's true that if you know how to read their minutes and the different documents they put out, you can glean a lot about what they're up to — but it's very much a secretive institution. So if you're an advocate of transparency and democracy and a free flow of information, it's definitely the case that the Federal Reserve system and other central banks, for that matter, are not really what you want to see." 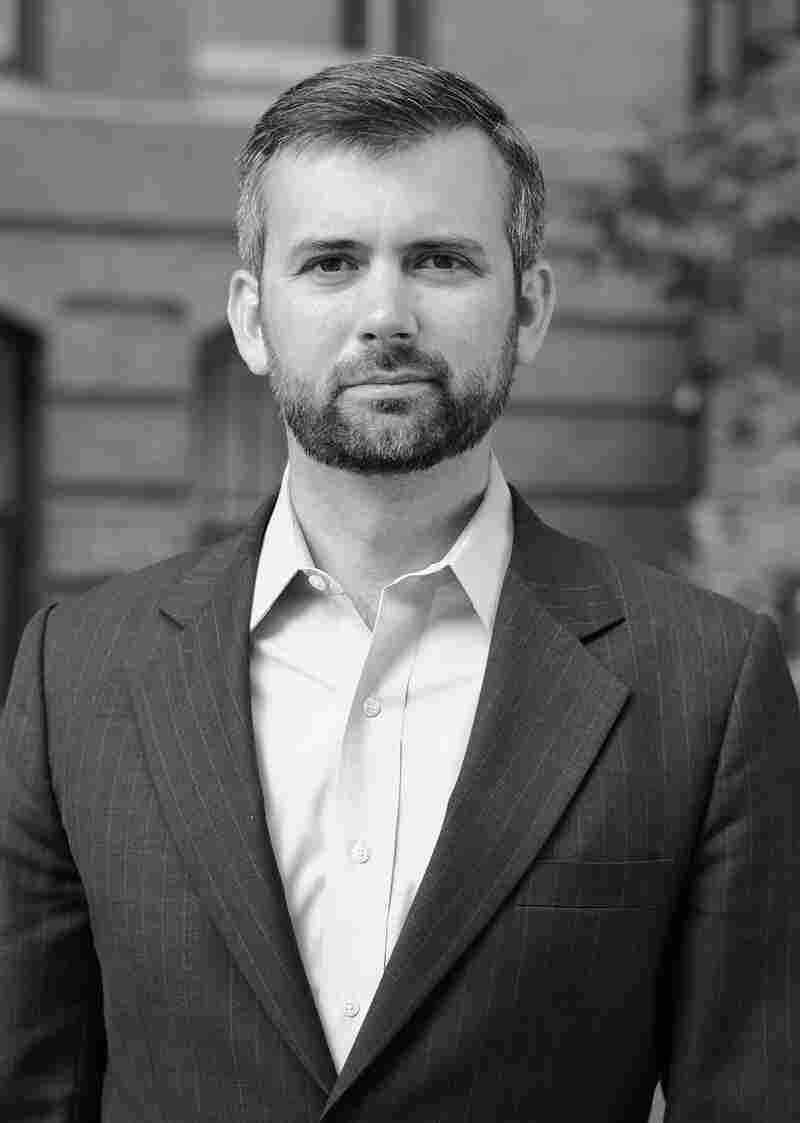 Neil Irwin is a Washington Post columnist and the economics editor of Wonkblog. He reported on the economic crisis, particularly the role of central banking, from 2007-2012. Steve Goldenberg/Penguin Press hide caption 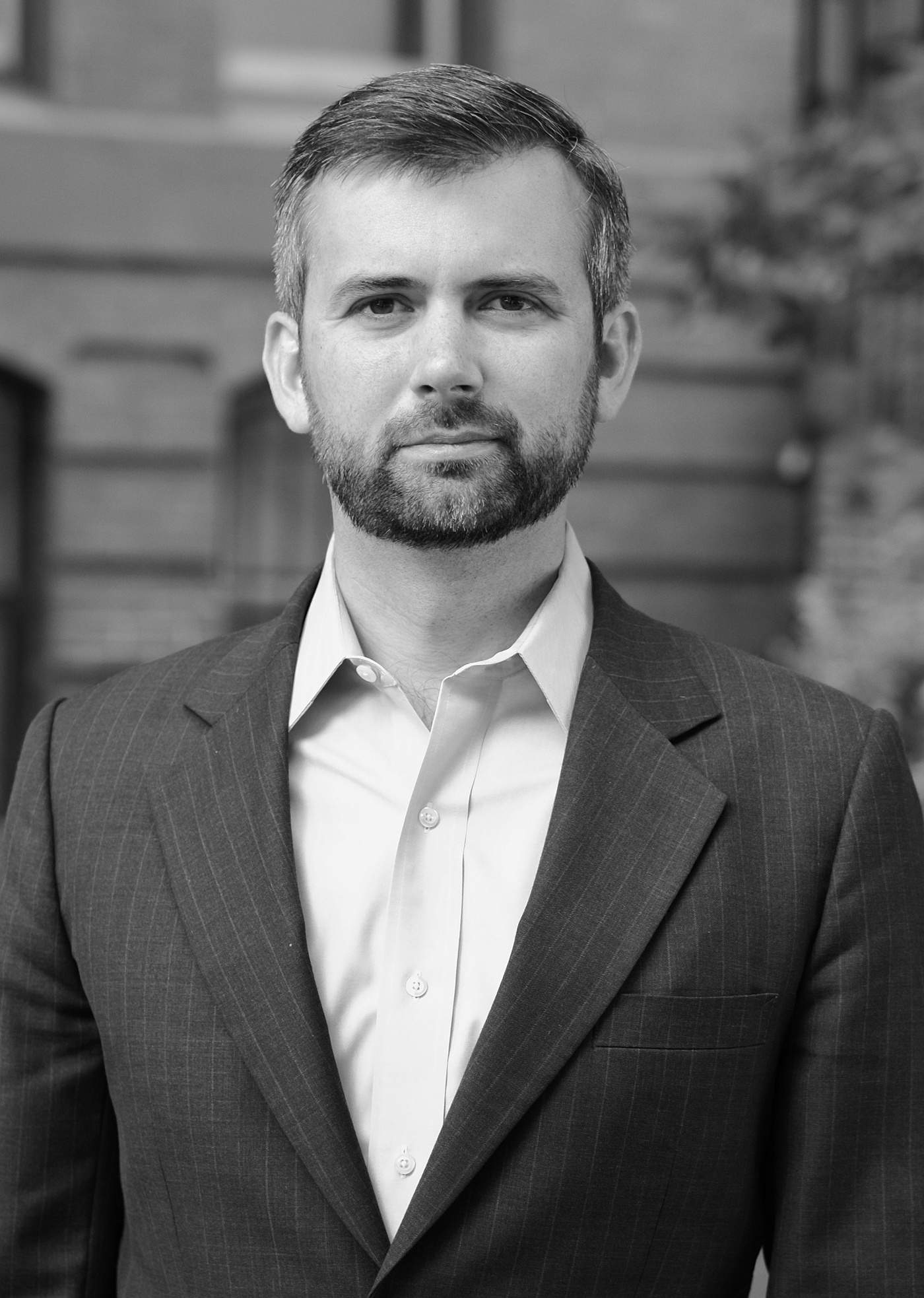 Neil Irwin is a Washington Post columnist and the economics editor of Wonkblog. He reported on the economic crisis, particularly the role of central banking, from 2007-2012.

"Normally what would happen when a country like Greece finds itself unable to pay its debts, is it would experience a run on its currency, and the value of its currency would plummet, and it would default on its debts, and that would be very difficult and very wrenching and not much fun for anybody. But it would also sow the seeds of the next expansion. So if you're Greece, suddenly your currency would depreciate by 50 percent, and that would make you much more competitive as a tourist destination, your exports would be more competitive, and so you would actually have the seeds of the future growth sown by that depreciation. ...

"But instead, what we've had is an economic collapse in Greece — while they're still using the euro — so there's been no depreciation, so they're having to try and do that depreciation by having internal deflation. They're trying to have wages fall rather than it just happens automatically because the currency collapses. So what you have is a combination of a very difficult economic situation in Greece and some of the other European countries without the obvious path forward to get out of it and return to growth."

There was no mechanism for trying to stop those banks from failing. It was kind of accepted, [that] this is a capitalist system. There's no deposit insurance. If your bank makes bad bets and goes under, well, you just lost your savings. Sorry, but that's how it is.

Neil Irwin on the Great Depression

On why the Federal Reserve could have prevented the Great Depression

"This was the ultimate failure of central banks to understand their role, to understand their powers, and to understand how to use them to try to keep mankind on a better course. So what happened — narrowly — is the stock market collapsed, there was a panic through global financial markets, and so, in the United States, there were a wave of bank failures; but there was no mechanism for trying to stop those banks from failing. It was kind of accepted, [that] this is a capitalist system. There's no deposit insurance. If your bank makes bad bets and goes under, well, you just lost your savings. Sorry, but that's how it is. ...

"So as banks fail, suddenly there's less money circulating through the financial system, and when there's less money, prices tend to fall. So what happens is deflation sets in, companies cut jobs so unemployment rises, and this forms a vicious cycle. The worse the economy gets, the more banks fail; the more banks fail, the worse the economy gets. What you want to see happen is [for] the central bank [to] step in and prevent that vicious cycle from setting in. The Federal Reserve didn't have either the capacity or will to do that."

Read an excerpt of The Alchemists