Accessibility links
Iowa Town Braces For New Reality In Factory Closure's Wake Appliance manufacturer Electrolux closed its Webster City, Iowa, plant in 2011. Now, the retraining programs for former workers are wrapping up, and the town of 8,000 is bracing for the true impact of the closure. It's a familiar story for many former manufacturing towns across the Midwest. 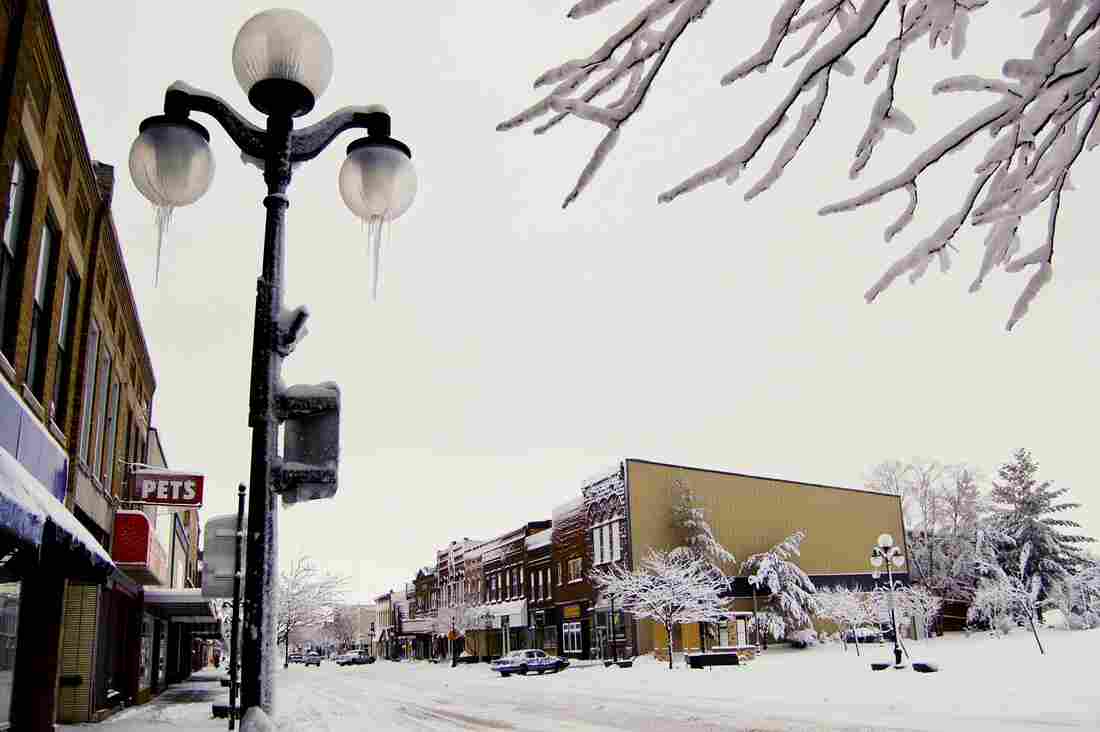 Main Street in Webster City, Iowa, has so far survived the 2011 closure of an Electrolux factory. But retraining funds and unemployment are running out for former workers, leaving businesses worried that a serious downturn is ahead. Andrea Hsu/NPR hide caption 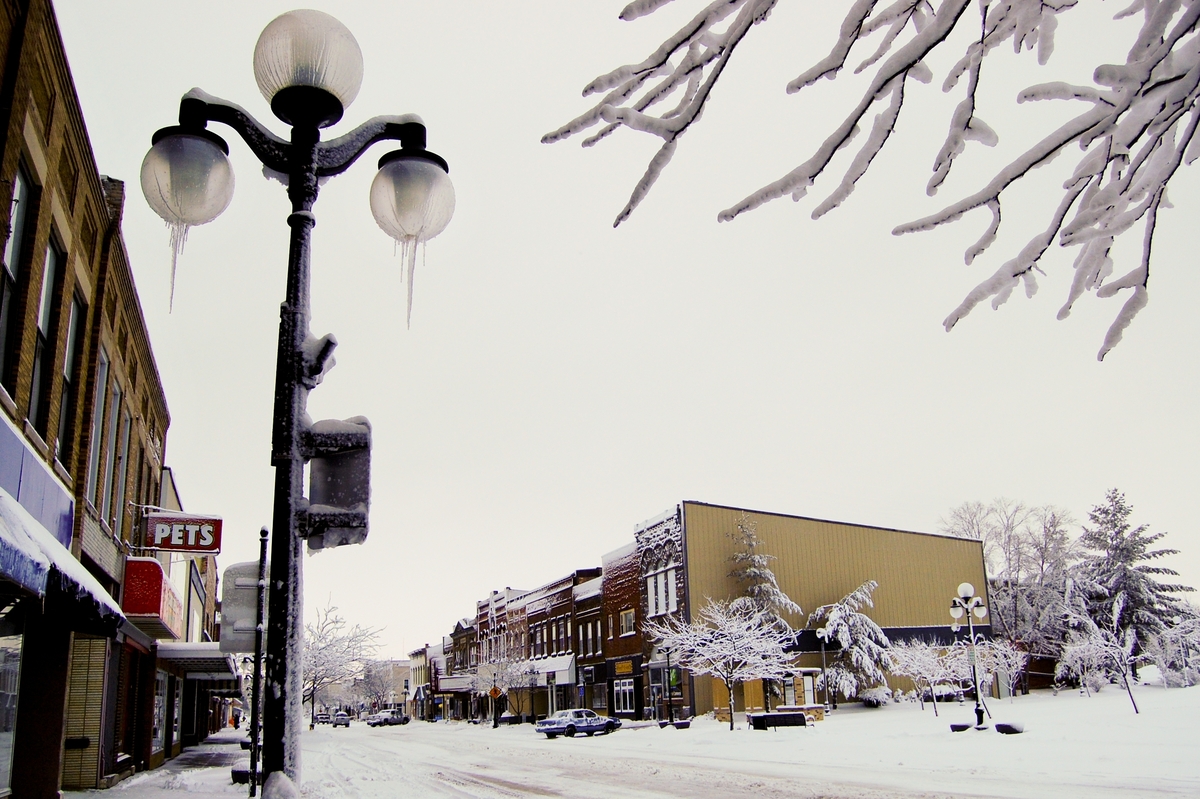 Main Street in Webster City, Iowa, has so far survived the 2011 closure of an Electrolux factory. But retraining funds and unemployment are running out for former workers, leaving businesses worried that a serious downturn is ahead.

What becomes of a city of 8,000 people when its main employer leaves town? What does it look like, and what does it feel like? I set out to answer those questions on a trip to Webster City, Iowa, last month, as part of my report on the Swedish appliance maker Electrolux.

On March 31, 2011, Electrolux shut its washer-dryer plant in Webster City and sent the jobs to Juarez, Mexico. The employees were warned more than a year in advance of the closure, and many used the time to pay off debt and begin thinking about a new career.

Because their jobs had left the country, the laid-off workers qualified for federally funded retraining. A large number enrolled in two-year programs at community colleges and have been living off unemployment benefits as they learn new skills.

Now, two years on, the retraining is wrapping up and Webster City is bracing for the real impact of the plant closure. There's a sense of uncertainty on Main Street.

"When their training is done, there's no jobs. So you have to go where you have a job," says Vicki Olson, owner of the local True Value hardware store.

At C & C American Tap, business is down sharply. Before the plant closed, the bar had three happy hours a day — one for each Electrolux shift. Thursday nights were the busiest, when workers could come in and cash their paychecks.

"It was wall-to-wall people. So busy," says owner Viola Christian. "Them were the days." 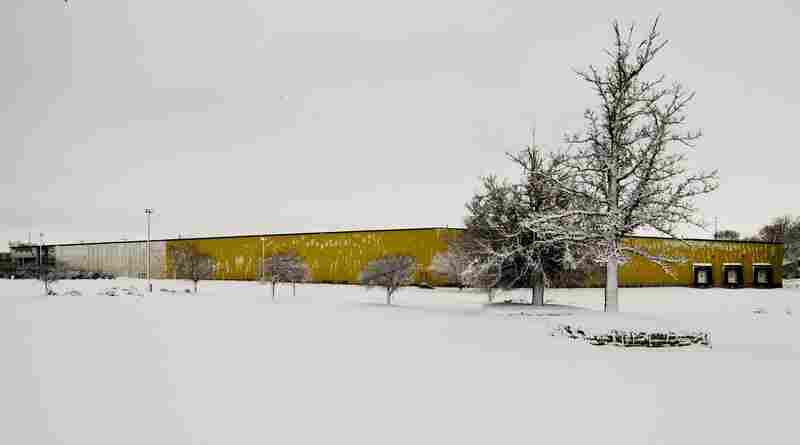 Electrolux's former warehouse and distribution center in Webster City, Iowa, is up for sale. The plant itself, across the street, will soon be demolished. Andrea Hsu/NPR hide caption 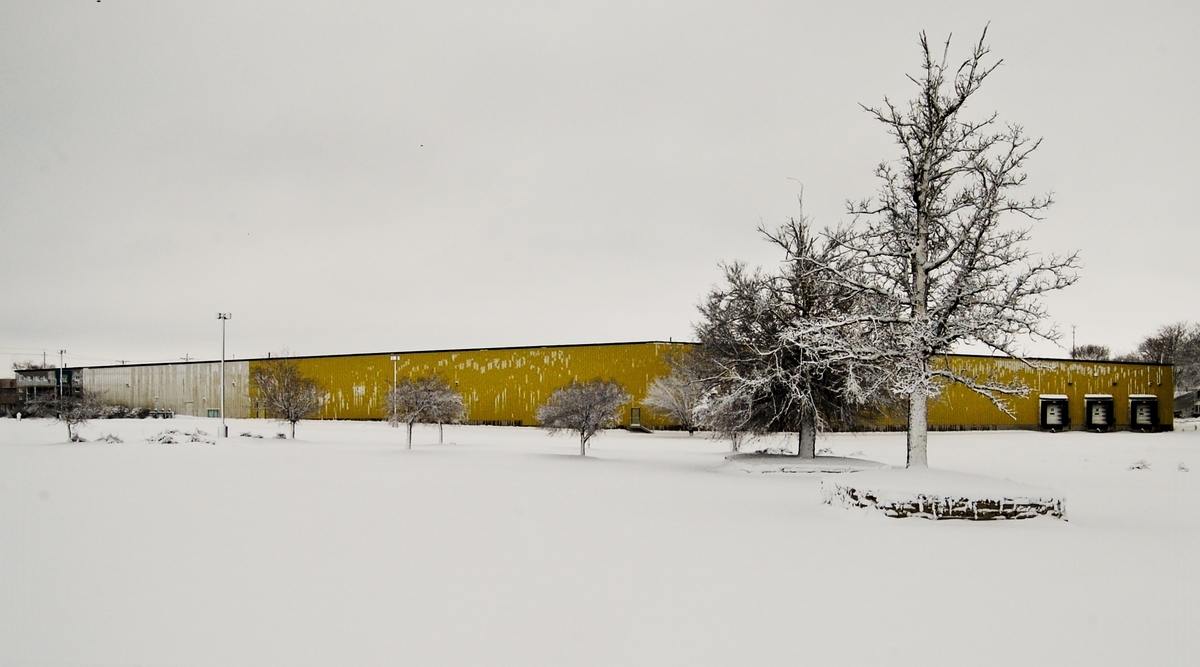 Electrolux's former warehouse and distribution center in Webster City, Iowa, is up for sale. The plant itself, across the street, will soon be demolished.

Sue Erickson's Mane Attraction hair salon, set across from the town's movie theater, is decorated with old movie memorabilia. The salon has been doing OK, but the theater closed down March 7.

Erickson's husband was a tool and die maker at the plant and has retrained as an electrician. She's confident he'll find work but knows it will pay far less than the $23 an hour he was making at Electrolux.

The plant itself is just a couple of blocks from Main Street. It takes up several city blocks and has vast amounts of parking to accommodate the multitudes of workers who used to drive in from out of town. In early March, those parking lots were blanketed in snow, with not even a single footprint marring the landscape.

Soon, the entire plant will be just a fenced-in field. Webster City recently approved Electrolux's demolition permit. Electrolux says it hasn't yet decided what it will do with the land, but city officials expect the company to hold on to it.

David Toyer, Webster City's economic developer, tries to remain upbeat. Electrolux's departure means the city has to diversify its employment base, which everyone believes is a good thing. "We do have an available workforce, a skilled workforce in manufacturing. We also have available land. We have an abundance of available utility infrastructure. We're shovel-ready," he says.

But where to put those shovels?

Since Electrolux left, the city has bid on a handful of new projects that would have created a few hundred jobs each, but success has been elusive. The most promising prospect, an electric car venture, went bankrupt. Now the city is trying to recoup a $790,000 economic development loan for the project.

Toyer is focused on expanding existing businesses while still trying to draw in newcomers. Perhaps the biggest hurdle is the fact that many people have never even heard of Webster City. "Our biggest job, always, will be to get Webster City out there as a known name. That's a daunting task," he says.

Iowa State University economist David Swenson says what's happening in Webster City is a familiar story throughout the Midwest. A major manufacturer relocates elsewhere, taking well-paying jobs along with it. New employers come in, but with fewer jobs and lower wages. The local economy contracts and eventually finds a new equilibrium.

All of the former workers I spoke with in Webster City said they planned to stay there. They own their homes and can't imagine how they would move.

Webster City Mayor Janet Adams knows that things will continue to be hard for some families, but she's also relieved that the Electrolux closure is behind them.

"We'll get through this. Other places have, and we will too," she says.