Accessibility links
Crowdsourcing Creativity At The Cinema The Canon-sponsored Project Imaginat10n used social media to crowdsource images and ideas to produce five short films. It's an idea director Ron Howard says other artists would be foolish to ignore. 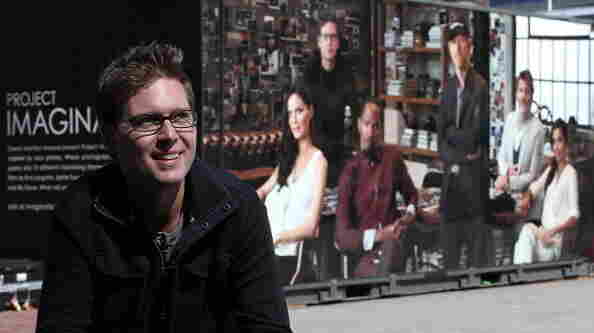 Twitter co-founder Biz Stone is one of five celebrity directors taking part in a Canon-sponsored experiment called Project Imaginat10n. His short film, the inspiration for which was crowdsourced via the Internet and social media, focuses on familial loss and the process of grieving. Justin Sullivan/Getty Images hide caption

These days, if they can't find a producer to fund their latest film, a lot of artists turn to crowdsourcing sites like Kickstarter to raise money for production.

But here's a new twist: a project headed up by director Ron Howard that is crowdsourcing the inspiration.

Directors get a lot of credit for great films. Hitchcock, Goddard, Scorsese, Bigelow — they're auteurs, creative visionaries. On that list, some might also include Howard, who directed such films as Apollo 13, The Da Vinci Code and A Beautiful Mind. And while it may be his name on the Best Director Oscar for that last one, Howard sees his films as the work of many, many creative people.

"Any film that I've ever done, as much as I like to put my stamp on it and take command of it, it's still influenced by so many collaborators," he says — from screenwriters and cinematographers to set and costume designers. 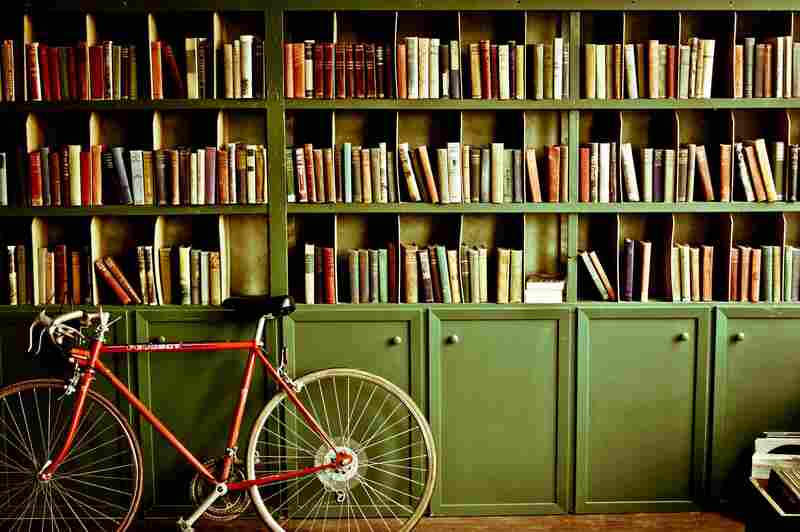 Stone, like all the directors in Project Imaginat10n, was asked to choose 10 crowdsourced images to help shape the tone and structure of his film. This photo was selected under the category Setting; it was titled "Escapes." Alliance-Agency / Canon hide caption 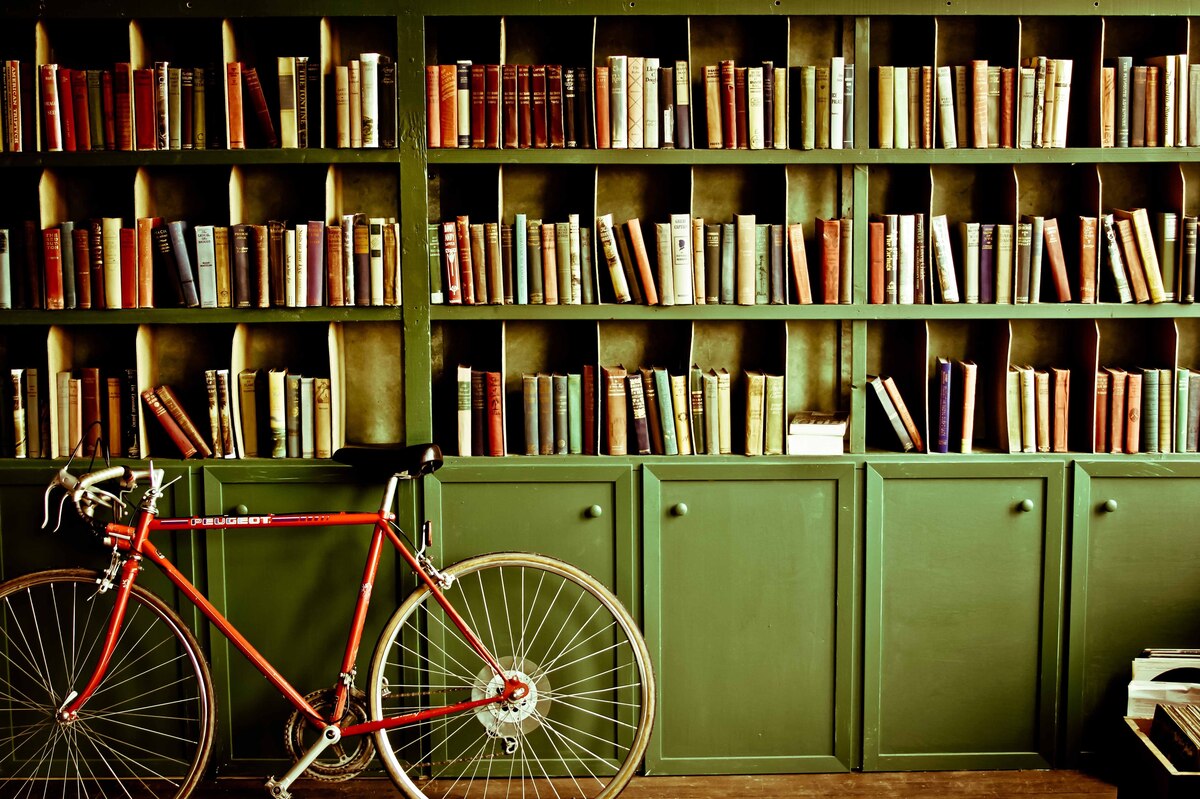 Stone, like all the directors in Project Imaginat10n, was asked to choose 10 crowdsourced images to help shape the tone and structure of his film. This photo was selected under the category Setting; it was titled "Escapes."

Howard says now he also finds ideas on the Internet, doing searches of history sites or watching home videos made in places he has never been.

"People are far more creative than perhaps they give themselves credit for," he says. "And when they're willing to put themselves up front and center and share their creativity, it's stimulating. It's exciting for them, and it can stimulate others and their imagination."

So when Canon, the camera and film-equipment maker, approached Howard about heading up a project that tapped the public for creativity, he said yes. It's called Project Imaginat10n, and the idea was to get people to contribute photos that would be used as the inspiration for five short films.

Howard asked for 10 kinds of photos based on the essential elements of a narrative — things like mood, setting, obstacle, character.

"It was interesting to take those ideas, which are a little on the abstract side, and see how people would apply images to those words," he says.

Howard and his staff got thousands of entries and whittled them down; then a group of five directors narrowed them further. All of the directors were chosen by Howard, and they're first-timers — among them actors Jamie Foxx and Eva Longoria. He also chose Biz Stone, who has a background in art and design but is better known for being the co-founder of Twitter.

Before shooting began, Stone locked himself away with his 10 photos, writing a screenplay that used them as touchpoints; each photo is connected, one way or another, to his film's plot.

Among them are a picture of a sad old man on a bench looking at the ground and a close-up shot of an ant. Stone says he imagined that the man "might be looking at that ant, and empathizing with this ant that just looks lost and meandering and without purpose." 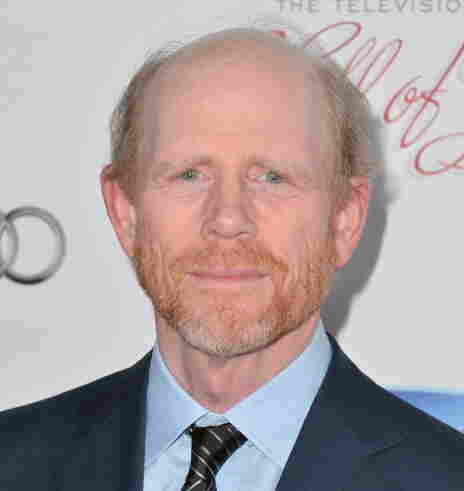 Ron Howard was the lead on Project Imaginat10n; the Oscar-winning director says the process of crowdsourcing inspiration is one more and more artists should look to. Alberto E. Rodriguez/Getty Images hide caption

Stone looked at another photo of a fully dressed woman underwater, and then he imagined the old man was sad because his wife had killed herself by drowning. Those photos, taken by people Stone had never met, inspired a story of a family pulled apart by a suicide.

Stone shot his film on a ranch in Los Angeles, where the novice filmmaker struggled with an excess of windy weather and a shortage of time. Fortunately, he had help from a professional crew — and mentoring from Ron Howard.

Stone says the method he's using to make his film fits in with the ways he hoped social media would change the world. He thinks photo-sharing sites like Flickr and Instagram, for instance, are proving that you don't have to be a professional to be an artist.

"I think there's a lot of things we think are new that have always been happening — and it's just we know about them now," he says.

Stone and other social-media entrepreneurs are a threat, in some ways, to the traditional Hollywood model. Nick Childs, a filmmaker and creative director at the PR and marketing firm Fleishman-Hillard, says audiences are no longer content to sit around waiting for the next movie by their favorite director with their favorite star. He says there's a lot of pressure to involve audiences — but it can go too far.

"Suddenly you're pleasing so many different people, or there's so many pieces trying to be told, that you're not doing the work that a movie needs, which is a discrete viewpoint. [An artist makes] decisions to do this, not that ... not everything for everyone."

Childs has seen a few successful projects, such as one by Academy Award-winning director Kevin Macdonald that pulled together videos taken on one day by different people around the world. The 90-minute documentary Life in a Day has so far rung up nearly 34 million views on YouTube.

Ron Howard says he has been amazed at the creativity being unleased online from everyone from home-repair wizards to young comedians. He thinks Hollywood shouldn't ignore it.

"I think it's an absolute movement, and I think the people who don't embrace it are kind of not paying attention," he says. "Because when you look at the Internet and you look at the democratization of creativity — look what
people are capable of creating!"

The five films overseen by Howard will be shown during a film festival in October. For now, Biz Stone is back in Silicon Valley, where he finds programmers a lot easier to work with than actors — because, he says, they're more predictable.