Accessibility links
After Missteps, Does J.C. Penney Stand Another Chance? After losing many customers through an unsuccessful face-lift attempt by Ron Johnson, J.C. Penney will be led by former CEO Myron Ullman. One analyst says it must "embrace" its customers to recuperate, but others wonder if it can survive. 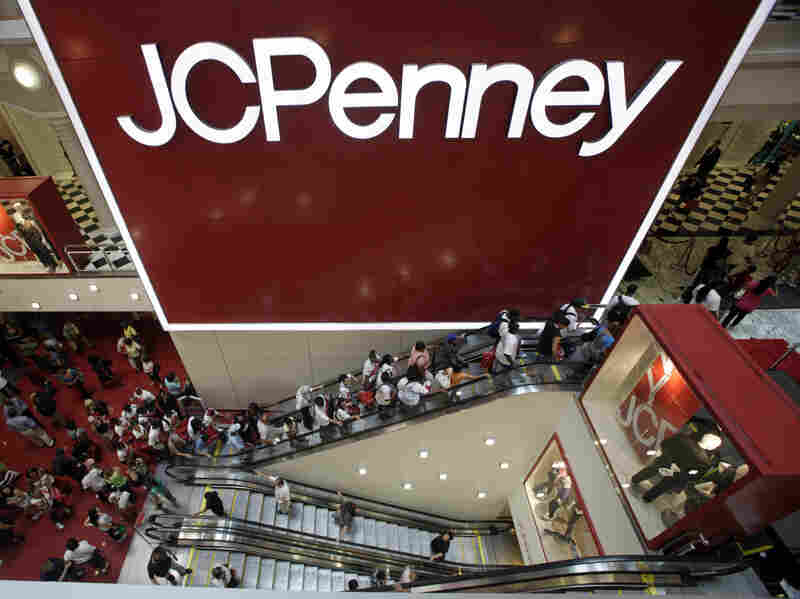 After an unsuccessful face-lift attempt by Ron Johnson, J.C. Penney will be led by former CEO Myron Ullman. Some analysts say this might be it for the retailer; others say it must "embrace" its customers to recuperate. Mary Altaffer/AP hide caption 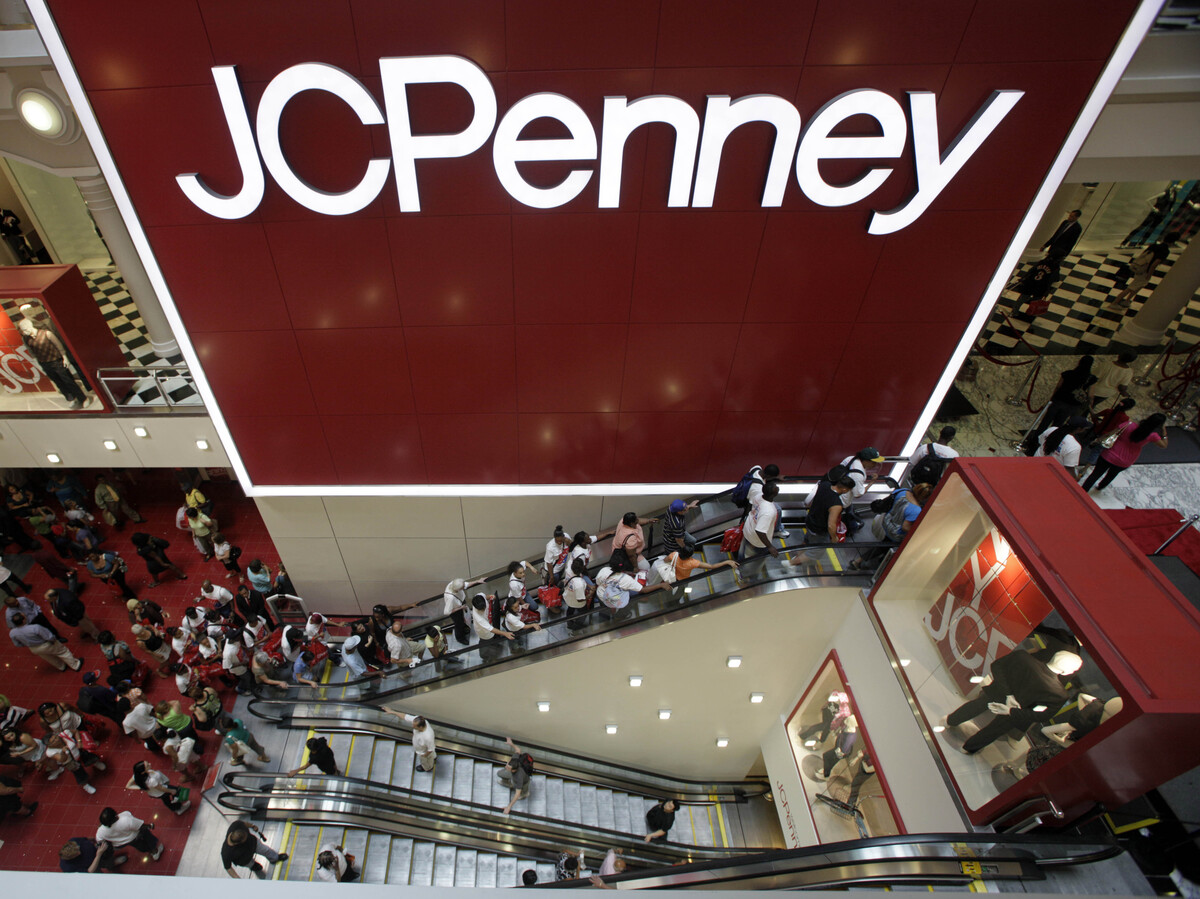 After an unsuccessful face-lift attempt by Ron Johnson, J.C. Penney will be led by former CEO Myron Ullman. Some analysts say this might be it for the retailer; others say it must "embrace" its customers to recuperate.

A year and a half ago, J.C. Penney's then-brand new CEO Ron Johnson undertook what was supposed to be a transformation of the 110-year-old department store. Yesterday, the retailer cut his tenure short.

Now, it's bringing back former Chief Executive Officer Myron Ullman to try to stanch the bleeding.

The fanfare that originally accompanied Johnson seemed well-placed. He previously headed retail for Apple, and before that for Target, both of which had flourished.

Johnson unveiled ambitious plans, including an expensive makeover of the stores, as well as a new pricing scheme.

"We're going to learn that the best days aren't in the rearview mirror, they're right down the road," he said.

Johnson touted his plan as "decluttering" — offering goods at low prices, but getting rid of coupons and complicated discounting regimes. But Marshal Cohen, the chief retail analyst with The NPD Group, says consumers saw it very differently.

"When you offered consumers discounts and now take it away, the first thing the consumer is going to look for is the discount," Cohen says. "And if you don't provide them with a discount, they're going to go somewhere else that does."

And they did — in droves. So did investors. The stock price is half what it was when Johnson took office.

'Right Idea,' But Too Fast

Cohen says many of Johnson's ideas — like restructuring stores around specialty brands — might eventually work in department stores. But J.C. Penney pushed too hard, too fast.

"To change the dynamic at retail is the right idea. It's just, it doesn't happen as quickly from the consumer level as a retail management necessarily would like," Cohen says.

He says now J.C. Penney will have to get very aggressive on prices to win back disaffected customers, and do so by back-to-school season.

Some analysts believe J.C. Penney's goose is already cooked. It's still losing money, it's lost many of its executives, and it's stuck midway through a failing turnaround plan. Plus, the retailer faces mounting competition from online retailers and other discount operations like Kohl's, T.J. Maxx and others that have capitalized on J.C. Penney's stumbles. Perhaps, analysts say, J.C. Penney is better off selling its assets.

Getting Back To Its Roots

Alex Fuhrman, a Piper Jaffray analyst, says he doesn't think so. He says J.C. Penney made a critical mistake by rolling out a sweeping pricing change before testing it on a small scale at some of its stores.

"The richness of data that's available to some of these retailers is really incredible," Fuhrman says. "And for retailers to not take advantage of that, it's something you're not going to see as much of going forward."

But, he says, J.C. Penney has enough cash and enough historic brand recognition that it can still stand alone.

"They need to embrace who their customer really is and go after that," Fuhrman says.

The return of previous CEO Ullman indicates J.C. Penney's board is less focused on a dramatic revamp, and more interested in just getting it back to financial stability.