Accessibility links
Will You Be Chained To A Smaller Check In Retirement? Many economists would applaud a change in the way Social Security administrators measure inflation. But many older Americans may hiss at using something called the "chained CPI," fearing a new formula will cut their benefits in coming years.

Will You Be Chained To A Smaller Check In Retirement?

Will You Be Chained To A Smaller Check In Retirement? 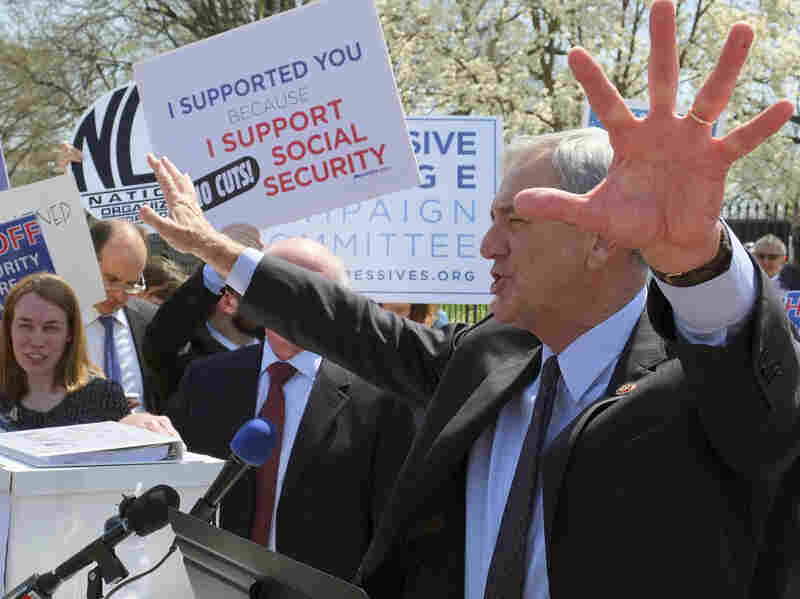 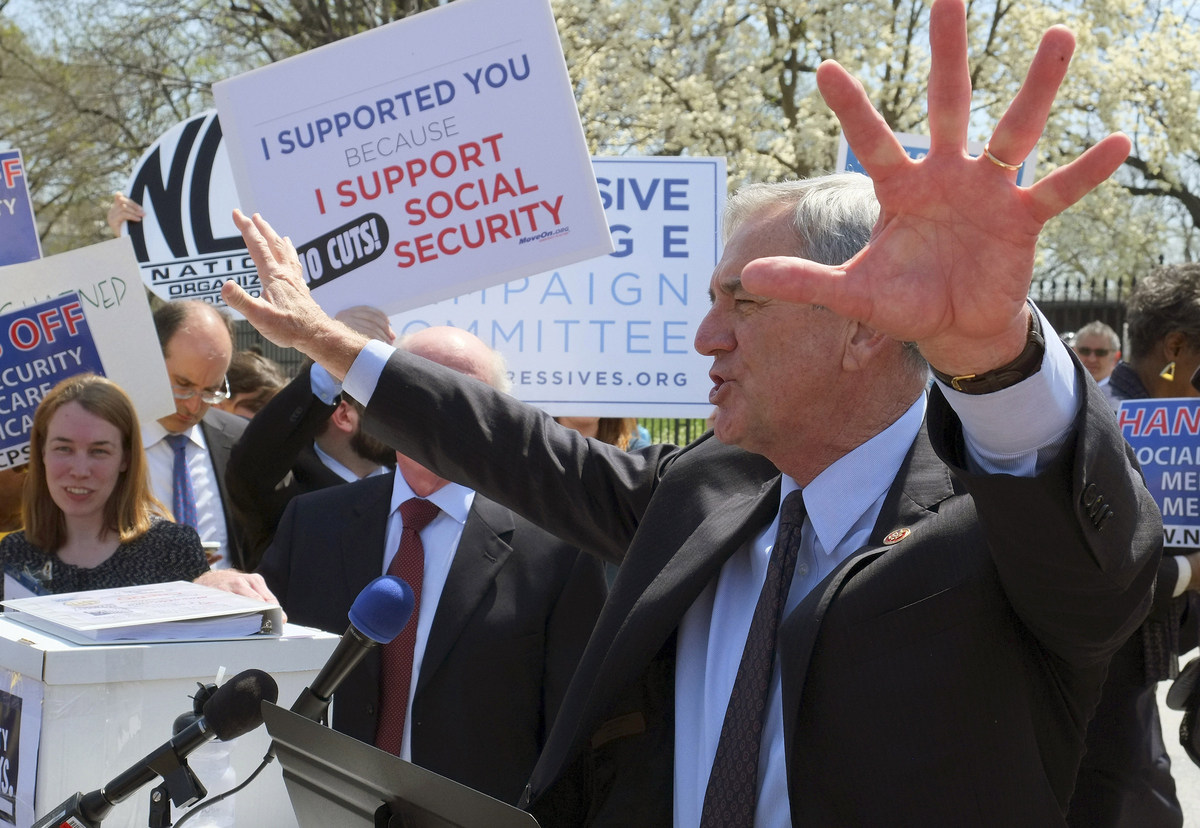 Opponents of President Obama's expected proposed changes to Social Security rallied at the White House on Tuesday. Among them were lawmakers like Minnesota Democratic Rep. Rick Nolan.

When President Obama on Wednesday unveils his blueprint for the government's 2014 budget, he'll offer lots of ideas for changes in taxes and spending.

But the proposal likely to grab the most attention will be the one dealing with cost-of-living adjustments for Social Security recipients. Many economists would applaud a change in the way Social Security officials measure inflation, but many older Americans may hiss, fearing a new formula will cut their benefits.

If Congress were to approve it, the change would directly affect the wallets of current — as well as future — recipients of Social Security.

So what is this different formula? Here are some answers about the politically charged proposal that would affect nearly all Americans who are — or plan to be — retired.

How does the Social Security Administration calculate inflation now?

Government officials know that rising consumer prices can erode the buying power of Social Security checks. So each year, they consider whether to provide a cost-of-living adjustment to keep incomes in line with consumer prices.

Their annual decision is based on any changes in prices, as measured by the Consumer Price Index for Urban Wage Earners and Clerical Workers, prepared by the federal Bureau of Labor Statistics. As this year began, the nearly 62 million Americans receiving Social Security and Supplemental Security Income benefits saw their checks go up by 1.7 percent to keep pace with the rise in the CPI.

Is the CPI a good measure of inflation?

Many economists say the CPI is not a good way to measure what people actually are spending at the store because it doesn't take into account the common-sense decisions routinely made by shoppers.

For example, if the price of blueberries were to go up, you might not buy them. Instead, you'll pick up the strawberries that are on sale. When the price of beef is high, you'll get the pork roast. The thing that matters to your budget is the total cost you pay for all of your groceries when you get to the checkout register, not what any one item costs separately.

So how would the White House change the measure for determining any cost-of-living adjustments?

Assuming that Obama does what political pundits predict, he will propose that Social Security administrators start using a different inflation measure, known as the "chained CPI." The Bureau of Labor Statistics invented this measure in 2002 to reflect how people react to price increases by using substitution, such as switching from expensive beef to cheaper pork.

What would it mean for Social Security recipients if the administration were to use the chained CPI measure to calculate benefits?

Economists say it would restrain the growth in cost-of-living-adjustments. At first, the changes would seem small because the chained CPI is usually only about a 0.25 percentage point lower than the CPI. In other words, if the CPI were to rise 2 percent, the chained CPI would show a 1.75 percent increase.

But the trimmed growth in benefits would compound over time and save the government a lot of money over coming years. In fact, the change would save Social Security nearly $130 billion in just the first decade, the Obama administration estimates.

Of course, if the government were to start putting smaller raises into Social Security checks, then recipients would be getting less money in their pockets. "It's much more than a technical fix; it is a reduction in benefits," Max Richtman, president of the National Committee to Preserve Social Security and Medicare, told NPR.

So why would Obama support this change? Don't Democrats always go to the mat to protect Social Security?

Typically, Democrats vigorously defend the existing structure for Social Security, and a number of them are strongly opposed to switching to the chained CPI.

But many lawmakers — both Democrats and Republicans — are worried that the coming waves of retiring baby boomers will put too great of a financial strain on the system that supports retirees. They are looking for ways to reduce the cost of Social Security without radically restructuring the popular program.

And Obama has said he wants to reduce federal deficit spending by nearly $2 trillion over the coming decade.

White House spokesman Jay Carney has told reporters that to achieve that fiscal goal, Obama would include the inflation-calculation change in his budget — but only if that concession were paired with higher tax revenues, particularly for the wealthy. And Obama wants special protections written into the law for the oldest and poorest seniors.

"It's not the president's ideal approach, but it is a serious compromise proposition that demonstrates that he wants to get things done" in terms of reaching a compromise with deficit hawks, Carney said.

Obama's new budget, which is subject to congressional debate and approval, would take effect Oct. 1, the start of the new fiscal year.

Would the chained CPI measure only be used to cut benefits?

No, it could be used to boost revenues as well. That's because many parts of the federal tax code, such as tax brackets and standard deductions, are adjusted annually for inflation, based on the CPI reading. But the White House wants to use the alternative benchmark. Using the chained CPI when setting the tax code would raise an additional $124 billion of tax revenue through 2023, according to the Congressional Budget Office.

Obama Riles His Own Party With Social Security Offer