Accessibility links
Debt And The Modern Parent Of College Kids How should boomers plan to pay for school when, on average, students graduate from college in the U.S. with $25,000 in debt? Ron Lieber, who writes about personal finance for The New York Times, tells Morning Edition's David Greene about planning strategies and pitfalls to avoid. 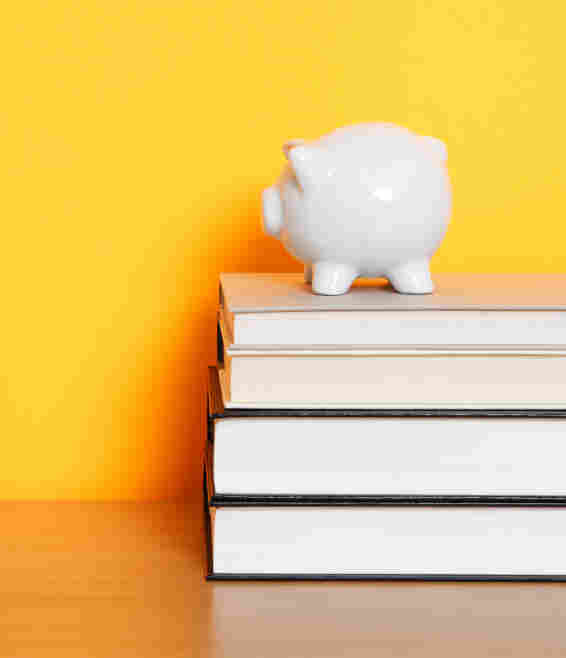 How will you pay for your kids' college? iStockphoto.com hide caption 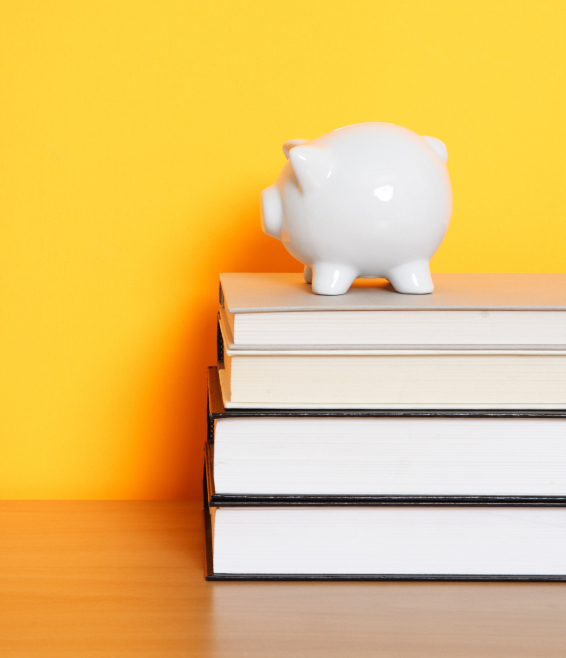 How will you pay for your kids' college?

It's college touring season, and many parents are on the road with their teenagers, driving from school to school and thinking about the college application — and financial aid — process that looms ahead.

Many baby boomers have already been through this stage with their kids, but because the generation spans about 20 years, others still have kids at home. So how should boomers plan to pay for school when, on average, students graduate from college in the U.S. with $25,000 in debt?

Think about college costs in chunks.

"It's something I picked up from Kevin McKinley, who runs a financial planning practice in Wisconsin. His basic insight is that you should divide it in chunks. He was thinking about the $60,000/all-in four-year cost. He basically looked at it like this: Think about saving $20,000 before the kid starts, which is a reasonably easy thing to do if you do it over 18 years. Then spend $20,000 out of your current earnings during the time that your child is in college. It might mean some sacrifices — some very careful budgeting, a lot of rice and beans on the table — but it's doable. And then borrow $20,000. When you start to divide it into chunks, it starts to seem at least within the realm of the possible."

Your kid has been admitted to an expensive private school? Time to get real.

Not touring colleges quite yet? Figure out how much school will cost when it's your child's time.

"You have to begin by having a truly honest conversation with yourself about the emotional framework for this decision because that's where all big-money decisions start. First, there's this feeling of 'Can I or should I say no to my child who wants to go to a $60,000-a-year school when they've already gotten admission to the flagship public university in our state that only costs $20,000?' And then there's the question of 'Is it worth it? What am I getting for the extra $40,000 and would we be able to pay our own debt back if we were to support the dream of our child?' These are all deeply emotional decisions, and you have to begin by acknowledging that it's feelings that are on the table first before you look at the hard science of the numbers."

Is there a hard line to draw for taking on debt?

"For kids, I just think it's unwise to take on any debt beyond whatever the federal student loan limits are. They're generally just above $30,000. There's a new system in place that allows you to pay back your federal student loans purely on the basis of how much income you have after you finish school. So that keeps students from getting too far into the hole. If they take on an additional set of loans, the payback mechanisms and sort-of bailout provisions are much less flexible.

"For the parents, it's much more complicated: How old are the parents? How much money do they already have saved in retirement? Do you have the ability to earn income if you deplete your assets or don't save as much for retirement because you're paying $60,000 a year instead of $20,000 a year? This is where you have to start to get deep into the weeds, but it's a complicated set of choices."

"Last year we did a series of stories about student debt and all of the consequences of taking too much on and I ran across more than a handful of cases where it wasn't the students who were in bankruptcy court, it was the parents ... or sometimes a grandparent or an aunt or an uncle who had signed on as a co-signer to a student loan. And then they got into a situation where they lost their job at age 58 or 62 or they ran into a terrible medical problem and had a ton of expenses and all of a sudden this debt was no longer affordable and they had to go to court and basically beg a federal judge for a discharge, which is very, very difficult to get in a student loan case.

"You have to admire the sacrifices that people are willing to take on and they think they know what the future holds but sometimes they don't, and so it's really important to think hard about what the worst-case scenario might be and what it is you're going to do to avoid it."