Accessibility links
Do Physical Compliments Have A Place In Politics? President Obama apologized for his recent declaration that California Attorney General Kamala Harris is 'by far, the best looking attorney general in the country.' But was the compliment out of bounds, or was it the reaction that went over the top? Host Michel Martin shares her thoughts in her regular 'Can I Just Tell You' essay. 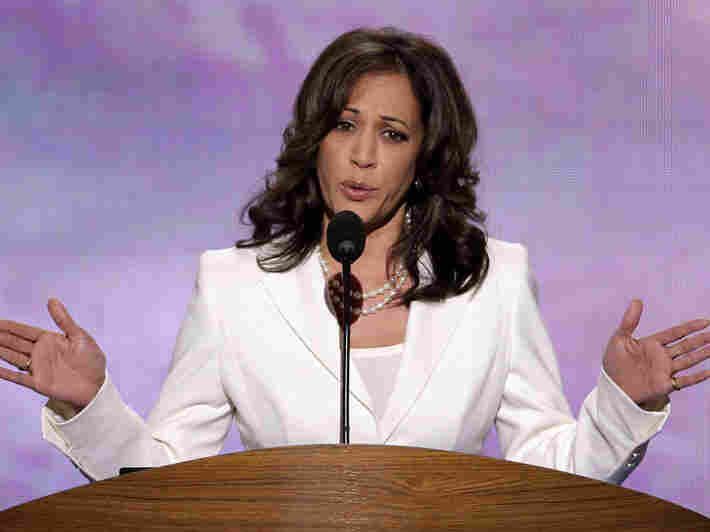 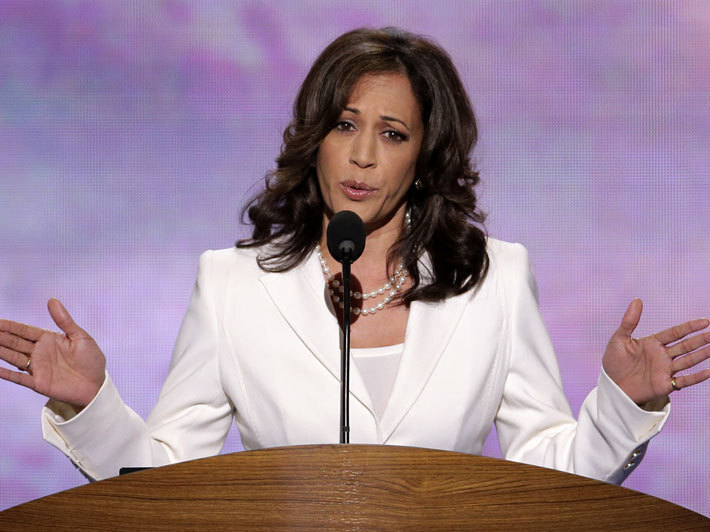 Do you mind if I say this? You look great. The hair is on point. I love the way that shirt goes with that sweater. And, no, that's not the only thing I care about about you. But, yes, I do appreciate a good looking....whoever you are. And now that I think about it, whoever you are, it would be great if we could all just admit that that how you feel about what I just said well, it depends. It depends on who you are, what you do and, yes, how badly you need or want that compliment.

Of course I am talking about the controversy, kerfuffle, whatever you want to call it about that fundraiser in California recently where President Obama praised California's Attorney General Kamala Harris as "brilliant, dedicated and tough" but then he also went on to say that "she happens to be, by far, the best looking Attorney General in the country."

Well unless you lost your smart phone, you know what happened next. How could you miss it? It was the explosion heard around social media world. From the critics: See! What a sexist pig! The White House is a boy's club. That's why doesn't he get it.

And then there was the criticism of those critics: See! that's what's wrong with feminists, they just want to suck the joy out of life. No sense of humor. Oh, by the way, she is good looking. What's so terrible? What's your problem?

Can I Just Tell You? This seems to me one of those rare cases where just about everybody is right...about something. Here's where the President's critics are right: talking about a woman's appearance in politics does matter. There's actually some data to support this. The Democratic pollster Celinda Lake has just published two new surveys that suggest that comments about a woman candidate's appearance — positive OR negative — undermine her standing with voters. They affect whether voters see her as qualified and effective. You can see why that would matter in a close race. And that's why advocates for more women in politics get so annoyed when someone who is supposed to be an ally gets it wrong.

But here's where the critics of the critics have it right. Nothing is simple when it comes to Barack Obama and the weird cultural dynamics of now. For a lot of black men like Uptown magazine blogger Charles Ellison, the backlash is yet more "old fashioned fear of Black Man carefully marinated into a broad attempt at making him completely powerless, even if means surgical snips at any hint of masculine self."

If that's a stretch, how come I don't remember anybody criticizing George W. Bush for not inviting any women to go ride dirt bikes on his ranch, like they did Barack Obama when he didn't invite women to play basketball or golf?

For a lot of black women like Keli Goff, who blogs at The Root, this is yet another diversion from issues they care about a lot more, but that never get this much air time. If you think that's a stretch, how come we hear more about New York Mayor's Michael Bloomberg's proposed 'Big Gulp' ban than we do about the alleged racial profiling by the city's police that's caused some black teens in NY to exhibit signs of PTSD?

And Keli didn't say this, but I will. Black women in this country are not exactly overburdened by tributes to their beauty. Unless they look like Halle Berry. And even then that beauty is perilous. Is it any wonder that Berry won her Oscar for a movie in which she has sex with a character played by the decidedly unlovely Billy Bob Thornton. And the next year, she was actually groped on stage by the similarly unlovely Adrian Brody when he collected his Oscar? I may have missed it, but where was the feminist outrage then?

In that context, you can see why the President might feel it was not only okay, but a good thing to give an accomplished woman of color some brotherly love for being not just tough and strong --black women are always allowed to be that, aren't they? — but also beautiful. And in that context — since she is, after all, a politician just like he is, who might actually want his job some day — you can see why he apologized.

It's just too bad the blogosphere has become so much better at venting than listening. It would be nice to be able to talk about how we all want respect, admiration, appreciation, and to be desired. But not in equal measure, and not all at the same time from the same people.

Now that would be a beautiful thing. But, no, let's just be mad at each other. Good looking, but mad.