Accessibility links
Movie Review - 'Antiviral' - Brandon Cronenberg's Dystopia Is All Sick Style, Slack Story Brandon Cronenberg's debut feature imagines a future where celebrity diseases are expensive addictions for their fans. It's glossy and gruesome — but there's not a lot under its shiny, carefully composed surfaces. 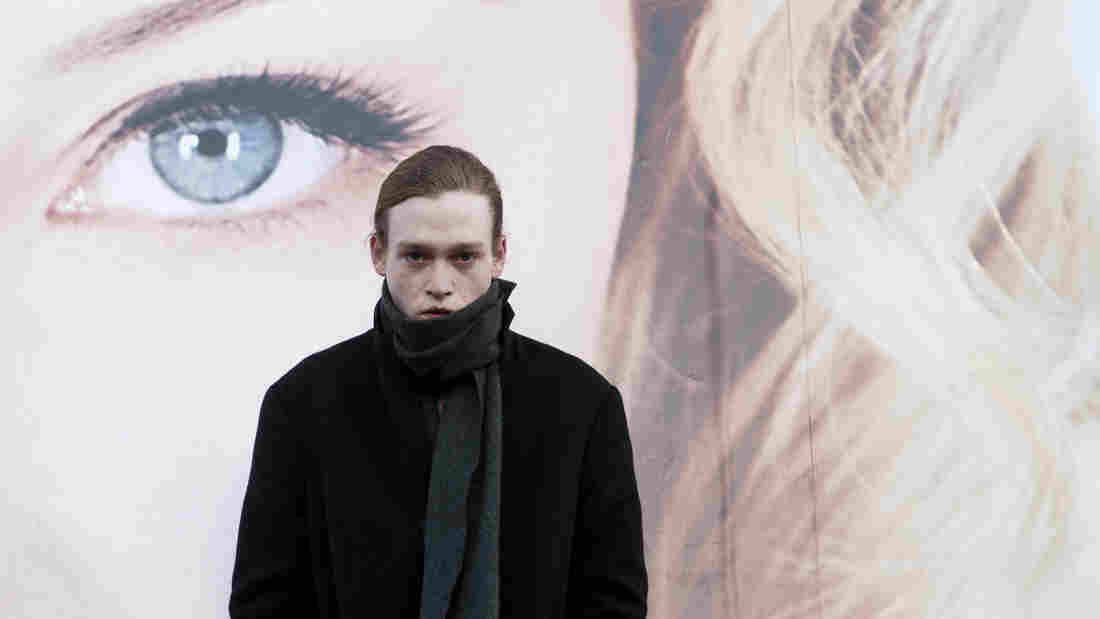 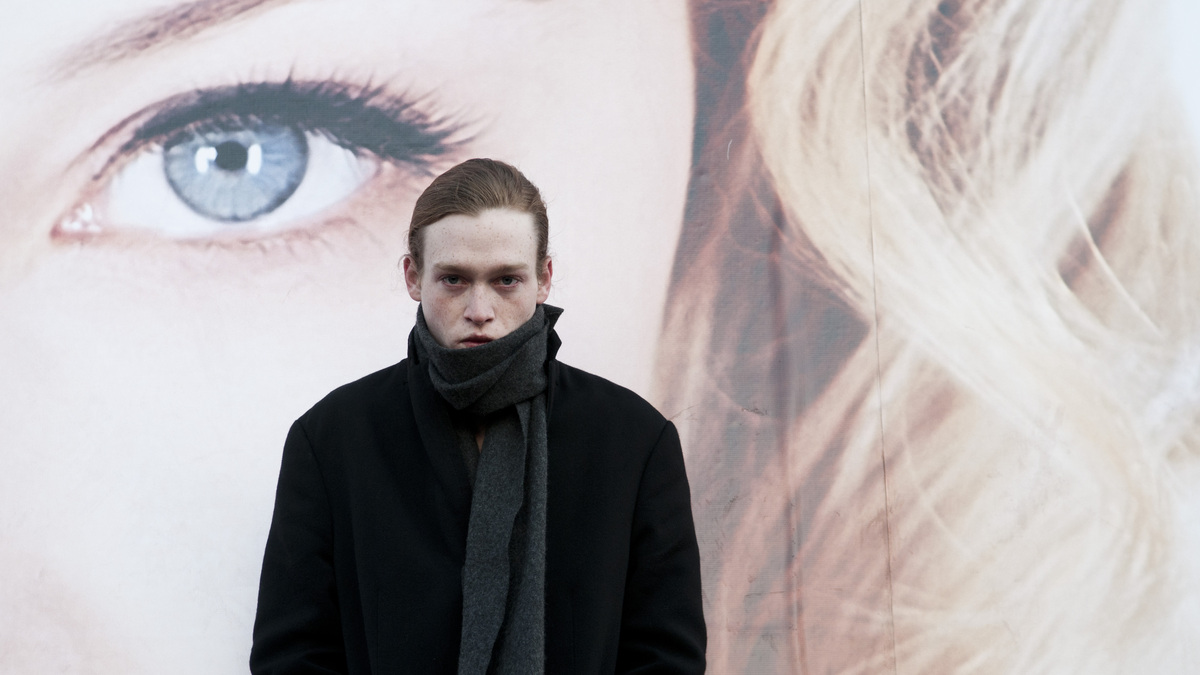 A young employee at a clinic that transfers celebrity diseases to eager fans, Syd (Caleb Landry Jones) contracts a deadly superbug from his company's spokesmodel.

Not rated; some intense images of gore, medical procedures and sexual situations

Have mercy on any famous filmmaker's son who hopes to follow in his father's footsteps. The comparisons will be inevitable.

How can fils possibly live up to pere? Maybe it's not such a problem if dad is, say, churn-'em-out schlockmeister Uwe Boll. But do you really want to smear the name of Pops Cronenberg by turning out a pile of junk?

With his debut picture, Antiviral, Brandon Cronenberg, son of David, has made a movie that's decidedly, resolutely unjunky — and more's the pity. This is a sleek, willfully elegant exercise, high on style even if it's conspicuously low on ideas.

The picture takes place in a future world where people pay good money to allow themselves to be injected with the same little bugs and viruses contracted by celebrities; it's just one way for them to get closer to the shallow, pretty public figures they idolize. The point, clearly, is that this is where we're headed if we don't kick our celebrity-worship habit, and it's one Cronenberg makes again and again, as if once weren't enough.

Syd March (Caleb Landry Jones) works in a clinic that administers these injections to eager customers. Little do his bosses know, though, that he's monkeying around with the company's virus recipes on the side; this is big business, and these special formulas are all copyright-protected.

He's also obsessed with superstar-for-no-reason Hannah Geist (Sarah Gadon), the stunning blond vixen who's the "face" of the company — the way, say, Jennifer Lawrence is the face of Dior — and he freely injects himself with the various little buggers that have coursed through her body.

Something goes wrong, of course, and Syd finds himself in danger, sickened to the point where blood flows freely from his mouth and weird protuberances grow from his back. He also finds himself on the wrong side of a bad-news butcher — played by Joe Pingue — who sells celebrity meat by day and trades in illegal pathogens by night. 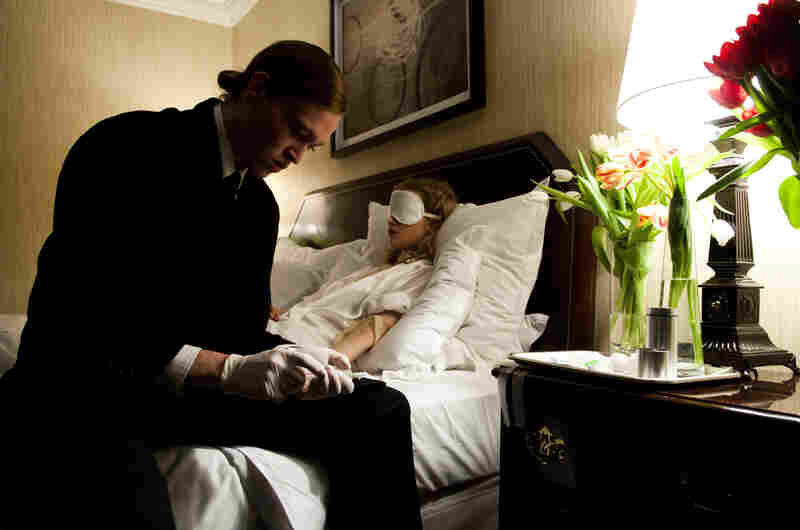 Syd is obsessed with famous-for-no-reason Hannah Geist (Sarah Gadon), and fools around with her fatal disease as it slowly eats away at her body. Sundance Selects hide caption 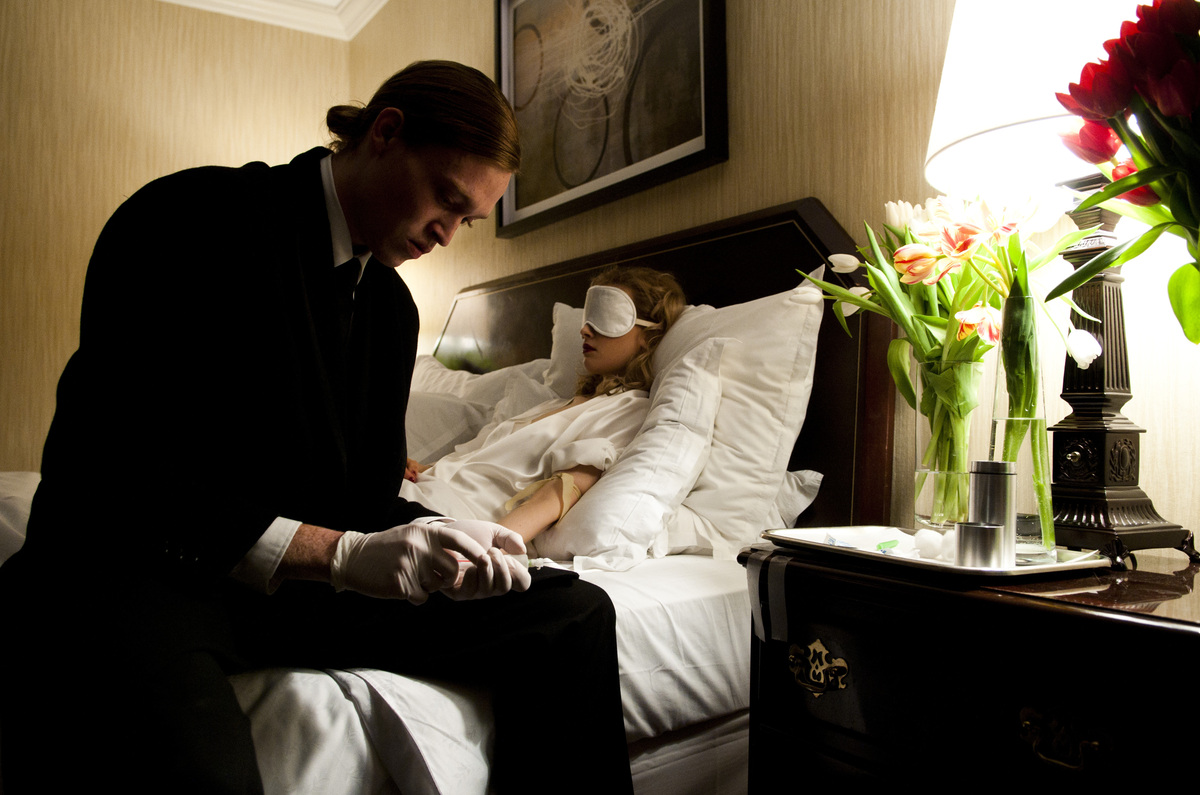 Syd is obsessed with famous-for-no-reason Hannah Geist (Sarah Gadon), and fools around with her fatal disease as it slowly eats away at her body.

Malcolm McDowell also slips into the proceedings now and again to deliver some highfalutin dialogue with great Shakespearean gusto. Cronenberg, who also wrote the script, can't resist ersatz Orwellisms like, "Celebrities are not people; they're group hallucinations."

In other words, his ideas aren't nearly as well-sculpted as his visuals are. He opens the movie with a stunning shot, showing pale, weedy Syd crouching near the corner of a giant billboard likeness of his beloved Hannah, a thermometer dangling from his mouth. It's a great image — so great that he can't resist repeating it — and before long, the aggressive sleekness of Antiviral becomes its own kind of ennui.

As Syd, Jones — who played Banshee in X-Men: First Class — is an arresting presence, a gangly redhead who's one part Jared Harris, one part Crispin Glover. But he becomes downright somnambulant as the movie wears on. It's too bad Syd doesn't feel well, but does he have to spread his feel-bad germs all over us? (Jones is much better as an Irish busboy, sick with love for vampire Saoirse Ronan, in Neil Jordan's upcoming Byzantium.)

Cronenberg is fascinated by the kind of body-horror gross-outs his father perfected back in the days of The Fly. And he's not bad at them — for a debut filmmaker, he shows a remarkable amount of confidence.

The squeamish should be prepared for many tight close-ups of needles piercing skin, assorted shots of icky skin lesions, tableaus of rotting celebrity meat covered with pustules, and visions of moist, milky-pink tissue samples. Which means that if you're into the dinner-and-a-movie thing, you might want to eat first.