Accessibility links
Venezuela's Next Leader Faces Tough Choice On Oil Program During his presidency, Hugo Chavez gave Venezuelan consumers cheap gasoline. He propped up the Cuban regime, and he offered oil on preferential terms to 18 regional countries. But Chavez died before he had to confront the economic and political problems certain to plague his successor. 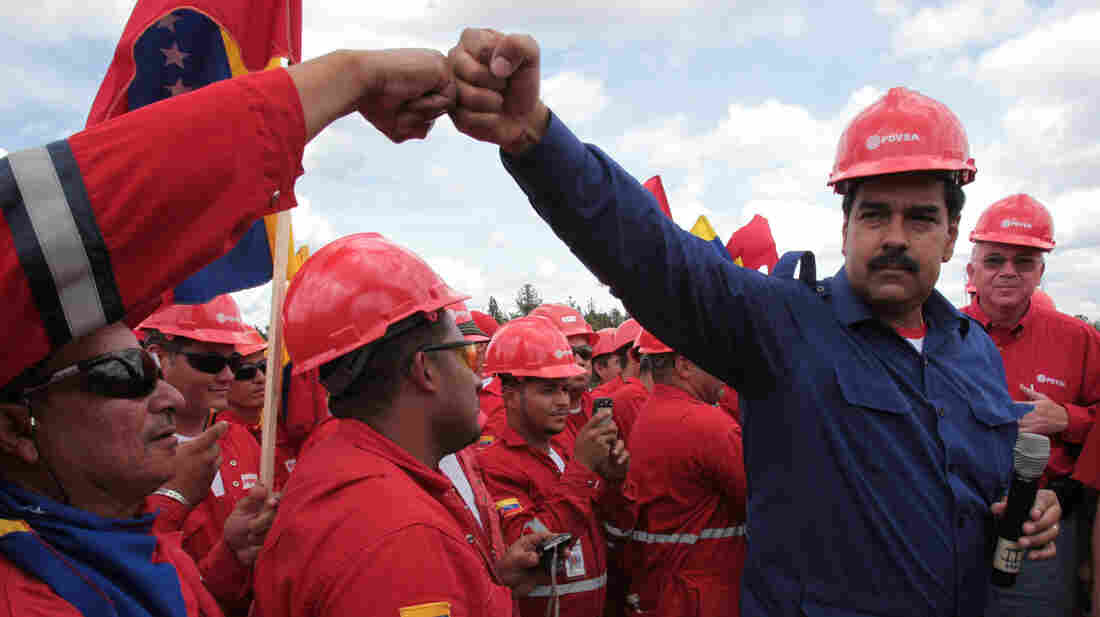 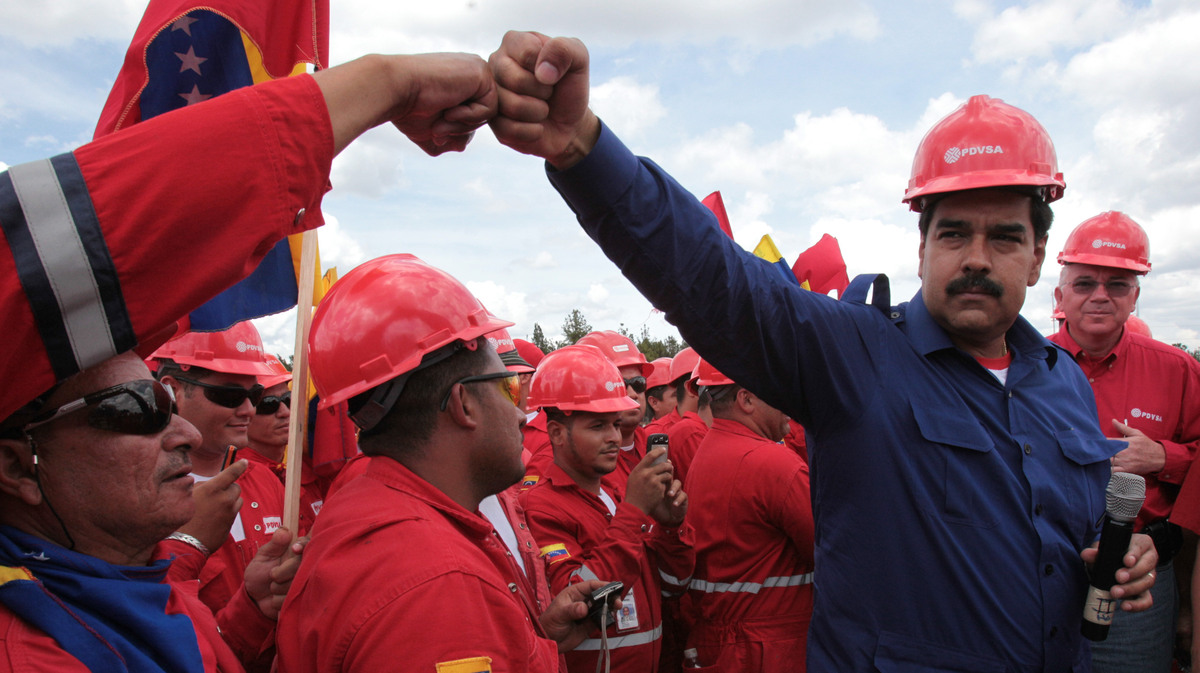 As Venezuela's president, Hugo Chavez thought in grandiose terms, and his country's vast oil riches enabled him to act on his vision. But Chavez died before he had to deal with the flaws in his model, and some hard choices await his successor.

Key to Chavez's notion of "21st Century Socialism" was the redistribution of Venezuela's oil earnings. The country's oil reserves — estimated by the Organization of Petroleum Exporting Countries to be the largest in the world — are worth tens of billions of dollars a year in potential revenue.

During his presidency, Chavez diverted much of that potential wealth to Venezuelan consumers in the form of cheap gasoline (18 cents per gallon or less). He propped up the Castro regime in Cuba, and he offered Venezuelan oil on highly preferential terms to 18 Caribbean and Latin American countries through an energy alliance he called PetroCaribe.

Oil production in Venezuela declined sharply under the Chavez administration, however, largely due to inadequate investment in the energy infrastructure, inefficiencies in oil industry management, and the replacement of skilled oil technicians and managers with political loyalists.

The drop in oil production — more than 7 percent just in the first quarter of 2013 — is severe enough to call into question whether the Chavista oil welfare programs can be sustained. For the Caribbean and Latin American countries that have been benefiting from the PetroCaribe program, it is a time of great anxiety.

Chavez saw the energy alliance as a way to free the member states from U.S. energy imperialism.

"There's no one who can slow our ever-faster march toward our great historical goals," he said, defining PetroCaribe as "energy unity."

For poor countries, the PetroCaribe deal was irresistible. Typically, they had to pay cash for only half the oil they received. The rest they got on credit, financed over 25 years at 1 percent. Among those who eagerly signed up for the program was Haiti.

In reality, PDVSA makes money from only a small proportion of the oil it produces. Now, can that continue? I don't think so.

"Any country that would benefit from such a credit would take advantage of it," says René Jean-Jumeau, Haiti's minister of energy. "There's not even a need to justify this. Haiti is a struggling economy, and this is a great advantage for us. We consider it extremely important."

In the Dominican Republic, PetroCaribe was key to the country's 2008-2009 financial stabilization program. "By allowing us to defer the oil payments, it was a big, big thing for the government," says Juan Carlos Russo of the Pontificia Universidad Católica in Santo Domingo.

To be sure, there were strings attached: Chavez wanted the PetroCaribe countries to support his ideological crusade against the U.S. Some did so enthusiastically. Others largely ignored the Chavista rhetoric.

"A lot of these countries looked at this thing in a practical manner," says Jeremy Martin, director of the energy program for the Institute of the Americas at the University of California, San Diego. "They were able to stomach the ideology as long as they could get such a wonderful financial deal."

For countries such as Haiti, Jamaica and the Dominican Republic, the cheap oil from Venezuela could not have come at a better time, with energy prices rising and the world economy in crisis.

"Most of these countries have no domestic supplies of oil and gas," Martin notes. "If they do, it's minimal. These are energy-starved countries. And so they became absolutely addicted [to the PetroCaribe program]."

What Does Venezuela Get?

But whether the deal is good for Venezuela is another question.

"In my economic mind, I would say, 'Why are they willing to sacrifice this much?' " says Russo. The Dominican Republic is repaying its oil debt to Venezuela partly in string beans.

Jorge Piñon, who previously worked in Latin America for the Amoco and Shell companies, notes that all the oil that Venezuela provides on easy credit terms to other countries could have been sold for cash on the global market.

"To Venezuela, from a cash-flow point of view, this represents close to $5 billion a year of revenue that they're missing," Piñon says.

The state-owned oil company Petroleos de Venezuela, S.A. also donated oil to low-income families in the United States. There were the oil subsidies for Cuba. Plus, there's all the oil that goes for cheap gasoline for Venezuelan drivers.

"In reality, PDVSA makes money from only a small proportion of the oil it produces," says independent energy economist Roger Tissot, who specializes in the Latin American energy market. "Now, can that continue? I don't think so."

Venezuela's problem is that its oil production is declining, in part because of the lack of reinvestment and the politicization of PDVSA operations under the Chavez government. Unless oil prices move sharply higher, the country will face a significant loss of oil revenue.

"In 1997, PDVSA was producing 3.5 million barrels a day," notes Piñon, now an energy analyst at the University of Texas at Austin. "Today they are about 2.8 million barrels a day. It shows you what a bad job the Venezuelan government has done in managing their national oil company."

Chavez died before he had to confront the economic and political problems certain to plague his successor. Venezuela's next president won't be able to maintain the oil industry, subsidize gasoline at home, spend oil revenue on social programs and share Venezuela's oil wealth with his Caribbean and Latin neighbors. Something has to give.

If it's a choice between serving domestic needs and maintaining the sweetheart oil deals with other countries, the PetroCaribe nations may be in for a disappointment.