Accessibility links
How Hugo Chavez's Policies Affected Ordinary Venezuelans Ahead of this weekend's election to elect a successor to the late President Hugo Chavez, Morning Edition visits a poor neighborhood that was a center of support for Chavez during his 14 years in power. 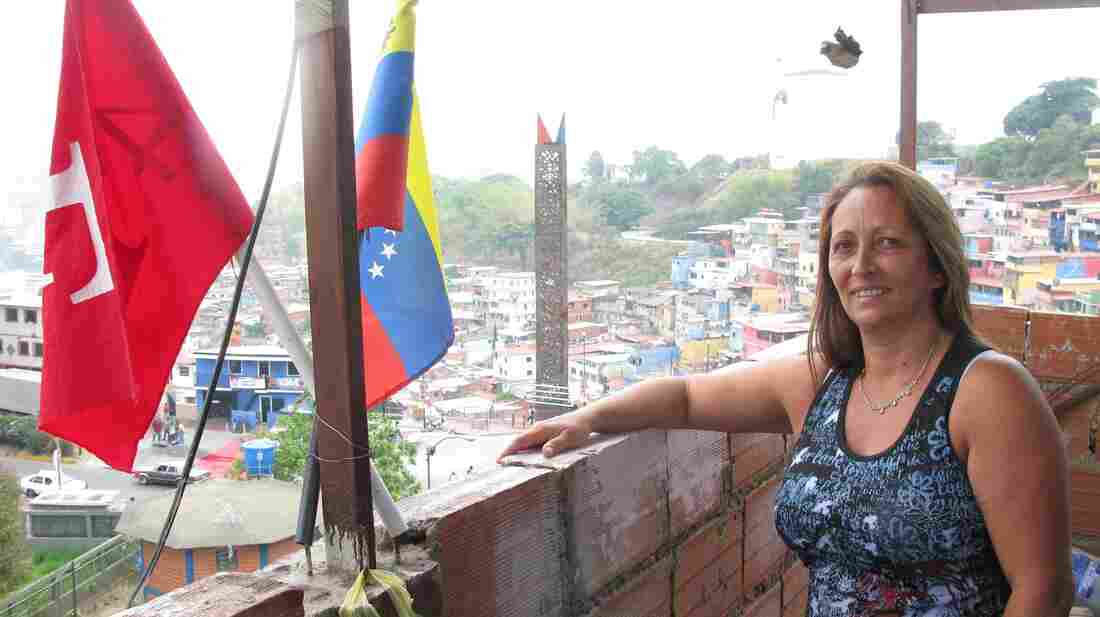 Maria Colmenares lives in a concrete-block house on a mountainside overlooking the presidential palace in the Venezuelan capital, Caracas. Her story says much about the oil-rich and turbulent Latin American nation. Nishant Dahiya/NPR hide caption 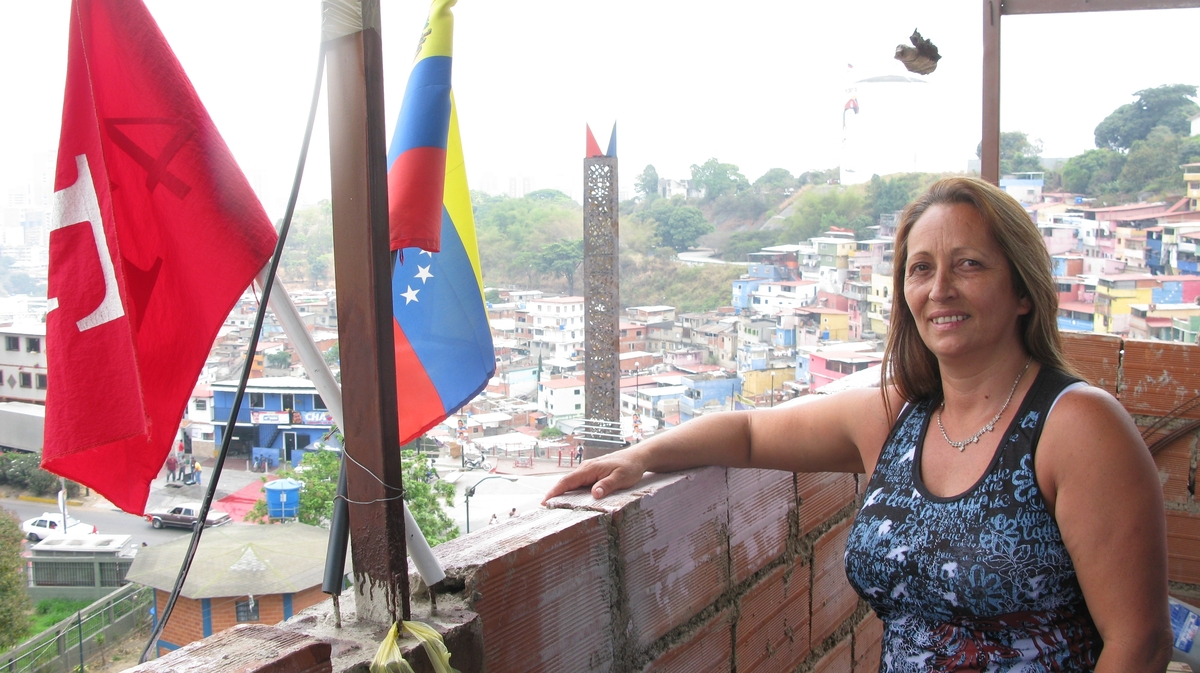 Maria Colmenares lives in a concrete-block house on a mountainside overlooking the presidential palace in the Venezuelan capital, Caracas. Her story says much about the oil-rich and turbulent Latin American nation.

In the days before elevators, there was no such thing as a penthouse on the top floor. The highest floors of a building had cheaper rents because the stairs were hard to climb.

Caracas, Venezuela, is organized roughly the same way, with many poor neighborhoods climbing up the sides of a mountain valley. Some of the poorest homes are among the most remote, accessible not by any road but by alleyways and long flights of stairs.

Up one of those flights of stairs, we found a woman whose life says a lot about Venezuela and by extension about Latin America. Maria Colmenares lives in a concrete-block house on a mountainside overlooking the presidential palace.

She lives a modest life in this home with its spectacular view. She's turned part of her living room into a tiny store, where she sells snacks like Doritos and chupetas, or lollipops. We're going to dwell on her story because the details say so much about this vital, oil-rich and turbulent Latin American nation.

Consider the lollipops. She says grown-ups also buy them to suck on while watching television. Often in recent years, that would mean they'd be watching the late President Hugo Chavez, who regularly seized the airwaves.

Chavez has affected her life since 1992, when he attempted to seize power in a coup. "I am a survivor of the coup," she says. Then-Lt. Col. Chavez tried and failed to take power, and during the battle nearby, the army machine-gunned houses on this hillside. Bullets struck Colmenares' house as she crouched with her daughter inside.

Six years later, the man she loyally calls the Comandante won power through an election, promising help for the poor. And in some ways he delivered.

"All of us have property documents," she says, "and most of us title to the land" — a vital change. This was an informal neighborhood, of the kind you find across Latin America, where people built on the hillsides but never formally possessed the real estate.

The houses on this hillside were built with no streets anywhere near, but the Chavez government poured concrete on the narrow alleyways between them.

Not only that, the government paid to improve the bathrooms of many homes, and provided many houses with new roofs — corrugated metal like the old ones, but red.

But this is the point where the oddness of the Chavez regime begins to reveal itself: Colmenares didn't actually need a new roof.

The old one was fine, she says, but the government had a big idea. As Colmenares understood it, this area would become a tourist district, and a new train would take people to this city of the red roofs, as it would be called.

That was seven years ago. There's still no train. Like a number of grand ideas under Chavez, the project never finished.

More troubling for Colmenares are growing shortages of goods. She's had to narrow the food selection in her store. Inflation drives up the prices she pays for what she does stock. And she can't pass on all the costs to her customers.

And yet despite these increasing problems, Colmenares is ready to vote this weekend — and vote for the man Chavez favored.

"This is my man," she says, holding up a poster of Nicolas Maduro, Chavez's chosen successor. "This is the man."

Posters showing the mustachioed face of Chavez's preferred replacement hang all over this neighborhood. As we continued walking the narrow alleyways in this barrio, we began noticing signs of discontent.

Some people whispered they'll vote for the opposition candidate Henrique Capriles, who says he'd be more pragmatic and less divisive than Chavez. But they were afraid to say that out loud. A pro-Chavez militia group controls this neighborhood.

We chatted with a militia member on a motorcycle, distributing even more Maduro posters. His job is to "raise revolutionary consciousness," he said, but this short and emotional presidential campaign is apparently no place for a thoughtful discussion of socialism.

So the Chavez presidency had a mixed record in helping the poor; but surprisingly, its record was also mixed toward some of the capitalists Chavez denounced.

In some of the lower altitudes of Caracas, in the valley of the central city, we met German Garcia Velutini, who's on the other side of Latin America's economic divide. Chavez nationalized some industries, but not the bank where Velutini works.

The bank is loaning money to the government as part of a scheme to pass on loans to the poor for houses and apartments. The bankers are able to charge high rates.

"In the history of the Venezuelan banking system, banks have made the most extraordinary profit with this government," Velutini says.

Why didn't Chavez take over more of the banks?

So the government has worked with the bankers it has. For rich and poor alike — for Hugo Chavez supporters and opponents alike — his 14 years in power did not turn out quite like anyone could have expected.