Accessibility links
Frustration Mounts Over Unresolved Border Patrol Shootings Nearly 20 people have been killed by Border Patrol agents along the Southwest border since 2010. Some agents have been exonerated, but for those who have not — and victims' families — justice drags on. 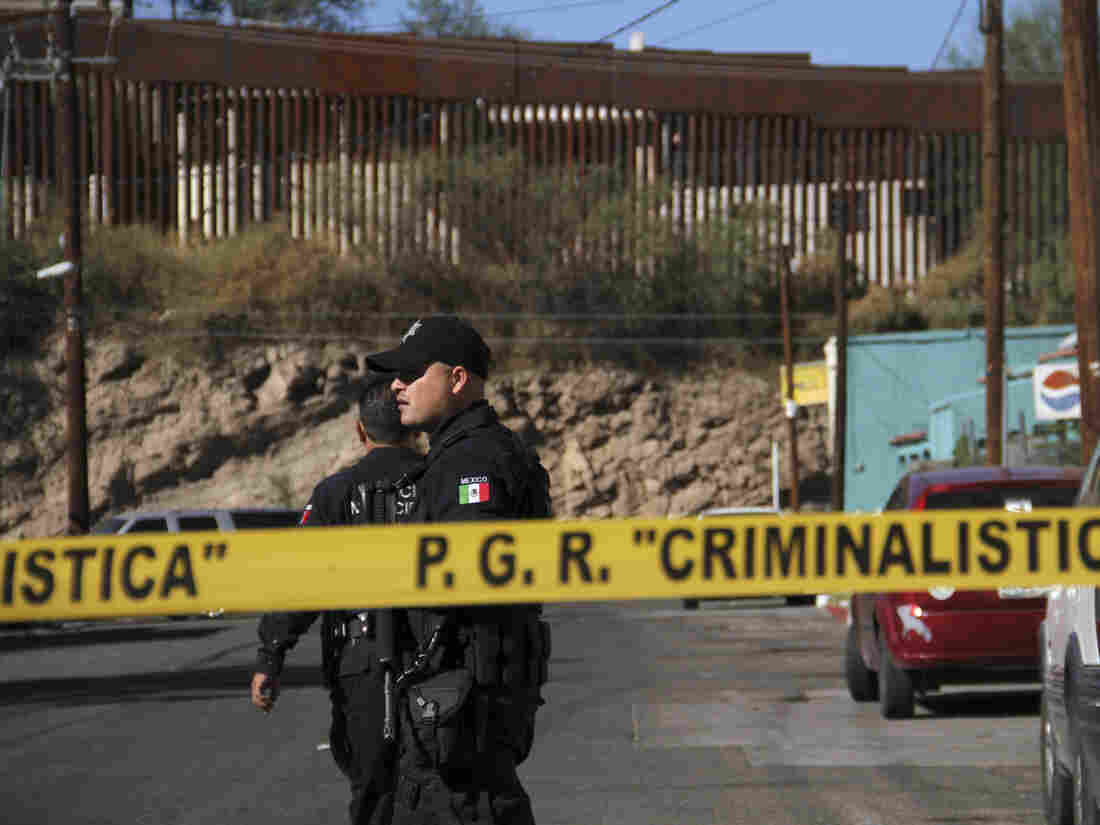 An investigator inspects a crime scene where a 16-year-old was shot. At least one U.S. Border Patrol agent shot into Mexico after rocks were thrown at him, hitting the teen. Reuters/Landov hide caption 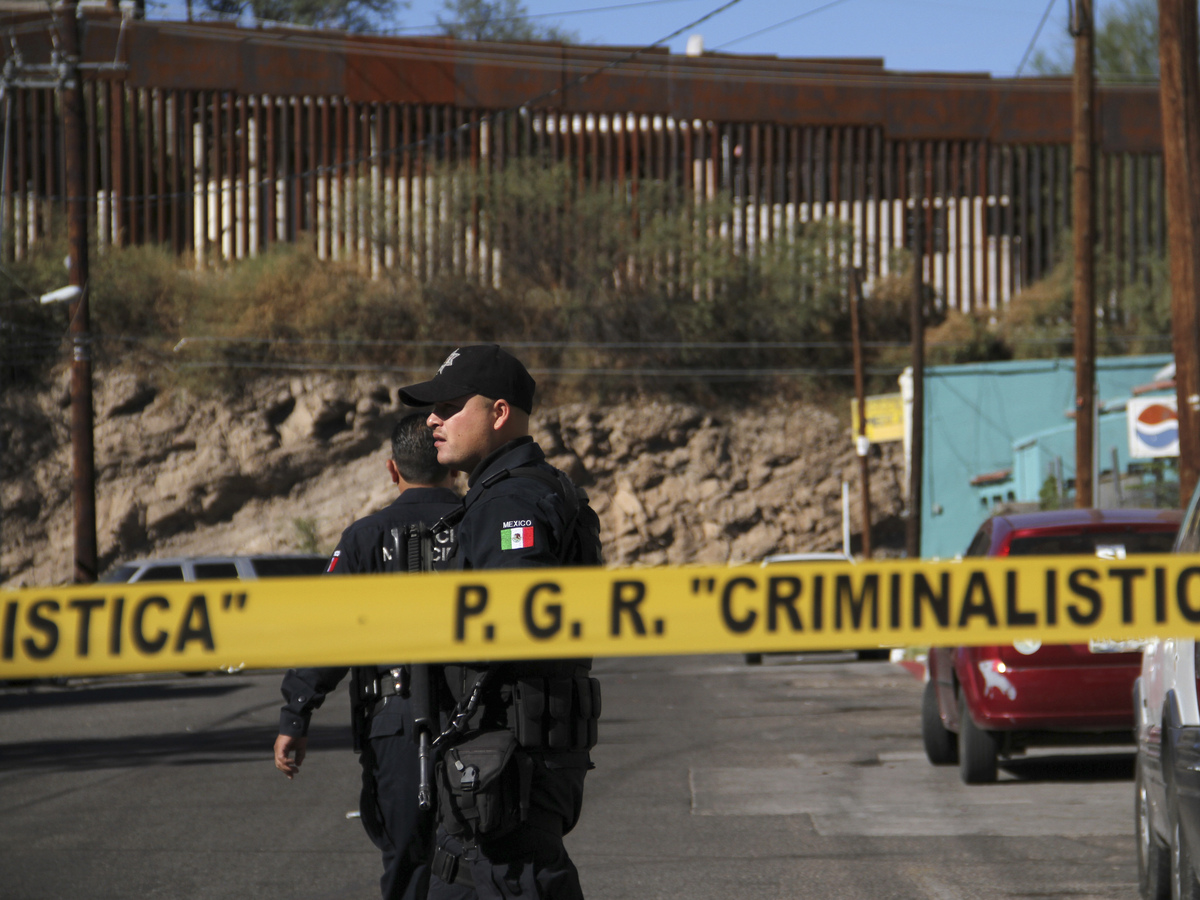 An investigator inspects a crime scene where a 16-year-old was shot. At least one U.S. Border Patrol agent shot into Mexico after rocks were thrown at him, hitting the teen.

Reducing illegal immigration — a key requirement for any immigration overhaul — is largely up to the U.S. Border Patrol. That agency has doubled in size over the past decade. It's now the largest law enforcement agency in the country.

Critics say the agency has become overly zealous in its mission and faces little accountability. In the past three years, agents have killed nearly 20 people along the Southwest border — and few of those cases have been resolved.

Six months ago, Jose Antonio Elena Rodriguez lay dead on the sidewalk on the Mexican side of International Street — one of two identically named streets divided by an 18-foot steel border fence. He was shot eight times, including twice in the head and five times in the back.

Border Patrol agents and Nogales, Ariz., police had been chasing two men who dropped marijuana bundles on the U.S. side, then fled back to Mexico.

Border Patrol Agent's Death May Have Been Accidental

Rocks flew at the agents, and at least one agent fired through the fence into Mexico. There is no indication from Mexican police, from an autopsy, from ballistic reports or from a witness that 16-year-old Elena Rodriguez was involved.

"The reports clearly indicate that he did not have any type of weapon in his hand, any type of rock, any type of nothing," says Luis Parra, the lawyer representing the Elena Rodriguez family. "He had a cellphone in his pocket."

He says the boy was simply walking home. In six months, the family has heard nothing.

The boy's mother, Araceli Rodriguez, is frustrated by the lack of progress. 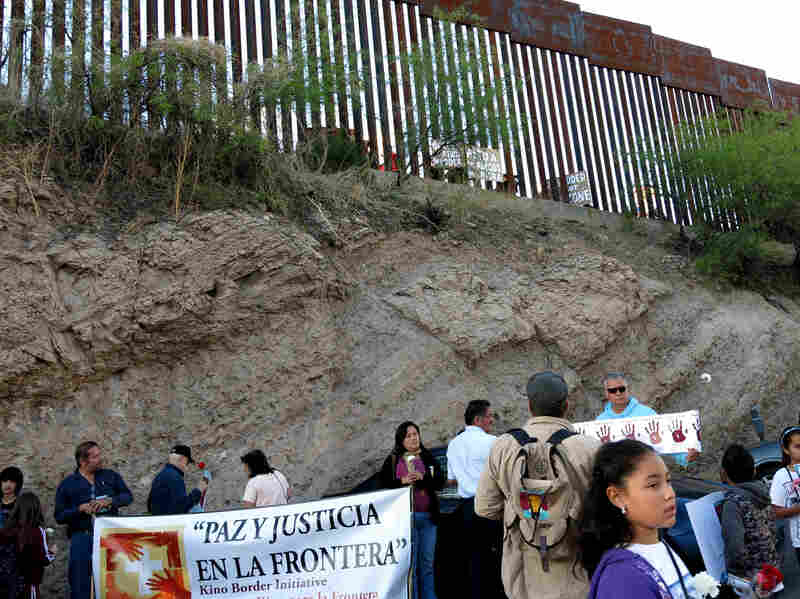 About 100 people gathered at the U.S.-Mexico border for a vigil in memory of Mexican teen Jose Antonio Elena Rodriguez, who was shot by a Border Patrol agent. Ted Robbins /NPR hide caption 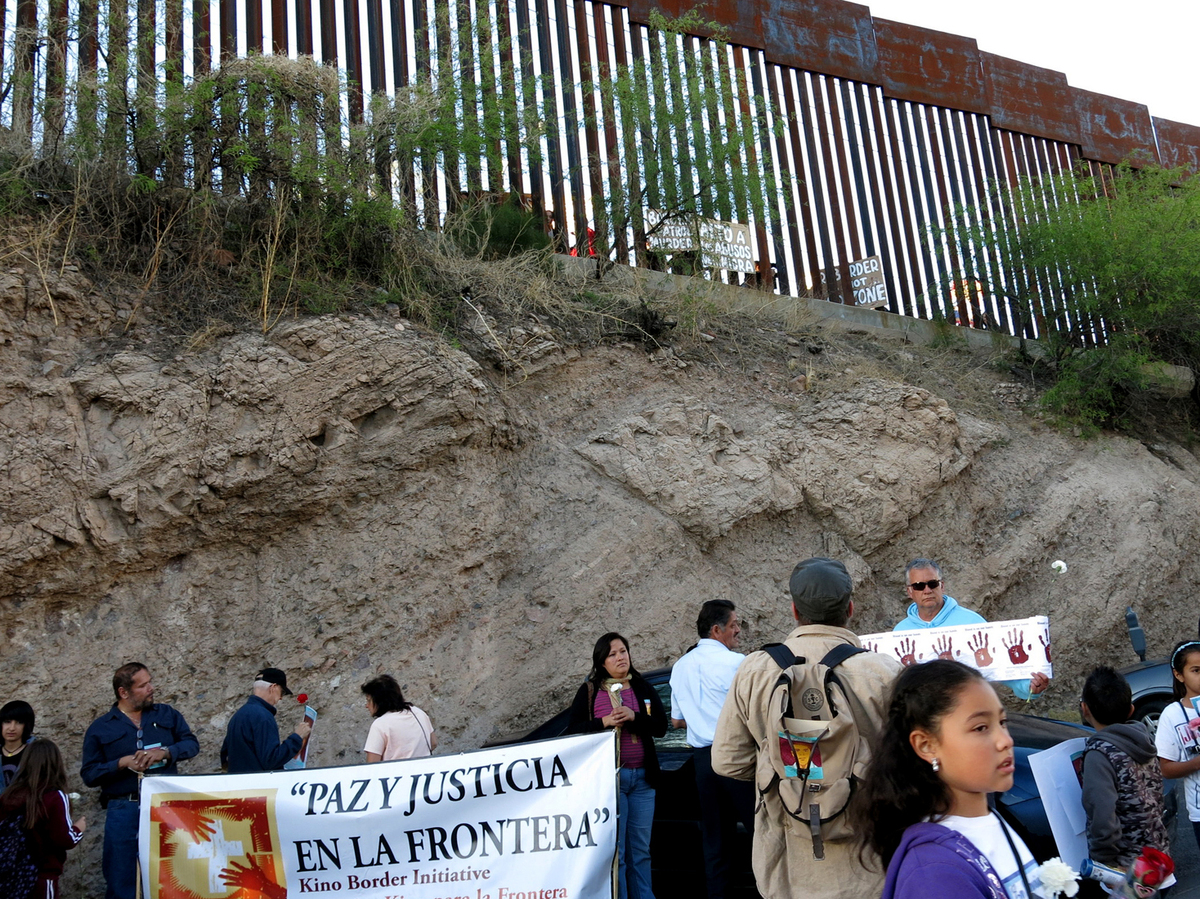 About 100 people gathered at the U.S.-Mexico border for a vigil in memory of Mexican teen Jose Antonio Elena Rodriguez, who was shot by a Border Patrol agent.

She says she wants justice. She wants to know who the agents are. They are making it difficult for other agents trying to do their jobs, she says.

The FBI and the Border Patrol both say an investigation is ongoing, but neither would comment on the case. The frustration over lengthy investigations, secrecy and a lack of accountability is not unusual.

NPR is aware of numerous cases that are either unresolved or still secret after years. Sometimes the investigations are done by local law enforcement, sometimes by the FBI.

Shawn Moran, vice president of the National Border Patrol Council, says the real delay happens because the Border Patrol itself waits to start its own internal investigation.

"It's the Border Patrol's unwillingness to run a concurrent administrative investigation while the criminal investigation is going on that holds back these cases," Moran says.

The agency wouldn't confirm that, but Moran says he was involved in a shooting case in which he was cleared after three years. Some, even many, of the shooting cases may be justified.

But the secrecy even after a case is closed means the public never knows. The names of the agents involved are often not released — which means victims and their families can't move forward with civil suits in the absence of criminal charges.

About 100 people gathered to pray Wednesday evening where Jose Antonio Elena Rodriguez was killed. Bullet holes are outlined in red marker on the wall above the spot. Other mourners stuck their heads through the fence across the street on the American side.

Even though there's no evidence Elena Rodriguez was involved, Roberto Montiel, another of the family's lawyers, says gunfire in response to rock throwing is excessive use of force. But again, what upsets him as much is the fact that there's been no contact in six months.

"I'm embarrassed that our government would allow an officer to shoot a young man and not respond to the family in one way or another. It's shameful," Montiel says.

Last year, Congress asked for a review of the Border Patrol's use of force. That review is ongoing.