Accessibility links
Oil, Chavez And Telenovelas: The Rise Of The Venezuelan Novel Although Venezuela has a rich literary culture, its writers remain largely unknown outside of the country. Marcela Valdes traces the intersection of literature and politics in the large Caribbean nation, showing the forces that have kept Venezuelan writers from getting the praise they deserve. 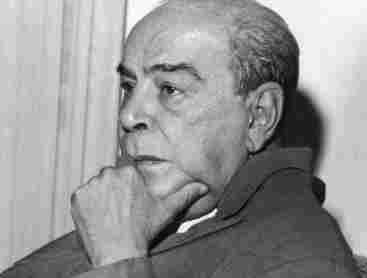 Marcela Valdes is the books editor of The Washington Examiner and a specialist in Latin American literature and culture.

For more than 40 years, the most important book prize in South America has been bankrolled by the region's most famous petro-nation: Venezuela. Yet Venezuelan novelists themselves rank among the least read and translated writers in the entire continent. Over and over again as I worked on this article, I stumped editors and translators with a simple question: Who are Venezuela's best novelists?

"If you were to ask me about Mexico or Nicaragua ..." one translator hedged. A second tried guessing that "there can't be a lot happening in a country that basically represses." A third editor was more frank. "I know zip about the country's literature," she confessed. "How embarrassing."

Yet since 1967, a Venezuelan award, the International Novel Prize Rómulo Gallegos, has been the kingmaker of Spanish-language book prizes. Among the crowned: Mario Vargas Llosa, Gabriel García Márquez, Carlos Fuentes, Elena Poniatowska, Roberto Bolaño, Javier Marías, Enrique Vila-Matas and Ricardo Piglia. Gerald Martin, whose biography of García Márquez covers more than 70 years of literary history, judges it "the only Latin American prize which does the same for Latin America as the Nobel does for the world." 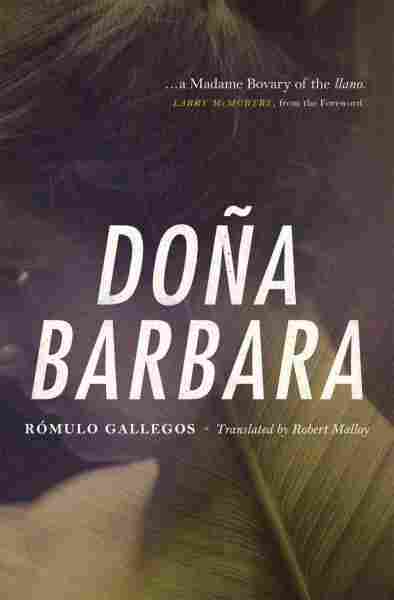 Rómulo Gallegos himself wrote Venezuela's most influential novel, Doña Barbara. Published in 1929, Doña Barbara is at once a political tract, a national icon, a precursor to magical realism and a pop culture sensation. It has spawned two movies, an opera, three telenovelas and hundreds of YouTube mash-ups.

"Doña Barbara is exactly Gone With the Wind for Latin America," says Brown University professor Julio Ortega. Its action — the power struggle between a sexy, barbaric woman and a young, idealistic technocrat — mirrors the clash between feudalism and modernity that consumed South America in the early 20th century.

It also makes for a great, cleavage-baring script. Here's an early description of the villain: "She's a woman who has pocketed heaps of men, and she never misses when she begins sweet-talking. She gives a man a love potion and ties him to her apron-strings, and then does what she likes with him, because she knows witchcraft." Who could resist filming a soap opera from lines like that?

Gallegos was a politician, and Doña Barbara is, in part, his shot against Gen. Juan Vicente Gómez, the dictator who ruled Venezuela for 27 years. In 1947, Gallegos himself was elected president by a landslide, becoming the country's first civilian leader. Nine months after he took office, he was tossed out by a military coup.

In exile Gallegos asserted that U.S. oil companies had backed his ouster because he'd hit them with a 50 percent tax on profits. Yet if oil subverted his presidency, it also financed the prize that bears his name. Oil profits allowed Venezuela to create three major literary institutions: the Rómulo Gallegos Center for Latin American Studies, the Ayacucho Library Foundation and the publishing house Monte Ávila.

These institutions published, promoted and salaried Venezuelan writers for decades. Because of them, Venezuelan cultural critic Michelle Roche explains, Venezuelan novelists never looked to multinationals like Anagrama or Alfaguara to sell their books. Nor did they emigrate to seek better fortunes abroad. The government of Venezuela was the only patron they needed. So much so, Roche says, that "writing for the reader was considered superficial."

Everything changed when Caracas erupted in riots and looting in February 1989. After the so-called Caracazo, University of Connecticut professor Miguel Gomes explains, "Everyone opened their eyes. They didn't think they belonged to that kind of Latin American country. And then Chavismo came."

Chávez upended the old state system that fiction writers depended on for income, firing staff and importing intellectuals from Cuba. His monetary policies also made it expensive to import books, which forced booksellers to look for novels closer to home. The upshot: Venezuelan fiction boomed with major new works by authors like Federico Vegas, Francisco Suniaga, Ana Teresa Torres and Slavko Zupcic. These days, says critic and journalist Boris Muñoz, Venezuelan fiction has "opened up to find a bigger audience, through noir novels, historical novels, without renouncing its own Venezuelan idiosyncrasies." 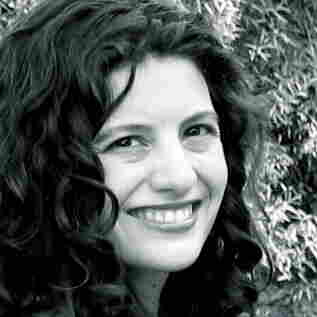 Marcela Valdes was a founder of Críticas, the English-language magazine devoted to Spanish-language books. She is now serving her second term on the board of directors of the National Book Critics Circle. Pedro Valdes hide caption

Among the most important writers of this new wave is Alberto Barrera Tyszka. His first novel, The Sickness, is a swift, piercing story about a doctor who must decide whether to tell his own father that he's dying of cancer. In 2006, it became the first Venezuelan work to win Anagrama's coveted Herralde Award for the Novel. Since then, it has been translated into six languages. In England, it was a finalist for The Independent's foreign fiction prize.

Chávez may have indirectly spurred the resurgence of Venezuelan fiction, but his officials have also kneecapped Venezuelan novelists abroad. Translator David Unger told me that at the La Paz International Book Fair in 2006, he was stunned to hear Venezuelan officials announce that they would not sell books at the event because they opposed the commercialization of literature. Venezuela was the fair's featured country; it had brought authors to Bolivia to participate in the fair's panels as well as some 25,000 books. Yet rather than sell those copies to the editors, critics and translators who could help bring attention to Venezuelan authors, officials hauled the books to the streets of La Paz and to the impoverished town of El Alto, where they gave them out for free. Many were snagged by book pirates.

"It just seemed like this typically absurd moment in Chavazean reality," Unger says, "where you think you're giving books away to 'the people' who are mostly native Bolivians who can't read Spanish, and all these sharks went up there and sold them and made a lot of money."

That may be why in the past several years two separate delegations have traveled from Venezuela to Guadalajara, Mexico, where Latin America's most important book fair is held every fall. One delegation is organized by the government of Venezuela. The other is assembled by Venezuela's new clutch of independent publishers. "We finally have a strong literature," Roche says. "This market is very slow, but I'm positive that [the translations] will come." Until then, as Venezuelan critic Antonio Lopez Ortega says, Venezuela's fiction will remain "the Caribbean's best kept secret."

In the course of reporting this story, I was told about more than 30 Venezuelan writers who deserve to be better known in the United States. Only a handful of them have been translated into English. Below you find a list of ones who are making their way into my personal library because their novels sound too good to pass up.