Accessibility links
Mike Rugnetta: Ask Meme Another This week's Very Important Puzzler sits down with Ophira Eisenberg to talk about hosting the PBS web series Idea Channel and what exactly makes a video go viral on the Internet. Plus, we pit him against a member of the listening audience for a quiz about memes. 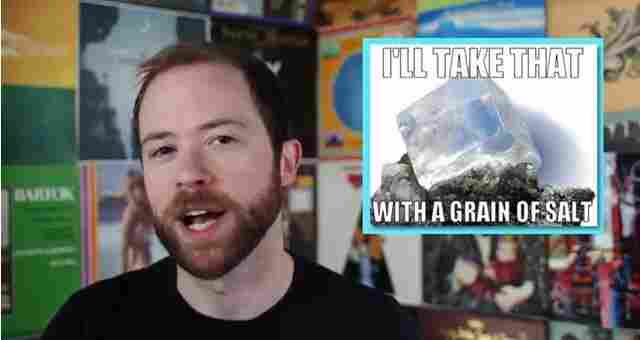 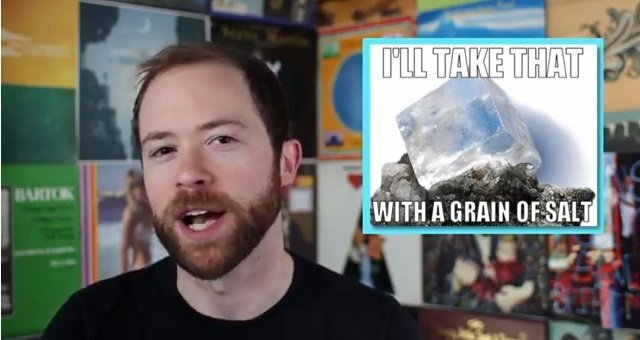 As the host of the PBS web series Idea Channel, Mike Rugnetta believes that technology holds the power to make us happier. Or at least the version of happy in which you can order an obscure book on Amazon and receive it within two days. His inventive videos tackle some of life's most pressing questions, such as, "Does playing Dungeons and Dragons make you a more successful person?" and "What are the similarities between Santa Claus and professional wrestling?"

When Rugnetta joined host Ophira Eisenberg on the Ask Me Another stage, the conversation turned to his time spent hosting Know Your Meme, a web series devoted to documenting the Internet's most viral permutations. He explained that, much like genetic material, memes move across generations quickly... especially when they involve a cat, or someone falling down. He also described his vision for the future, which involved heads in jars hooked up to iPhones. On hover boards. With jetpacks.

As a bit of an Internet sensation himself and given his experience, Rugnetta should, in fact, know his memes. So we pitted him against a member of our listening audience for a quiz about phrases, images, and videos that have gone viral on the Internet, from Rickrolling to Keyboard Cat.

Mike Rugnetta is a Boston-born, Brooklyn-based composer, programmer and performer. Mike's musical works involve trying to find a nice, happy medium between folk music, improvisational techniques and contemporary electronic composition - hoping to retain what make those things fun and exciting (assuming you already find those things fun and exciting). He is also one third of the fast paced, performative lecture trio MemeFactory which has spoken world-wide about Internet Culture. Mike is left-handed and his favorite kind of tea is lapsang souchong. He is a graduate of Bennington College.

In an episode of PBS Idea Channel, Rugnetta explains how knock-offs prove the value of a name brand.